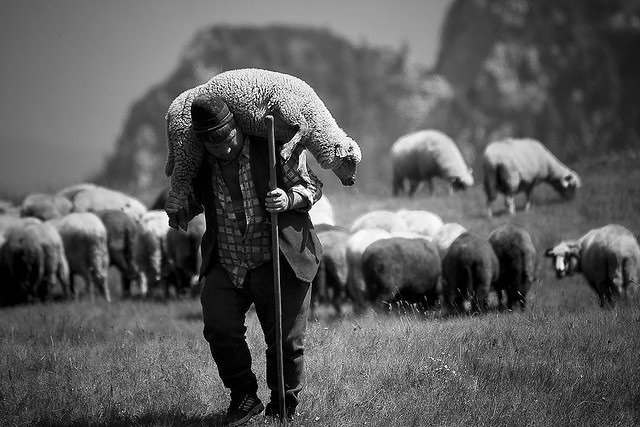 A solemn day on the hillside

Mr. Bakhtari is now my friend.  I’ve only met him once, I’ll probably never see him again, and I don’t even know his first name, but Mr. Bakhtari is now my friend.  He showed me his friendship not by words but by actions.  I met Mr. Bakhtari at Heathrow Airport last month.  Gelind and I got off the plane from Newark, made it bleary-eyed through passport control and customs, picked up our bags and made our way out into the arrivals lounge, where My Bakhtari was waiting with a handwritten sign bearing my name.  He was the driver of the taxi I’d booked to take us from Heathrow to Stansted – London’s third airport, 40 miles away.

Amazingly, the orbital motorway around the city was running smoothly, and we made it to the hotel at Stansted Airport without mishap.  Until, that is, we checked in, went to our room, and I realized I’d dropped my phone in Mr. Bakhtari’s cab.  I rushed down to the hotel lobby like a deep-sea diver whose oxygen tank had just been ruptured by a shark.  How could I survive this?  I sprinted outside to the place where Mr. Bakhtari had dropped us, and he was gone.  It was 10pm and we were scheduled to check-in for our flight to Italy at 5am the next day – well before Mr. Bakhtari would discover my phone in the back of his cab.

I contacted the taxi company, who were not at all interested in my phone or, it seems, in my custom the next time we want a taxi from Heathrow.  So, we left for Italy with that hopeless feeling that I’d never see my phone again.  And what would I do without my phone?  I’m a relatively late convert to smartphones – I’ve only had one for five years, but in that time I have become addicted and I can’t live without it.  So imagine my joy and surprise when I received an email on my laptop from Mrs. Bakhtari.  She had opened my phone worked out that I was the owner, found my email address and contacted me.  With my faith in human nature soaring, I told her that I was in Europe for two weeks, but asked if her husband could go the extra mile and drop it off at the hotel at Heathrow where we’d be two weeks later before our flight back to Newark.  And she said he would.  And not only did he return the phone, but he gave me a box of chocolates and his empathy in the extreme trauma of being without my phone for two weeks.  Now, the British are famous for being miserly tippers.  We don’t tip in British restaurants, and for us to tip a taxi driver they have to be Lewis Hamilton.  But I left an envelope for him at the hotel reception containing 25 pounds, which is without doubt the largest tip he’ll ever receive; that is the measure of the joy I felt at being reunited with my phone.  It was worth that extravagance because Mr. Bakhtari is now my friend.

It was a solemn day on the hillside.  It always was when this tragedy played out, as it did this time every year.  The sheep were now fully grown, leaving the wolves with less easy pickings.  The predators grew more brazen in their hunting, lurking not far from the flock, obsessively staring at the sheep from the margins.  The human had stopped his work, placed his staff on the ground, eased himself onto a bolder, removed his lunch from his cloak, and mentally switched off.  It wasn’t really his fault, the sheep reasoned, after all he had been watching them closely all morning.  They could forgive his lapse in vigilance.  It was what happened next they could not forgive.  Hard-nosed economics demanded the shepherd accept his loss, swallow his medicine, and move on.  That is what prudent shepherds did.  The one was gone.  Nothing could now be done.  Re-focus your effort at guarding the ninety-nine.  But not this shepherd.  Leaving the ninety-nine alone – alone, mind you – he picks up his crook, tucks the hem of his cloak into his belt and strides – all intensity and passion – up the hill and out of sight.  Do you hear the bleating of the ninety-nine?  Can you feel the fear of the flock?  It was a solemn day on the hillside.

Of course, it didn’t happen.  First, it’s a parable, a story made up by Jesus.  And second, sheep don’t think like that.  But imagine if they did.  What would they be saying to each other as they watched their guardian disappear over the horizon.  “Wait”, says one, “I thought he loved all of us equally.  What makes the idiot who got lost so special?  Why is he teacher’s pet?  Who died and made him king?  I say let him be eaten by wolves.  I mean, it’s a pity and all that, but he shouldn’t be so selfish.  We have never strayed, we are faithful, loyal, obedient.  We get it – behave right and the shepherd will protect us, wander off and you deserve what’s coming to you.  Some shepherd he is.  I thought he was supposed to be all goodness and light and love and compassion and justice and fairness.”  It’s a solemn day on the hillside.  If these sheep thought like humans, it would be an angry day too.

In the parable they’re sheep, in reality they are the religious professionals, critically watching Jesus welcoming the marginalized, forgiving the immoral, searching for the lost.  By extension, these other sheep may even be us.  The devout and faithful flock.  We wouldn’t stray from the safety of the shepherd.  We would not wander off, lost in our selfishness, wrapped up in our greedy consumption of grass.

The pharisaical sheep blame the strays – the sinners.  They blame Jesus too for searching for the strays and loving them.  His behavior threatens to turn the social order upside down.  The Pharisees, you see, have a kingdom to preserve – a kingdom of power, status, privilege.  It is a kingdom built on one solid foundation – they are in charge.  They are the guardians of public morality, the keepers of God.  They define who God is and tell you what God thinks.  They have God nailed down, buttoned up, and locked away.  God, they believe, is a nativist – he probably loves everyone, but they are first among equals.  Foreigners are not to be trusted, their culture and their ways are suspect, a threat to God’s true and pure religion.  According his guardians, God also has issues with people who have to work on the Sabbath, women, children, and sick and disabled people.  And now here strides Jesus, the Good Shepherd.  With a key.  And he pushes his way past the Pharisees, approaches the cell where they are holding God captive, and releases him.  God steps out of the prison where the religious have incarcerated him, and it turns out he is quite different from the god the Pharisees have proclaimed.  A God with a passion for all people with no exceptions.  A heart so huge that it bursts with love.  A vision so expansive that no one is left out.  A plan so grand that the gravest sinner is the moral equal of the holiest priest.  The name of the least important person on the least significant island in the remotest of oceans is carved on the hands of God.  Is it any wonder they try to kill him?

It’s a solemn day on the hillside.  It’s a desperate day in the kitchen.  That is the venue for another loss, not this time an animal, but a coin.  The owner has ten in all.  So losing one of them is actually more serious than the shepherd losing a sheep.  He loses 1% of his flock, she loses 10% of her wealth.  But there was possibly more to that coin than just its monetary value.  It could be that this coin is the decoration sewn into the edges of a bride’s headdress.  These coins were made of gold and they formed part of her dowry.  These coins spoke of her value, her reputation.  And so she goes to wild extremes to find it.  She sweeps the house, moves all the furniture, turns her world upside, because her world has been turned upside down.  So, this lady is not the reckless businessman that the shepherd is, risking 99% of his business to save 1%, but she still has a passionate, emotional attachment to the coin that goes beyond what we’d expect.

A lost sheep and a lost coin.  The passage finishes with a lost son – we call him the prodigal, and we read about him earlier in the year.  These three tales of lostness are stories of God’s uncontrolled, over-the-top, absurdly out-of-proportion love.  He waits, he paces, he scours, he searches, he spares no expense, no risk, no effort.  The extravagance of a celebration is directly linked to the greatness of what you’re celebrating.  So when God rejoices so wastefully, what does that say about his joy when he finds a lost human?  This is not a 25 quid tip to a taxi driver who returns your phone and gives you chocolates.

Like all the stories of Jesus this one leaps from the ancient page and pierces our hearts.  It asks us a searing question.  One so urgent we must answer it today, right now.  Who are we in the story?  If Jesus is the Good Shepherd, going to ridiculous extremes to find his beloved, then who are you?  Maybe you are the lost sheep.  Well, don’t run, don’t hide, allow the Good Shepherd to find you and bring you home to the party.  Perhaps you are nervous of being found – of being seen for who you are.  And to you the message of Christ is, “I know what you’re like, I know who you are, I see everything about you, and I love you and accept you.”  Maybe you are one of the good sheep.  You have been in God’s flock for as long as you can remember.  You don’t run away and hide, you are content in the flock, staying safe and sound in the care of the Shepherd.  But maybe deep down you see God’s love for the disreputable and you resent it.  Why should outsiders be welcomed and included and given what we deserve?  Don’t be that sheep.  Share the heart of God for those on the moral margins and the spiritual sidelines.  And be a coworker with God is seeking them and bringing them to the party.  Stories of celebration.  Tales of parties.  Bring your story, and come to the feast.