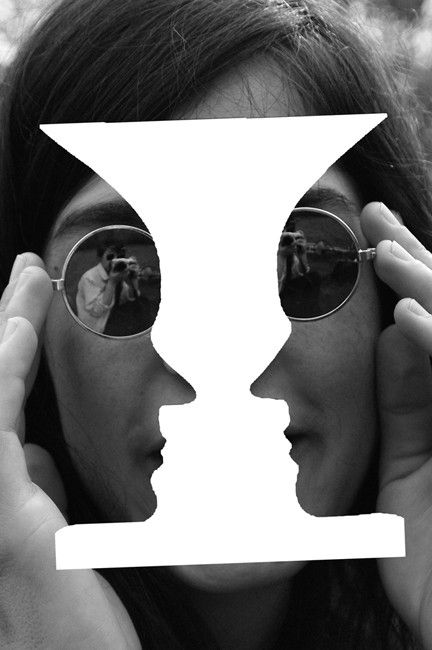 All Is Not As It Seems

When I emigrated in 2003, I plunged into American culture. I mean, I dived right in and stayed submerged for months. There were so many quirky differences from British culture. Take for example, the fact that some of you are still thinking about the fact that I said, ‘dived right in’ and not ‘dove right in’, and it’s going to obsess you for the rest of the sermon. Let it go. Embrace our diversity. Step away from the past tense of the verb to dive, and accept it’s just one of those quaint little differences between Brits and Americans.

Now, one of my favorite features of American culture is the celebration when a sports team wins a piece of hardware. In Britain they celebrate but with a hint of embarrassment, because winning is really rather vulgar. There’s this urge to apologize to the other team for making them lose. Then there’s the merchandizing of victory in US sport. So perfect has the selling of the winners become that as soon as the game is over, players run onto the field wearing tee-shirts that proclaim they are the champions. So, for example, tonight Los Angeles players will be running around sporting their championship shirts and hats. (Did I just offend half the parish?) When I first saw this, I remarked to someone how amazing it was that the shirt manufacturers got them printed in the ten seconds that had elapsed since the final whistle. They looked at me like I was an Englishman who’d just watched his first Super Bowl, which I was. Then he explained that the other team also had a vast supply of merchandise proclaiming that they were the champions. “So what happens to those shirts?” I asked. “Dunno”, he shrugged.

So, I did some research. And I found that tomorrow, hundreds of shirts and hats declaring Cincinnati the Super Bowl winners will be flown to developing countries by the NGO “Good360’. So, if you are from Ohio, you can comfort yourself that all over the developing world people will be wearing those shirts. But, all will not be as it seems. Those shirts will keep people warm, but they won’t be speaking the truth. All is not what it seems.

Blessed are the unfortunate, the disadvantaged, the despised, the victims, the people we don’t want to be like; blessed are the people who are the very opposite of blessed. Because poverty is not a blessing, is it? Being blessed is having all your needs met. Hunger is not a blessing, being full is a blessing. Tears do not grow the seeds of blessing; they are the salt water from which nothing useful grows. Aren’t they? And persecution? Tell the Christians locked up for their faith that they are blessed.

We’re used to Jesus and his upside-down world, aren’t we? Where the last shall be first and first last, where the mighty will be humbled and the lowly exalted, where the hungry are fed and the rich sent empty away, where two copper coins are worth a million dollars, where the more you give the more you have, and now – get this – where the people I don’t want to be like are the very people I should aspire to be like. This one hurts.

Now, to truly understand what Jesus is driving at in his Sermon on the Plain, we need to grapple with those two difficult words: ‘Blessed’ (Blessed are the poor, hungry and so on) and the word ‘woe’ (woe to you who are rich). They are confusing. Actually, the word ‘blessed’ is better translated, ‘honorable’. Honorable are the poor and hungry. The people we think are disadvantaged are actually worthy of honor. We reserve the title ‘The Honorable’ for judges or elected politicians, but Jesus says, “No.” We should really refer to the honorable homeless person, the honorable unemployed person, the honorable heart-broken person, the honorable persecuted person.

Why are they honored? Well, I think the reason is this – they are better able to understand life as God intended than those of us who are materially comfortable. They know that material things are superficial. They know all is not what it seems. We believe, in theory, that money can’t buy happiness, but the folk who lack it know it for sure. They must find happiness in other things. So, here’s the challenge. It is an honor to know and connect with a sad person, a poor person, a hungry person. When we cross the road or turn the page or change the channel, or click out of the website, to avoid the people Jesus calls blessed we are depriving ourselves of the chance of basking in their honor. People who lack resources are our role models. They have discovered true riches, they are the ones we should look up to, the ones we should strive to be like.

So, what about those woes. How do you like them? “Woe to you who are rich, woe to you who are full, woe to you who are laughing, woe to you when all speak well of you.” Well, let me reassure you this is not a word of despair to the well-resourced. This is not a damning judgment against wealthy people. Later in Luke’s gospel Jesus meets a wealthy but corrupt man named Zacchaeus whose life is transformed by this encounter; and as a sign of his new life, he gives away vast sums of his wealth as restitution and out of compassion for the poor. So, it’s not wealth that kills the spiritual life, but the things that often come with it – wealth can insulate people from the suffering of others, it can lead some to take their eyes off God and live as if they were self-sufficient, it can even make people worship themselves, as if their material possessions were a badge of their goodness or morality or favor in the eyes of God.

This is not a curse on rich people; it is just wisdom, isn’t it? We know this is true. We also know that Jesus loves well-resourced people. But he knows they have responsibilities, temptations, pressures that other people do not face. The wealthy man, the popular woman, the powerful person can do incredible good, and when they fail to do that, their lives are tragically shallow. They deserve pity. As Jesus says, “They have received their consolation”, but it has left them unmoved, undeveloped, immature, with an ache and a void deep inside. All is not what it seems.

In an old Jewish parable, a wealthy farmer is visited by the prophet Elijah and a young rabbi. The two arrive at the farm disguised as poor, weary travelers. The farmer banishes them to the barn, with only bread and water for supper. He has no time for visitors, he explains. He has to dig a well the next day, and in exchange for the food and shelter, they must help him dig it.

After a cold and sleepless night, Elijah gets up before dawn, leaves the barn and digs the farmer’s well. The young rabbi asks him later, “Why did you do that? This man is cruel and heartless. He neglects the sacred laws of hospitality. But you have blessed him by digging his well!”

“Yes, I’ve dug his well,” Elijah replies. “And the place where I have dug it will yield sweet water for many generations. What you don’t know is that the farmer was planning to dig the well in another place, on a piece of ground where a secret treasure chest lies buried. Because I’ve dug his well here, that treasure will go undiscovered for a hundred years: long after the farmer has gone to his grave.” What appears like a blessing is not always a blessing. All is not what it seems. Woe to the farmer, not because God is going to curse him, but because he already received the best that he’ll have. Like the guys in the beer commercial sitting round a campfire, smiling, sharing stories, with a burger and a can, “it doesn’t get any better than this”, the voiceover says. That’s kind of tragic. What they’ve got is good; very good. But is this the best? So that is Jesus’ point. Well-resourced people are missing out, because it is so easy for them to view this as the best there is. Or as Oscar Wilde put it: “In this world there are only two tragedies. One is not getting what one wants; the other is getting it.”

On the Galilean Plain, all is not what it seems. In the New York suburbs, all is not what is seems. Let us see deeply. Let us look clearly, let us survey our lives, our towns, our hearts and our neighbors with true perspective.