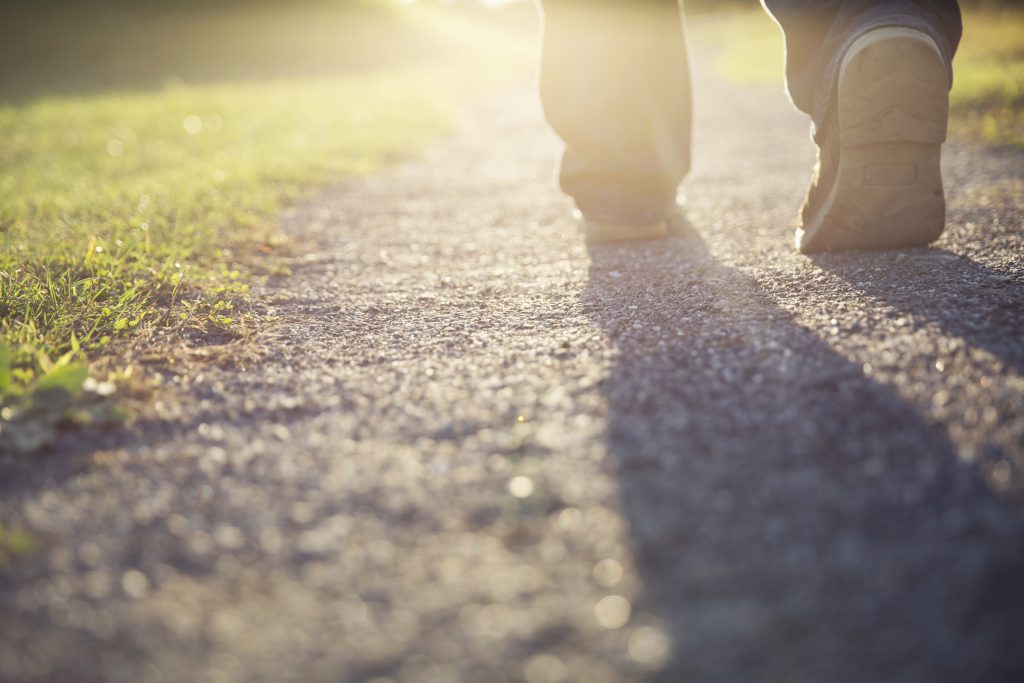 And we never even knew it

When the sun rose that morning, it was with the milky grey that often smothers the California coast at dawn.  The mist hung there like a cotton handkerchief.  Like a shroud, it hid the inspiration that she needed if she were to perform her heroic deed.  It was July 4, 1952, and her name was Florence Chadwick.

Florence was a swimmer.  My, was she a swimmer.  A native of San Diego, she had grown up like a fish in the waters of the Pacific, to become one of the world’s leading athletes in open water races.  This morning there was to be no race, however, just Florence and the 26 miles that lay between Catalina Island, where her ordeal was to begin, and the California mainland, where it was to come to a merciful end.  Three years earlier Florence became the first woman to swim the English Channel in each direction.  But that was then and this was now.  The fog that morning was so thick she could hardly see the support boats that were sailing alongside her.  Several times her friends in those boats had to drive away sharks with rifle fire. It was a demoralizing, crushing act of courage, which sadly ended after 15 hours, when Florence asked to be taken out of the water.  Her trainer tried to encourage her to swim on believing she could make it, but when Florence looked, all she saw was fog.  So she gave up . . . one-mile from the beach.  “I’m not excusing myself,” she said later, but if I could have seen the land I might have made it.”  It wasn’t the cold or sharks or exhaustion that caused Florence to give up. It was the fog.

Fog can do that, can’t it?  The fog of hopelessness will overwhelm us, sap our spirits, blind us to the nearness of glory.  It obscures God, and his promise of protection.  The fog descends in times of extreme challenge like a long swim, or a pandemic.  I don’t like the fog of unknowing.  I like things to be well-planned and perfectly-explained.  In detail.  I don’t like signposts, I want a GPS – with times, the type of terrain, and a weather forecast.  That’s one of the hardest parts of our exile, isn’t it?  The not knowing when it’ll end.  And what does ‘the end’ even look like?  How do we know when we’ve arrived?  Will we be safe to return to church with 200 other people in June, or July, or August?  Or what?  And will there be a second wave of the virus in the autumn?  And even when we are gathering together again, will it be all of us, or will there be different rules for different populations defined by age or special vulnerability?  I know ‘hate’ is a strong word, but I hate the fog.

Step out of the water now, and let’s go walking together.  Because walking is a more popular sport in the Bible than swimming.  Apparently, someone has calculated the number of miles that Jesus walked in his life, and it totals 21,525.  That’s only 3,000 miles shorter than the Equator.  Quite a long way for a person who died in their early 30s.

But the death of Jesus was not the end of his walking.  He still had a few miles to go after the Resurrection, and we read about seven of them this morning.  In the Gospel lesson it is still the Day of Resurrection, and two disciples of Jesus, a man called Cleopas and another unnamed disciple, were walking the seven-mile journey from Jerusalem to the village of Emmaus.  And as they walk they are joined by a man who is going their way.  They don’t recognize this stranger.  Maybe it is their grief that prevents them from truly seeing him, or maybe it is because their fellow-traveler is hiding his true identity.  Whatever the reason, one thing is certain – he knows a lot of Bible for someone who is apparently unaware of what has happened in Jerusalem that weekend.

Aagh.  That weekend.  Not only has their master been killed, but to add insult to injury, some of the women are talking about having seen him – alive.  Some of the men have tried to verify this crazy claim, but they couldn’t.  It seems the women were mistaken.  And we had hoped Jesus was going to redeem Israel.

Seven miles from Jerusalem to Emmaus, says Luke.  That’s all.  But here’s the thing about Emmaus.  No one knows exactly where it is.  No archaeologist has yet unearthed evidence of a village seven miles from Jerusalem.  Now, I suspect that is a good thing, and here’s why.  Emmaus is anywhere where there is no hope.  Our planet is on the road to Emmaus.  Those two disciples are walking away from Jerusalem – away from the place of the Resurrection, away from the scene of new life; and are heading to a place where there was no hope, only despair.  Walking away from the risen Christ into a dark and desolate place.  Their conversation was full of ‘if onlys’ and ‘what ifs’, and ‘how could we have got it so wrong’.  Jesus was, they said, “a mighty prophet in deed and word, but our chief priests and leaders handed him over to be condemned to death and crucified him.  But we had hoped that he was the one to redeem Israel.”  We had hoped.  Disillusioned disciples.  The road to Emmaus is a foggy one.

But there’s something about this stranger.  His words burn in the hearts of the two friends.  They are drawn to him.  They want to hear more.  And so, they ask him to stay with them in the village that they have now reached.  He agrees.  And as they sit and eat, the one whose identity they could not see takes some bread and breaks it.  And in that act of hospitality, that sacramental breaking of bread, Cleopas and his companion have their eyes opened.  And Jesus vanishes as mysteriously as he had joined them on the road.

He’d been with them all the time and they never knew it.  The fog of despair hid the Messiah.  The mist of hopelessness blinded their eyes.  But, the village of despair became the delivery suite for new hope.

He’d been with them all the time and they never knew it.  How little we followers of Jesus have changed in 2000 years.  Because this story is our story, at least, it’s my story.  Have you been to Emmaus?  I suspect you have.  We’ve set out from the city of resurrection and gone to the village of desolation.  We know that 7-mile highway.  We had hoped Jesus was going to redeem us.  We had hoped that things were going to work out differently.  We had hoped she would never leave.  We had hoped we’d get promoted.  We had hoped God would heal him.  We had hoped the business would be saved.  We had hoped things would be OK.  We had hoped the predictions of a devastating pandemic were overblown and like Sars and Ebola and Zika we would dodge a bullet.  We had hoped.  We’re on the road, and every step of the seven miles hurts because it takes us another foot away from the dream we had and the hope we’d treasured.  It’s another step towards the bleak future that we think awaits us in Emmaus, the town where the sun is setting, where darkness lives.

But just as we know that terrible trudge to the village, we know now that he was with us, and we never even knew.  Looking back we see how he really was there, all the time, hidden by the fog, obscured from sight.  O, we had tried to identify him in the fog.  We peered through the mist, we listened to our clergy, our friends, our family members tell us that God was with us, but we could just not find him in the gloom.  But then the mists cleared and we see now that he was by our side, urging us on, and bringing us at last to resurrection.  We thought we’d hate Emmaus.  We thought we’d die there.  But it was there that our eyes were opened and we saw the messiah.  We had thought he would save us.  And he did.

I used to pray that God would be with people.  If I was visiting someone in hospital or at their home, or maybe after listening to someone in my study talk about a problem they were struggling with, I would pray for them, and among other things I’d pray was that God would be with them in their situations.  I don’t do that anymore, because why ask for something you already have?  The promise of Christ to his disciples is to never leave us nor forsake us.  He gives us a pledge of his eternal and constant presence, even (or, perhaps especially), when we can’t see him or feel him.

When we get to Emmaus, when we reach our destination on the other side of Covid, we will say, “He was with us all the time, and we never knew it.  He has taken us to the place of salvation”  Oh, he took the scenic route, he was in no kind hurry, he didn’t us a GPS, but he got us there.  The place of resurrection awaits.  We’re on our way, step by step.  We can afford to be at peace, to have hope, to believe that resurrection is our destination.  So instead of praying that Christ would be present with people, I now pray that their eyes would be opened and they would know that he is with them.  Because he is.

Remember Florence Chadwick, the long-distance swimmer?  Well, I didn’t finish her story.  Two months after her failed attempt to swim from Catalina Island to the California mainland she walked down the same beach into the same channel and began to swim those same 26 miles.  And 15 hours later she waded through the shallow water and up the beach of San Pedro and became the first woman to swim that stretch of water.  And all because the fog had gone and she could see the land ahead of her.  And so may God this week give you eyes – miracle eyes, magic eyes, supernatural eyes to see through the fog of despair and to recognize the Christ who walks with you all the way down the road to an unknown village.