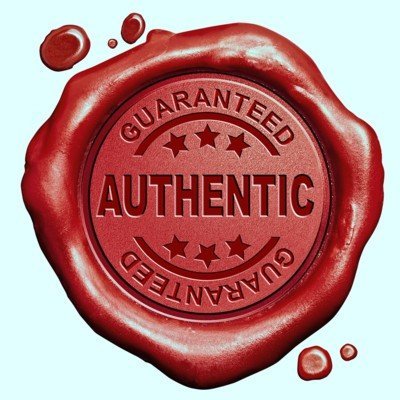 Stop me when you’ve heard of one of these people

No? Nothing? No bells rung by any of those names? Well, you really aren’t as hip as you think you are, because between them, these six people have a total of over 138 million Instagram followers. Charli d’Amelio is way out in front. With 47 million followers, she is arguably the world’s most influential influencer. No, I don’t really know what that means either. At least I didn’t until I did some research.

Fame sells; we’ve always known it and that is why sports stars or movie icons are paid absurd sums of money to endorse products. You may think that Adidas lost their minds when they gave David Beckham $160 million dollars for wearing their shirts, but someone in Adidas’s head office worked out that the amount of money they’d make from the sale of their clothes because they are worn by Beckham outweighs the obscene fortune they paid him.

Brain scientist, Jeff Stibel says, “Our minds do not do a good job of differentiating between real and make-believe, so celebrities become familiar to us. When a familiar face promotes a product, it makes it seem as if the product itself is familiar, which makes people more likely to buy it. Even though we’ve never met them, the brain regards familiar celebrities the same way it does people who are actually familiar and trustworthy to us in real life.”

But in the last few years, being normal has also become lucrative. The reason you’ve never heard of Charli d’Amelio is that she’s never really done much. She doesn’t sing and dance, she doesn’t act, she didn’t invent the iPhone or the Dyson vacuum cleaner, and she can’t Bend it like Beckham. But she has 47 million followers. And companies are willing to give big money when a photogenic normal person endorses their product to 47 million people.

There’s a reason why Influencers are called influencers. They influence people. But they influence them in pretty superficial ways – what to buy, how to look, how to smell, how to dress. Influencers avoid controversy; they try not to say anything about world events or current affairs because if they do, they will likely upset half their followers, and will lose them. It’s really the bland leading the bland. Or the brand leading the bland.

In today’s Gospel reading, Jesus commissions 70 influencers. Normal people – not the beautiful folk who populate the covers of magazines, not the glamor people who strut the red carpet, not the rock star, the movie star, the sports star who can bend it like Beckham or dribble it like Lebron, or crush it like Judge. So lacking in fame are these seventy influencers that we don’t even know their names.

Simplicity. Humility. Weakness. The Jesus’ influencers don’t go on their mission with the power that comes from wealth or accomplishment or elections. We go with the authority that stems from the roots of integrity. Jesus’ influencers do not demand our comforts, but embrace the cross. We don’t enforce our privileges, but we act as servants. We don’t exert our strength, but depend on others. The mission of Jesus’ influencers is peace and authenticity. “Whatever house you enter, first say, ‘Peace to this house!’ And if anyone is there who shares in peace, your peace will rest on that person. Whenever you enter a town and its people welcome you, eat what is set before you; cure the sick who are there, and say to them, ‘The kingdom of God has come near to you.’”

I remember as a young Christian there was a Bible verse that was drummed into me. It was an exciting sentence. It made me feel goosebumps, it gave steel to my resolve and courage to my heart. It made me stand courageous and proud, head tilted upwards, jaw set, shoulders back, like the farm workers in the old Soviet propaganda posters. I’m sure you know this verse well. It comes right at the end of Matthew’s Gospel. The risen Christ is about to return to heaven, but before he goes, he gives some final instructions to his followers. “All authority in heaven and on earth has been given to me. Therefore go and make disciples of all nations, baptizing them in the name of the Father and of the Son and of the Holy Spirit, and teaching them to obey everything I have commanded you. And surely, I am with you always, to the very end of the age.” Ooh, doesn’t that get you? All authority has been given to me – how could we fail? Let’s march on to victory and glory. Christians have known this command as the Great Commission, but long before Jesus issued it, he gave this morning’s commission to the 70. “Go on your way. See, I am sending you out like lambs into the midst of wolves. Carry no purse, no bag, no sandals; and greet no one on the road.” Take nothing but your authenticity and rely on the goodness of others. Hmm. No one in my church told me about that sending out. This wasn’t the Great Commission it is the pretty average commission, the not very exciting commission, the I’d rather stay at home commission. Where’s the power and the authority and the victory? Well they are not here. What is here is simplicity, humility, and weakness. And in case you think this is an inferior commission, look at the results. “The seventy returned with joy, saying, “Lord, in your name even the demons submit to us!” He said to them, “I watched Satan fall from heaven like a flash of lightning.”

Simplicity. Humility. Weakness. When it comes to performing the mission of Jesus, they have always been more fruitful than power, coercion, and money. Nobody has read the history of the Crusades and decided to become a Christian, but they have read about the simple, humble life of Christ and become his followers. No one has looked at the grandeur of the Vatican and the wealth of the Roman Catholic Church and decided to become a follower of Jesus, but they have looked at the life of Mother Theresa or the compassion of Pope Francis and been won over to the cause of Christ. No one has studied the imperialism that is inseparable from the history of the Anglican church and decided to become an Episcopalian, but they will when they look at you – when they see your simplicity, humility and weakness.

Jesus’ influencers influence in ways that are exact opposite of the power-plays, the manipulation, and the corruption that tragically has been a feature of church history.

If you are looking for a foolproof way to turn your family and friends off God, then let me suggest one way that guarantees success. Be a hypocrite. There is nothing like it, especially if the person you are seeking to drive away is a under the age of thirty. People my age say that young adults are cynical. They are suspicious of authority, they shun organizations, they reject institutions. But the full truth is less attractive. Whole generations have scratched the surface of institutional Christianity and found there’s something missing beneath the paint. Instead of love they’ve found dogma; instead of acceptance they’ve received judgment; instead of the liberating, joyful, transparent beauty of the Gospel they’ve encountered backstabbing, powerplays, and hypocrisy. Many people, again, often of my generation, look at the decline of mainline churches and they say we must change the way we worship if we are to attract younger generations. We need contemporary musical forms, video projectors, clergy wearing skinny jeans. But that misses the point. The Christian Church is failing to reach younger generations not because we don’t have enough electric guitars and not because some of us some of us dress up like Christmas trees. We are failing to connect with younger people because although our worship is beautiful it doesn’t change the way we live. Our churches have become institutions where power and money talk just as loudly as they do in secular places, where our words lack grace, our actions lack compassion, and our lives are simply out step with our beliefs. What the world needs from us is authenticity. If people find within our walls lives that radiate love, faces that reflect the compassion of Christ, and worship that sends us out to change the world for good, then it won’t matter that we don’t have a rock band, or that we read from leaflets instead of screens.

So, the Jesus who sent out 70 normal people to influence their neighborhoods by being simple, humble, and weak, stands before us this morning and gives us the same commission. And so we use our social media accounts to speak what is good, true, and positive. We use our family relationships and our workplaces to project a vision of life at its best – where the values of God’s kingdom are the foundations of our words and actions. Let’s go and influence.