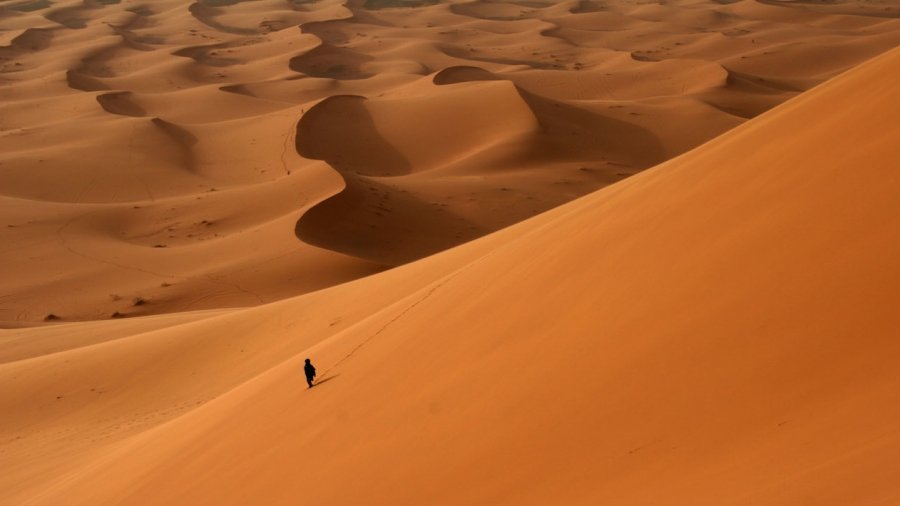 It was called Lower Court, and I feared it more than anywhere else in the world.  Even now forty years later I feel an unpleasant sensation in my stomach and a darkening of my mood when I remember Lower Court.  I went into Lower Court just twice a year, but both times caused me great anxiety and overwhelming feelings of helplessness.  It was a dimly lit, poorly heated, seen-better-days block of brick classrooms in my secondary school.  If a TV producer were looking to film a drama featuring stiff-upper lip Brits between the two World Wars, Lower Court would be the sort of place they’d film it – with its crumbling bricks and its lead drainpipes with peeling paint.  It would be the stables though and not the big house.

Actually, most of my secondary school had seen better days.  It was built in 1554, but unlike the main school building, which had received centuries of loving care befitting its historic status, Lower Court had been thrown up in the early twentieth century and hadn’t received the special attention its older sibling had.  So, just seeing it standing next to the original school gave you a depressing feeling, like you’d get if you saw a McDonalds next to St Paul’s Cathedral.

Lower Court was a testing place, and not just on the eyes.  It is where the mind and the soul of a boy were tested.  We went there for exams, and only exams.  It was the scene of some of my most disabling humiliation.  In my early teens I was a very poor student, and Lower Court proved it.  Friends who were more well-adjusted than I didn’t face Lower Court with my trepidation.  For many it actually came as a nice change to the grind of regular classes.  For them, Lower Court was also a place of testing, but it brought out the best in them.  You see, Lower Court brought out was in there – deep in the head and soul of each boy – learning in their cases, ignorance in mine.  There was no way around Lower Court.  You had to go there.  Every December and every June, just when a boy’s mind was turning to Christmas holidays and long summer vacations.  But to get to those places of joy, he had to pass through Lower Court.

There was no way around Lower Court and it brought out what was in there.

There was no way around it, and it brought out what was in here.

Where is your place of testing – the crucible that brings out what is in your heart and your soul, with no way to finesse it or spin or deny it?  I know you have one – at least one – because Jesus did, and if he had places that he couldn’t avoid and that brought out what was inside him, then what makes us think we can escape ours.

One of those places of testing was Gethsemane.  He couldn’t escape it, he had to go through it, and it brought out his humanness – his fear of pain and death, the agony of rejection by his friends, his terror at what he knew awaited him in the next 24 hours.  But it brought out the courage, resolve, humility, love, and total submission to God’s will, which were also in his human heart.  But we’re getting ahead of ourselves.  Gethsemane is forty days away.  Before we get there, we must watch Jesus endure another place of testing.  There’s no way around it, he can’t avoid it, and like all our Lower Courts, it brought out what was in him.

“And the Spirit immediately drove him out into the wilderness. He was in the wilderness forty days, tempted by Satan; and he was with the wild beasts; and the angels waited on him.”

Wait a minute.  Where is the detailed description of the boxing match between Jesus and the devil?  What has happened to the jabs of accusation and temptation – if you’re the Son of God – turn stones into bread or jump off the temple?  And where are the dodges and the weaves and the counter punches of Jesus, quoting scripture and standing firm in his resistance?  Well, not here.  Not in Mark’s Gospel.  Mark is in a hurry.  If you want the details, then read Matthew’s or Luke’s version.  Mark gives it to us in just two sentences.  Spirit, wilderness, Satan, beasts, and angels.

Jesus couldn’t get around it, he had to go through it, and it brought out what was in him.  I say he had to go through it, and Mark really wants us to know this.  The word he uses that our version translates as ‘drove’ into the wilderness, is the same verb he uses when Jesus casts out demons.  It is a forceful, almost violent throwing out.  The Holy Spirit, says Mark, takes Jesus and throws him into the desert.  There’s no getting away from this.  And there’s no way we’re escaping our places of testing, either.  It may be a difficult time at work, or a painful relationship, a physical or mental illness, a loss of income, the end of your job or business.  And did I mention a pandemic?  50 weeks ago, we were thrown into place of severe testing.  There was nothing we could have done to avoid it, we deny it at our peril, but it is bringing out what’s in us.  The message of the Gospels and especially this first Sunday of Lent, is that the testing place awaits us.  We can’t get around it, we can’t avoid it, and it will bring out what’s in us.

Where is your testing place?  For many it is the city – where the lights dazzle, where the costumes sparkle, the money talks, and the trivia swears.  For some, temptation swaggers around the big city, with its pursuit of wealth, its display of vulgarity, its strut of arrogance, its pockets of poverty and enclaves of injustice.  No time to care, too busy to show grace, got to push and shout and curse.  We expect temptation to lurk in the casino, to stalk us in the bar, seduce us in the ice cream parlor, ensnare us in the mindless gathering of experiences that glint in the neon light but fade to nothing at the dawn, and to trap us in the accumulation of objects that excite us in the mall but bore us in our homes.

But when Jesus faced his temptations he went not into the city, but the desert.  Alone.

The desert is the place where hunger depletes you, where silence deafens you, where death enshrouds you.  It’s the home, says Mark, of wild beasts.  In the desert you go mad.  The isolation muddles your mind, the heat plays tricks on your eyes, the silence amplifies the voices in your head.  In the desert, on your enemy’s territory, you have nowhere to hide, no distractions to amuse you, no company to stimulate you, no additives to lift you.  It’s just you, your fears, your insecurities, your frailties, your doubts, your demons.  In the desert no one can hear you scream.

It should come as no surprise that for Jesus the place of temptation is not the city, but the wilderness.  His love of people meant that he could always find beauty in the metropolis.  Wherever there were human beings he could see God’s hand, God’s presence, the bearers of God’s image.  But away from the gorgeous God-bearers that are men, women, and children, Jesus was vulnerable to the lies, the human appetites, the enticing thoughts of power, wealth, and fame.

This is a word to me.  It is God’s reminder that I’m vulnerable when I’m isolated.  And in a pandemic it’s asy to become isolated, even if you share your home with others.  When I cut myself off from my community – from the people who love and care for me, then I am less able to tune out the screeching of the monkeys in my brain, and the whispers that remind me of my failures, that persuade me God is mad at me, that convince me that he won’t provide for all my needs, so I’d better cut corners, break rules, take matters into my own hands.  When I am isolated the wild beasts circle me and snarl.  Then I feel despair; then I know the accusations – that come not from men and women, but from the enemy of our souls; then I doubt the love of God and the goodness of his call.  When I am isolated the devil takes a magnifying glass to the challenges in my life and makes them appear bigger than they are – bigger, even, than God’s mercy and the Holy Spirit’s gracious strength.  Then my life is out of perspective, and I want to give up.

This has been one of the savage ways the pandemic has caused havoc.  The tragedy of people dying without their loved ones; the suffocating loneliness of people who live alone, the longing of families and friends to see each other again.  Is it any wonder that the Kaiser Family Foundation estimated that just last month alone, 41 percent of American adults reported symptoms of anxiety disorder and/or depressive disorder?  That’s nearly half the population right now living with anxiety or depression.  That is four times the usual number. There are wild beasts in the desert. They messed with the mind of Jesus, and they will most surely do so with ours.

A measure of how the beasts of mental ill-health are attacking all of us is contained in this true poem I found last week.

If you can start the day without caffeine or pills,

If you can understand when loved ones are too busy to give you time,

If you can take criticism and blame without resentment,

If you can face the world without lies and deceit,

If you can relax without liquor,

If you can sleep without drugs,

If you can do all these things,

Then you are probably a dog.

But.  But.  There must be a but, mustn’t there?  If God is God, then there has to be a but.  And here it is.  As well as beasts in the desert, there are angels.  Mark says so.  “Jesus was in the wilderness forty days, tempted by Satan; and he was with the wild beasts; but angels waited on him.”

There are angels waiting on you.  They went with you into the desert, when God threw you there, and they’ve been there all the time.  It may be the wild beasts that make the most noise, but the angels are here – whispering their words of cam and hope.  Sometimes they come in human form – and how we need each other.  Sometimes they come in other forms.  But God has sent them to support you and strengthen you until our forty days in this desert are over and we can return to one another.