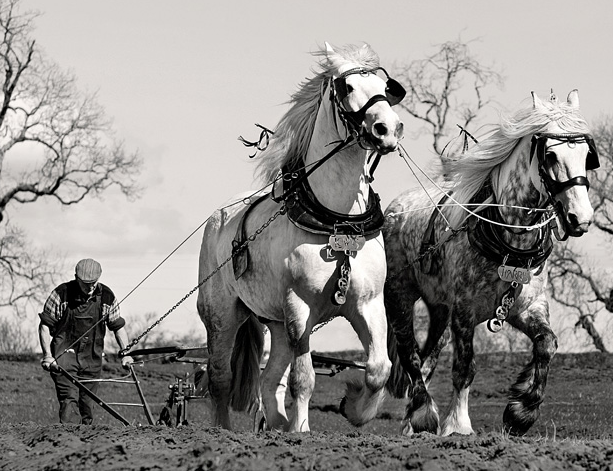 I really wanted a blanket.  A nice sandy-colored, modestly patterned, home-spun blanket, the kind that adorned the camel I had ridden the previous day.  But as I stood in that North African market my heart sank.  There were so many to choose from, and so many vendors, each with pound signs in their eyes.  They saw this out-of-his-depth British tourist nervously surveying their stalls, and assumed I was overwhelmed by the prospect of haggling over a blanket.  And they were absolutely right.  I knew it was the done thing.  The vendor starts absurdly high and I shake my head, make a face like I’m not interested, and begin to walk away.  Then they call me back and make a new offer; I still play hard to get, so they keep coming down.  I fake boredom and eventually they ask me what I want to pay.  Then, when I tell them, they pretend to be deeply offended, and we end up meeting somewhere in between.  Now, I know it is expected, I know it is the culture.  But I just felt guilty.  Who am I as a comfortable Western tourist to deny this Tunisian artisan as much profit as he asks for?  So, I tried to do my bit, made a feeble attempt at talking him down a few pennies, but I did not put up a very good fight.   My heart just wasn’t in it, and I probably paid far more than other tourists that day.

And as I walked away, I reflected on this bizarre bazaar transaction.  It was the exact opposite of the shopping experience in Western high streets.  In the West the seller tries to look happy, and so does the shopper.  The shopping experience should be fun for all parties.  But in the Tunisian market the seller pretended he didn’t want to part with his blanket and grudgingly took my money, and I was supposed to pretend I didn’t want to buy it and was doing him a favor taking it off his hands.  So, we closed the deal each trying to kid the other that we were unhappy.  The truth, of course, was that he was delighted to shift another blanket, and I was excited to take my holiday souvenir home to lovingly lay across the back of the sofa in my London flat.

So, when it comes to closing the deal, who is Jesus like – the Western shopkeeper talking up his product, extolling its unrivalled magnificence, promising unrealistic pleasures, and persuading you that you’ll never regret this?  Or is he the Eastern market trader, almost daring you to walk away?

In today’s Gospel lesson Jesus is approached by three shoppers –men in the market for truth and reality.  Browsing the displays for that missing ‘thing’ that will fill their souls, quench their thirst, and satisfy their hunger.  They’ve seen and heard Jesus, they’ve maybe sampled his wares, felt the quality of the goods, run their hands over a sample, even slipped it on to see how it fits.  They’re convinced that this is quality – the deaf hear, the blind see, the dead are raised.  The hungry eat their fill, the outcast is welcomed, the guilty liberated and the oppressed set free.  They are ready to make a deal.  The first says to Jesus, “I will follow you wherever you go.”  The second announces, “I will follow you too, but first let me go and bury my father.”  The third declares, “I’ll also follow you, but first let me go back and say goodbye to my family.”

Now, if I had been Jesus, I would have responded like a high street sales assistant.  “Excellent choice, madam.  You have great taste sir.  I think you’ll make great disciples.  Really, you’re just the type of people I’m looking for.  Come and join the fun.  If you like, take it home with our no quibble 14-day return policy.  And if it’s not working for you, then we can make some changes, find a kind of discipleship that is just right for you.”  That’s what I would do.  But not Jesus.  No, in these three encounters Jesus explicitly discourages them from becoming his followers.  To shopper Number One, the enthusiastic convert, he says, “Really?  Have you thought about this?  Do you know what you’re getting into?  This is going to be tough.  The Son of Man has nowhere to lay his head.  Are you prepared for hardship and discomfort?”

What he says to shopper Number Two sounds even harsher.  Number Two says, “I’d love to follow you, but I just have to go and bury my dad,” which sounds pretty reasonable doesn’t it?  And, it would be, if his father were actually dead.  But he isn’t.  You see, in that time and place, when someone died people mourned for several days, during which they did not leave their homes.  Then the funeral took place, and people would immediately go back to their regular lives.  The fact that this man is walking around in society tells us that his father must still be alive.  He was probably getting on in years, growing frail, and so Number Two is actually saying, “Give me a year or two, Jesus.  When my family commitments are finished, I’ll be free to be your disciple.”  And Jesus essentially replies, “You are too bound up in the affairs of this life.  If you’re going to follow me then that must be your priority.”

And then shopper Number Three says, “Excellent Jesus, I’m with you.  I’ve got my stuff; all I have to do is go home and say goodbye to the family.  I’ll be straight back.”  And Jesus responds with a farming image – “when you’re ploughing you don’t look behind to see where you’ve been, because if you do, you’ll plough a wavy furrow.  Instead, you fix your eyes on a point at the other end of the field and make your way to that.  I need people who are looking straight ahead, not looking backwards.”

Now, I want to be generous to these three shoppers.  I believe they are sincere in their wish to follow Christ.  They’re not making excuses.  It’s just that they misunderstand the true cost of being his disciple.  They’ve seen the beauty, they’ve felt the quality, they’ve been convinced that it would enrich their lives, they’ve taken it to the checkout, brought out their credit cards, and got the fright of their lives when they’ve seen the number on the cash till.  Because they didn’t look at the price tag.  They thought following Christ would be a nice addition to their lives, but they could still keep the same old priorities.  The call of discipleship touches every aspect of us.

We are people on a mission.  We live with intention.  We are not willing merely to drift through life from one meaningless experience to another.  No, we are here for reason.  Our lives have purpose.  Each morning when we get out of bed, we do so with the clear goal that today we’re going to be better people, more ethical workers, more loving partners, more loyal friends, more faithful disciples.  The Christian life is about focusing on something – and that something is the back of Jesus as he strides ahead of us.

It’s a beautiful and pregnant image – plowing, but I think we miss the full meaning of it because to us, tractors pull plows and the farmer is positioned ahead of it, so he must keep looking behind him to make sure the furrows are straight.  But in Bible times plows were pulled by oxen and the farmer positioned himself behind the plow, where he could see both the animal and the furrow.  So, if he looked back then the furrow wouldn’t be straight.  Our task as farmers in God’s field is to keep looking forward, and just trust that what is behind us will be just fine.

Now, let’s keep this plowing metaphor in perspective.  The past is our friend.  It teaches us lessons, it cheers us with happy memories, it gives the present context and meaning.  As Christians we are people of the past.  Our worship is full of it.  Most of the words we have used this morning were written hundreds of years ago, and many of them thousands.  We worship the God of our mothers and fathers.  We’re nourished and sustained by ancient rituals.  But when we focus too much on the past we flirt with twin dangers – nostalgia and regret.  We can idolize the past, enshrine it as a time that was happier, holier, and all round better than now; or we can curse the past – ruminate on mistakes we made, decisions we blew, sins we committed.   And those two roads are dead ends.  It doesn’t matter which one of them you pick – they will both distract from seeing God now, make you fearful about the future, and depress your mood.  To the nostalgic person God says I am here now.  This is the moment of answered prayer and abundant grace.  Today is the day of salvation.  And to the regretful person God says, “It’s gone.  It’s over.  I forgive you.  I don’t call to mind your moral failures, and neither should you.  I give you a new start.  Your mistakes are the ingredients I am using to create a new and better you, and a brighter, more glorious future.”  These are the good old days, God says, and tomorrow will be even better.

I came across a story (I don’t know if it’s true or not – I’ve tried fact-checking it but couldn’t get a definitive answer) of a medical school administrator, named Barwick, who had a painful circulation problem in his leg.  Doctors were clear nothing could be done, and they recommended amputation.  Barwick resisted.  The pain grew worse, he grew bitter.  Eventually, he gave in, and surgery was scheduled.  But Barwick made a bizarre request: “I would like you to preserve my leg in a pickling jar. I will place it on my mantle shelf. Then I will taunt it, ’Hah! You can’t hurt me anymore!’”   And, he got his wish. But the despised leg had the last laugh. Barwick suffered terrible phantom limb pain. The wound healed, but he could still feel the agony of the cramping muscles and the inflamed tissue, with no prospect of relief.  Because when God takes a scalpel to our guilt, our regrets, he wants to incinerate them.  Don’t pickle them and put them on the mantlepiece.

Jesus, the North African market trader doesn’t sugarcoat the cost of following him. No gimmicks, no small print, no glossy brochures and cheesy smiles.  It’s tough to follow him.  Don’t forget where he’s going – a cross.  But we do it because we know that this life is the best one we could possibly have.  Don’t look back, plow forward.