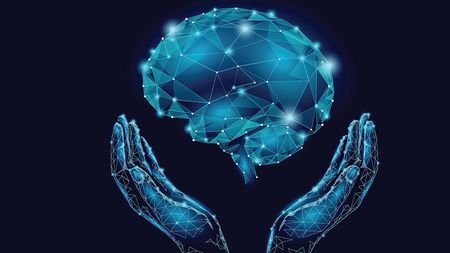 A few years ago, when I lived in Michigan, I was making the long trip home from London to Grand Rapids.  Now this is not one of the great plane journeys of the world, largely because you need to connect somewhere, usually in Chicago.  And, on this particular day, I had landed at O’Hare, negotiated immigration and customs, and was queueing at the security gate when a baggage handler rushed over to tell me that my luggage had been incorrectly sent to the Alaska Airlines desk rather than American Airlines.  Transatlantic travel – breakfast in London, lunch in Chicago, luggage in Juneau.  And to compensate he said I could use a security gate reserved for the Great and the Good.  And so, I joined a very short queue with people who were better dressed than me, on more important business than me, and destined to sit in a different part of a plane from me.  And then I heard frenetic skipping of feet and the excited voice of an Australian wishing people a safe flight.  I turned to see a small bespectacled man trotting along the line smiling at everyone and giving them his best wishes for their journeys.  He was around 60, but he had the demeanour of a child – he was overflowing with the wonder of his trip, heartfelt generosity to those around him, and freedom from the cynicism of our jaded fellow-travellers.  He possessed an innocence that was clearly borne of an illness or disability, and yet there was no more beautiful soul in that entire airport.

When he reached me, I smiled at him and told him I hoped he had a good flight too.  And he trotted on through the security gate.  When I eventually reached the other side and was putting on my shoes, he approached me again and said, “Piano.  Piano.  I’m going to play the piano in Kansas City.  What a joy.  The piano.”  I wished him a good concert and carried on tying my shoelaces.  And then a memory flashed into my head.  I remembered seeing a film a year earlier called ‘Shine’.  It was about an Australian boy who was a musical prodigy, destined for greatness as a concert pianist.  But one day while performing he suffered a psychological trauma. The film told the story of his life continuing to play despite his illness.  I remembered that his name was David Helfgott, and he was played by Geoffrey Rush, who won an Oscar for it.  And his mannerisms and behaviour in the film were exactly what I was observing in this wondrous and wonderful man.  And I thought, “I wonder …”.  So, I asked the person next to me “Is that David Helfgott?”  And she said, “Who?”

So, I did something very unBritish – quite American – you would have been proud of me.  I went over to him and asked, “Is it David?”  And he said, “Yes, David, David, I’m David.  That’s right, David.”  And he put out his hand.  And I took it – this hand that can work miracles, that can touch piano keys and create beauty that transcends human understanding.  I touched fingers touched by God.  And then he said, “Are you Australian?”  I forgave him and said, “No, I’m English.”  And he said, “English.  English.  Tea.  Tea.  Let’s have tea.  Let’s have tea.”  And then his wife, who was not experiencing the same lightness of spirit on this trip from Sydney to Kansas City whisked him away.  And I was left to ponder this profound contrast.  I couldn’t estimate the combined sum of all the wealth, power, and influence owned by the passengers in that security line, but the true spirit of greatness soared in a man that most people would have written off as needy and deserving pity.

Another time, another man – lying by the Pool of Bethesda in today’s Gospel lesson.  38 years.  456 new moons, 456 full ones.  1,976 Sabbaths.  14,000 mornings of waking to indignity, afternoons of waiting for God, nights of longing for healing.  After 38 years of frustration you’d think he’d give up hope.  I would.  Just go away, accept the permanence of the disability, dismiss fanciful thoughts of walking again, even curse God and die.  But not him.  38 Passovers came and went, 38 harvests were gathered.  And still he kept the faith, still he lay by the pool, and still he hurt.  No doubt he hurt in his body – thanks to whatever condition caused him to lose the use of his legs.  But there’s more to this man’s pain than the physical.  38 years of disability will inflict suffering to your mind that can be even greater than the pain in your body.  38 years of frustration, anger, despair, anguish, longing, and isolation.

38 years of disability distorts your vision of the world.  It disfigures your soul.  It crushes your spirit.  He was sentenced to life on the ground, at people’s feet, forever dependent on others’ generosity, daily being ostracized, stigmatized, in the eyes of some, barely even human.  Your perspective is knee-high and not head-high.  You are unnoticed, humiliated. Your legs are weak, but your spirit is broken.  At least, mine would be.

I grew up in a home that was dominated by disability.  My mother lost most of the use of her legs on her thirties, and completely in her 40s.  I grew up watching how it damaged her mind and blighted her spirit.  Other minds were also touched by her illness –  my father’s, and those of her three children.  Even though she died twenty years ago, the effects of her illness still haunt my generation of the family.  It can be hard to believe in healing when you live in a home overwhelmed by pain, for thirty years.  Which makes me kneel in awe beside the man by the pool.  I don’t know how, but he’s still there after 38 years, hoping that the next time the waters stir he can drag himself to the edge and fall in before anyone else can bathe in its medicinal properties.  I honor him for still believing after 38 years.  Sure, it’s not what we’d call especially pure faith – it seems rather superstitious – powered by a belief that an angel disturbs the surface of the water and at that moment the first person in the pool receives their healing.  But, undeveloped, though it is, it is still faith – in a God who creates medicinal waters and blesses his children.

This man interests me, but not for his physical illness.  No, it’s the mental side-effects of it that stoke my intrigue.  How did he cope?  With the despair that must have accompanied his 38 year-disability, how did he find enough faith in something supernatural to continue to stay at the pool of healing, hoping that someone might help him into the water when the surface stirred?

He makes me remember that May is Mental Health Awareness Month.  And it is right to spend a few minutes with that.  Because mental illness and disability is not something that is a theoretical part of modern life.  It’s not a feature of lives out there, that we occasionally become aware of in the news or in the posh line at O’Hare airport.  There cannot be a single person here who does not have someone in their life who suffers or has suffered from mental illness or disability.  Even if you yourself have been blessed never to have been a sufferer, you almost certainly love someone who is.  Statistics from the Surgeon General reveal the aching truth of that – one in every five Americans experiences a mental disorder in any given year, and half of all Americans have such disorders at some time in their lives; one in five U.S. military personnel who served in Iraq or Afghanistan suffers from major depression or combat stress; one in ten children and youth has a serious mental illness; one out of every five community hospital stays involves a primary or secondary diagnosis of mental illness; over 20% of prison inmates and 26% of homeless people live with a severe mental illness; and we lose someone to suicide every 15.8 minutes.

And as if that catalogue of agony were not bad enough, we still live in a society where people suffering from mental illness and disability are considered weak or inadequate, or liable to commit terrible acts of violence, or might at any moment do something embarrassing.  This is why the National Alliance on Mental Illness has begun a ‘Stigma-Free Campaign’.  And in response to this, Westfield Town Council just this month declared our town a Stigma-Free Zone, intending to encourage residents to get the mental health resources they need free of judgment.

And this morning, I invite each of you to respond to these facts in whatever way God prompts you.  The causes of mental illness and disability are complex and often unknowable.  I’m not a psychiatrist, neither am I an expert in public policy, so it’s not for me to suggest how you and I can make a difference to this appalling public health crisis.  Except in one way.  As your pastor I can suggest something.  Love.  Love our depressed neighbors, our anxious neighbors, our neighbors who have some imbalance in their brain chemistry, love those who were born atypical, or became so after trauma of some kind.  Love them.  And I’ll leave you and the Holy Spirit to collaborate in working out what that means in your situation.

Back to the disabled man at the Pool.  If he did not become depressed by the hopelessness of his condition, then I don’t understand how.  He has more resilience than I possess.  And his faith was rewarded.  Like every day, today he was at the pool; like every day, he hoped for healing; and like every day, he had no one to help him when the water stirred.  But today he didn’t need anyone to help him into the pool.  Because God’s compassion mugged him.  Why today?  What took God so long?  I don’t know.  Here’s all I know.  God loved him every day of his 38 years of illness too.  He just showed it in different ways – giving him faith, resilience, hope, sustaining his life in every way.  But today God showed his love in another way – not more so than he did in the 38 years of illness, just differently.  Sometimes God heals our illnesses, and sometimes he doesn’t.  The one constant is his love which doesn’t change and doesn’t decrease whatever circumstances he calls us to go through.  Whatever God is asking you to endure today, may he fill you with courage, faith, and the knowledge of his loving presence.