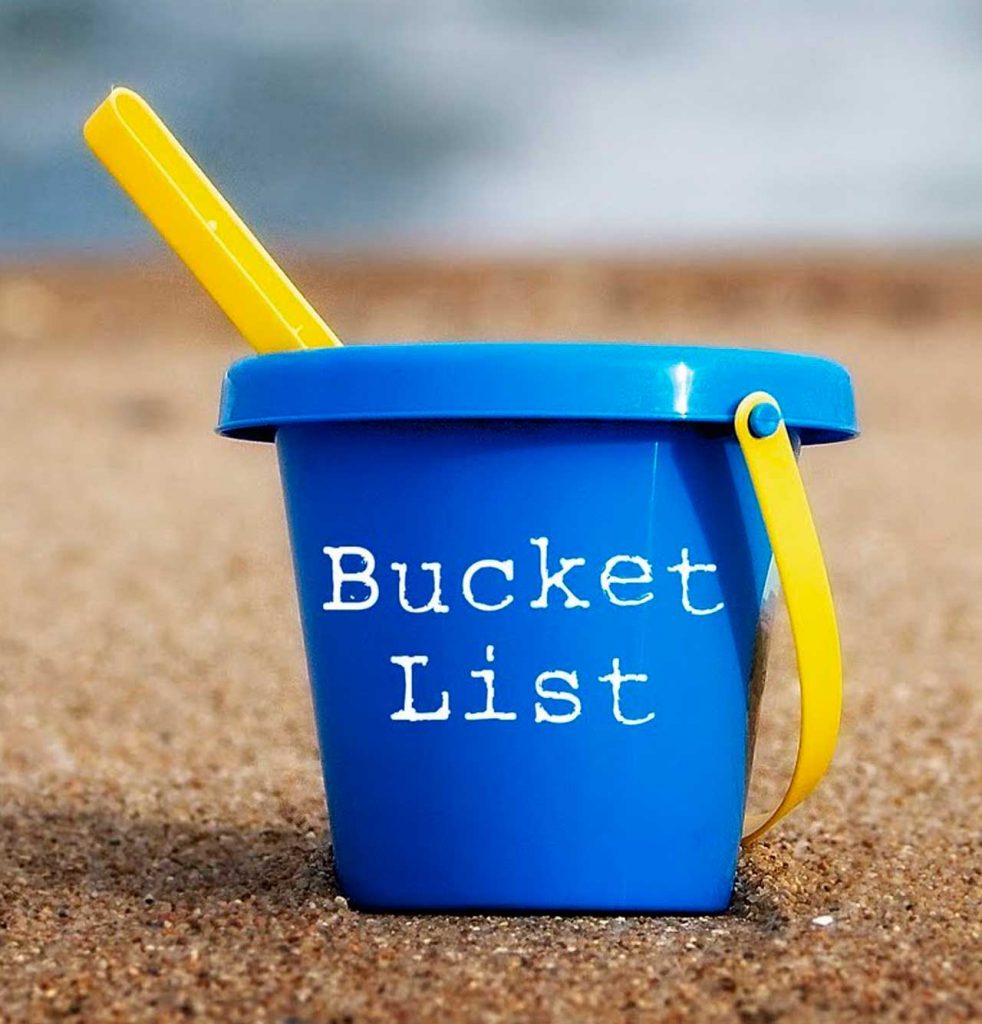 I had my first mid-life crisis when I was five.  My mum got into her car and drove to work, leaving me with my grandmother.  ‘I can’t cope with this new level of responsibility’, I thought.  ‘I remember when life was simple, uncomplicated, free of anxiety; now I don’t know how I’ll survive and what will become of me,’ I fretted.  ‘I wish I was a little kid again.’

I had my last midlife crisis… well, I’m not sure I’ve had my last midlife crisis.  But from the dizzying heights of middle age, I survey the 51 years since my mother went to work for the first time in my life with a growing sense of contentment – that God has had his hand on me, has been leading me, preparing me for the next unforeseen bend in the road, as I muddle and stumble and jumble my way towards all that God has planned.  I’ve often taken the scenic route, crunched gears, smacked curbs, taken my eyes of both the map and the road, experienced flat tires, empty fuels tanks, why, the whole engine has ceased functioning one or twice.  But, here I am, the recipient of God’s grace, even when it was invisible; his love, even when it was untouchable, his protection, even when I didn’t feel it.  The Lord is my Triple A Man; therefore I shall not be in want.  He maketh me lie down in roadside motels.  I’m tired of this metaphor.

And I’ve arrived at this startling but delightful conclusion.  One I wasn’t expecting to reach.  Growing old is good.  That’s not what you hear most of the time.  Our society, with its cult of youth and its obsession with convincing us to make ourselves look younger than we are, made me expect the worst as I aged.  Your teens and twenties – these are the best days of your life, they told me, meaning that it was all down hill from there.  But, they were wrong.  Growing old is good.

Don’t take my word for it, ask two senior citizens of God’s kingdom.  Anna and Simeon.  Every six years, when February 2nd falls on a Sunday, God gives us the opportunity to glory in old age.  To stand with venerable, grey-haired saints as they experience the moment they have been waiting for all their lives.  To hold the Messiah in their hands, to cuddle the fulfillment of God’s promise, to coo over the consummation of their hopes and dreams, and to relish the fact that growing old is good.  Anna and Simeon insist that  old age is a time to encounter God, to fulfill dreams, and to create a legacy that will change the world.

As well as being Groundhog Day, February 2nd is called the Presentation of Christ, or Candlemas.  I wondered if there is a connection, you know, Jesus appears at the Temple and if he sees his shadow there’ll be six more weeks until Lent, or something.  Luke says it’s now forty days since the birth of Jesus, and Mary and Joseph bring him to Jerusalem to perform an Old Testament ritual – offering their first-born son to God.  Parents would offer their sons, and then donate some money to the Temple, symbolically buying them back.  So that’s what the young family is doing in Jerusalem.

But the real story is the two people who turn up to greet them.  Simeon and Anna.  Anna, Luke says, is 84, a really good age at a time when life-expectancy was in the thirties.  She was made a widow just seven years into her marriage, maybe 60 years earlier.  Luke doesn’t tell us the age of Simeon, but we can safely say he was getting on too.  We get the feeling that he has been kept alive these last few years by the hope that he might see the Messiah; and when he meets the baby Jesus he says, “Master, now you are dismissing your servant in peace, according to your word; for my eyes have seen your salvation, which you have prepared in the presence of all peoples,” in effect, “My work here is done.  I can die happy.  I’ve met him.”

Anna and Simeon are inspiring examples of old age at its best.  Tired, but still hopeful; worn out but still believing, creaking and groaning with aches and pains, but still agile in spirit.  In their long lives they have experienced all manner of losses – to their health, their mobility, their memories; to their hearts; they have outlived siblings and friends and spouses, many of the old certainties of their youth have been rocked by societal change; they may be bewildered by the decline of healthy norms, of decency, of standards; they may be shocked by new forms of evil that they could not have imagined in their childhoods when technology was less ‘advanced’.  But.  Despite the losses, the griefs, the disappointments, the painful lessons, the broken hearts, the lost innocence, here they are.  Still in God’s house, still waiting for the Messiah, still alert and hopeful and watchful and mindful and believing that they will see God.

Anna and Simeon.  Two ancient yew trees.  Standing tall, overcoming the elements, yielding fruits and seeds, providing oxygen and shade.  Sturdy, dependable, bearing  the gifts of stability and perspective, creating a safe space where other generations can explore and play.  Like the two yew trees either side of the stone wall at the back of the English vicarage where I lived in the 1990s.  They had been there since the time when it was fashionable for yew trees to be there.  As well as long-lived, yew trees possess a quality that military brains could exploit in Medieval times.  The wood of the yew tree, when dried over several years, is especially flexible, which means a bow six feet in length can be carved from it, firing arrows up to 400 yards.  The yew tree gave birth to the English longbow, the nuclear weapon of its age.  And there they still stand, Anna and Simeon, two yew trees, testifying to the virtues of stability, dignity, endurance, and lives once active in the heat of battle, but now at ease and reflecting the glory of God’s design.

Philosopher Susan Neiman has written about our youth-fixated society.  And it’s troubling, she says.  We’ve defined aging as decline she laments. “Being grown-up is widely considered to be a matter of renouncing your hopes and dreams, accepting the limits of the reality you are given, and resigning yourself to a life that will be less adventurous, worthwhile and significant than you had supposed when you began it.”  She may not know it, but Neiman is speaking God’s truth.  Anna and Simeon prove it, “Grey hair is a crown of splendor” says Proverbs.

These are tough words in a society that measures the value of human beings by their spending power.  What makes a person useful or valuable is whether they can create wealth and spend it.  I shop therefore I am.  If you can’t create wealth because you’re too old, your value to society is zero.  The gospel the cult of youth preaches is that we need to look young to feel good about ourselves.  Did you know you can’t enter American Idol if you’re over 28?  In less wealthy societies the elderly are given special honor, the status of tribal or community elders.  But not in the spiritually poverty-stricken West.

So, hear the Word of the Lord: Your importance does not lie in your productivity.  Good news to the elderly, but also good news to those who can’t find meaningful work, those who are too sick to join the labor force, and those who for now are devoted to raising children rather than creating wealth.  Your value does not stem from how successful you are at looking younger.  I’ve said it before, but those lines on your face, those wrinkles and crinkles – these are signs of grace.  They tell your story – your joys and sorrows, your laughter and tears, your smiles and worries.  They are the symbols of God’s blessing – you’ve been places, you’ve experienced things that are unique to you, you have loved and given and grown weary, and here you are in the beauty that comes from being the beloved child of God, cherished by our Father, the apple of his eye.  Why would we resent signs of the very things that God has used to make us who we are?  John Newton the slave-trader turned Anglican priest and author of the hymn Amazing Grace put it this way: I am not what I could be.  I am not what I should be, but I’m not what I was.  I am, by the grace of God, what I am.

I speak to people my age and younger when I say, we need the wisdom of the elders.  We need the Annas and Simeons of St Paul’s.  The saints who have been labouring in the heat of the day and who have persevered.  The faithful who have the stories, the memories, the spiritual treasures of long lives well lived.

And to those of you who are my elders and betters, I say ‘thank you’; and I encourage you to keep looking for God.  Like Anna and Simeon be open to God doing new things; don’t kid yourself that you have seen it all before.  Keep your childlikeness – hold tight to your capacity for wonder.  Be open to God acting in new ways through new people.  Don’t lose your passion for God.  We need you to share it with us.

And to all of us, together, as one faithful all-age people let us live out what it means to be God’s diverse family, where each is respected and valued for who they are – venerable yew tree or lively sapling.  We are one in the Garden of the Lord.