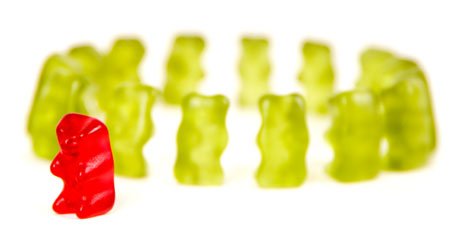 Can anything good come from THERE?

Last summer Gelind and I drove to California and back.  It was a trip of nearly 7,000 miles in which we saw the Mexican border and the Canadian one, sweltered in 113-degree temperatures in Palm Springs and shivered in a gale-force wind on the Great Lakes.  Diversity was the theme.  We turned our car around in Leonardo DiCaprio’s driveway in Southern California (don’t tell him) and we encountered the Covid-ravaged and poverty-stricken plight of indigenous people on the Rosebud Reservation in South Dakota.  And we saw Carhenge.  It’s like Stonehenge, but made of cars.  In an ironic way it is by far the best free tourist spectacle I’ve ever seen.  Each arrangement of cars exactly duplicates the original arrangement of boulders in Wiltshire.

I discovered that on a deserted road in rural Nebraska at 7 o’clock on a Sunday morning it is still possible to get a speeding ticket (forgive me father for I have sinned).  And we found out that it is not a violation of our rights as US citizens to be stopped by federal officers in New Mexico, twenty miles from the border and be questioned about our nationality and our purpose for being on the highway, even though we’d never left the United States and were not suspected of breaking the law in any way (vindicate me, father, for I have NOT sinned).  New Jersey license plates seem to make some people suspicious.  Maybe we have a body in the trunk.  Maybe that violin case on the back seat contains something more sinister than a Stradivarius.  We were asked by a shopworker in rural Colorado how we were surviving the riots, which he seemed to believe were destroying our state.

Can anything good come from New Jersey?  The question wasn’t quite written on people’s faces, but it was there, in the eyes and body language of a few, if you looked hard enough.  And of course, I was challenged in my own prejudices.  Can anything good come from those states?  If locals really were looking at us suspiciously and judging us as North-East elitists, was my dismissive attitude of them actually proving them correct?  In a sense, this was the perfect trip at the perfect time.  A four-week snapshot of America in an age of bitter and now violent, tribalism.

Yes, come, Nathanael, stop your cynicism and your prejudice and see.  Nathanael was, actually, from just down the road – a village called Cana, a mere four miles from Nazareth.  Both towns were in the region of Galilee, and, as you’d expect, the residents of each were identical to the other in ethnicity and in religion, so at least Nathanael is not being racist or anti-Semitic.  Like in modern-day sports, the biggest and most passionate rivalries can be between teams that are close to each other – the next town or the same city.  You don’t have to be a racist to be a bigot, although, it surely helps.  The human talent for spotting differences between us and them, magnifying them, and using them as a reason for conflict and hate knows no bounds – be it the English football hooligans spewing hate at opposing fans, or the absurdity of people divided by whether they drive a Prius or a pick-up truck, listen to country music or rap, eat at Chick-fil-a or that vegan place, drink Bud Light or a microbrew, skinny lattes at Starbucks or regular filters at a diner.  There is no end to the tragic ways in which we can misunderstand, separate from, and label people who are not like us.

I guess, when we look at this way, Nathanael was a casualty in a first century culture war.  And from the painful perch of 2021 America we can advise him, “Don’t do it Nathanael.  Don’t focus on what’s different between you and him.  So you come from neighboring towns – well big deal.  He’s your brother, your equal.  Put down the verbal gun, Nathanael.  Climb out of the trench.  Stop the culture wars.  Because we know where they lead and they will destroy your peace, ruin your joy, they may break up your family, they may even cost you your life.”

At this point in writing this sermon I felt it was a good moment to talk about a real-life attempt by Christians on different sides in the culture wars to come together post-election, and listen to each other.  We need something positive.  So I tried to find one.  I googled “Christians unite across party lines after election”, and I found the following news stories: Why Bank of America and Disney are stocks to watch in 2021 – that was on the first page of results.  ‘The Best fish sandwich in Washington state’ was on page two.  And around them there were dozens of stories about our polarization and violence; but nothing on any attempt by Christians at unity.  (And I do realize this may say more about my algorithms than anything else!  Still, at least I know where to get the best fish sandwich in Washington state.)

So, instead of trying to find a good news story on Google, how about becoming our own good news story.  How about you and I reach out to the member of the other tribe that we upset or who was rude to us?  If you drive a pick-up how about complimenting the Prius driver on their environmental stewardship; and if you drive a Prius how about admiring the usefulness of your neighbor’s pick-up and tell them that it must be really useful in helping people in their community.  I’m not being humorous – I mean this.  What amazing, good news people we would be if we assumed good motives behind the actions of the people we disagree with.  Then Google would be full of stories of how Christians are part of the solution not the part of the problem.  Why can’t we assume that our good and honorable motives are also the motives of those who reach different conclusions.  So, if a Christian who voted for Biden assumed that the Christian who voted for Trump did so because of a deep respect for the sanctity of life, how might that change the way they feel about them?  And if the Christian who voted for Trump assumed that the Christian who voted for Biden did so for exactly the same reason – because of a deep respect for the sanctity of life expressed in wanting everyone to have equal access to quality healthcare, then just think how we, regular Christian people, could revolutionize the country.

We may end up seeing that we were wrong in our assumption that the other person is motivated by good.  But at least let us start there and suspend judgment until the evidence is clear.

Actually, I did find a real-life good news story.  And I didn’t need to go to the Web.  I just returned to the Gospel lesson.  Because Nathanael’s story begins in bigotry but ends in grace.  Nathanael changes.  From a man who asks, “Can anything good come from Nazareth?” to praising a Nazarene, “Rabbi, you are God’s Son. You are the king of Israel.”  How is it possible that the prejudiced cynic becomes a disciple?  The answer lies in Jesus’ acceptance of him.  We are used to Christ giving hospitality to the marginalized, the sick, the social outcast, the people the religious establishment had written off as unclean and untouchable.  But the good news is even better and more shocking than that.  The hospitality of Christ extends not just to the victims of bigotry, but the bigots themselves – the very people who do the excluding, the judging, and the condemning.  Jesus doesn’t treat Nathanael the way I would.  I’d have given him a piece of my mind; Jesus gives him a piece of his heart.  He says, “Here is a genuine Israelite in whom there is no deceit.”  He receives an insult, and replies with a compliment.  And Nathanael is moved beyond words, beyond reason, his heart is freed, and his mind is changed.

How do people change for the better?  It is not through the threat of punishment.  You can’t manipulate someone into changing, or beat them into it, or guilt them into it.  People change when they experience the fact that God loves them as they are, not as they should be.

It is in knowing they are loved for who they are that the addict experiences freedom;

It is in knowing they are loved for who they are that the narcissist learns humility;

It is in knowing they are loved for who they are that the greedy understand they are not the sum of their possessions.

It is in knowing they are loved for who they are that the insecure person discovers they can trust themselves and others.

It is in knowing they are loved for who they are that the angry person learns to rest and accept the way things are.

It is in knowing they are loved for who they are that the liar becomes content to speak  the truth without fear.

It is in knowing we are loved for who we are that we are freed from being the center of attention, from having to get our own way, and from having to be right.

The way we change is not mainly by self-control (although that is surely important) or by following a rule of life (useful though that is); no the way we are taken from who we are to where God calls us to be is to receive and not strive, to be valued for who you are, to be loved right here and right now despite all the good reasons you might name for why you should not be.

It’s been another hard week, and there may be another just starting.  But let’s determine today, right now, that we are going to be part of the solution and not the problem.  Let us receive God’s love and then let us become super-spreader events, sloshing God’s love all around wherever we go.