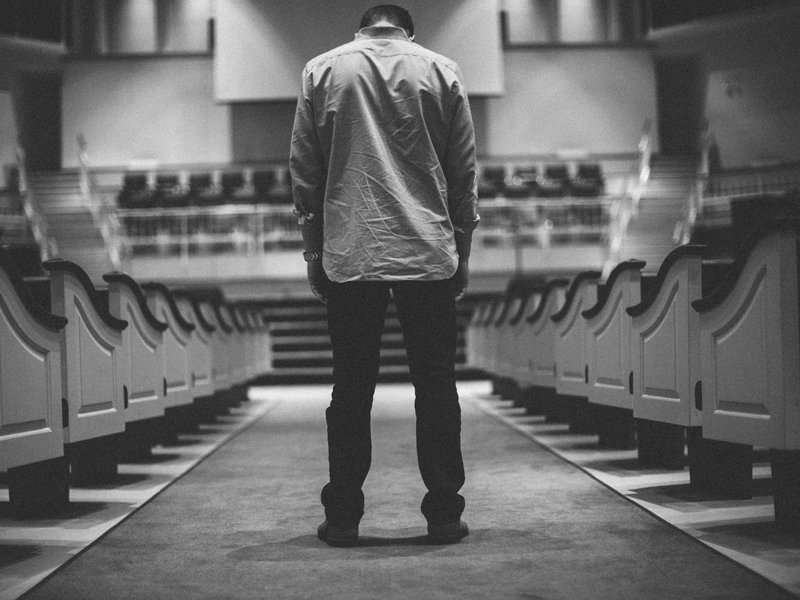 Disappointed with God? Who else ya gonna call?

Last week I received a surprise in the mail.  I wandered into the copy room to check my mailbox, and there it was.  It was in this envelope, mailed from a bookshop in Florida.  I wasn’t waiting for any deliveries, and I couldn’t for the life of me figure out what the envelope contained.  So, I tore it open and pulled out this slim book.  ‘How to Try’.  I racked my brain, trying to remember whether I had even heard of this book; and I hadn’t.  Then I started to get suspicious.  Was someone sending a message?  How to Try.  Does someone think I’m not trying?  Like I’m phoning it in?  Or maybe it was a complement – they think I’m so naturally gifted that I don’t need to try – I can just do my thing and it is amazing and I don’t even need to learn, or prepare, or anything like that.

So, I researched the book on Amazon and saw that it was published the day before I received it.  So, whoever it was sent me this really, really thinks I need it.  On the first day of publication.  So, if it was you that sent me this book; first – thank you, I am reading it on vacation; and second – what is your point?  Is this an insult or a compliment?  Because it is unclear which it is, and you really need to try harder at stating your point.  I have a book for you that will help you try harder.

Then I read the subtitle of the book.  ‘Design Thinking and Church Innovation’.  ‘Design Thinking and Church Innovation’.  Although I am reading it, I must say that the phrase doesn’t have me licking my lips in anticipation.  I don’t know what Design Thinking is, but I’m sure I’m not going to like it.  It might demand too much from me – too much learning, too much creativity, too much admitting I don’t know it all, and too much opening my mind to new ideas and new ways of doing things.  I hope it’s not a gimmick, an easy fix to all your church problems, the foolproof way to lead your church into growth and vitality in the new world created by the pandemic.  You see, I’m tired of the off-the-shelf solutions to problems.  Call me cynical but I’ve read too many books on the secret keys to unlocking your brilliance; attended too many seminars on the five simple steps that will transform your church; heard too many podcasts on the solution to becoming the man/husband/father/pastor that God wants me to be.  I hope this book isn’t the greatest thing since sliced bread.  Because the greatest thing since sliced bread usually isn’t.  And even if it is, it’s not the true and living bread – the bread that came down from heaven and satisfies our hunger.

We’re in week five of John Chapter six.  The final week.  Yes.  Seriously, if anyone can think of anything new to say about Jesus being the Bread of Life text me.  I need to know it.  In three years, when these lessons come up again, I’m going to be on vacation.  Actually, I love today’s reading.  In this long conversation Jesus has given lots of room for misunderstanding, and plenty of opportunities for people to take offense.  All this talk of eating his body and blood – is it any wonder that the Romans thought the early church was deviant sect that practiced cannibalism.  People have been outraged that Jesus has talked about drinking blood – a practice explicitly forbidden in the Hebrew law.  People are also upset because of the self-focused core of Jesus’ message in this dialogue – he is the Bread of Life; he is superior to Moses and his body and blood are better than the miraculous manna that their ancestors consumed.  It is all too much for some people.  They’re angry, they’re offended, and they’re outta here.

And no doubt with a sense of impending disappointment, Jesus asks the Twelve, “Are you going to leave too?”  And Peter answers, “Lord, to whom can we go?  You have the words of eternal life.  We have come to believe and know that you are the Holy One of God.”  Where else can we go?  You are the greatest thing since sliced… manna.

Have you ever been disappointed with God?  Think about it.  It is OK to say ‘yes’.  You think God is going to act in a way that relieves your suffering, but it continues for another agonizing day.  You expect God to mend your relationship and make it joyful once again, but it drags on into deeper frustration.  You believed God would answer your prayers for a new job, a blessing for your loved one, a healing.  But those things didn’t happen, and you’re disappointed.

I painfully remember a humiliation I suffered when I was at college.  I was a keen, young Christian.  My faith was new and exciting.  I wanted everyone to share my joy.  I was a bit of a pain, to be honest.  And because I was vocal in my profession of faith, I got a reputation for being a fundamentalist –  which I may or may not have deserved.  And so, I was invited to speak at a debate in the university on the topic of evolution versus 6-day creation.  They predicted (correctly, as it happens) that I’d like to speak for the 6-day Creationist team.  The truth is, I didn’t really know what I believed on the subject; I’d never read much about it; but I thought that as a keen, biblical Christian, I should believe in a 6-day creation and not believe in evolution.  So, I hurriedly read some books that would back up my literal reading of Genesis, learned a few talking points, memorized some unanswerable proofs for the 6 days of creation and disproofs of evolution, and went confidently to the debate.  Where I was annihilated.  It was one of the most humbling experiences of my life.  And I felt let down by God.  My motives had been wonderful – I was marching forth to war – to defend the truth of scripture and the honor of Christ.  I was stepping into the lions’ den to face hostile unbelievers and I would overcome through my faith and the love of God.  And I didn’t overcome.  It was as if, despite all my worthy motives, God didn’t care, like he left me alone to be crushed by people who knew much more than I did.

A few years later I stopped believing that God created the world in six days.  I accepted that if the great weight of scientific opinion was that God chose to create all this in a few billion years, then that was God’s prerogative, and I became OK with that.  I learned how it is possible to be faithful to scripture without taking literally parts in which the writers were not being literal – part+-s where they were telling a story, or using picture language.  And I now see that God loved me in that moment of the debate.  Sure, he knew I was misguided, impressionable, a little unbalanced, but he loved my heart – how I was ready to be a fool in the eyes of others, even if I was probably presenting obstacles to them coming to faith in God.

Disappointment with God.  Have you felt it?  When I was smarting from my humiliation and licking my wounds, I didn’t consider dumping God, because I guess I had the same rhetorical question that Peter asked.  Where else can I go?  Sure, I felt let down by God, but where else could I go?  Even at the age of 19 I had experienced enough of life to know that nothing else would give me the fulfilment that Christ gave me.  He really did have the words of eternal life.  You see, it is possible to be oriented towards faith and still be angry with God, to be a disciple and still be mad at Jesus, to have questions, doubt and troubles and still conclude – where else can I go?  Christ has the words of eternal life.

My experience was like Peter Hitchens’, a British journalist.  Peter is the brother of the late Christopher Hitchens, a loud and convinced spokesperson for atheism before his sad and untimely death.  Christopher described himself not just as an atheist, but as an anti-theist. And that was how it was for brother Peter too. In his book, The Rage Against God, Peter says that he, like many others in his generation, was sure that “our civilization … had grown out of the nursery myths of God, angels and Heaven. We had modern medicine, penicillin, jet engines, the Welfare State, the United Nations and ‘science,’ which explained everything that needed to be explained.”

But when Peter was 30, he began a slow return to faith in Christ.  He married in a church, and the service had a deep impact on him. “I can … recall the way the words of the Church of England’s marriage service … awakened thoughts in me that I had long suppressed,” he says. “I was entering into my inheritance, as a Christian, as a man, and as a human being.”

The brothers were now going in opposite directions. “While I was making my gradual, hesitant way back to the altar-rail, my brother Christopher’s passion against God grew more virulent and confident,” Peter says. “As he has become more certain about the non-existence of God, I have become more convinced we cannot know such a thing in the way we know anything else, and so must choose whether to believe or not. I think it better by far to believe.”

I’m sure there are not as many atheists as people think.  I am convinced that very many modern folks, especially in younger generations, think of themselves as atheists but are not, in fact.  For them, there is meaning and purpose in life; there is something outside human beings, an intelligence or a principle, that gives order and the framework to make sense of life.  They might not name it God – they may call it the universe, providence, science, new age philosophy, traditional wisdom schools, but whatever they call it, it does what God does – provides meaning, but without the personal nature of God.  Why not use God’s name?  Well, maybe that name has become linked in their minds and experience with judgement, rejection, fear, even clergy abuse.  Now we would protest and say, “no, no, don’t associate God with those things.  That isn’t God, not the God revealed in all his fulness in Christ.”  All those people are waiting for is the church – for you and me to show them the love of God – that aspect of the creator that they have not experienced, and they will come to a living experience of the God who fills us, satisfies us, and who is the Bread of Life.

It’s not Design Thinking.  It’s not even science.  It’s simpler than that.  It’s as simple as bread.  Where else can we go – but the one who has the words of eternal life.