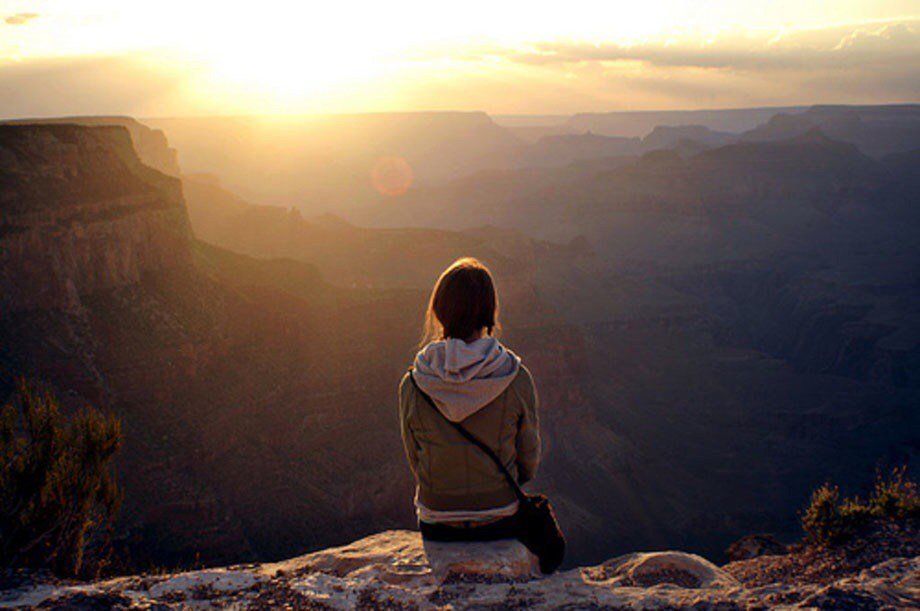 Don’t just do something – sit there!

There’s always one, isn’t there?  Actually, there are 6,810,000 of them.  That is the number of references you get when you Google this question.  That’s 6.8 million people who are trying so hard to find a fault in something truly spectacularly amazing, that they  ignore the earth-shattering pioneering achievement and focus on the teensy-weensy mistake – the one tiny insignificant imperfection.  And I’m ashamed to confess, I am one of the 6.8 million.

Gelind and I were watching the movie First Man the other night – the story of the Apollo 11 mission to the moon, and Neil Armstrong walking on it.  Fifty years ago yesterday.  So, we get to the most crucial moment in the film where Armstrong opens the hatch of lunar module, lowers the ladder, turns and begins his painstakingly slow descent to the surface of the moon.  Every step is made as if his life depends on it, and for all he knows, it does.  The tension mounts, the audience is peaking in suspense, we’re on the edge of our seats.  It’s gripping stuff.   Armstrong pauses for an eternity on the bottom rung of the ladder and I turn to Gelind and say, “You know he flubbed his line don’t you?”  And she said, “What?”  And I said, “Neil Armstrong – his messed up his line.  He has had years to prepare for this moment.  Eons to find the right words, play with metaphors, read thesauruses and books on the theory of oratory.  He comes up with a truly epic phrase – one which is worthy of the moment, and will be remembered for as long as humans roam the earth.  Then he goes all that way, steps onto the surface of the moon, the world is listening, waiting for his words, and he flubs it.  In the excitement of the moment he leaves out a tiny but vital word.  Instead of ‘one small step for a man’ he says, ‘one small step for man’, thereby destroying the whole meaning of the phrase.”  And then I laughed because I realized I had become one of the 6.8 million – that’s the number of references you get when you google, “Did Neil Armstrong flub his line from the moon?”  And I felt ashamed.  A man steps on the surface of the moon and all I can think of his how he messed up his speech.  The moment you realize you’ve become ‘that guy’.

That was such an effective scene in the movie because we felt some of Armstrong’s anxiety on the bottom step of the ladder.  Before Apollo 11 took off, his brother Dean had asked him, “What single thing do you have the most uncertainty about?”  Armstrong’s reply was not what you’d expect.  I’d have said, the rocket exploding, or not having enough fuel to get home, or being eaten by little green aliens.  But none of these were Neil’s main worry.  What single thing was he most anxious about?  “How deep is the dust?”, he replied.

You see NASA knew that the moon’s surface was covered in dust, but did not know its depth.  As he leapt off the final step of the ladder, would the surface hold his weight, or would he disappear under six feet of moondust?

How deep is the dust?  How deep is the dust in the home of Martha and Mary in today’s Gospel lesson?  Well, deep enough to have Martha anxious about it.  There she is running around dusting, cleaning, cooking.  But just as I missed the wonder of a human being standing on the moon because I was criticizing his speech, so Martha is missing out on the big deal, the real thing, a moment of glory and miracle.  Jesus is sitting in the living room talking to her sister Mary.  His words were new, fresh, vital.  Mary had to hear them.  A chalice filled with the nectar of wisdom was being held out to her and she was going to drain it.

Martha, on the other hand, has her phone on.  The one in her head.  She is breaking off every few seconds to check her emails.  The TV in her brain is blaring at full volume.  Home and Garden Television.  Later she’ll tune into the Cooking Channel as she fixes dinner.  There is no time to sit and listen.  She is striving to be a good homemaker, a hospitable friend, a loving disciple of Jesus.  And what’s wrong with that?  Well, nothing, unless Jesus himself is sitting in your living room and you have the chance to rest with him and do some listening.  Deep, intense listening.  Deep, intense and humble listening.  Deep and intense and humble and life-changing listening.  Because that is surely what happens to Mary and it’s assuredly what happens to us when we stop what we’re doing, silence the devices in our heads, and sit and listen to Christ.

How deep is the dust?  Well, the dust in the house is not as deep as the dust that has gathered on the surface of Martha’s spirituality.  It has become buried under the ash of activity, the soot of stress, the dirt of duty.  Somewhere beneath the dust beats a heart of love for God and a soul that thirsts for truth.  Hidden by worry, there truly is a living faith, a genuine connection with God.  Blow off the dust Martha, come and sit and waste the afternoon with Jesus.

Mary challenges me this morning.  How deep is the dust on my own prayer-life?  I, too, struggle with prayer.  I know the pull of a thousand other things – more ‘productive’ things – than meditating on God.  I try to remain focused, grounded, mindful, but my head is like a snow globe.  Or a tree full of monkeys.  Three summers ago when I drove 6,000 miles and back alone to visit my son Alex in Anaheim I had plenty of time to listen to Jesus.  90 hours, in fact.  But mostly I chose the thousand songs on my phone, and the soundtrack of Hamilton on CD.  In the Mojave Desert I needed the words of Jesus.  In Death Valley my soul longed for refreshment, in the vast featureless Midwest I yearned for inspiration.  And in my head – my noisy three-ring circus of a head –I needed peace.  Where else can we go to find serenity, but to the feet of Jesus?  Get on the floor.  Don’t just do something, sit there.

How deep is the dust on your spirituality?  When was the last time you took a duster to it?  Maybe there were times when you were more intentional in the life of faith – when you actively pursued thoughts about God, when you prayed, meditated, read scripture or other books to grow your spirit, you perhaps even worshiped more regularly.  But then the stress of 21st century suburban life became too much; somewhere 24 hours became no longer enough, seven days were too short – it was around the time of that new project at work, or that new baby, or that new phase of life.  And you didn’t feel it at first.  The drift away from intentional spirituality crept up imperceptibly.  But, now hearing the story of Mary and Martha, you realize that you are the activist sister who took her eye off the ball, and you really wanted to be the contemplative one who got everything in perspective.  And when Jesus says, “Martha, Martha, you are worried and distracted by many things,” you know he is saying the same to you.

How deep is the dust?

When I do like Mary, when I sit at the feet of Jesus something wonderful and miraculous happens to me.  I find myself wanting to be a better person.  When I hear his words my soul is stirred and my mind expanded.  I dream of what is possible and imagine a better world.  I desire above all things to be a better husband, father, worker, pastor, and friend.  But much of the time I sit with other voices – voices shrill will fear and twisted in resentment.  I hear them on partisan news channels and websites.  When I sit with those voices I don’t want to be a better person.  I actually become worse.  I start to fear my neighbor and not understand her.  I want to reject my neighbor and not listen to him.  I don’t want to be peaceful; I want to be angry.

St James in his letter says, “My dear brothers and sisters, take note of this: Everyone should be quick to listen, slow to speak, and slow to become angry, because human anger does not produce the righteousness that God desires.”  Quick to listen, slow to speak, slow to become angry.  That’s all there is to it.  When we listen, we will understand.  And when we understand we will empathize, and when we empathize we will love.  How can we love our neighbors unless we listen to their stories?

How deep is the dust – the dust in our ears that stops us listening?

How deep is the dust – the dust on our spirituality, the dust in our ears?

I started in space, and I’ll finish there.  Not Apollo 11, but an earlier mission.  Apollo 8, which became the first spacecraft to round the moon and to see the earthrise.  The expedition’s commander described it this way: “I happened to glance out of the window just at the moment the Earth appeared over the lunar horizon.  It was the most beautiful, heart-catching sight of my life.  It was the only thing in space that had any color to it.  Everything else was either black or white, but not the Earth.”  Or as Marcel Proust put it, “The real voyage of discovery is not in seeking new landscapes but in having new eyes.”  And this morning we’d add new ears – to listen, like Mary, to God and to each other.  How deep is the dust?  Whatever your answer, it is time to blow off the cobwebs.