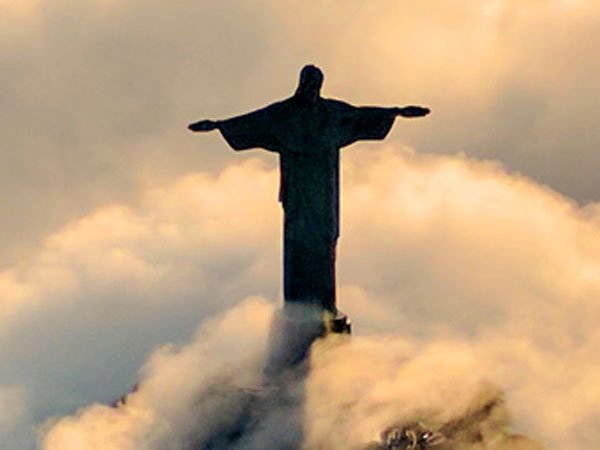 The things desperate preachers will do to get a good sermon illustration. We are willing to spend whole days of our lives learning conjuring tricks to illustrate the birth of Jesus or his resurrection. We will disappear down an Alice-sized rabbit hole on the World Wide Web to find the ideal story that will entertain and educate a hungry congregation on Sunday morning. And there can’t be a pastor anywhere in the world who would not pay serious money for the holy grail of preaching – the one, elusive illustration that perfectly describes the Trinity. If you have it, let me know. But today I want to acknowledge true greatness. The single-minded determination of a preacher who risked it all for a memorable and explosive illustration of Jesus’ ascension back into heaven.

This master of his craft was a student at the time, preparing for ordination at an Episcopal seminary. It was the custom of this seminary to have a high and solemn celebration on Ascension Day, with the whole community in priestly vestments or academic garb. At the end of the service, the clergy processed out into a courtyard, through a cloud of incense singing one of the great Ascension Day hymns. So far, so good. But here is where our hero does his work. How far will someone go to get a good illustration? Well, in the case of this student all the way to the seminary’s storage room to rummage through the tons of Christian artefacts and worship paraphernalia, to find the nativity creche, and then to take the baby Jesus and tie him to a firework, which he then hid in a shrubbery. And as the distinguished procession emerged from the cloud of incense into the courtyard our hero lit the fuse and sent the rocket and the baby Jesus hurtling out of the shrubbery and into the heavens. Actually they landed on the dormitory roof nearby. When the student was interrogated later that day, he merely defended himself with the words any preacher would use, “I was merely trying to dramatize my deep belief in the reality of the ascension of Christ.”

Today we have read the story of Jesus’ ascension, and the way Luke describes it, it challenges our rational minds. We know that the universe does not consist of three layers, like a tripe-decker bus – you know, heaven up there, the underworld down there, and the material world here in the middle. And yet, that is the metaphor Luke and the Christian Church use to describe Christ’s departure from earth – just another event in the life of Jesus that transcends rational explanation. Now don’t let this worry you. As thoughtful Christians, we long ago gave up trying to work out his miraculous birth and his mysterious rising from death; and in the same way today, Ascension Time, we decide not to waste our time and energy trying to understand how it’s possible. By now we are used to God doing things that we can’t understand and that defy scientific explanation. If we get hung up over a three-decker universe, we are missing the point of the ascension. Jesus returns to the Father, to reign in a dimension that is outside time and space. From there – this place of ultimate authority, he will come again somehow (again, don’t sweat the details) to establish God’s reign completely and universally in a renewed universe. And we long for that day, don’t we? God’s reign of perfect justice and peace. Are you homesick? Do you hunger and thirst for it? Do you wish that today would be the day when it happens – the day when bullies no longer invade other nations; when viruses do not cut short the lives of millions of people, when shoppers will be able to go to the store without being gunned down, and when children will not be murdered in their classrooms. Ascension is the down payment. It is God’s guarantee that this world of cruelty and pain will not go on forever. That God is in control and one day God’s kingdom will stretch from east to west, from north to south, throughout all creation, as surely as the waters cover the sea. Do we need this hope? Ascension Day is Guarantee Day. God’s kingdom will come.

“You will receive power when the Holy Spirit has come upon you; and you will be my witnesses in Jerusalem, in all Judea and Samaria, and to the ends of the earth.” When Jesus had said this, as they were watching, he was lifted up, and a cloud took him out of their sight. While he was going and they were gazing up toward heaven, suddenly two men in white robes stood by them. They said, “Men of Galilee, why do you stand looking up toward heaven?” What a wonderful way to end that reading from Acts.
“Men of Galilee, why do you stand looking up toward heaven?” There’s a plan underway. In a few days you’ll receive God’s Spirit, and then there’ll be a mission to accomplish. “Men of Galilee, why do you stand looking up toward heaven?” “People of Union County, why do you stand looking up toward heaven?” There’s work to be done.
Don’t look up, look out – to our community.
Don’t look up, look in – to the resources that God has poured into our lives.
Don’t look up, look forward – to the future that God is designing
Don’t look up, look out; and in; and forward.
As everyone learns at elementary school, on December 17th, 1903, Orville and Wilbur Wright flew an aeroplane, and the world changed forever. It was their fifth attempt at flight, and that glorious day the plane stayed airborne for twelve measly seconds. Nonetheless when they landed, they had achieved something that would transform humankind. They excitedly sent a telegram home. it read, ”We have flown for 12 seconds. We will be home for Christmas.” The children in the family were very excited. “Oh, goody,” once giggled, “Uncle Will will be home in time to carve the Christmas turkey.” Sometimes we in the church just miss the point. God calls us to change the world and we’re more concerned with carving the turkey. God has a mission and asks us to share in it, but we be distracted by trivia. Sometimes the things that distract us are not trivial, they are important, but they still dominate our minds and our schedules and so we never get around to the most important thing – God’s mission of reconciliation in an alienated world.

In the first-century world, when a new king was enthroned, his authority would take effect as it was proclaimed by heralds travelling throughout the territory announcing the good news: “We have a new king.” So, when a new Roman Emperor came to power, heralds would be sent thousands of miles – as far as Britain, Spain, and North Africa to announce the emperor’s enthronement. But until the heralds had arrived at their destinations and pronounced the good news of the new king, it was as if there were no king. People needed to hear the news for the reality of the new king’s ascension to burst into life. And we are God’s heralds. We proclaim the good news of a new king, who has ascended to the throne and is even now ruling, invisibly.

There was once a life-saving station that overlooked some of the most treacherous waters on the planet. Hardly a month went by without a ship getting into trouble in harsh weather and foundering on the rocks. And so it was that two or three local people were moved with concern for those at sea to build and staff a life-saving station. They built it high on a cliff overlooking the ocean. And they staffed it with a group of volunteers who shared their passion. They worked hard to ensure that there was a round-the-clock presence in the station, keeping watch for seafarers in peril. And they were good at it, too. Soon that treacherous coastline saw a dramatic drop in the number of seafarers lost. The volunteers courageously battled wind and wave to rescue sailors, and when they did, they brought them back to the station, fed them, tended to their injuries, warmed them up and cared for them and their families. And those folks who had been rescued were so grateful for the compassion which the volunteers had shown them that many decided to stay at the station and become volunteers themselves. And so before long the station was filled with joyful, grateful people. And there was a good feeling there. People enjoyed being on duty so much that they started to come along just for the sake of it, it was a nice place to pass the evening.

They started getting together for their own pleasure – to see their friends, to talk about their interest in saving lives. And by and by they turned their eyes away from the windows and the sea. They formed committees. They settled down and spent a lot of time and money thinking about how to make the life-station more comfortable. They bought new furniture, they decorated and made the place feel homely. They had a long series of meetings to discuss how to make their times together more interesting and enjoyable. They designed some wonderful uniforms for the volunteers to wear when they got together. All this, of course, needed financing and so committees were set up to raise money and manage budgets. The more important committees imposed rules to govern their life together – things like dress code, words to be used in meetings, a pecking order of the volunteers. And the structures of the station were constituted and managed by further committees. Of course, the leaders of the station felt unable to manage these structures – they were just volunteers after all. And so more time and more money were spent on sending them on courses to learn managements theories from top experts. And in time everyone forgot what they were there for. Those seas are still violent. People still need rescuing. But high on the cliff there’s a life-station full of people locked in from the cold and protected from the storms, feeling safe, feeling cozy and getting on busily with the task of running the show.