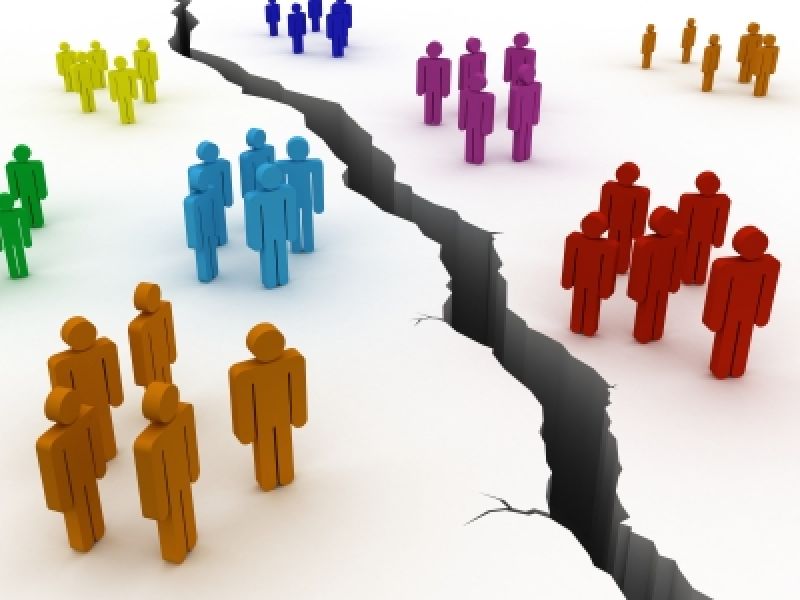 It may be just seven days since you heard me preach, but it’s actually been five weeks since I stood here and delivered a sermon.  That’s because the last four weeks’ sermons were all recorded before I left for my month-long vacation.  And what a trip it was. Much of it was unplanned, and most of unpredictable, and there are many stories I will share in the next few weeks.

It was made longer and more interesting by our strong desire to respect Governor Murphy’s quarantine rules.  So, we spent the first two weeks in Covid-hot Texas and California, but the last two weeks, snaking the most awkward route though Colorado, Wyoming, South Dakota, the Upper and Lower Peninsulas of Michigan, and Pennsylvania, being careful to only eat and sleep in states that would not require us to quarantine when we got back to New Jersey.  We used a lot of gas but not a drop was wasted, as we drank in the sights, sounds and feelings of this vast and varied land.  We saw the Mexican border, and the Canadian one.  We arrived in Southern California on the day when Death Valley recorded the hottest temperature anywhere on the planet since 1931, and we survived gale-force winds on Lake Huron as our ferry was thrown from Mackinac Island to mainland Michigan.  As Gordon Lightfoot sang about the Great Lakes, “Superior, it’s said, never gives up her dead when the winds of November come early.”

We met legions of people: wonderful people, interesting people, some perplexing people, and even a few challenging people.  And it’s the challenging people that are on my mind this morning as I ponder Paul’s words in Romans 14, our epistle reading.  I’m thinking of you, large motorcyclist in Virginia whose parked Harley-Davidson our car door ever-so gently touched as I was getting out of the car.  I’m thinking of you, Border Patrol officer in New Mexico who stopped us about fifty miles inside the US border and, on hearing my accent, angrily and sarcastically presumed I was not a US citizen – an error I happily disabused you of.  And I’m thinking of you, shop-owner in Colorado, who, although your door was plastered with signs requiring customers to be masked, did not yourself deem it necessary to wear one when serving us.

“Why do you pass judgment on your brother or sister?  Or why do you despise your brother or sister?  For we will all stand before the judgment seat of God.  So then, each of us will be accountable to God.”  Because that’s the thing about human existence.  It would be so much easier if we didn’t have to encounter people who wind us up or tear us down.  The Christian life would be a piece of cake if we only interacted with folks we liked, respected, and agreed with.

They knew all about these challenges in Rome.  The Roman Christians Paul was writing to were finding it hard to live with each other.  There was a lot of judging going on.  Now there’s a kind of judging that is perfectly OK, and indeed, necessary.  Murder is wrong and murderers should stop doing it.  Stealing, lying, cheating, hate, prejudice – all these are bad and people shouldn’t do them.  Not exactly controversial and neither does it do any harm to say so.  But what the Christians in Rome were doing was not this kind of judging.  No, their focus was not on the core values of Christianity, like love, peace, compassion, integrity, but on things that are less important.  They were sweating the small stuff.  In particular what people eat and what day they regard as the sabbath.  Some Christians who had come to Christ from the Jewish faith, observed Saturday as the sabbath; and they felt it was important to observe the dietary laws of the Old Testament – the kosher laws.  But within the same church there were people who had become Christians but were not Jews.  So for them, the kosher laws were never a feature of their lives, and they didn’t see why they should become so now that they were followers of Christ.

And fights began – “You must observe the sabbath on the seventh day.”

“No, you must observe it on the first day.”

“You have to refrain from eating pork.”

“No, you should eat anything because God has made it all clean.”

Had Paul been writing in another time he might have rebuked them for fighting over whether women have to cover their heads in church, whether there should be music in worship or just plainsong, whether clergy could be married or not, and any number of issues that, at the time, were divisive and controversial, but now we see were not worthy of dividing the church over.  Paul pleads.  Don’t sweat the small stuff.

Some judge one day to be better than another, while others judge all days to be alike. Let all be fully convinced in their own minds. Those who eat, eat in honor of the Lord; while those who abstain, abstain in honor of the Lord.”  Paul says to the meat-eaters, “Don’t vex the vegans!”  And he says to the vegetarians, “Don’t criticize the carnivores!”

Quarrelling over opinions.  Now there’s a Word from the Lord for faithful Christians in 2020 in the United States.  Are you sick of it yet?  The quarreling over opinions?  One of the greatest blessings of Gelind’s and my road-trip was that I didn’t watch any cable news channels.  For a month.  And it was blissful.  I felt so much more peaceful, calm, having things in perspective.  Focusing not on the small stuff.  Here’s a challenge for you – this is not the Word of the Lord, it’s the word of me – so you can take it or leave it.  Do your emotions a favor, and limit cable news and partisan websites for the next seven weeks.  You are not going to miss anything that will alter your opinions.  Nothing will slip past your attention that would have made you change your voting intention if you had been aware of it.  All you’ll miss is quarreling over opinions.  And dare I include Facebook too?  I learned a long time ago that the world is not waiting breathlessly to read my opinions.  No one ever read a political Facebook post and said, “Wow.  I’ve never thought of it like that before.  This changes everything.”  The only outcomes from making or even reading political Facebook posts is we feel more certain of our rightness, less tolerant of those who disagree, and more convinced that people who hold opposing views are evil.  And in the church, when we start to believe other members are evil, then we are acting out the dangerous divisions that Paul address in Romans.  Because of political posts on Facebook fiends stop being friends.  Even members of families stop talking to each other.  Permanently.  The whole point of Facebook is to share videos of puppies or baby goats wearing pyjamas.  Of course, that is all rather tongue-in-cheek.  You don’t need me to tell you what is healthy and helpful for you; you can decide for yourself.  I was, simply, overstating things in order to make a solid point.  Don’t sweat the small stuff.  Don’t, in Paul’s words, quarrel over opinions.

This week I read the words of a Christian minister in the Midwest (I’ll keep his name and church anonymous) who said that anyone who supported a particular political party could not be a member of the denomination he serves, and such members should repent.  And I thought about this passage from Romans – don’t judge each other on the small stuff.  Don’t quarrel over opinions.  I also wondered which would be the bigger number – those who left that political party as a result of his statement, or those who left his denomination as a result of his statement.

Paul identifies two groups of people in the Roman church.  Weak members and strong members.  The weak sail small boats.  They are neat, tidy, sturdy.  They have been built according to all the proper specifications and they are maintained meticulously.  This small, solid boat will last.  The weak Christians’’ devotion – even obsession with rules and regulations will ensure that.  No potential lawbreaker will be allowed onto the boat.  Spontaneity, creativity, diversity of thought are not welcome on the small boat, for fear that these things will create chaos and the boat may sink.

The strong Christians, though, have a big boat.  It’s not so sturdy and is certainly less tidy that the other boat.  In fact, it can get downright messy. With so many people in the boat, everyone has their own ideas about this, that and the other thing. There are a few rules, protecting the core values that keep the boat together, like love and joy that embrace the chaos and they welcome difference.  They don’t sweat the small stuff.

Which boat do you occupy?  The boat of sweating the small stuff, on a voyage of purity tests and total correctness?  Or do you sail in the slightly rickety, often uncomfortable, but always joyful party boat.  The boat held together by love and mutual affection, humility, honoring the other, and focusing only the big stuff – our creeds and our desire to follow one Lord , one Faith and one Baptism.

I don’t know whether the biker in Virginia or the Border Patrol officer in New Mexico or the shopkeeper in Colorado are Christians or not.  But if they are Paul’s word to me is clear – don’t allow your cultural differences with these brothers and sister lead you into passing judgment on them.  Who are you to pass judgment on servants of another? It is before their own lord that they stand or fall.  And if they’re not Christians, well, Paul would tell me, “Love them, despite your cultural differences, because by showing them God’s love you may influence them for Christ.”  May God help us all not to sweat the small stuff, but to join the big rickety boat and enjoy the voyage.