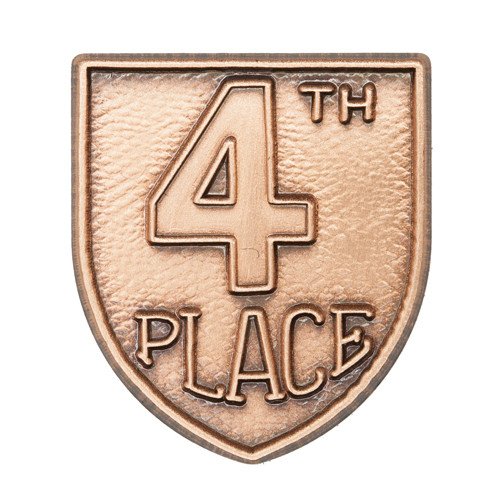 I grew up at a time when British sport was not the thing it is now. In the 1970s and 80s the British still had a noble and worthy belief that sport should be played by amateurs and not professionals. It was a hangover from the Victorian era, when the British upper class invented games. English gentlemen didn’t need to be paid to play football, cricket, rugby, golf, tennis or track and field, because they were already wealthy. Sport was what you did in your spare time and not for a living. ‘The Olympic Spirit’ it was called. Another part of the Olympic Spirit, loved and embraced by the British, was this idea that winning wasn’t very important. What mattered was taking part. In fact, when I was a boy, there was a type of sporting hero in the UK who was lauded and honored because they nearly won. This heroic failure would take a top seed at Wimbledon to the final set before losing heroically. They would be in the final pairing on Sunday afternoon at a golf major, only to miss a three-foot putt and finish second. An entire team of heroic failures would reach the semi-finals of a major soccer tournament and lose on penalty kicks. Looking back on this it seems so quaint. Somehow winning was rather vulgar. The real glory was in the knowledge that you were good enough to compete without winning.

Something you might not know is that at the 2016 Olympics, Britain topped the medals table. No, not that medals table – the one that records, you know, medals, I mean the humility medals table, the near-miss medals table, the ‘it’s not the winning, it’s the taking part’ medals table. I’m talking about the table that records the number of fourth place finishes a nation achieves. This really was a thing, and the BBC actually featured it on its website. Compete hard, do well, show people that you are good at your sport, but don’t let the side down by doing anything as crude as winning a medal. Coming first is so impolite. Such poor etiquette. Be a good host and let the visitors win, or be a polite guest and allow the home team to come first. No one likes a show-off. If swimmer Michael Phelps had been British, he would have achieved 22 fourth place finishes instead of 22 golds.

If you like the Olympics, you’ll love the way of faith. If you appreciate the courage of giving all you have in the pursuit of glory, you’ll relish the Christian life. If you are inspired by people sacrificing their comforts and pleasures to gain a magnificent reward, you’ll be captivated by the life of Jesus. If you get a lump in your throat when an athlete pours every ounce of their body, mind, and soul, giving the best they can but just missing out on a medal, you’ll be moved to tears by the call to compete in a spiritual race where it’s not the winning that matters but the taking part – not the vanquishing of opponents but the hunger to give it all, not the perfect performance but the daily showing up. “Therefore,” says the letter-writer in today’s epistle, “since we are surrounded by such a great cloud of witnesses, let us throw off everything that hinders and the sin that so easily entangles. And let us run with perseverance the race marked out for us, fixing our eyes on Jesus, the pioneer and perfecter of faith. For the joy set before him he endured the cross, scorning its shame, and sat down at the right hand of the throne of God.”

Did you feel it? As you listened to those words of fire, did you sense the Holy Spirit warm your heart? It’s time to run. In one way this race is a marathon – it is a very long way. This event lasts an entire lifetime – which, by wonderful coincidence, is exactly how long God has given you on this earth. In another way it is completely unlike a marathon, because we are not thrust out into the unpopulated roads of a sleeping city. We’re actually in a stadium, surrounded by a great cloud of witnesses. A crowd of spectators too large to number. These are the athletes who have gone before us. They fought the good fight, they kept the faith, they completed the race. There they are, open your eyes and behold them – apostles, saints, martyrs, thousands known to us and millions unknown. The elders in your family and community who taught you, shaped you and showed you Christ. In one sense they are not just the crowd, but part of the team – the relay team. They completed their leg, gave it all they had, left it all on the track, and exhausted and relieved they passed the baton to us. What a privilege to be on their team. In wheelchair relays at the Paralympics, they don’t pass a baton – their hands need to be free to propel their chairs. Instead they slap the shoulders of the next athlete. That even better, the saints who have gone before us, actually touching us, slapping us on the shoulder, giving us courage and vigor. And when our leg is run, we will touch the shoulders of those who come after us, and say, go now, it’s your turn, we’re behind you, fly.

The writer of Hebrews (with the modesty of the fourth placed Olympian, he doesn’t tell us his name) – the letter-writer surveys the crowd and picks out some great heroes and sheroes of days gone by. Rahab, Gideon, Barak, Samson, Jephthah, David, and Samuel. There they are, cheering for us, holding up signs with our names on them, beaming with pride and joy when we are going well, praying for us when we’re struggling. Are you feeling a touch overawed by these Hall of Faith athletes watching you? Experiencing a bit of imposter syndrome? Well don’t. Because these heroes and sheroes are not gold medalists. They too came fourth. Examine the performance of each and you’ll find serious lapses in their discipline and self-control, major weaknesses in their training programs, decisive failures out on the track, and defects of mind and character that doomed them to finishing outside the medals. Indeed, only one athlete has ever medaled. The pioneer and perfecter of faith, who for the joy set before him (the gold medal in the distance) endured the cross, scorning its shame, and sat down at the right hand of the throne of God.

Take that list of fourth-place finishers. The writer mentions Rahab. She helped some Jewish spies escape being captured. But she was a prostitute. Gideon, known for being a great warrior and leader of God’s people, but was actually a man who lacked courage and conviction. Barak, a judge over God’s people, but he refused to go to battle without the presence of his mentor Deborah. Samson, possessor of supernatural strength – breaker of iron chains, slayer of hundreds, destroyer of buildings with just his bare hands; but he was gullible, easily manipulated, and a bit of a show-off. Jephthah – yes, a great warrior, but also someone who horrifically, sacrificed his own daughter as a burnet offering. David, perhaps the most famous of these heroes and sheroes, a mighty warrior, a spiritually astute poet, a wise king – but a murderer and a sexual predator. And finally, Samuel. A wise prophet who saw clearly the consequences of people’s foolish actions, yet completely failed in his efforts to lead them away from their folly.

How do you like your heroes? Flawed or perfect? It’s a vital question. Because you are one – a hero of the Faith, that is. You might resist that suggestion, but your denial won’t alter the truth. You know the call to run the race – you’re here, aren’t you? And when you leave here you will engage in the hard work of running, the discipline of the training, the pain of the self-denial. You will love your neighbor but falteringly; you’ll remember to pray but imperfectly, to bite your tongue, to bless instead of curse, to give thanks in all that happens. I know you will. And that makes you a hero or a shero of the Faith. So be content with finishing fourth – embrace your weakness and trust in the performance of Christ.

If we’re serious about the race, we will train. Training. Ugh. Hardship, pain, self-denial. Yearning to quit when muscles are screaming, heart is bursting, and lungs exploding. Many years ago, I experienced some stomach problems. I made an appointment with my doctor who sent me off to have an endoscopy. After the procedure, when my head was returning to the land of the living, the doctor was there to greet me and tell me the news. “Everything is fine”, she said. “We had a good look around and there are no problems. So, it’s just diet and exercise.” Now, by the cheerful tone of her voice and the sunny look on her face, she clearly thought this was good news. I saw it rather differently. “Diet and exercise? Really? Isn’t there a pill you can give me? Or a simple procedure you can perform? Do I really have to change my lazy and gluttonous ways?” If only there were a pill that made the willpower unnecessary. If only they could send me to sleep for half an hour while they messed around on my insides and removed the need for self-denial. If only God would do the same with the Christian race. Instead of the hard training, couldn’t he just do some mysterious thing to me while I was asleep. Then I’d wake up and find I’m full of the Holy Spirit – always and forever. Why can’t there be a God supplement that I could take with breakfast each morning that would produce in me the life of discipleship that I want without me having to try so very hard.

I think that the letter-writer wants to say something to us this morning. Don’t resent the training, and don’t despise fourth place. Accept your weakness, embrace the darkness, celebrate the suck. Look to the Hebrew heroes and notice not just their faith but also their failings. Notice how those moral breakdowns and character meltdowns did not exclude them from God’s grace and did not evict them from the Hall of Faith. They are seated in the crowd – part of the cloud of heavenly witnesses. Those stands are full of sinners, but their sins were not as powerful as God’s grace.

This week, as you run, you may be plunged into darkness. If you are, the be encouraged – new life occurs in the dark. It’s true of seeds deep underground; it’s true of human conception, in a dark womb; and it was true of the resurrection of Jesus in a cave. Your darkness this week will be the place of new birth. Embrace the race and enjoy fourth place.