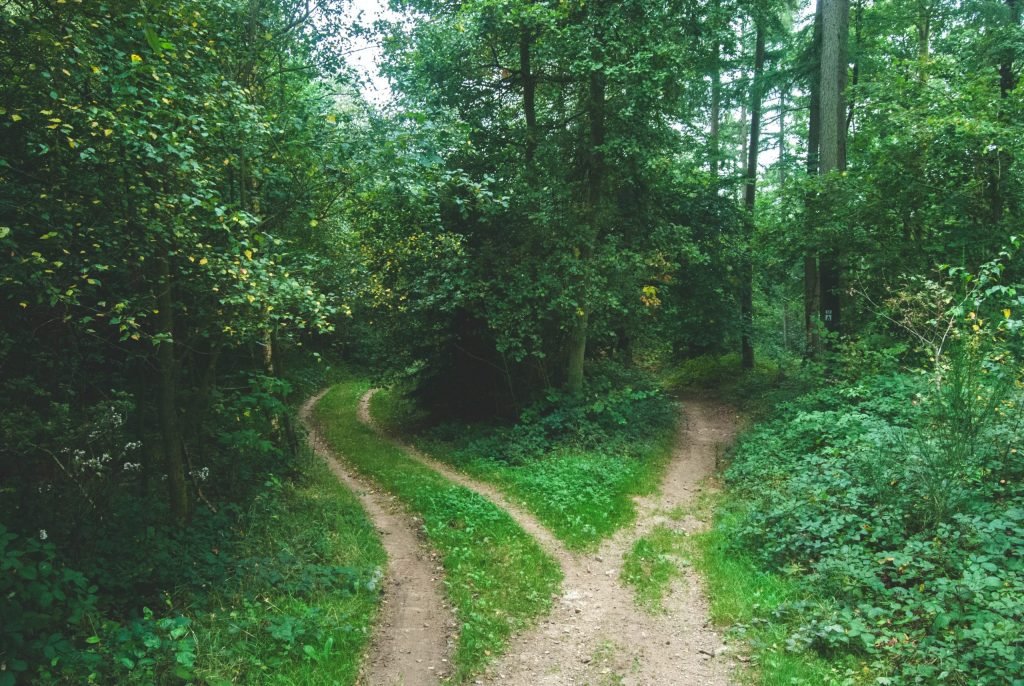 Excuse me, while I just check something.  According to the International Chamber of Commerce, counterfeit goods make up 7% of world trade, maybe as much as $600 billion worth of products.  And one of the biggest items to be forged is Levi’s.  So, if you’ll bear with me, I’ve found an online guide to checking the authenticity of Levi’s, and I’m just going to examine my jeans.

Well, that’s relief.  My jeans are the real thing.  There is, actually, such a roaring trade in counterfeit goods that you can find just every designer label has been the target of counterfeiters.  So be careful if you are walking through Manhattan and someone on a street corner offers you a Fauxlex watch.

Another way you can tell authentic goods from their fake alternatives is to feel the quality.  The only way counterfeiters are able to sell their goods at a tiny fraction of the real brand is cutting the corners of quality.

But what about a reliable test for faith?  How can you tell if your faith is genuine.  Well, thankfully, God has given us a foolproof way of testing the authenticity of our faith through the Letter of James, that we just read.  “What good is it, my brothers and sisters, if you say you have faith but do not have works?  Can faith save you?  If a brother or sister is naked and lacks daily food, and one of you says to them, “Go in peace; keep warm and eat your fill,” and yet you do not supply their bodily needs, what is the good of that?  So, faith by itself, if it has no works, is dead.”  Faith – unless it shows itself in the way live – and in particular in the way we treat other people, especially the poorly resourced – is dead.  It doesn’t exit.  It’s not real.  Call it, I don’t know, call it something else, make up a name for it, but don’t call it faith, because it isn’t.

Now human beings, being what we are, read James’ words and we immediately go into thinking of people and whether their faith is genuine.  That famous Christian, that person in public life who is well-known for talking about God and Christ, that person on TV who has that massive church – I wonder if their faith is genuine – let’s look at their lives and see what they show.  If it’s real, says James, it’ll show itself.  So, let’s just take a look.  But, no.  This is for self-examination and self-diagnosis.  Is my faith real?  Well let me think about that … how do I show it?  Does my life measure up to my words?  Integrity or hypocrisy?

One of my favorite spiritual  writers, Richard Rohr, often talks about the two halves of life.  The first half is characterized by adventure, ambition, and trying to discover who we are.  The second half is more peaceful and features less striving for things.  It is based on the happy condition of having found who we are.   He says, “Unless you somehow weep over your own phoniness, hypocrisy, fear and woundedness, you probably won’t let go of the first half of life. If you don’t allow this needed disappointment to well up within you, if you surround yourself with your orthodoxies and your certitudes and your belief that you’re the best, frankly, you will stay in the first half of life forever. Many religious people never allow themselves to fall, while many “sinners” fall and rise again. Our greatest sin is not falling or failing, but refusing to rise and trust God again. Make sure you are always in need of mercy, and you will never stop growing.  That is why Jesus criticizes hypocrisy more than anything else (11 times in Matthew’s gospel). Something that is shocking to many religious people is that Jesus is never upset with sinners; he’s only upset with people who think they are not sinners!”

Faith, if it has no works, is dead.  And in case James’s readers didn’t get it and needed some examples of what dead faith looks like, he gives them a couple earlier in the reading.  Dead faith is acts of favoritism and partiality.  Dead faith is judging people on their outwards appearances; it is treating people differently depending on the quality of their clothes or the poshness of their addresses.  Dead faith is dismissive of people in need and suspicious of strangers.  Yesterday I listened to a podcast that features three clergy sitting around talking about the things clergy talk about.  And this week they were discussing biases – those smudges on our windshields that distort our vision and stop us seeing with true perspective.  And one of the presenters talked about an event that happened a few days earlier.  He was in his local park.  And he saw a man walking around whom he’d not seen before.  And before he could take a grip of his thoughts, he began to view him with suspicion.  Who is he?  He’s not from our community.  He may be up to no good.  Kids play here.  And so, he went up to the stranger and said, “Morning.  I see you’re not from round here.  What brings you to our park today?”  And the stranger replied.  “Hi.  I’m looking for needles.  You see, I was walking through here yesterday and saw some people taking drugs.  I wanted to make sure they didn’t leave any needles that cause injuries to others.”  And the presenter’s shame was overwhelming, instead of posing a threat to the community, the stranger was acting as its guardian; rather than being a potential danger to the presenter’s children, he was actually keeping them safe.

Dead faith, say James, is picking and choosing which parts of scripture and Christian ethics we’re going to keep and which we aren’t.  Dead faith is condemning people for committing sins I wouldn’t dream of committing, like dealing drugs and trafficking people, but downplaying the seriousness of other sins – the ones I’m much more likely to commit, like envy, gossip, greed, twisting the truth on my tax returns, allowing children to starve in the developing world, ignoring poverty in the next zip code.

Some producers of cheap imitation food have clever ways of lying about their product while skillfully remaining inside the rules of the Food and Drug Administration.  So, people invented an artificial pudding out of cornstarch, and called it Fruit Puddine.  The FDA can’t sue them because they never claimed it was pudding.  Silly spellings are a way of saying, “This food is fake!”  So, when a seafood product is spelled K-R-A-B, you know there’s no crab in it.  When a snack bears the label C-H-E-E-Z, you can be certain it has not seen a block of cheese.  And when the cereal packet identifies the contents as Froot Loops — spelled F-R-O-O-T – you know it has never been in the same zip code as a real piece of fruit.

But in keeping with the encouragement of James, let’s not just look at nasty, unethical corporations, lets look at me – and the painful knots I tie myself up in to give someone a misleading impression without actually saying anything untrue – choosing words so precisely that I don’t actually lie, even though my intention is to make people believe something false.  You don’t have to be the person who produces political attack ads to do this – you can just be me.

OK, that’s enough challenge, how about some inspiration to finish with.  If you have ever wondered if your faith is real, then let me excite you.  What James is doing is drawing this link between genuine faith and action.  Without the action, the faith is dead.  In other words, how do you know that your faith is genuine?  Because you act on it.  Sometimes we think our faith is weak, when actually, all we’re are experiencing is lack of certainty – which is not the same as lack of faith.  Because faith shows itself, not in being certain about our beliefs, but in action.  So, if you decide to preform an act of love for someone because of your faith, you have real faith.  If you volunteer your time to serve the community in some way because of your faith, you have real faith.  If you forgive someone or speak well of someone, or put yourself out for anyone and your motivation is your faith, then you have amazing, dynamic, authentic faith.

So, if you want to take this passage of James as a reprimand or a warning or a stiff challenge, there’s room for you to do that.  And if that hat fits then wear it but, let; also take it as an encouragement.  If you do anything good or honest or worthy or noble or sacrificial or compassionate and you do it because you love God, then the earth is yours and everything in it.  You may not be a person of certainty, but you are a person faith.  And take it from me – I tried chasing certainty, I even grasped it for a short while, and it’s not all that.  We’d rather have faith – authentic, genuine, beautiful faith that shows its reality by action.