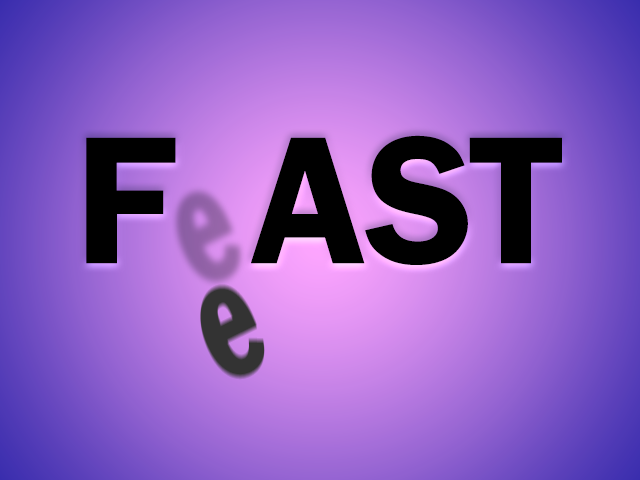 To listen to some health gurus, you’d think that bread would kill you.  It’s high in carbs and can spike blood sugar levels, it contains “anti-nutrients”, which sounds terrifying.  I’d never even heard of an anti-nutrient – but now I have I’m not sure I will ever eat again.  I’m having visions of mean-looking ingredients, lurking in the dark corners of your sandwich waiting for nutrients to pass, and when they do, jumping out from behind a slice of tomato, beating them unconscious, and drowning them in mayonnaise.  Apparently, even in its non-processed form bread may raise bad cholesterol by a whopping 60%.  And so, there is now a thriving industry devoted to the catchy little slogan “The whiter your bread, the sooner you’re dead.”  Some witty person has come up with some disturbing statistics – with their tongue planted firmly in their cheek,

But it smells so nice.  I can’t think of a better place to die than a bakery – and with your last breath on earth inhaling the aroma of freshly baked bread.

We’re taking a long and rather leisurely summer stroll through John chapter 6 – a passage that we began reading three weeks ago with the Feeding of the 5,000 and which we’ll finish reading next week.  So that’s five weeks on the topic of bread, and in particular, Jesus’ statement that he is the Bread of Life.  It’s as if John in his Gospel says, ‘OK, here’s where Jesus gave filling meals to 5,000 hungry people e with just five loaves and two fish; and now, here are four weeks reflection on that miracle.  But most preachers are not as skilled as John, and by now, the fourth week, most of us  have said all we have to say on the subject and are reduced to telling jokes.

But let’s see what remaining nutrition we can squeeze out of this passage.  Well, here’s a great place to start.  Whenever you are tempted to think that the message of Jesus was simply love God and love each other, then I hope you will return to John chapter 6.  In fact, anything in the Gospel of John.  You see in this Gospel Jesus talks a lot about himself and his identity.  That’s not to say he doesn’t tell us to love God and other people, but you can’t read John without forming the opinion that Jesus is more than just an inspired teacher or wise holy man.  He also makes a lot of statements about his divine nature.  CS Lewis’s famously wrote, “A man who was merely a man and said the sort of things Jesus said would not be a great moral teacher.  He would either be a lunatic — on the level with the man who says he is a poached egg — or else he would be the Devil of Hell.  You must make your choice.  You must make your choice. Either this man was, and is, the Son of God, or else a madman or something worse. You can shut him up for a fool, you can spit at him and kill him as a demon or you can fall at his feet and call him Lord and God, but let us not come with any patronizing nonsense about his being a great human teacher. He has not left that open to us. He did not intend to.”

In the Simon and Garfunkel song Mrs. Robinson, there is the line, “Where have you gone, Joe DiMaggio, a nation turns its lonely eyes to you.”  Well, in a 60 Minutes interview many years ago Paul Simon mentioned that when that song was released, as part of the soundtrack to the film The Graduate, he received a letter from Joe DiMaggio in which DiMaggio expressed his confusion at that line in the song.  He wrote, “What do you mean ‘Where have I gone?’ I haven’t gone anywhere! I’m still here.”  And Paul Simon smiled at the interviewer and said, “Obviously Mr. DiMaggio is not accustomed to thinking of himself as a metaphor!”  Unlike Jesus, who in John’s Gospel, was really into calling himself metaphors.  “I am the Bread of Life.  I am the Good Shepherd.  I am the Door.  I am the Light of the World.  I am the Vine.  I am the Resurrection.  I am the Way, the Truth, and the Life.”

The reason metaphors are so effective is they get you thinking.  Jesus could have given lengthy statements of theology, something like the Nicene Creed, to describe who he was and what his mission was.  But instead, he invites us into the process of working it out for ourselves, in partnership with our imaginations, the Holy Spirit, and the wisdom of the church, by giving us these metaphors.  So, instead of I am the staple of life; you can’t live a truly fulfilled life without me, he says ‘I am the Bread of Life.’

Another amazing metaphor is the pine processionary moth; although Jesus didn’t use it in his teaching.  These whimsical little creatures, when they are in their caterpillar phase, have an overwhelming urge to follow other pine processionaries.  Now, this sort of thing is what keeps the men and women of science awake at night, and so the French scientist, Jean Henri Fabre, needing to understand why these furry little copycats follow each other collected some and arranged them around the rim of a flowerpot filled with the sort of vegetation that pine processionary caterpillars love. Then he  watched them for an entire week as they marched around the rim of the flowerpot as if on some never-ending merry-go-round.  Although food was only inches away, the caterpillars never stopped their death march to nowhere.

Don’t you get tired of the merry-go-round?  The endless following false trails, chasing the next thing that promises to satisfy the hunger no one sees, when real food is inches away?   Don’t waste your life staring at the back end of a caterpillar.

There’s even more imagery in John 6.  More symbolic bread.  Manna, that mysterious wafer-like substance that God miraculously provided for the Israelites on their wilderness journey from slavery to the Promised Land.   God’s way of sustaining his people in desperate times. Without it they would have perished. Well, Jesus says he is like that manna, but better. He’s not just the best thing since sliced manna, he is better than even that. The manna, you see, went moldy. God instructed the Israelites to collect just enough for the day, and when they tried to store some until the next day it had gone rotten. Well, the Bread of Life doesn’t go bad. He is always fresh and will always satisfy.

So, here’s a Word, straight from the lips of Jesus to the desert-wanderers, the folks who have tasted God’s liberation, God’s rich provision, but now are meandering without direction or sustenance in wild and arid places.  This is the Word of the Lord for you, if emerging from Covid has left you rootless or aimless.  Maybe you have lost someone or something that was very important to you.  Where will you find the resources, you need to make it through e wilderness?  In the Manna – Jesus, the Brad of Life.

The Israelites did what I do in tough circumstances.  “We’ve had enough.  We can’t go on.  God must rescue us.  Somehow he must change my circumstances – my miserable job, or my unhappy relationships, or my illness, or my financial situation.  I can’t take any more.”  But if we feed on Christ, the Bread of Life, he will give us the resources we need to make it through, to get up and face what he has called us to do. Often God doesn’t take away our challenging circumstances, but calls us to eat and drink Christ, taking his resources into our lives and finding in them the power to face and overcome those situations. So maybe God won’t miraculously make your job enjoyable, but he might give you instead the sustenance to cope with its demands. Maybe he won’t magically wave a wand and make your marriage blissful, but he might give you the courage and love to face the issues you need to face with your spouse.  Maybe he won’t heal you completely until that day when he will wipe away every tear from your eyes, but he may instead give you the resilience you need to keep going.

As we draw to a close of this week’s installment of John 6, there’s one little detail I want to point out.  We can’t see it in our English translation of the Greek text, but it would have been a big and obvious deal for John’s original readers.  Throughout most of this chapter Jesus uses the typical Greek word for “to eat.”  But suddenly in verse 54 he switches to a different word for eat.  “Those who eat my flesh and drink my blood have eternal life, and I will raise them up on the last day.”  This Greek word is different from the Greek word for ‘eat’ that he uses everywhere else in the conversation.  And this word means more like chewing with your mouth open.  This is the word a parent would use to their child. “Sally, don’t eat like a pig!  Keep your mouth closed when you chew!”

This isn’t just “eat my flesh,” but: “Chew on me, get stuck in, pig out on me.  Eat in a way that everyone will notice because it’s loud and kinda vulgar.  Eat so that people will see what you’re eating.”  Now, let’s remember that this is a symbol.  Jesus and John have built an elaborate world of metaphor here, so let’s not slide back into taking it literally, as if Jesus is saying that when we take the Eucharist, we should eat with our mouths open.  Let’s not forget we’re Episcopalians and we do things in exquisite taste!  No, the feeding on the bread and wine is the feeding on Christ – day-in-day-out, drawing on his lifeblood and filling ourselves with his presence.  So, here’s the point – we do it in a way people can see – with our mouths open, as it were.  In this way we point to God as the source of our strength and not to our own natural resources.