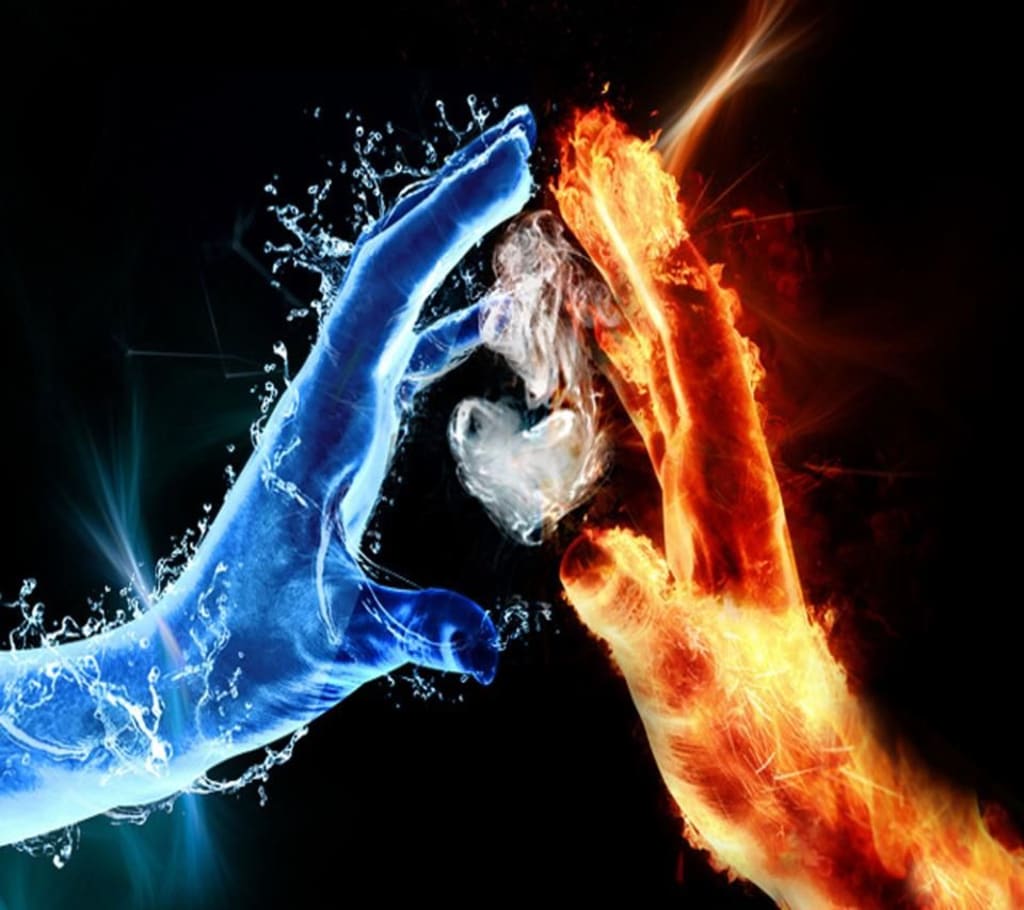 Fire and Ice: From Eden to Egypt Part 13

From Eden to Egypt: Part 13

It was a whirl of passion and snow, a cocktail of ice and fire, and I spent two weeks frozen to it.  It was my best bout of illness ever.  Two weeks off school, in the winter of 1976, watching, from my sickbed, the Olympic Games in Innsbruck.  For a British kid, ‘Winter’ and ‘Sport’ means soccer and rugby.  I’d never been exposed to the exotic menu served by the International Olympic Committee, but I eagerly ate from its table.  I discovered ice hockey, bobsleigh, the biathlon (skiing with guns?  How cool is that?), and the most exciting of all – the ski-jump.  I never told my parents but I was actually over the illness after one week, but faked it for a further five days just so I could stay at home and watch those skinny athletes, with unreadable Scandinavian names fly through the air at 60 miles an hour, for 100 meters, and land on two skis.

Seven years later, when I’d finished my freshman year at college I backpacked around Europe with some friends; and we went to Innsbruck; and to the ski jump, scene of heroics by those fearless flying Finns.  I trudged up the hill – it’s steeper than it looks on TV – and stood marveling at the view.  There below was the ancient town, with its gorgeous churches, historic civic buildings, and quaint inns, all dwarfed by the Tyrolean mountain on which I perched.  Now, I suspect that the view from the top of every ski jump is scary, but there something about Innsbruck’s that gives it a value-added in the fear department.  As you stand at the top of the hill, towering over the town, there’s one feature that grabs your eyes like a fox snatching a chicken.  There, right beneath the ski jump, dominating your view, demanding your focus, is the town cemetery.  Is this some kind of sick joke by the city planners?

A cocktail of fire and ice.  It’s Part 13 of our summer sermon series, From Eden to Egypt.  And we’re stranded in the fire.  The Hebrew people are sweltering in the heat of injustice.  This is a dry, scorching heat, ignited in the icy heart of a tyrannical king.  The Hebrews are slaves, expendable cogs in the machine that is creating some of the most extraordinary and long-lasting public buildings in human history.  Last week we experienced the shill of Pharaoh’s blast, as he gave orders for all Hebrew boys to be killed.  His fear led to genocide, not the first leader with a frozen heart to sell-out to evil, and certainly not the last.  But one special child was spared.  The boy Moses, bundled into a basket, rescued by the king’s own daughter, and now raised in the royal palace.  One more irony in a throne room of poetic justices we’ve read about his summer.

But even though he is raised in the Egyptian court, as an Egyptian child, Moses grew up with the knowledge that he was a Hebrew.  He had a deep affinity with his own people and an empathy for them in their suffering.  So much so, that one day he is out walking when he sees an Egyptian slave driver abusing a Hebrew man, and Moses sees red, lashes out, and kills the Egyptian.  Now, the Pharaoh gets to hear of this, and fearing for his life Moses flees to Midian where he marries, and settles down to a quiet, normal life, taking care of his father-in-law’s sheep.  But there are some things you can’t run from.  One is your past – wherever you go, there you are.  Another thing you can’t run from is God.  Moses thought he’d lie low, assume an ‘average Joe’ identity, but God had other ideas.  God’s normal is often extraordinary.

Moses is out on the edge of the desert tending Jethro’s sheep and he has an encounter with God.  He didn’t know it was God, at first.  What he saw was a burning bush.  Another flame in his cocktail of ice and fire.  That’s not, actually, that remarkable  – this is the desert after all.  Bushes do sometimes burst into flames.  If that is all he saw Moses would probably have glanced at it and walked on.  But this is a bush that is on fire, but isn’t being consumed.  There are flames, but no smoke and no ash.  Moses is intrigued.  As the writer says, he draws aside, and takes a closer look.  And then God speaks from out of the bush, “Moses, Moses! Come no closer! Remove the sandals from your feet, for the place on which you are standing is holy ground.  I am the God of your father, the God of Abraham, the God of Isaac, and the God of Jacob.”

And God has a task for Moses.  To go back into Egypt, to go to the Pharaoh and to demand that he free the Hebrew people.  Now let me ask you a question.  Which is the more amazing part of this story – that God should set a bush on fire with a flame that does not consume it; or that God should call a murderer to be the leader of his people?  I think it’s the latter.  Moses is a fugitive on the run.  He was emotionally compromised – he had trouble integrating two major parts of his life – his Hebrew birth and heritage, and his Egyptian upbringing.  And his inner conflict caused him anger – murderous rage.  He thought that running away could end his turmoil.  But like some divine therapist, God knew Moses had to face his past before he could find peace.  And God challenges him to go back to the land he’d fled, to the king who’d passed a death sentence on him, and to own without flinching his deep identity as a member of God’s people.  And not just a member, but a leader.

It turns out that Pharaoh is not the only person living in fear.  Moses, too, has a problem facing the music.  Running away from Pharaoh gave us a clue, and now his response to God’s call to go back to Pharaoh and make unimaginable demands confirms what we thought.  Moses’ default mode when in trouble was to run.  He seems to have lacked confidence in himself, and in God.  There’s a line between humility and fear.  Moses asks God, “Who am I that I should go to Pharaoh, and bring the Israelites out of Egypt?”  That statement is probably on the humility side of the line.  In fact if someone’s response to God’s call is not ‘who am I?’ then there’s something wrong.  But even after God reassures him by telling him that he will go with him, Moses is not convinced.  He says, “OK, suppose I go and I say to the Hebrew people, listen God is going to set us free and lead us to a land of our own, they’ll ask me who I am and who it is who sent me.  What’ll I say?”  Actually, our reading ends too soon because Moses goes on to have quite a debate with God about whether God has picked the right man.  Moses goes as far s to say, ‘No God, don’t send me – I’m terrible at public speaking.  Send my brother Aaron instead.’  I think that is where he crossed the line form humility to fear.

So, what is this story of fire and ice really about?  Well it is this.  Hear the Word of the Lord: A fugitive is not beyond restoration.  A murderer is not beyond redemption.  A person who lives with the consciousness of their moral failings, and who now wrestles with thoughts of whether God can ever use them does not just have a place in God’s heart, but a place in God’s plans.  A person struggling with fear, doubt and inner conflict, a person who doesn’t even know who they are is the prime candidate for a series of miracles that changed a nation.

The author Annie Dillard get it.  One Christmas Eve when she was a young girl there was a commotion at the front door. “It opened, and cold wind blew around my dress. ‘Look who’s here! Look who’s here!’ It was Santa Claus, whom I never – ever – wanted to meet. Santa was looming in the doorway and looking around for me. My mother’s voice was thrilled: ‘Look who’s here!’ I ran upstairs.  Like everyone in his right mind, I feared Santa Claus, thinking he was God. I was still thoughtless and brutish. I knew right from wrong but had barely tested the possibility of shaping my own behavior, and then only from fear, and not from love. Santa Claus was an old man you never saw, but who, nevertheless, saw you…. He knew when you’d been bad or good. And I had been bad.”  She goes to say that her mother pleaded with her to come. Her father cajoled her; her sister howled at her. But she would not come out from her hiding place.  Santa was in fact a neighbor, Miss White.  With hindsight, Annie realizes that in her child’s mind, Santa Claus and Miss White and God were all mixed up into one. She didn’t quite grasp the difference between them. One time, she writes, quite by accident, Miss White was showing her how a magnifying glass focuses the rays of the sun and burned Annie’s hand.  Annie ran home crying.  “Even now, I wonder: If I meet God, will he take and hold my bare hand in his, and focus his eye on my palm, and kindle that spot and let me burn?  If I meet God will he let me burn?… But no. It is I who misunderstood everything and let everybody down. Miss White, God, I am sorry I ran from you. I am still running, running from that knowledge, that eye, that love from which there is no refuge. For you meant only love, and love, and I felt only fear and pain.”

The story of Moses was just beginning.  Over the course of his story through Exodus and then Leviticus, Numbers and Deuteronomy, Moses’ failure of faith, failure of nerve and failure of character keep boomeranging to smack him on the back of the head.  But ultimately his story is liberating us.  God does not give up on us, God does not write us off.  Is God calling you to something scary this week?  Listen to God’s assurance to Moses: I will be with you.