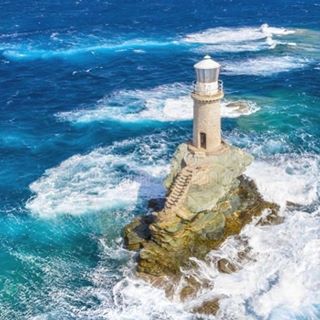 It’s called FOMO, or Fear Of Missing Out and it is a state of mind that could only have been invented in our social media bingeing 21st century world.  FOMO, the Fear of Missing Out, is what drives people to Facebook envy.  We see the amazing adventures that all our friends are apparently having and lament our own boring and pathetic lives.  FOMO is all the proof we need that along with smart phones, came anxiety and unhappiness, as well as many good things of course.  In his book iDisorder, Larry Rosen describes the stranglehold that tech obsession has on our culture. His research shows that 50 percent of teens and young adults become “moderately or highly anxious when they can’t check their technologies as often as they would like.” Almost two-thirds check their texts every 15 minutes or less. That book is now seven years old and I would guess that the problem is even worse now.

But this morning I’m here to tell you I don’t have FOMO.  No, I have something else.  Gelind and I were in Seattle, standing beneath the Space Needle.  Now, I’m proud to say that Gelind is one of life’s thrill-seekers – roller-coasters, heights, high speeds, she loves all of them.  I’m one of life’s, well, librarians.  I do not do roller-coasters or fast cars, and many of you already know, I have a pathological fear of heights.  So, naturally, Gelind wanted to go up the Space Needle and survey the beauty of the Northwest from 605’ above the ground.  It was a sunny day, which, she told me only happens about five times a year in Seattle, so if it not now, then when?  Never, I replied.  I suspiciously investigated the elevators and my heart quickened, my breathing hastened, and I began to sweat.  And so we stayed on the ground.  No, FOMO is for other people.  I have FOFO – the Fear of Falling Off.

“Don’t let your hearts be troubled”, says Jesus in today’s Gospel lesson.  Easier said than done if you have FOMO and your self-esteem is measured by  the number of Instagram followers you have, or if you have FOFO and you can’t see how God can possibly be with you up a skyscraper.  After all, Jesus’ final words on earth were, “Lo, I am with you the end of the age” – he said nothing about “high, I am with you to the end of the age.”

In John 14, the disciples have FOJO – Fear of Jesus Obscured.  It’s the Last Supper and Jesus has been scaring them.  He’s talked about leaving, going to a place where they can’t go, he’s even spoken about his death and their desertion.  The Fear of Jesus Obscured is strong.  They are unnerved, they have lost confidence.  They cannot imagine life without him.  Why can’t he stop talking like this and say something reassuring.  Why can’t he tell us things are going to be OK?

We live at a time of fear.  There’s FOCO – Fear of Covid.  FOLO – Fear of Loved Ones getting sick and dying.  FORO – Fear of Running Out – running out of the resources we need like money, resilience, mental strength, medicines, patience, even food.  FOBO – Fear of Burning Out – the feeling that I’m not sure I can take too much more of this, especially parents with young children.  If we don’t get back to normal, I don’t know what I’m going to do.  FOFO – the Fear of Flickering Out.  How is your little light shining?  And FOGO – Fear of God Overwhelmed – the nagging thoughts at the back of my mind that I’m are ashamed to admit, that God may be too small to rescue me, that this crisis is too big even for God.

I suspect that all these Fears – FOMO, FOFO, FOCO, FOLO, FORO, FOBO, FOFO, and FOGO are actually all mutations of the FOJO virus – the Fear of Jesus becoming Obscured.  Because I think I may be able to face some of those things, if I know that Jesus is with me.  If I know that God is here, joining me on the road of suffering then maybe he’ll give me the resources to cope, but the prospect of being alone with no divine presence, well that is just too crushing to face.

“Do not let your hearts be troubled”, says Jesus.  “Trust in God.  Trust also in me.”

But trust in the time of Covid is frustratingly hard, I want to protest.  There is so much that can go wrong and is going wrong.  And anyway, (I continue in my imaginary debate with God), a certain level of fear is a good thing.  It’s good, and right, and healthy to be afraid of something invisible that might be hanging in the air that I’m about to inhale and could make me very ill or even kill me.  Yes, it is right to be afraid of Covid because that keeps me inside and away from other people and reduces the risk that they or I will get sick.  So, take away the fear and we all catch Covid and millions of people die.  What’s so bad about fear?

Well, it begs the question of what fear actually is.  ‘Negative anticipation’, says the dictionary.  In other words, fear is what I feel when I predict bad events and conclude that my resources would not be sufficient for me to avoid pain if the bad events were to occur.  And, when you put it like that, fear can be a great thing.  If I see the rattlesnake and conclude that if it bit me the pain that would result is greater than I could cope with, then being afraid of the rattlesnake is a jolly good thing.  In fact, we are born with two fears – but only two – loud noise and, I’m delighted to tell you given my phobia, falling.  All other fears we have to learn as children.

Christian psychologists, Evelyn and James Whitehead go as far as to say, “Fear is a component of mature courage… The goal of maturity is not that we live without fear, but that we learn to be wisely, responsibly and productively afraid … wisely when the threat is real … responsibly when the fear is our own …productively when fear leads to an effective response.”

But fear that is not wise, responsible, or productive can paralyze us and cause us to react in ways that make things worse. Jerry Seinfeld says: “According to most studies, people’s number one fear is public speaking. Number two is death. Death is number two. Does that sound right? This means to the average person, if you go to a funeral, you’re better off in the casket than doing the eulogy.”

Fear is not evil. It is not a vice. It is not wrong to fear, but excessive or disordered fear can tempt us to the sins of cowardice, sloth, rage, discrimination, and violence.  The Whiteheads say, “Disordered and excessive fear has significant moral consequences: suspicion, preemption and accumulation, which threaten traditional moral virtues such as hospitality, peacemaking and generosity.”

I do apologize if this is beginning to sound like a sociology lecture instead of a sermon.  I think that this format actually lends itself to a teaching style that I wouldn’t use in a room full of people.  I mean, if you’re watching this in your pyjamas, eating pop tarts and drinking coffee, then you deserve a different style of sermon.

“Do not let your hearts be troubled”, says Jesus.  “Trust in God.  Trust also in me.”  Yes, Lord, but how?  Well, he goes on, “In my Father’s house are many rooms – I’m going to prepare one for you.”  Now this is a phrase, which if it let it, will liberate us, and change us.  Where does our courage come from?  How can we look Covid in the face, respectfully and appropriately, and add some courage to our fear?   It’s about perspective, says Jesus.  The perspective of eternity and the perspective of our belovedness.

This is not ‘Always look on the bright side’ kind of wishful thinking or sugary platitudes that leave us just as defeated as before we heard them.  This is strong, robust acceptance of reality.  Actually several realities: We’re suffering and it could get worse.  Our resources of bravery and our physical strength mean that we may not cope with Covid.  But God loves us.  He is going with us.  And, Christ has prepared a place for us in the eternal healing, presence of God.   Courage is doing what is right and good when we are afraid.

Or if you prefer Game of Thrones, “Wrapped in his furs and leathers, mounted on his great warhorse, Bran’s father loomed over him like a giant. ‘Robb says the man died bravely’, said Bran, ‘but Jon said he was afraid.’  ‘What do you think?’ his father asked.

Bran thought about it. ‘Can a man still be brave if he’s afraid?’

‘That is the only time a man can be brave,’ his father told him.

Someone once said that fearful people look at the lives and narrate them with the theme of victimhood.  But courageous people narrate their lives by the theme of God’s providence.  May we, in our fears – rational and irrational, experience the peace of God which passes all understanding.