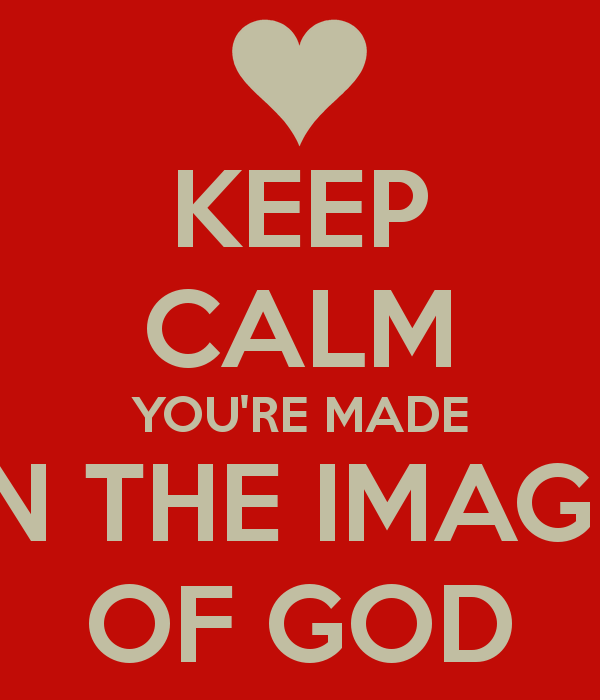 From Eden to Egypt 1: Chip off the Old Block

From Eden to Egypt: 1

In 1999, the Yale statistician Joseph Chang showed that if you go back 32 generations, roughly 900 years, you’d find that everyone alive today shares a common ancestor. Now last week I actually found his academic paper proving this thesis, online, and I didn’t understand a word of it – it was all mathematical formulae and equations, but I found the Dummy’s Guide to it in the newspaper, The Guardian.  I barely understood that.

But there’s more.  Building on Chang’s research, geneticist Adam Rutherford has proven that virtually everyone with European ancestry is descended from royalty – specifically from Charlemagne, who ruled western Europe from 768 to 814.  And if you don’t have European ancestry don’t lose heart, Steve Olsen states that, “Almost everyone in the Americas, must be descended from English royalty – even people of predominantly African or Native American ancestry, because of the long history of intermarriage in the Americas. Similarly, everyone of European ancestry must descend from Muhammad. While Confucius, Nefertiti, and just about any other ancient historical figure who was even moderately prolific must today be counted among everyone’s ancestors”.

And so with no sarcasm and total sincerity, I bid you good day, your highnesses.

When I read all that last week, I felt gently moved.  It was like this was God’s revelation to me and to all the United Cultures and United Colors of the United States at the end of an agonizing two weeks in our national life.  We are all related.  Literally, if you go back far enough.  That despite different nationalities, ethnicities, languages and colors, we really are one human race – one massive 7-billion-member family.  Now, there’s a truth that is proud to speak its name in our current political tribalism and racial tension.  And there is the context for the start of an exciting and ambitious project that St Paul’s begins this morning.

From Eden to Egypt.  Occasionally, the lectionary of Bible readings we, and all mainline churches, follow gives us the chance to read some stories in sequence – like one long epic tale, which, actually, describes the Bible very nicely.  So this summer the readings from the Old Testament invite us to pour another cup of coffee, take a comfy seat, and listen to the telling of one stirring, captivating, inspiring story of our ancestors.  So even if you’re not able to join us live every Sunday you’ll really want to stream the services later in the week so you don’t miss a single exciting installment.  2020, the year church went full Netflix.  The people we will read about are our spiritual mothers and fathers, and, as we now know from the work of those statisticians and geneticists I just mentioned, our blood relatives too.

From Eden to Egypt.  This is a saga of amazing grace, of a loving God, of passionate men and women inspired to heroic feats and cruel sins by the same mixture of strong emotions and wavering faith that guides all of us.  Between now and Labor Day we will meet the men and women of Genesis and Exodus – some famous and some less well-known, some giving us an example of faith and courage, some serving as a warning of how not to live, some old, some young, some tragic, some heroic, some members of God’s tribe, some not, but all of them, part of our family, part of our story.

What we won’t be doing is getting bogged down in questions of history.  Are these stories describing literal historic events, accurate in every detail, or are they more like parables and metaphors?  You might find that question interesting, and if you do, there are plenty of books that will help you explore.  Personally, I don’t find the question very interesting.  For me it’s not important whether Adam and Eve were two historical people in a literal garden called Eden.  What matters is that these stories reveal deep and eternal truths about the heart and mind of God, the meaning of salvation, the glory and the pain of being human, the reality of evil, and me – they tell my story and they reveal how I am to live if I am to be a faithful follower of Christ.

So where better to begin our summer voyage than in a Garden, with mum and dad.  God breathes a word and the story begins.  Atomic particles are born out of nothing. Planets and stars stream from God’s limitless imagination.  And then the Creator picks out one microscopic blue planet in one tiny galaxy.  And with a smile and a word, water gushes, plants explode, creatures breathe.  And then, from a pocketful of dirt, a handful of clay, the most common and ordinary raw material, God’s molds his masterpiece.  Mud is transformed into a being that bears the likeness of God himself.  Can you feel God’s joy as he makes mum and dad, Adam and Eve?  Do you see the twinkle in his eye when he sees you – O Daughter of Eve, O Son of Adam?

At the heart of all Christian ethics – Catholic and Protestant, Evangelical and Liberal, Eastern and Western is this deep truth.  A truth so profound that it demands us to respect it and live by it.  Every human life is sacred.  It’s as simple and as complicated as that.  This truth solves many of our ethical and moral problems – like how I should treat my neighbor, how I respond to someone who hurts me, how I treat the person in dire need.  And, let’s be honest, it also creates ethical and moral dilemmas – it bothers legislators and policy-influencers.  The sacredness of all human lives forces us normal Christians to think deeply about all manner of topics, and it demands we transcend the tribal politics that the rest of the world is imprisoned by.  We can’t ignore tough questions about what the sanctity of life means for end-of-life issues, start-of-life issues, poverty, war and peace, access to health care, capital punishment, global inequality.  And, to put this in context, this spring – we social distance and wear masks and we take our separation seriously, because of the sacredness of all human life.  The elderly and the immunocompromised are just as vital as any other human life.  And we watch with deep concern and compassion how secular authorities enforce the law, because some lives or no less precious than others, and some people are no less made in God’s image than the rest.

O, that we could get back to Eden.  That our alienation would end.  Our dis-ease with creation, God, and one another.  And our alienation from ourselves.  Because let’s apply this truth to each of us – you are made in God’s image, your life is inexpressibly vital – so be at peace with yourself, free from shame and full of gratitude for who God made you to be.

We won’t want to give up our dignity and hand over our freedom to things that don’t deserve it, like money, career, image, chemicals, or stuff.  When we sacrifice our freedom to those things we behave like mere animals that are driven by instinct, rather than being the free moral agents God made us to be.  We are the princes and princesses in God’s creation.  But sometimes we get amnesia.  Occasionally we get a glimpse of a crown under the coffee table, or notice a throne in the basement under an old tarp, behind the rusty lawnmower.  We maybe see a fine, purple robe in our closets.  And we half remember who we are.  A vague little memory stirs – we remember Eden.  We feel a pang of homesickness, the knowledge that we were meant for more than this, that this life is not about serving created things.

When the story of our lives comes to be written, there will be a long and painful chapter devoted to the spring of 2020.  The spring when over 108,000 Americans died from a pandemic, the spring when our tribalism tore at the fabric of our country so comprehensively that our social prophets began to predict it might rip entirely.  The spring when the racism of 400 years which those of us in the majority have tried to ignore, exploded out from under the rug.  But, along with the suffering this spring – caused by the twin pandemics of Covid and racism, there are signs that God is at work.  That in this season of Pentecost, God’s Spirit is at large, stirring, as ever, the hearts of men and women with visions of justice, peace, and the salvation of God.  There was one moment last week when I felt especially moved.  It was on Tuesday evening when our TVs showed a large and totally peaceful protest by a crowd of young people on the steps on the Lincoln Memorial.  Two things touched me.  First, there was prayer – for some it was probably the first corporate, public prayers they had ever been a part of.  And this blew my GenX/Boomer mind because in my generation we look at that generation and judge them for their lack of religious observance.  But here was the dove of Pentecost moving people to pray, without a priest, without a church building, without a book of sacred texts, without sacraments.

This wasn’t a religious gathering.  I dare say that the vast majority of participants were not regular worshipers in a church, temple, or mosque.  I suspect that most of them had quite hazy, unformed, uncertain beliefs about God and the spiritual life.  And yet, there was prayer.

The other thing that touched me was the diversity of those young protestors.  There was black, white, LatinX, Asian, Native.  And I thought, ‘That is it.  That is why I became a citizen of this country eighteen month ago.  This vivid picture of what the American project is about – a unity across ethnic and racial and economic lines, with equal access to life, liberty, and happiness.  I want to be a part of this great experiment, and to help it become what it can be.

You are a princess or a prince.  And I mean that in the nicest possible way. And so is your neighbor.  As the apex of God’s creation, as the pinnacle of his mind, as an immeasurably dignified person made in God’s image, enjoy this week.  Remember who you are, and remember who your neighbor is.