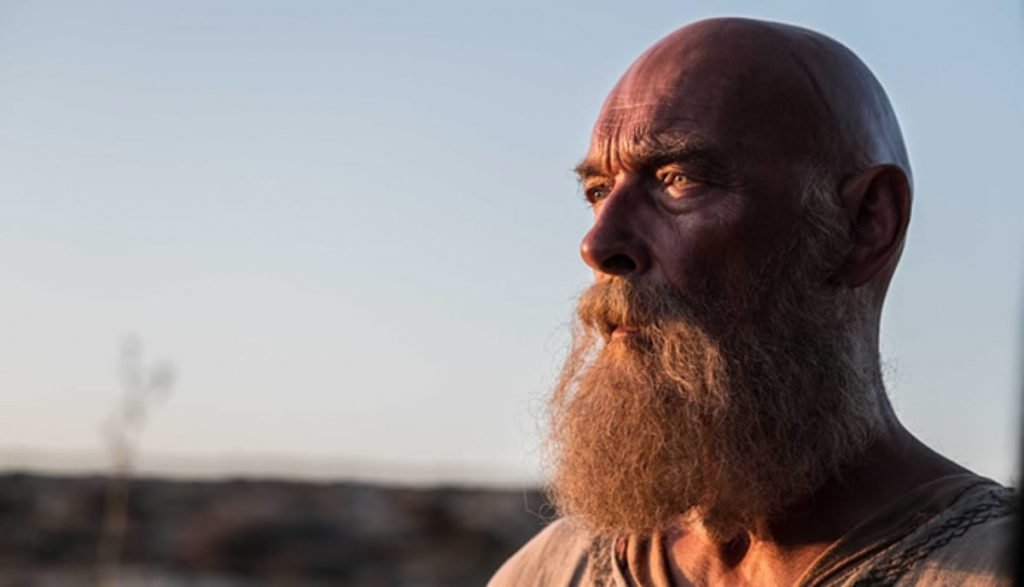 Get up, Stand up, Open their Eyes

Bernie Tollefson went to church one night as a dare.  Godless Bernie Tollefson.  He’s the creation of Garrison Keillor In Lake Wobegon Days.  Bernie’s equally godless friends thought it would be a laugh.  So, Bernie swaggered into the packed, wooden country Bible church, sat in the back pew and smirked his way through the service, until the godly, passionate, and zealous Rev Osterhus could stand the sight of him no longer.  He leaped from the pulpit, ran down the aisle to the back pew and seized Bernie by the lapels.  Then he hauled him by the collar up to the altar, and threw him against the rail.  The sinner fell weeping to the floor, while the man of God knelt over him, with one elbow pressed into the small of his back and prayed ferociously for light to dawn in his wayward soul.  Miraculously, when Bernie stood up he was reborn and yelled, “Thank you, Jesus” over and over, tears pouring down his cheeks.  And from the back, Bernie’s brother stood and called out “Now that’s what I call preaching”.

That frightening image can be the nightmare that invades our imaginations when we hear the word ‘conversion’.  And so when, as we do at the end of every January, we celebrate the Conversion of St Paul, there can be some nerves around any decent, self-respecting, mainline Christian congregation.  We’re not comfortable with the conversion of Bernie, let alone the conversion of Paul.  At least Bernie only had the indignity of a raging preacher and a tight little country church in the Midwest to contend with – Paul was thrown off his horse and blinded.  If this is conversion, then I’m not sure I like the God they’re being converted to.  Much more to our liking is CS Lewis, the Oxford academic and Narnia guy, who writes about his ‘conversion’ – his word, not mine – as being gradual, internal, and after decades of painstaking exploration and struggle.  I guess when you are born with a brain the size of a small planet, it’s going to take a bit longer than a single crisis moment, the way it seems to have been for St Paul and St Bernie.  For St Clive Staples Lewis there were legions of questions to ask, shadows to wrestle, problems to face, before he could accept the logic of God and the truth of Christ and become, as he calls himself, “The most reluctant convert in England.”

Yes, conversion has an image problem.  It needs a PR consultant; it demands some reputation rehab.  So let’s give it some.  But let’s not try to pretend that conversion – coming to faith, becoming a follower of Christ, whatever you want to call it, can be free of the challenge to change.  Just because your pastor is not going to throw you against  the altar rail and God is not going to knock you off your horse and blind you, does not mean that becoming his disciple is easy.  It is not.  Responding to the call of Jesus will always, always, always involve being humbled, confronting your frailty, and owning your helplessness.  The way of Christ is not for the arrogant, the self-assured, or the proud.  It is not for those who try to nuance their past actions to make them seem innocent, those who look at the behavior of others before they look at their own, or those who condemn the way the world is, without confessing their own devastating role in making it so.  No one can follow Christ if they are unwilling to own their wrongs, admit their mistakes, and voice their apology  It demands a reckoning, a self-examination, a thorough searching of our hearts – poking around, peering into corners, to see if there is any way in which I, through my ignorance, my weakness or my own deliberate fault have contributed to the suffering of others and the existence of a world wracked by violence, injustice, and greed.

People can criticize the Christian practice of confession.  Comedies parody God’s forgiveness as “do whatever you like, just say sorry to God or confess to a priest and then everything will be fine and you can go back to doing whatever you want”.  But that is not the Christian view of God’s forgiveness.  Yes, God forgives completely, utterly, eternally and freely.  God does not impose punishments; he doesn’t insist that we suffer to make up for our sins and then he’ll forgive us.  We don’t have to perform Herculean tasks to atone for our sins, we needn’t pay God off with money or good deeds.  No, his forgiveness is without condition and without limits.  But there are still consequences in this world.  The thief forgiven by God still needs to make restitution to his victim.  The violent person still has to go to prison.  The cheat, the liar, the gossip, these people still have to live with the consequences of their actions – broken trust, ruined relationships, a lost job, inner turmoil.  God doesn’t magic away the consequences of our actions.  And neither would we want him to.  If God did declare that our actions have no consequences he would be telling us that how we live is of no importance, that any behavior – good or bad, loving or spiteful – is just as good as any other.  It would mean that our acts of goodness and love had no value or meaning.  But no.  We live in a universe where there are laws.  And one of those is that what we do and what we say matter.  Our actions can cause great blessing and joy, and they can bring pain and sorrow.  Saying yes to the call of Christ will always, always, always involve a reckoning.

Before we can stand up and follow Christ, we have to be knocked off our high horses, like Paul.  How high was his horse?  Well this was more of a brontosaurus than a horse.  Here’s how he describes himself in today’s reading from Galatians: “You have heard, no doubt, of my earlier life in Judaism. I was violently persecuting the church of God and was trying to destroy it. I advanced in Judaism beyond many among my people of the same age, for I was far more zealous for the traditions of my ancestors.”  In his letter to the Philippians he writes, “If anyone else has reason to be confident in the flesh, I have more: circumcised on the eighth day, a member of the people of Israel, of the tribe of Benjamin, a Hebrew born of Hebrews; as to the law, a Pharisee; as to zeal, a persecutor of the church; as to righteousness under the law, blameless.”  I wouldn’t have liked Paul. Or Saul as he was in those days.  He was one of those self-righteous, smug, zealots.  Actually, if we define terrorism as ‘an act of violence done for political or religious reasons’, then Paul was a terrorist – killing in the name of his religion.  He held the coats of the murderers who stoned the deacon Stephen, and even on the day when he was knocked off his horse and blinded, he was on a mission to kill and destroy.

Before you can do business with God and business for God, you must be thrown from your high horse.  Before you can stand up you have to be knocked down.  And there, in the dust, in the mud, in the shame and humiliation, the gracious work of God takes root.  There, the miracle is formed, grows and gives birth.  Hear the words of Christ to the humbled and hurt Saul, and see him rise as Paul.  “Get up and stand on your feet; for I have appeared to you for a purpose. I will rescue you from your people and from the Gentiles – to whom I am sending you to open their eyes.”  Get up, stand on your feet, open the eyes of the blind.   Get up, stand up, open their eyes.  Hear the word of the Lord to you, child of God, to us – community of St Paul’s: Get up, stand up, open their eyes.

God knocks us off our high horses not to humble us, though that is necessary; not to cause us pain, but that is important; not to expose our wrong-headedness and hard-heartedness, though that is always essential.  God takes us low, to take us high.  It’s what comes after the humbling that matters.  God has a strategy for our lives and for our parish.  After we’ve sat in the dust and felt our bruises, contemplated our losses, and recovered our sight, we’ll be ready – to stand, to walk, to embrace what comes next – to go and open their eyes.

Get up, stand up, open their eyes.

Change occurs in a moment, and then comes a traumatic time of transition, marked by chaos and confusion, where we learn to give up hopes, dreams, relationships, things, or meanings.  But transition is a gracious invitation to rebirth.  The temptation is to cling on to the things we lost, to go out and fix the problem, to deny the reality of the change.  But when we do that we miss out on the life-changing fruit of transition.  The chaos and the pain give birth to growth.  We become new people, people we couldn’t even have imagined when we were in the chaos.  But it’s only the brave who experience it because the pain of the chaos and the humbling of self-reflection can be so overwhelming that we reject its gift.  Rebirth will come in time but first we must endure the chaos – the chaos caused by pandemic, political turmoil, social unrest, economic uncertainty.  Yes, America, and especially its church has been knocked off our horse and we’re in the dust.  We’re forced to reckon with our sins – our tolerance of racial injustice, our encouragement of tribalism, our thirst for power, our collusion with a culture that is increasingly losing touch with Truth.

Feel the compassion of God’s heart to the murderous, self-righteous thug in the dust: “Saul, Saul, why are you persecuting me? It hurts you to kick against the goads.”  Not goats – goads.  Although I expect it hurts to kick against goats too.  A goad is a stick with a pointed end, that farmers used to prod livestock, when pulling a plough.  Paul feels wretched, God feels love – even for him.  Saul, it hurts you to push against the cattle prods.  Why are you hurting yourself by living this way?  You weren’t made for this.  I didn’t create you for hate and violence and self-righteousness.  My purpose for you, my vision for your life, is so much bigger.  Love, grace, joy, serenity.  Now, Paul, and the church that names itself for him, get up, stand up, open their eyes.