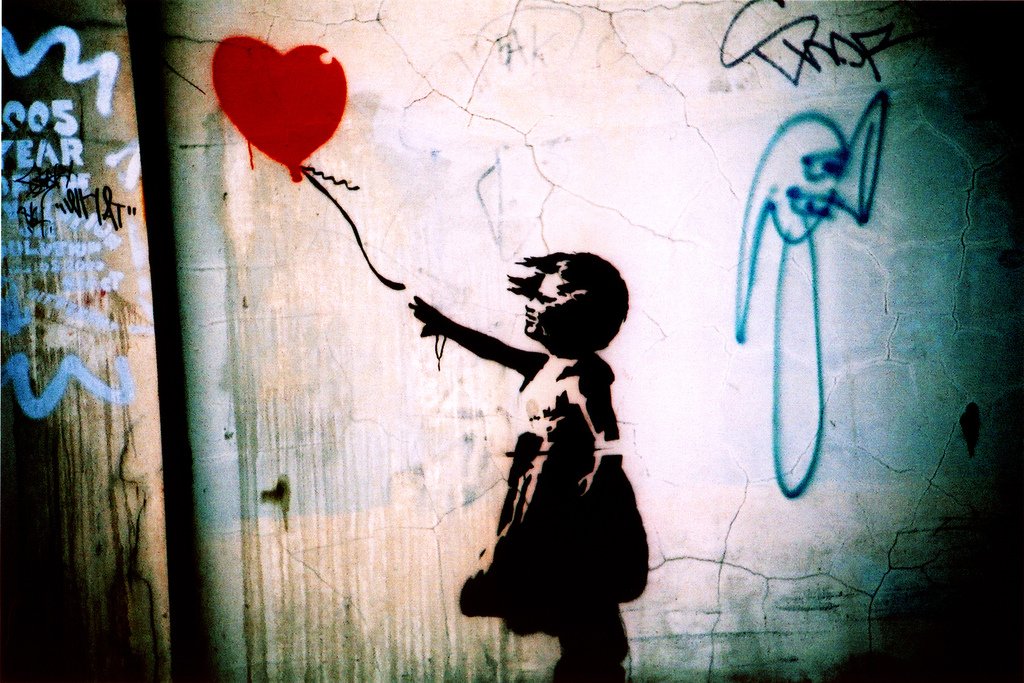 Give It Up to Move On

They called it the Great Storm, and they weren’t exaggerating.  In the UK, we are blessed with mediocrity.  We don’t have scary animals – the largest wild carnivore is a badger.  We don’t have spiders that will bite you, snakes that will kill you, or sharks that will take your leg off when you paddle in the English Channel.  I put it down to the weather.  That is mediocre too.  It’s never too hot, never too cold, never too dry, rarely too wet, seldom too windy and never too still.  Even though it has the reputation of being rainy, there’s actually less precipitation per year in London than in New York.  Everything in the UK is kind-of average.  The weather, the flora and fauna, even the people are averagely average.

On those days when the weather is not average, people don’t know how to cope.  When the temperature reaches 90 degrees everything stops.  Trains can’t run, the national grid won’t function.  It’s as if the busses were made of butter.  When we have two inches of snow, people abandon their cars at the side of the road.

So, imagine the horror when the Great Storm blew.  It was October 1987.  34 years ago, now.  I was living in London’s inner-city at the time and the south of England sustained gusts of wind of 122 mph.  This was a once-every-200-years event.  And the British did what they do in such circumstances.  They hunkered down, made a cup of tea. and remarked to each other that ‘it’s a bit blowy out’.  But not me.  No, on the morning after the Great Storm, I got up and went to work as usual.  The Tube was still running although the power was out across the city.  So, I made my short walk to the tube station, passing through the local deserted market.  There was an electronics store on the corner near the tube station and as I passed, I was horrified to see a couple of men taking advantage of the power outage to do some genteel, British-style looting.  The window of the electronics store had been smashed and one man was straddling the threshold, one foot in and one foot out of the shop, helping himself to a microwave oven.  He was in the process of handing it to his mate who was standing outside on the pavement, when I passed on the other side of the street.  I stopped.  And in the nicest, most understatedly English I could find, called across, “Um, do you think that’s a good idea?”  They both stopped, and looked puzzled, as if this question hadn’t crossed their minds until I voiced it.  Then the one on the pavement shouted back, “No, I suppose not.”  And he handed the microwave back to his partner-in-almost crime, who gently placed it on the floor inside the shop.  I continued my way to the tube, and they went back to doing whatever it was they should have been doing the morning after the Great Storm.

I kind of admired their lack of conviction.  Their attempt at robbery was reassuringly half-hearted, refreshingly mediocre.  They weren’t like Bartimaeus.  There was nothing mediocre about him, not an ounce of reticence, just pure, full-on conviction.  He knew what he wanted, and he wasn’t going to let obstacles deter him.  Bartimaeus was blind, he spent his days begging on the streets outside Jericho, but today he was going to kick up a storm.  He hears a commotion, feels electricity crackling in the air, and in the midst of all the voices talking and laughing and cheering, he is sure he hears the name “Jesus”.  This name, or at least the bearer of it, is his final hope.  He has placed himself there, on this street, at this moment, for this very reason.  He hears the name, and he calls out.  “Jesus, Son of David, have mercy on me!”  Then he cries more loudly, “Son of David, have mercy on me!”

In Maslow’s hierarchy of humans needs, security is number two.  It comes after food, water, and oxygen, and ahead of love and belonging.  Security is fundamental to human well-being.  Without feeling safe we’d never leave home, without feeling secure we’d never risk a thing.  Security is so important that the company that built the Golden Gate Bridge in the 1930s invested a small fortune – $100,000 – in a safety net underneath the bridge, so that any worker who fell would be caught.  Critics mocked them, investors complained at the wasteful expense, but the company installed their nets.  After the installation a total of ten workers were saved when they fell from the bridge and landed securely in the net.  The investment had saved lives.  But more remarkable than that was the effect the nets had on the productivity of the steelworkers.  They accomplished 25 percent more work.  Not only were lives saved, but costs were cut, and all because the men felt secure.  That’s how important security is.

What’s your cloak?  Oh, we’ve grown out of our pacifiers and security blankets, haven’t we?  Or have we?  Maybe all I’ve really done is graduate from one blanky to another – a more grown-up one.  Maybe the source of my security now is my public persona, what people think of me, or my career, or my relationships, or my physical appearance, or my 401K, my portfolio or my insurance policies, or my status symbols, my badges of honor, my medals of accomplishment.  Even my guilt and my inadequacy can be my security cloak.  Because being inadequate can get me out of all sorts of challenges I’d rather not face.  As the third of three children, I learned that when I was very young.  Guilt gives me an excuse from standing tall, and accepting God’s commission to live courageously for Christ, letting my influence and gifts touch people for the best.  As the Christian writer Richard Rohr says, “No one likes to die to who they think they are.  Their false self is all they have.  Letting go is not in anyone’s program for happiness, and yet all mature spirituality, in one sense or another, is about letting go.”  Or as the poet Auden put it, “We would rather be ruined than changed.  We would rather die in our dread than climb the cross of the present and let our illusions die.”

So, here’s the challenge for us this morning, week 5 of Every Perfect Gift.  What is your blanky?  You are Bartimaeus.  You sit in the street.  Half of your cloak is under you, protecting you from the dirty road.  You wrap yourself in the other half, like a rug pulled up to your chin.  You’re waiting for Jesus to walk down your street.  You’ve heard amazing things about him.  Miraculous things, life changing things.  And you wonder: can he do it for me too?  Because you need it.  The ailment you need healing for is not one that a physician can cure.  No medicine can remedy it, no therapist banish it, no physio massage it away.  The ailment, experienced by all our ancestors from our mother and father in Eden, on through countless generations, and that now afflicts you and me is a sickness of the heart, a disease of the soul.  It’s the alienation we feel – from God, from human beings, from creation, even from ourselves.

And here he comes.  You can’t miss this chance.  It may never come again.  So, you call out, ‘Jesus’.  And he stops and turns and looks at you – compassion and empathy etched in his eyes.  He asks you to stand and come to him.  But there’s this cloak around you.  It’s preventing you from moving freely.  It is stopping you from living fully as the glorious and free child of God you were created to be.  It’s your beggar’s cloak.  You’ve had it for years.  It’s a sign of who you are, your position in life.  With this cloak you project your values, proclaim your beliefs, magnify your achievements for the world to see.  When you’re sad or feeling lonely you seek it, and you cling to it.  When you cuddle it, you feel safe and special and insulated from the problems of life.  When you’re frustrated or when you dislike yourself you find solace and soothing.  Over the years this cloak has become a part of your very identity.  In fact, you don’t even know who you are anymore because your cloak has, inch by inch, month by month, fused itself with your soul.  You can’t even see where you end, and it starts.  Jesus stands in the street waiting for your answer.  Because before you can move on, you have to give it up.  What will you do?

I’ve sat there too.  My cloak has been a hobby that grew too big for its boots, a relationship that was destroying my health.  Many times, I’ve heard the invitation to stand.  I’ve felt the pull of the cloak.  At times I’ve had to wrestle it to the ground, as if it has a life of its own – I’ve had to prize its grip off me.  Even after I’ve cast it off it calls – ‘come back, you need me, you can’t survive without me.  I’m your precious cloak.  I give you all you need.’  What’s your cloak?  Enough.  We don’t need them.  We are following Christ.  So, let’s do that, unhindered and free.  Because before you can move on, you have to give it up.