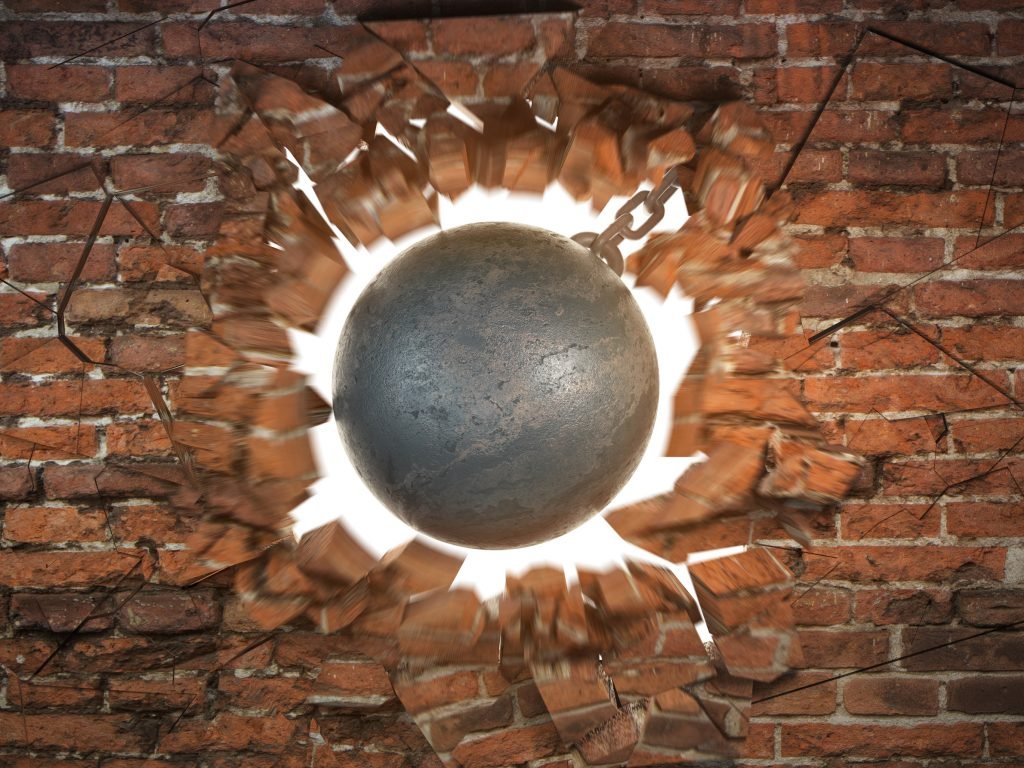 I can’t wait for Friday.  I’ve been very patient now for five years.  The last year has been the hardest because it should have happened in 2020.  But with twelve months’ delay, my heart is even more longing for the flame to reach the stadium in Tokyo and the games of the 32nd Olympiad will begin.  This will be my first Olympics since becoming a US citizen.  Five years ago, in Rio the US won most gold medals, no surprise there, but Britain came second with 27.  So, this seems like an excellent time to have dual nationality.  Whatever happens over the next three weeks I think I’ll have a lot of smiles.  I can clutch my blue passport and be happy in the swimming, track and field, gymnastics – you know, all the sports where the competitors have to move around; but for the other sports – the ones in which competitors remain on their backsides, I can wave my red passport.  Because out of Britain’s 27 gold medals in Rio, a staggering 15 of them were in sitting down sports.  Two in canoeing, two in sailing, two in equestrian, three in rowing and a six in cycling.  Just let your head get around that wondrous fact – over fifty percent of Britain’s gold medals were won by people sitting down.  All that running around and swimming and walking and standing – it demands rather too much effort.  Why go to all that bother when you can win a gold medal and not even have to stand up?

Of course, the vision that birthed the modern Olympics was the celebration of human unity.  Sport, they thought, will bring people together.  In a world where we are divided by nationality, politics, ethnicity, and unequal access to resources, sport can be a leveler, a creator of unity, a demolisher of walls.

There’s nothing like walls coming down.  In 1989, I stood in awe, holding my newborn, Tim, wondering what kind of world he had just entered. We watched young people in Berlin taking sledgehammers to a wall and a wrecking ball to thirty years of division and fear.  The custodians of hostility watched helplessly.  They stood bemused that, even though they were uniformed and armed, the truly powerful were tearing down concrete and dancing on the rubble.

There is nothing like the end of hostility.  There is no feeling like the one that floods your soul when the conflict is over.  I know some couples who love the thrill of making up so much that they deliberately fight so that they can then forgive and be one again.  And as it is for two people, so it is for communities and nations, like the people of Germany when their dividing wall of hostility was destroyed.  A ‘dividing wall of hostility’.  What a great phrase.  It was in the reading from Ephesians just now.  Did you notice it?   This was not a literal ‘dividing wall of hostility’, like the one in Berlin, but a metaphorical one.  Paul is writing to gentiles about their earlier relationship with Jews.  Two peoples, he says, who were separated by a wall.  But Christ has demolished that barrier, by his death, and brought unity to these two warring communities.  “For he himself is our peace, who has made the two groups one and has destroyed the barrier, the dividing wall of hostility, by setting aside in his flesh the law with its commands and regulations. His purpose was to create in himself one new humanity out of the two, thus making peace, and in one body to reconcile both of them to God through the cross, by which he put to death their hostility.”

Do you realize what we have here?  Do you get how exciting this is?  If this is true, if the death of Jesus has broken down the wall of hostility between Jew and Gentile and made one new humanity, then what does that mean for other divisions?  Think of those huge historic global problems.  Those unhealable conflicts that diplomats, militaries, even the Olympics can’t resolve.

Jesus and the power of his death and resurrection can go places where mere religion can’t go.  Sometimes religion actually adds to people’s divisions.  It’s tragic, but we know it’s true.  I think of the six counties in the north-east of Ireland, where for many generations the great majority of Protestants have wanted to be a part of the United Kingdom, and most  Roman Catholics have wished to be part of the Irish Republic.  And both have wanted it with a passion that led to countless murders.  But when I think of that deep-seated, historic hatred and how ‘dead religion’ has contributed to it, I also think of David Hamilton, a loyalist, and Liam McCloskey, a nationalist.  Both were imprisoned for acts of terrorism.  And both came to a living faith in the risen Christ.  Now, many years later they are free, and they are friends.  They travel together talking about how Christ has torn down their dividing wall of hostility.  Politics can’t do that.  It can do a tremendous amount of good; and let me say that we should have no time for the cynical judgments of those people who say that politicians are all corrupt and politics is a waste of time.  Politicians can and do prevent wars, relieve poverty, heal injustice, and create conditions in which true goodness can flourish.  But here’s my point, politics can’t change people’s hearts.  Only the love of God can do that.

As my heart is touched by God’s grace, so I see myself as part of the problem.  I see my pride, my greed, my tribal identity, my need to be right.  And grace leads me to see God in my enemy.  I feel moved to make a kind gesture, to pass a compliment, to climb out of the trench, throw down my rifle, walk into no-man’s land – the few yards where the wall stood before Christ demolished it, and hold out my hand.

But can it really be that simple?  What about all that emotion, some of it so strong that you think it might eat you alive?  How are we supposed to be one people in the parish of St Paul, when we are all so different?  How can the church be one, when we live in the agony of a nation split by culture wars, where it feels like every little choice we make identifies us as being on one side or the other – whether it is the vehicle we drive, our attitude to the vaccine, even what is in your fridge will identify you as liberal or conservative or progressive or MAGA.  We’ve all been drawn into the savagery of a cold civil war.  How can we be one in a local parish church?

When it comes to beliefs there’s a huge diversity in our parish family.  And that is the way it should be.  Don’t forget the Anglican church was founded with the intention of being home to Catholics and Puritans.  It’s a wonderful project and it is our gift to the world – congregations that value the unique perspectives of everyone.  What a thrill it is for me to give Communion to a Libertarian, next to a Socialist, next to an Evangelical, who’s next to a Progressive, next to a Catholic.  Don’t worry, I won’t blow anyone’s cover.  All we have to do is be who we are.  We don’t have to try to make ourselves one.  We already are.  This entire reading from Ephesians is in the past tense.   It’s done.  The work that was needed to make us one has already taken place.  We don’t have to try very hard to create one-ness.  All we have to do is live into the truth.  So, when we hurt each other, bear grudges against each other, do whatever it is that causes friction between us, we are acting in a way that does not match the truth.  When we look at the person a couple of pews in front of us and think, they’re too conservative or too progressive, or too Evangelical or too liberal, or too Catholic or too anything, we’re going against our nature.  We’re pretending that Christ’s death did not really do what scripture says it did.

Now that is wonderful news.  Unless, of course, you want to be at war with other Christians.  And if that is you then there are many churches to choose from, where you can isolate from people who think differently, where you’ll find a pastor who will tell you what your political views should be and where you are free to form negative opinions of Christians who are not like you.  Or we may as well just accept that St Paul’s is one body with that strange denomination that worships in a weird way and does things we don’t understand.  Instead of looking down our noses at other churches and other Christians we have to just get on with the task of recognizing our unity and loving them.

Oh, one more thing about walls.  At the end of this reading, Paul says that Christians are part of one, and this wall is not a bad wall like the dividing wall of hostility, it is a good wall.  Because it is not just a wall, but a building, and not just a building, but a home, the home of God.  “You are members of God’s house, built on the foundation of the apostles and prophets, with Christ Jesus himself as the chief cornerstone.  In him the whole building is joined together and rises to become a holy temple in the Lord.  And in him you too are being built together to become a dwelling in which God lives by his Spirit.”  We are stones, bricks in God’s house.  This morning we have not come to the house of God.  We ARE the house of God.  You, me and every other Christian are stones in God’s home.  For a stone wall to remain stable and serve its purpose the stones have to be in contact with each other.  Pretty difficult in a pandemic, but as we re-emerge it becomes more possible.  Each brick has a job – to support other stones; and it has the task of allowing other stones to support it.   Now, what a great picture of God’s house.  We, God’s stones, need to be close to each other, giving each other our care and support, and we need to be receiving it from others.

Jesus has demolished the wall that separated us from each other, and then he picked the bricks out of the rubble and built them together to make a house for God.  Unity out of division.  Love out of hostility.  We are one.  Let’s live it.  Let the games begin.