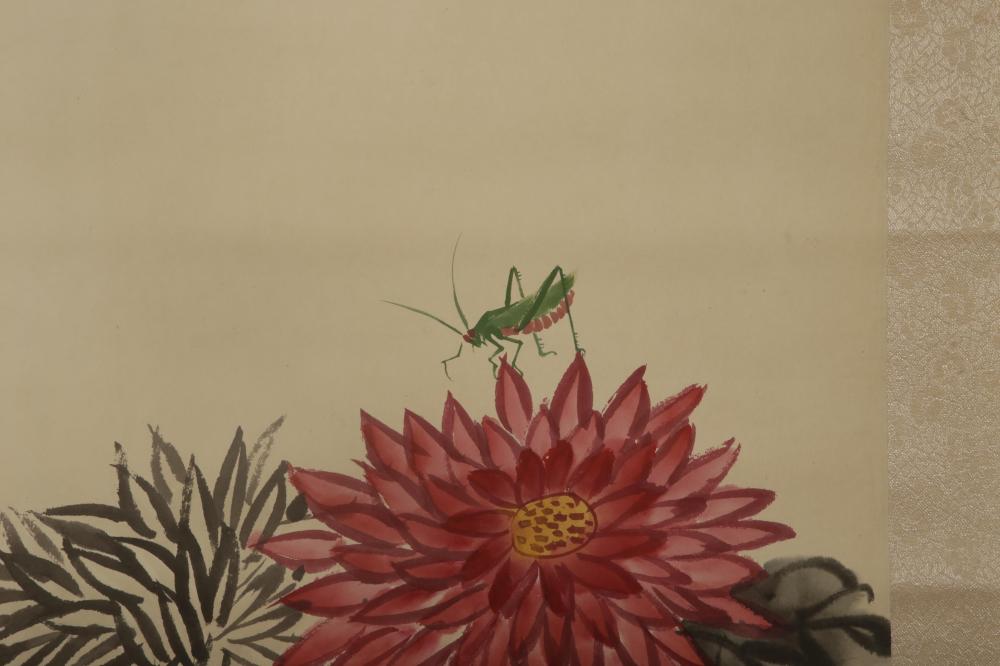 When you’re choosing the animal nickname for your sports team you need to give it some careful thought.  You want an animal that symbolizes strength, like a bull, or ferocity like a lion, or teamwork like wolves; anything, really, that conveys courage, power, and all-round invincibility.  You don’t have the Houston hamsters – too cuddly; the Lincoln Lambs – too cute, or the Anaheim Aardvarks – too difficult to spell… Give us an A, give us an R, no wait, give us another A.  So, why, then, did the Swiss city of Zurich give its major professional soccer team the name Grasshoppers?  Granted they are useful at the long jump, but they can be crushed underfoot without someone even noticing.  When it comes to intimidating opponents, the grasshopper has all the fear factor of, well, a grasshopper.  If the metaphors you use shape your life, then what were the good people of Zurich thinking 140 years ago when they baptized their football club after that creature?  Well, I don’t know, but it hasn’t done them any harm because Grasshoppers have won the Swiss league championship 27 times.  Maybe it’s Zen mind games – make the opposition think we’re feeble and tiny and they should crush us, while secretly filling our team with great players from around the world.

No, if you’re going to name your team after something with wings, make it an eagle.  Over 1,600 sports teams in the US can’t be wrong; it is the most used nickname in all of American sports.  I’d rather be a sparrow than a snail, a hammer than a nail, and an eagle than a grasshopper.

That’s what Isaiah thought, in chapter 40, which we read just now.

“Have you not known? Have you not heard?  Has it not been told you from the beginning?  Have you not understood from the foundations of the earth?  It is he who sits above the circle of the earth, and its inhabitants are like grasshoppers.”  That’s how the passage starts.  With grasshoppers.  Human grasshoppers.  That, says Isaiah, is what we are, ladies and gentlemen, compared to the power of Almighty God.  But that lowly beginning evolves into something more majestic by the end of the passage.  “God gives power to the faint and strengthens the powerless.  Those who wait for the Lord shall renew their strength, they shall mount up with wings like eagles, they shall run and not be weary, they shall walk and not faint.”  From grasshoppers to eagles.

Don’t we need this word, in Month Eleven of the pandemic? – God gives power to the faint and strengthens the weary.  Those who wait for the Lord shall mount up with wings like eagles, they shall run and not be weary, they shall walk and not faint.”  Because if there’s one word that describes our society right now – there are many – but one of the top ones is ‘weary’.  Not the regular kind of tiredness that comes from a long day of work, or the exhaustion that comes from a few nights of poor sleep.  I mean a weariness with life.  A parishioner told me that they’ve bought a new clock and instead of numbers it has the days of the week, because it’s so easy to lose track of the days.  Last Tuesday may have been Groundhog Day, but it describes every day for the last eleven months, but without Bill Murray to make it fun.

So, let’s seize on this wonderful promise from God – this thrilling transformation, this energizing evolution, this magnificent mutation, from grasshopper to eagle.

I want you to do something.  Close your eyes and conjure up an image of an eagle.  Everyone seeing an eagle in their mind’s eye?  OK, open your eyes.  Now what was your eagle doing?  I bet your eagle was soaring.  It wasn’t flapping its wings frantically, working hard to stay airborne.  It probably wasn’t perched in a tree or sitting on the ground.  It was soaring.  Hanging there – effortlessly and free.  Eagles find the thermals and they rise without effort, climbing higher and higher without even a flap of a wing, they rest in midair.  “Those who wait on the Lord shall renew their strength, they shall mount up with wings like eagles.”

The pandemic has been transforming for me.  It has changed the way I view church and the way I regard my ministry.  It’s made me more relaxed.  I feel less dread that it all depends on me and my hard work, and that the number of bottoms on pews indicates how good a priest I am and how much I’m worthy of God’s love and people’s acceptance.  Right now, I feel relieved of those unhelpful and untrue thoughts.  What I’m learning is that it never really was about bottoms on pews, or at least it shouldn’t have been.  It has always only ever been about feet following Jesus, whether they are in church on a given Sunday or not.

What’s the key to soaring like an eagle?  Waiting on the Lord.  And if there’s one thing we should be really good at by now, it is waiting.  You and I don’t need to be out there making things happen, doing deals, having meetings, planning the future.  It is only on God’s thermals that we can soar.  Desperately flapping our wings won’t cut it.  I’m really excited that Lent is just ten days away, because it will give structure to our waiting.

But maybe Isaiah knows what he’s doing.  Maybe being an eagle is so magnificent that it may feel like an impossible goal for most of us.  What’s so bad about being a grasshopper?  Many of us – me included would settle for just being human.  Just humbly, unspectacularly walking with God; running would be fantastic, but soaring through life like an eagle?  I’m not sure I can do that, even with the help of God.  My faith is too puny, my life too erratic, my ability to live contentedly too marred by my human frailty.

I really wanted to be Graham.  I’d have given anything to be Graham.  Graham was the son of a famous father.  His dad played cricket for England.  In fact, he was one the most gifted players of his generation and played for the English national team over 100 times.  He was knighted by the Queen for his services to the game.  Graham’s dad was a legend everywhere cricket was played.  And for a boy like me, who loved cricket, Graham’s dad was the ultimate swashbuckling hero.

I met Graham when we were fifteen.  He went to a prestigious independent school in the South of England, and I went to a much more ordinary one 50 miles away.  Graham’s school were the champions of their county at age-fifteen, and my school were the champions of our county.  And so, we played each other.  And there was Graham.  Everyone on our team knew who he was.  We talked about him all the way to the game on the school bus, nervously, hoping that we’d be able to overcome our feelings of unworthiness when the game started.

Graham looked like his dad, and he batted like him.  At least, a 15-year-old version of him.  Needless to say, his school won, and went on to become national champions.  I don’t remember how many runs I scored that day.  Actually, I do, and it was way fewer than Graham.

Four years later I met Graham again.  Now we were both freshmen at college.  He was at a prestigious university in the north of England, and I was at a more ordinary one 130 miles away.  (Do you see a pattern here?)  Our colleges were due to play each other, but it rained all day and not a ball was bowled.  But I recognized him in the pavilion – looking even more like his father.  Actually, I’m glad it rained that day.  I didn’t want to see just how good Graham had become, at least not through the eyes of an opponent.  Truth is, he’d become very good and left university at the end of that summer to play professionally.  Now I really wanted to be Graham.  World famous dad and now a professional cricketer.

In the years that followed I saw Graham a few times, but he didn’t see me.  I would pay to see him.  I bought my ticket, took my seat, and yes, he’d become very good.  He eventually retired after a successful fourteen-year career.

I heard nothing more about Graham for years.  Then, just before Christmas, I was scrolling through the BBC’s sports pages and was shocked to read that Graham had died.  It rocked me because I had wanted to soar like Graham.  I’d have given anything to bat like Graham.  People like Graham were special.  They lived long and happy lives.  They did not retire from cricket and then lose all their money in a failed business venture; they didn’t experience divorce; they didn’t lose their home and have to live in their car for months; they weren’t forced to drive a delivery van just to earn money to buy food.  And they didn’t die at 56.  Except, according to his obituary, Graham did all those things.  And it didn’t make sense.

Sometimes, flying like an eagle can take you too close to the sun.  Sometimes, walking and running are the best we can do, and it is enough.  Perhaps being a grasshopper is OK.  However you’re feeling today, may you know the truth of God’s promise – rest in God and find your relief from weariness, may you run and walk without quitting, and may you even soar like and eagle.