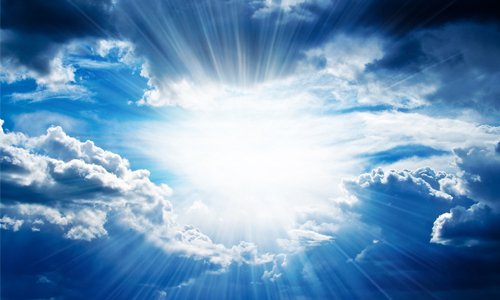 Of all the superhuman achievements listed in the Guinness Book of Records, perhaps the most eye-opening, and I do mean eye-opening, belongs to a Californian named Randy Gardner.  He set his world record at 2am on January 8th, 1964, when he was just 17.  At that moment, 2am, Randy had been awake, without snooze or nap, without even one wink, let alone 40, for 264 hours – exactly 11 days.  11 days without sleep!  Clearly Gardner did not go to church that week.  The word for talking in your sleep is Somniloquy, and the word for talking in other people’s sleep is preaching.  In gastroenterology class at medical school they teach you how to cure heartburn. In preaching class at seminary they teach us how to cure insomnia.  Actually, research has shown that if you take everyone who has ever fallen asleep in church and laid them end to end, they’d be much more comfortable.

11 days without sleep.  Randy Gardner’s record will, actually, never be broken.  The Guinness Book of Records no longer validates attempts at sleep deprivation because it can cause harm.  UC Berkeley neuroscientist Matthew Walker says that even the smallest amount of sleep loss has health consequences.  There is, of course, a massive sleep experiment that’s performed on 1.6 billion people twice every year.  Daylight saving time.  I was shocked to learn that in the spring when we lose an hour of sleep, hospitals report a 24 percent increase in heart attacks, while in the autumn, when we gain an hour’s sleep, there is a 21 percent decrease in heart attacks. So don’t be like Randy Gardner.  Get some sleep – when you get home.

So, how shocking is it to read the instructions of Jesus in today’s Gospel?  “Keep awake therefore, for you do not know on what day your Lord is coming.  If the owner of the house had known in what part of the night the thief was coming, he would have stayed awake and would not have let his house be broken into.  Therefore you also must be ready, for the Son of Man is coming at an unexpected hour.”

But, Lord.  I’m weary.  I’m sleepy.  I’m tired of trying so hard to live right, to have discipline and self-control, to give and give.  It all seems too much.  Can I sleep now?  I’m tired of helping and caring, of loving and serving.  Can I lay down my responsibilities and sleep now?  I’m tired of living in a world where pain is everywhere, where sin mars even the grandest of human exploits, where good people suffer, bad people get away with it, where there’s always one more death, one more agony, one more heartbreak – around us and within us.  I’m tired, God.  Can I sleep now?

Advent is a season of challenges.  The great themes are getting ready, having hope, staying awake.  Advent disturbs.  It creeps up on us and reminds us that we’re not in charge, that for all the good we do in this broken and suffering world, for all the wrongs we right, for all the acts of compassion and truth that we perform, we can’t bring in God’s kingdom – not fully and finally.  Advent reminds us that we depend on God for that, and in particular, on some unmissable, climactic return of Christ at some point in the future.  We modern, thinking Christians find that unsettling.  The concept of God is fine when he keeps himself to himself, acts invisibly, on the margins and in the coincidences.  But when he gets all supernatural on us, then we get a bit embarrassed in case we’re becoming fanatical and unhinged, and people will think we’re wild-eyed fundamentalists.  And yet, there it is, in the Creed, “He will come again in glory to judge the living and the dead, and his kingdom will have no end”, reminding us every week, that God has a plan that is beyond our imagining.  It’s a plan for eternal peace, perfect wholeness, when suffering and death are no more, when Europe’s capitals won’t suffer knife attacks, when America’s schools won’t suffer gun attacks, when the lion shall lie with the lamb and the lamb will get a good night’s sleep, and when the kingdoms of human beings are overwhelmed by the kingdom of God.

If Randy Gardner were here, and by the way, he is still alive and in good health, although he does sleep a lot these days, he would say, “don’t take this staying awake thing literally.”  This is one of those magnificent metaphors that Jesus lobs into our laps Sunday by Sunday.  Don’t keep your literal eyes open – keep open the eyes of your heart – on the lookout for people to love, for moments to care; don’t deprive yourself of literal sleep – deny yourself a snoozing soul that sleepwalks through life not noticing where God is at work, not caring about his values, not interested in his priorities.  Don’t literally stay awake, but keep your spirit alert, eager to keep your connection with God through prayer and meditation, scripture and worship.

So, what does it mean to stay awake, to be ready for the Kingdom?  Well, I think it’s simply this – to live our lives in such a way that we would not have regrets if Jesus were to return this afternoon.  What would we want Christ to find us doing when he returns?  What words would we want him to hear coming out of our mouths?  What thoughts would we want him to discern in our minds?  What motives would we want him to detect in our hearts?  Because let’s be clear – he might come this afternoon!  But even if he doesn’t, he’s going to come at some point in our lives – either in the Second Coming that Jesus describes in the Gospel lesson, or he will come for each of us individually and call us home through death.  One way or the other, as our Liturgy says, ‘Christ will come again’.

Take the example of Colonel Davenport, at one time the Speaker of the Connecticut House of Representatives.  On May 19th, 1780, the sky over Hartford darkened ominously, and some of the representatives, glancing out the windows, feared The End was at hand. There was a clamor for an immediate adjournment, then Davenport rose and said, “The Day of Judgment is either approaching or it is not. If it is not, there is no cause for adjournment. If it is, I choose to be found doing my duty. Therefore, bring candles.”

When I stay awake I keep short accounts with God – having a sensitive spirit, knowing when I fail to meet God’s standards and fessing up.  When I stay awake I keep short accounts with other people – apologizing when I let them down, granting forgiveness when they let me down, being reconciled when there’s a misunderstanding or breakdown in some way.  As Paul says in today’s epistle, “Now is the moment to wake from sleep.  The day is near.  Let us then live honorably as in the day, not in quarreling and jealousy.”  Yesterday I was trying to imagine the coming of the kingdom and trying to imagine the unimaginable glories.  I decided that there’s one I’m especially longing for.  It’s not an end to sickness and pain.  It’s not an end to death.  It’s not an end to poverty and hunger.  (That probably shows you that I’ve never truly suffered from these things.)  No, I cry ‘Let your kingdom come’ most because on that great day there will be no more conflict.  And I don’t just mean an end of war and violence, but of those lesser conflicts where no one dies and no one sheds blood, but lives are still scarred.  The anger that ends friendships, the betrayal that destroys marriages, the suspicion that mars working partnerships, the jealousy, envy, bitterness, negligence, pride, defensiveness that damage our relationships and cause chronic pain, day by day by day.  That’s what I’m most looking forward to.  I’m staying awake for that.  I’m going to challenge myself to stay awake in those relationships so that conflict doesn’t destroy.  At least, that’s what I want to do.

Let me finish with an extraordinary and true story of patiently watching and waiting.  In the days when the Antarctic was the last frontier to be explored, calling and tempting the brave to risk it all for the joy of taming that last continent, Sir Ernest Shackleton towered above his peers.  His most famous expedition was actually a failure.  His attempt to cross Antarctica from the Atlantic shore to the Pacific shore, passing through the South Pole. He and his crew set out from London in August 1914, and they reached the Atlantic coast of Antarctica five months later.  But before they could even begin their 1500-mile trek across the continent, pack ice enveloped their ship, the Endurance.  The vessel failed to live up to its name and was crushed to pieces like matchsticks. 22 crewmembers managed to release three small lifeboats, and row to nearby Elephant Island.  Shackleton and five other men manned another lifeboat, and floated northwards.  After over four months they reached the southern coast of South Georgia in the Falkland Islands.  In time the Chilean government sent a tug to collect Shackleton’s group and then they made their way to Elephant Island, to look for the remainder of Shackleton’s crew.  On August 30, 1916, 337 days after the shipwreck, in the middle of the Antarctic winter, Shackleton found his entire crew not only alive and well, but prepared to get on board. After the excitement died down, Shackleton asked his men how it was that they were ready to get aboard so promptly.  His second in command, Frank Wild, replied that every morning for nearly a year, he had rolled up his sleeping bag, and called out to the men, “Get your things ready, boys, the boss may come today.”  So, friends, get your things ready, the boss may come today.