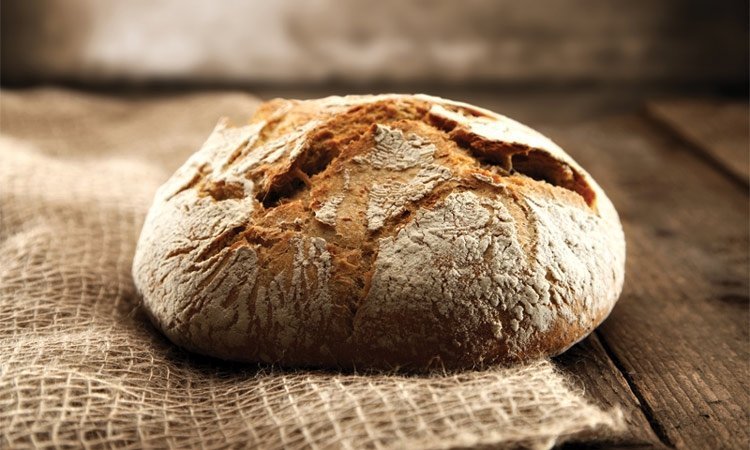 There’s a message in the munchies.  Your snack says more about you than money can.  So says, neurologist Alan Hirsch.  Hirsch asked 800 volunteers to take a personality test and then asked them which of eight snacks they preferred.  The results were astounding: Those who shared a particular personality type chose the same snack 95 percent of the time.  So, let me ask – tortilla chips – anyone?

Well, you are a perfectionist.  You’re successful and ambitious, and you like to plan.  You have a strong sense of social responsibility.

Pretzels: You’re the life of the party.  You love novelty and can quickly become bored with routine.  You tend to start new projects before completing existing ones.

Cheese curls: You have a high sense of morals and ethics, and you insist on treating everyone fairly.  You might seem uptight, but you’re highly organized and methodical.

Popcorn: You’re a take-charge type but with a modest demeanor.  Confident but reserved, you would make a large charitable donation without telling anyone.

Nuts: You’re even-tempered, easy to get along with and highly empathetic.  Your easy-going, cooperative nature contributes to success at home and at work.

Potato chips: You’re achievement-oriented, successful, and competitive.  You’re a natural leader but can be easily irritated with inconveniences such as traffic jams, and personality tests based on snacks.

Crackers: You’re contemplative, thoughtful, and often a loner.  You shy away from confrontation and arguments; you can’t stand to hurt another person’s feelings.

Meat snacks: You’re gregarious and generous, and you tend to be loyal to a fault.

Has that got your mouth watering?  Shall we just move straight to punch on the porch?  While we’re talking about food, how about this: “I am the bread of life. He who comes to me will never go hungry, and he who believes in me will never be thirsty“.

If you were here last week, you’ll remember that we read that extraordinary story of a boy and his lunch and a Messiah and a hungry crowd.   Five loaves, 2 sardines, 5,000 full bellies, and twelve baskets of scraps.  And today’s Gospel lesson picks up where we left off.  Jesus and his disciples withdraw to the other side of the lake and the crowd come looking for him.  And this story is about the pursuit, the chase.  Jesus and his friends are pursuing peace and quiet, a time to rest and renew while the crowd is pursuing him.  They were curious and hungry.  Not hungry for physical food, of course, they had just eaten their fill of bread and fish.  No, their hunger was for something more satisfying and longer-lasting than a tuna sandwich.  Their yearning was deep down in the part of their beings which restaurants can’t feed and doctors can‘t examine.  A hunger not in their stomachs but in their souls.  The stomachs were calm, but hearts were rumbling, contorted by the pangs of futility and frustration.

This story demands that we step back and look at ourselves – our own state of heath, spiritually speaking.  And it sets a tough exam for our culture too.  I’ve read that the three most famous names in the world are Elvis, Jesus, and Coca-Cola.  A weird trinity.  But the singer and author Kinky Friedman believes these three names are so famous because they reveal the three most powerful hungers driving Western people today.  Elvis is an icon of entertainment.  Handsome, cool, sexy, patriotic, he pushed boundaries, invented a musical genre, transcended racial and generational divisions.  Heck, he could even act!  Elvis represents the thrill offered by our ever-expanding entertainment culture.

As for Coca-Cola, well it is simply the biggest brand-name in history.  Happiness can be bought in a half litre bottle for a dollar.   Let me tell you some scary things about Coke. When the company introduced a slightly new recipe in 1996, it received a total of 40,000 letters and 8,000 calls from anxious customers in a single day. One customer wrote: “There are only two things in my life: God and Coca-Cola. Now you have taken one of these things away.”  Here is what someone says about Coca-Cola: “it is more durable, less vulnerable, more self-correcting that the Roman Empire. This product is destined to outlast the USA.”  And researcher named Mark Pendergrast has written that “Coke has achieved the status of a substitute modern religion which promotes a particular satisfying, all-inclusive worldview espousing perennial values such as love, peace and universal brotherhood. It provides a panacea whenever daily life seems too difficult, harried, fragmented, or confused.  As a sacred symbol, Coca-Cola induces varying ‘worshipful’ moods, ranging from exaltation to pensive solitude, from togetherness to playful games of chase.”  Coke was, in fact, invented by a Methodist bishop, and rather like a secular sacrament it invites people to participate in a loving, multicultural, multiracial, multinational human family that sings in perfect harmony.  In fact, the “real thing” is 99% water and sugar.  But it is a powerful symbol of the idea that happiness can be bought, that consuming things will meet all our needs.

Elvis and Coke; entertainment and consumerism. The two greatest idols of our time.  They both promise satisfaction, and to be fair both give pleasure and a feeling of well-being.  For a while.  But they can’t satisfy a person’s deep-down need for love, forgiveness, and peace.  These things are what we search our whole lives for.  We try in vain to entertain ourselves and consume our way to finding them.  But to a spiritually hungry crowd Jesus said “I am the Bread of Life.  He who comes to me will never go hungry, and he who believes in me will never be thirsty.”  And again, “I am the living bread that came down from heaven.  If anyone eats of this bread, he will live forever.  This bread is my flesh, which I will give for the life of the world.”

There is a hunger no one sees.  Like the pangs of physical hunger, it strikes at your core, you can’t just ignore it, it won’t go away.  Leave it unattended and you run out of energy, but try to fill it with the wrong food and your relief will be brief, your contentment short-lived.  The hawkers of dreams, the peddlers of promises, the merchants of mirages, the sellers of snake oil.  You know who they are.  In the Western world we tend to believe we have built our societies on honorable and noble ideals, like the freedom of speech, the rule of law, government by the people for the people, freedom of conscience and worship.  But actually, when we peer hard enough into the heart of Western nations what we find is a truth less noble.  The great myth of Western society is that consuming things will stop the yearning.  Entertainment will feed the craving, leisure will end the longing, consumption will fill the hunger for significance, acceptance, and self-worth.  And to us Jesus says, “I am the living bread.”  The good, wholesome bread.  But often I would rather have the saturated fat of spiritual doughnuts, the frosting of chocolate cake, the butter of existential croissant.  (If I take this metaphor too far you will tell me, won’t you?)  Those quick fixes that satisfy the tummy rumble for happiness, relieve my boredom, or send pleasure-giving chemicals around my brain.  But we know what it’s like, don’t we?  Soon the thrill of the new purchase wears off, the excitement of the experience is dampened by the ugliness of real life.  The glucose high is over and we’re hungry again.  “I am the living bread. Whoever eats of this bread will live forever.”

Barbara Brown Taylor tells the story of a woman on a quest to find the meaning of life.  She reads every spirituality book she can get her hands on.  She goes to lectures.  She talks to learned scholars.  Finally, she decides there’s nothing else to do but sell all she has and travel the world, asking those she meets about the meaning of life.

In a distant land she hears rumors of one who knows the answer, and she searches for him.  Finally, in a tiny hut in the Himalayas, she finds this wise teacher, sitting by a fire.

He invites her in for tea. “No,” she says, “I have not come for tea, I’m only seeking the meaning of life.”

The wise old man insists she come in, and finally she does.  Now she feels a compulsion to talk to this man, to pour out all that’s on her heart.  This she does, for many long minutes, never giving him a chance to speak.

Without a word, he begins to pour her some tea.  Oblivious, she keeps on talking.  She doesn’t notice when her cup becomes full.  She notices it only when the hot liquid overflows the cup and begins to burn her hand.

“That’s right,” says the sage. “You come here wanting something from me, but what can I do?  There is no more room in your cup.  Come back when it is empty and then we will talk.”

We can never be filled without first acknowledging our hunger, our thirst.

Over a year ago it looked like we were learning important truths about life.  And more than learn, it seemed that God was giving us the chance to change.  When much of our entertainment (at least the live kind) was suspended, when the stores were closed, and travel was shutdown, most of us saw an opportunity to examine who we are.  Suspend the rush, pause the commute, stop the activity, take a break from the craziness of our lives, look deeply into our hearts, and reflect, with God, on what truly matters.  We saw again that human lives were the most important thing on the planet.  We willingly gave up some of our freedoms in order to save others.  When we paused, we saw that relationships are more important than possessions, love more fulfilling than pleasure.  Many of us were hopeful that being forced to experience these things could transform us, and that when we emerged from the pandemic, we’d be different – our culture would be deeper, our lives more meaningful, our society more just.  Some of us were more sceptical that the lessons would be truly learned, and the changes would be permanent.  I think it is still too early to reach a verdict.  Let’s allow the jury a few more months before we pronounce with authority that we learned the lessons, or we did not.

But, even if it is too early to see the big picture, each person – you, me, and everyone you know, can look at ourselves.  Nearly 18 months on from the start of the pandemic – where are you?  What’s going in your heart and soul?  Where is God involved in your life?  How are you responding?  Are you hungry?  Let’s not go back to Elvis and Coke.  But let’s feast on the Bread of Life who fills us forever.