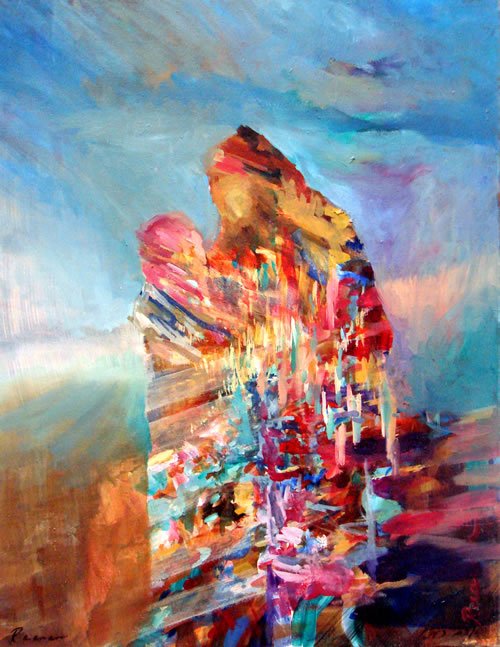 Joseph and his Amazing Technicolor Ego: From Eden to Egypt Part 10

Have you had one of those moments when people have judged you for the clothes you’ve worn?  Well I’m sure you have because according to research by Harvard Medical School people assess your competence and trustworthiness within one quarter of a second of meeting you – based purely on how you look.  This is really depressing.  Economist Sylvia Hewlett examines this soul-destroying phenomenon in detail in an article in Forbes magazine where she presents her findings of studying 268 senior company executives.  There are seven ways your boss judges you, she concludes.  There’s your grooming, your posture, your physical attractiveness (you all look lovely this morning, by the way); tragically, how slim you are, your height, how young you look, and finally, how expensive your clothes are.  Why do we even bother?  Let’s just all give up going to job interviews.  I remember when I was a teenager my mother bought me a nice sweater.  It really was a beautiful sweater.  It was from Harrod’s.  Many of you know about Harrod’s.  The only people who shop there are millionaires, social climbers, and American tourists.  My mother wasn’t American or a millionaire, so you can work out which one she was.

Anyway, this sweater was royal blue, made of pure lambswool, and had the letter ‘H’ embroidered into it, identifying it as coming from Harrod’s and making sure my mum got full social value for the small fortune she’d paid for it.  Now I was a very self-conscious teenager, and I didn’t want to stand out from the crowd in any way.  Drawing attention to myself by my clothes was my idea of torture.  I just wanted to be like every other kid.  And I reckoned this sweater would turn heads and I would die of embarrassment when people commented on it, as they surely would, and which was my mother’s whole point.  So, without ever wearing it, one evening I snuck into my parents’ bedroom, went to my mother’s dressing table where she kept her embroidery case, took out a needle, and for a good hour painstakingly picked at the thread that formed the letter ‘H’.  This seemed like a good idea at the time.  I reckoned that my mum wouldn’t like it, but frankly she had it coming for trying to make me stand out from all the other kids. But then as I was finishing cutting and pulling and poking it became clear that I was creating a great big hole in the sweater, where the letter ‘H’ had been.

Now, if there’s one thing worse than drawing attention to yourself because people think your mum is an American tourist or a millionaire or a social climber, it is drawing attention to yourself because you have so little self-respect that you wear sweaters with huge holes in the chest.  So I never did wear that sweater.  I forget what happened to it, but I suspect that one day a gifted needle worker rummaging through a church jumble sale in my town spotted a Harrod’s sweater for 25 pence and returned it to its original hundred-pound splendor.  I hope so.  By the way, I realize that I just mentioned Forbes magazine, and the only people who read Forbes magazine are millionaires, social climbers and British tourists.  You can work out which one I am.

One young man who would not have been shy about wearing a fancy sweater was Joseph.  Instead of a sweater, though, he had a swanky coat.  Now the only people to wear swanky coats in the Old Testament are millionaires, social climbers, and Hebrew tourists.  And Joseph is all three.  He is surely a millionaire.  His dad Jacob has grown very rich during his time living with his uncle Laban, he’s acquired hundreds of head of cattle, sheep, goats, and camels.  As for being a social climber, well Joseph is the favorite son of Jacob’s favorite wife, Rachel.  In the sophisticated pecking order of Old Testament family life, this gives Joseph a great deal of prestige, symbolized by the swanky coat, and he lords it over his eleven brothers.

Joseph is so self-assured in his status as the blue-eyed boy that he thinks nothing of telling his brothers and even his mother and father that one day they will all bow down to him.  He is naive and proud.  He assumes that because he has been treated with special honor, he should one day be humbly adored by his brothers and parents.  So let’s be generous to Joseph.  He doesn’t set out to hurt his family when he tells them they are all going to bow down to him, it’s just that it is so obvious that it’s no big deal.  Joseph and his amazing Technicolor ego.

Now, those people who think they are born to positions of power and wealth really annoy those of us who are not.  It is especially irritating if you are the sibling of one or one of eleven siblings of one.  And here’s where Joseph becomes a Hebrew tourist.  In today’s story from our summer sermon series, From Eden to Egypt, the brothers get him alone, out on the edge of the desert.  Most of them want to kill him but Reuben the eldest, and clearly with that sense of responsibility that eldest siblings have, suggests instead that they beat him up and throw him in a pit.  Thanks bro.  But Judah, who is fourth in the birth order, and therefore a middle child, and so pretty messed up, sees that instead of leaving him to die they could make some money.  So they pull Joseph up from the pit and sell him as a slave to a passing caravan of Ishmaelite traders.  And they strip him of that swanky coat – that symbol of their inferiority – and they soak it in animal blood, take it back to their father and say that wild beasts got him.  Meanwhile the Ishmaelite traders take Joseph to Egypt.

So today let’s sit with Joseph in that pit, beaten up and discarded by his brothers.  I wonder if he pleaded for his life.  Did the arrogant young man beg for mercy from his bitter brothers?  I suspect the brothers loved this irony – the one who had predicted that they would bow down to him is now begging them to spare him.  Another irony, perhaps even more delicious than that – those Ishmaelite traders.  Ishmaelites.  Descendants of the no-good son of Abraham.  Joseph and his brothers were descendants of Isaac, the Beloved, the Chosen.  His rejected brother, Ishmael, had been cast out into the desert by Abraham and Sarah and left to die along with his mother Hagar.  How marvelous; the son of The Promise, the heir of the Covenant, is now at the mercy of the sons of Rejection, the outcasts of the Covenant.  How the mighty has fallen.  Joseph is rejected by his brothers, cast out of the family, he will die a wretch, a slave in a foreign land whom no one will remember.

Have you ever been in a pit?  Have you ever been rejected by those who should have loved you?  Have you been beaten up and left for dead, metaphorically speaking?  What’s your pit?  Who beat you?  What enslaved you?  Are you free yet?  How are your injuries?  Have the scars healed or are the wounds still open?

Many people have told me that these stories we have read all summer have touched their lives, and not always in a happy way.  These stories of rejection, failure, and suffering are not just the stories of the first Hebrew people.  They’re our stores too.  Some Christians are embarrassed by the Old Testament, but not us.  Sure, it is sometimes hard to understand and apply them to our lives, but these are our stories.  We treasure them because we, too, are children of Abraham.  And they are ours in another way – a deeply personal way.  Along with Abraham we are adopted as God’s children and we inherit the Promise.  Along with Hagar and Ishmael we face and confess our spiritual poverty.  In Isaac and Jacob we are disgusted at how a society can lie and cheat and dehumanize, and we are appalled that we too are part of a society that runs on much the same sins.  And as we gaze into a pit at Joseph we see a young person, naïve, arrogant, foolish, now half-dead, with nothing to look forward to but indentured servitude in the Egyptian Empire.  As I gaze at the pitiful lad whose boasting has destroyed him, I am reminded of my own pride – that most powerful, insidious, and oldest of human sins.  I recall what a pain in the neck I was to my parents when I was a teenager and a brand-new Christian, how my self-righteousness caused pain to the people around me.  How, even my teenage desire to blend into the background that led me to destroy a  very expensive gift form my mother, was rooted in my self-absorption and not in her feelings.

But there’s another story running through all these events, and if you look hard enough you will see that same thread, unbroken and glorious, running through your life too.  Stare hard.  It’s the story of grace.  It’s the epic tale of how despite our failures and our rejections and our weaknesses and our half-hearted, ham-fisted attempts of living a good life, we have not been alone.  The God who sat with Joseph in a pit and rode next to him on a camel all the way to captivity in Egypt is the God who has gone with you through the most desperate times.  And even today, if you feel like you’re in a pit, or being hauled out and carted off to captivity, God is going with you.

The Promise that began in Eden, was spelled out in Abraham, then embellished in Isaac and Jacob, now sits bloodied and broken on a camel on its way to obscurity.  But, the God of Abraham, Isaac, Jacob, and Joseph is the God of John, Julie and Jo, of Katie, Kevin and Ken, of Lily, Leonard, and Lee.  Look around your pit, and you’ll make out a figure in the gloom.  A fellow traveler who has been thrown there too.  Jesus will sit with you, and when the time is right he will stand and pull you to your feet.  And then with all his gracious might he will push you up and out.  Sit with him, stand with him, go with him, receive his Promise and live into it.