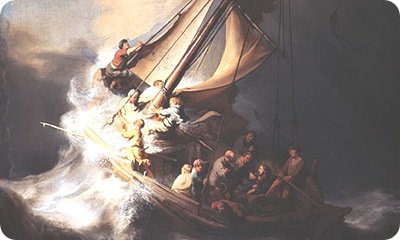 If only you could buy faith from a shop and carry it with you.  Then when you needed it, you could take it out and wave it or swallow it, or whatever it is you’d do with faith if you could buy it from a shop.  Like Popeye and his can of spinach.  When you need it, pull the ring and you instantly have faith that can tell whole planets to change course and they would.  Wouldn’t it be good at those rare times when we get it right in the Christian life, if we could bottle those moments; maybe put them in an aerosol, and then when we needed, we could just take it out and spray ourselves.  Well, now you can.  Liquid Trust.  Developed by a New York lab, and sold on Amazon for $29.95 for a quarter-ounce, Liquid Trust is an odorless spray that promises to give you, well, liquid trust.  Its secret is something called oxytocin.  That is the hormone that the human body produces that is associated with trust and social bonding and is not to be confused with oxycontin, the opioid.  According to its manufacturers Liquid Trust “helps build trust between friends and family members, promotes social bonding, and enhances positive emotions in social interactions. It can also reduce stress and alleviate anxiety.”

And it seems to work.  The University of Zurich asked 128 volunteers to play an investment game, in which they were asked to trust their money to anonymous managers.  Half of the investors were given a nasal form of oxytocin, and of them, half chose to make the investment.  But of those who used a placebo, only a quarter invested.  I’m convinced.  [So, what do you say.  Shall we do this?  It’s only thirty bucks.  Let’s have a special collection today to buy some Oxytocin, then during the stewardship campaign in the autumn…  Yeah?  Do you see where I’m going with this?  We promise to spend every penny wisely, trust us.]  Seriously, though, someone needs to do a study on whether it increases trust in God.  Wouldn’t that be interesting?  I’d buy it.  Thirty bucks is a small price to pay for the peace that comes from knowing God is on your case and loves you.

Incidentally, I did the math and at 30 bucks a quarter ounce, Liquid Trust costs over $15,000 a gallon.

It’s hard to trust when the liquid you’re floating on is crowned with eight-foot waves, when the wind is angry, and the sky is vengeful.  “Teacher, don’t you care if we drown?”, shouted the disciples in today’s Gospel lesson.  This had not been in their plans that evening when they snuck off to the sanctuary of their boat.  It had been a long and tiring day.  Jesus had been in demand.  Mark says this was the evening of a day of teaching, including that lesson we heard last week about the tiny seed and giant plant that is God’s Kingdom.  They’d seen that plant grow that day – Matthew tells us that Jesus had been healing as well as teaching.  The Kingdom of God had come to some people.  Jesus was surely drained.  He needed that boat trip away from the crowds.  Imagine the soft late afternoon sun disappearing into the blue lake, the temperature now tolerable after the gruelling heat of the day.  It’s a postcard.  The weather is lovely, wish you were here.  And Jesus was here – sleeping in the stern.

Yet not everyone on board was ready to rest.  The four fishermen, those old seadogs, kept one eye open.  They knew that looks could be misleading on the Sea of Galilee when evening came.  Storms could bubble up from nowhere as the temperature fell.  Can you see Peter and Andrew, James and John looking anxiously as the clouds form, feeling the breeze pick up, casting knowing glances to each other.

And their fears are justified.  “Teacher, don’t you care if we drown?”  I don’t know what the greater miracle is – the fact that Jesus wakes up, tells off the wind and the waves, as if they were naughty puppies (the Greek verb actually has that meaning), or the fact that he must be woken up in the first place.  How could he sleep when there’s a deadly storm throwing the boat into the air?  Pass the Liquid Trust.

Maybe those storms, those defiant puppies that Jesus rebukes are not the ones that blow around us, but those that rage inside us.  The storms of fear and worry.  Wake up, Lord, don’t you care if I drown?

The other day I remembered a time when I was at Virginia Seminary with dozens of other priests.  And the professor instructed us to conjure an image that described how we felt about our ministries.  And the image I came up with was a painting from 1633 by Rembrandt called ‘Christ in the Storm on the Lake of Galilee’.  It used to be in a museum in Boston, but was stolen over thirty years ago, and has never been recovered.  It’s a captivating painting.  If you study it, you’re drawn into the drama and terror on the lake.  The boat is at a frightening angle to the sea, waves engulfing it, the wind overpowering it.  There’s a disciple holding onto a rope attached to a sail, four more clinging to the mast, one trying to keep the rudder straight, another bent over the side looking like he has sea-sickness, one with arms out gesturing to Jesus presumably accusing, “Don’t you care we’re going to drown?’, and then there’s Jesus himself, sitting calmly with the remainder of the petrified disciples gathered around him.  So, I put the picture on the projector and told the class how this boat was a picture of my ministry, actually of my whole life.  And how on any given day I am one of those disciples – the one fighting to keep things together, the one struggling desperately to steer a good course, the one holding on for dear life, the one just sick to his stomach with the whole thing.  I think that’s when the professor called my bishop.  Sometimes it feels like the boat that is your life is being overwhelmed, doesn’t it?  And you are one of those disciples either trying to hold it altogether, or just about to give up, or crying out your accusation that Jesus doesn’t really care.

Now notice Jesus in this story.  There are some things he does not say.  He doesn’t say, “Don’t be silly; there’s nothing to be afraid of.”  Actually, there is a huge storm to be afraid of.  Jesus will never minimize our fears, but will help us face them.  Something else he doesn’t say is “reach down into your soul and you will find the courage you need”.  No, the kind of courage it takes to go through some of life’s storms does not come from our frail human hearts.  The courage that overcomes our tempests comes from God – and we find it when we reach the end of our ropes.  It’s when our resources are used up that we find God’s resources.

There’s one final detail about this story that I want to finish with.  It’s the opening sentence.  ‘That day when evening came, Jesus said to his disciples, “Let us go over to the other side.”’  So, what’s the big deal with that?  I hear you ask.  Well, the big deal is what is on the other side.  Jesus and the Twelve are on the West shore – the Jewish shore. Across the Lake was the Land of the Gerasenes.  Gentile territory.  Here be dragons.  Now, I’m not usually into fanciful interpretations of scripture, but there’s a time for everything under the sun, and today is the time of me to do some speculative biblical interpretation.  I just wonder.  The thirteen were on this journey away from the familiar place, where they were popular and welcome, where they were among their own people.  They had to pass through a horrifying storm, a transition of terror, and on into a strange land and full of unknown people.  You see where I’m going with this?  I wonder if this may not be God whispering into our hearts the  invitation to embrace the unfamiliar, to welcome the stranger, to open our hearts to the alien, to notice our common humanity in the other – whoever that ‘other’ happens to be.  Sixteen months ago, we left the familiar, set sail through a storm.  We’re now emerging, we see land, we know that God does care if we drown.  Moving from the security of one’s own land and people to the uncertainty of the other truly can be a storm.  The fear of reaching out.  The fear of celebrating our equality with people we don’t understand, the fear of discovering that we are just like them.  That fear can be paralyzing.

What is on the other side of your Lake?  Where do you need to go this week, what fearsome body of water must you cross, and who lives on the other side?  Whose hand do you need to take in friendship?  Who needs to hear your apology or your words of acceptance?  Don’t let your storm of fear stop you.  Ask Jesus to still the puppies in your heart.  Take out the Liquid Trust and spray it all over you, you’re going to need it.  Hear the word of the Lord, “Let’s go over to the other side.”  It’s daunting, scary, you fear overwhelm.  But hear those words – not ‘let’s try to go over to the other side’, not, ‘let’s see if we can make it to the other side before the storm comes’.  No.  “let’s go.”  That’s all.  Just  do it – and we’ll get there.