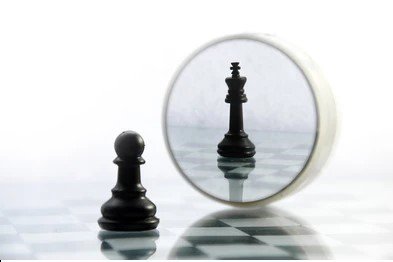 Mirror, mirror on the wall

Imagine you are walking through the heaving city streets; it’s so hot the pavement is sizzling; it’s so humid you look like you just stepped out of the shower and put your clothes on without getting dried; you can’t move for people, traffic, and construction, you can’t breathe for fumes, and you can’t even see the sky for the haze.  You’ve about had it with this day when you hear a ‘ding’ from beside you.  You stop, and look suspiciously at the strange box that made the ‘ding’.  Then, the box speaks.  It says, “You are awesome,”  Instantly your day brightens, you get a little spring in your step, and gentle music fills your soul.

Well, you must be in Washington DC, it must be the summer of 2007, and you must be the recipient of the kindness of a man named Tom Greaves, a local artist.  That summer Greaves created the most wonderful and surprising art installation.  It was a box containing an iPod with 100 recorded compliments that play at random.

“People are drawn to your positive energy,” declared the box.

“You have a nice voice”, it continued.

“You create a brighter future.”

The effects of the box were profound.  According to residents and shopkeepers in the Logan Circle neighborhood it brightened the area and increased foot traffic to stores.  Some office workers went out of their way to hear a compliment, and then continued their journey happier and healthier.  It must be said, though, that because it was just an iPod and people passed it at random, not all the compliments happened to be true.  For example, the Los Angeles Times reported that a bemused jogger was stopped in his tracks when the machine told him he smelled good.

Just another example – like we needed one – that words are powerful.  We’re shaped by what we listen to.  If we’re able to slow down, and if we take the time to listen to positive words, we can be changed.  But we know the opposite is true.  Listening to the angry words, the insulting words, the words that are intended to make you feel unhappy or unfulfilled – these words also change you.

“Be doers of the word”, says James in the spectacular opening to his letter, the first section of which we read this morning, “Be doers of the word, and not merely hearers who deceive themselves.  For if any are hearers of the word and not doers, they are like those who look at themselves in a mirror; for they look at themselves and, on going away, immediately forget what they were like.  But those who look into the perfect law, the law of liberty, and persevere, being not hearers who forget but doers who act—they will be blessed in their doing.”

Studies show that people check the mirror up to 40 times a day.  (By the way, you know when a preacher is just making stuff up because he or she begins a sentence with the words: ‘studies show’.)  There are two types of mirror-checker.  For some, looking in a mirror is simply a matter of gathering data.  How’s my hair, are my cassock and surplice straight, is there a piece of lettuce between my teeth from lunch?  For you, mirrors serve a grand purpose.  They will confirm you are either looking good and you’re ready to unleash yourself on the world; or they will tell you that you have buffalo sauce on your collar, and you need to change before walking into that crucial business meeting.  Other people are not so blessed.  These mirror-gazers check themselves out not to make sure they’re OK, but to confirm they are not.  They try to spot imperfections.  Too heavy, too skinny, nose too big, ears too small, face too many lines.  For those folks the mirror is not a thing of usefulness and service but a means of torture; a cruel prophet they consult in order to punish themselves.

There is, of course, the third kind of mirror-looker – the person who gazes in order to be told how godlike they are.  They are named after Narcissus, of course, a beautiful young man of Greek mythology, who sees his own reflection when he kneels by a pool for a drink, and falls in love with himself.  So smitten is he that he cannot drag himself away from the pool and he eventually dies of starvation.  Let’s not be like that.  And let’s not be like the second type either – the one who goes to the mirror in order to find fault.  Let’s be the first kind.

For James, the perfect mirror is what he calls ‘God’s Law’.  There are people, he says, who look at themselves in God’s law and, then immediately forget what they look like.  But there are others who look into the perfect law and persevere, being not hearers who forget but doers who act.  They, says James, will be blessed in their doing.  Now, by ‘the law’, James means, of course, the Hebrew Scriptures – the Old Testament.  (When James was writing, there was no New Testament.)  But we live this side of the New Testament, and so we want to include all of the Bible in this lesson.  So, here’s an important truth that we need to grasp if we are to become mature in our faith… The purpose of Scripture is not to prove you are right, and the point is not to argue about its meaning, or to debate how much of it should be read literally.  No, the purpose of scripture is to lovingly reveal how God sees us.  The perfect mirror, say James.  It reveals to us the truth about God and about ourselves.  When we look into scripture and take its feedback to heart, we begin to understand how God loves us and how God calls us to live.

So, we read the Bible not on order to critique it but to be critiqued by it; not to sit in judgment over it, but to sit under it, not to deconstruct it like we would any other ancient work of literature, but to let it deconstruct us.  We look into this mirror, and we let it take apart our actions, motives, words, and attitudes.  We let it expose them to our gaze, and then it spurs us on to work with God to rebuild us and make us more like Christ.

This mirror, says James, is the perfect law of God.  It gives a true and honest representation of who we are.  Because we need that, don’t we?  Life can be a hall of crazy mirrors, like at the fairground.  Those mirrors all have one thing in common – they give us an out-of-perspective vision of who we are.  On one mirror our heads will be supersized, in another they’ll be squished like they’ve been squeezed in a vice.  In others our legs will completely disappear, and our feet will grow straight out of our torso.  In another your legs will be ten feet long and you’ll have no torso at all.  Life in the hall of mirrors makes us think too highly of ourselves and too miserably of ourselves.  This fairground attraction that is 21st century existence, can feed our inferiority complex and it can boost our Narcissism.  The Hall of Mirrors tells us we don’t look right, or talk right, or smell right, or eat right, or think right, or consume right, or weigh right, or sing right.  We need the perfect mirror that gives us the true picture of who we are.

That’s not to say that when we look into God’s perfect mirror all we see about ourselves is beautiful.  No, that is the narcissism thing I mentioned earlier.  Sometimes when we look into God’s perfect mirror, we see things that are not attractive – those attitudes and habits and ways of talking that cause distress to ourselves and to other people.  But when the crazy Hall of Mirrors that tells us we are gods and goddesses – that we are a human bundle of awesomeness, we need to hear the truth.

But, even when God’s perfect mirror points out something unattractive in our character, there is always more wonderful truth it reveals.  We may be scared to look into the perfect mirror of God because we know we will see imperfection in ourselves, and we’d rather not know.  I don’t want to know how I need to change – that requires too much self-denial, discipline, hard work.  And yet, like the compliment machine in DC, what we will find when we do gaze into the words of God will make us smile.  Because what we see is God’s perfect love for us, that remains constant and unaffected by whatever faults we have.

Professor Joan Brumberg of Cornell University conducted an unusual research project, based on a study of diaries written by teenage girls.  She began by reading diaries from the nineteenth century.  She analyzed their entries, arranging them by topic, before going on to do the same with diaries of the late twentieth century.

What Brumberg found is that the nineteenth-century teenagers spent a lot of time and energy writing about their hopes to become good, useful, caring, positive contributors to society.  These young people possessed imaginations that for whatever reason were alive to the possibility of making a difference and the capacity to dream.  They had a sense of personal mission, something that caused them to reach beyond themselves.

Then Brumberg read the diaries written by twentieth-century teenage girls, and she found something very different. Their aspirations were focused mostly on becoming slim, pretty, well-dressed, and popular.  To the young person, and the elderly person, God’s perfect law reveals a different truth – the true truth – it doesn’t matter what you look like, how much you weigh, how many followers you have on Facebook and Instagram.  You are loved without condition and without limit by your creator.

Let me finish with an amazing picture of God’s perfect mirror, how about this… the world’s largest natural mirror called Salar de Uyuni, and it is in Bolivia. It is  4,000 square miles; it is the world’s largest salt flat.  Look at that.  Running and playing and dancing on the earth’s largest mirror.  Let us do the same – find joy and release and we gaze into the perfect mirror of God and go more deeply into God’s love for us.