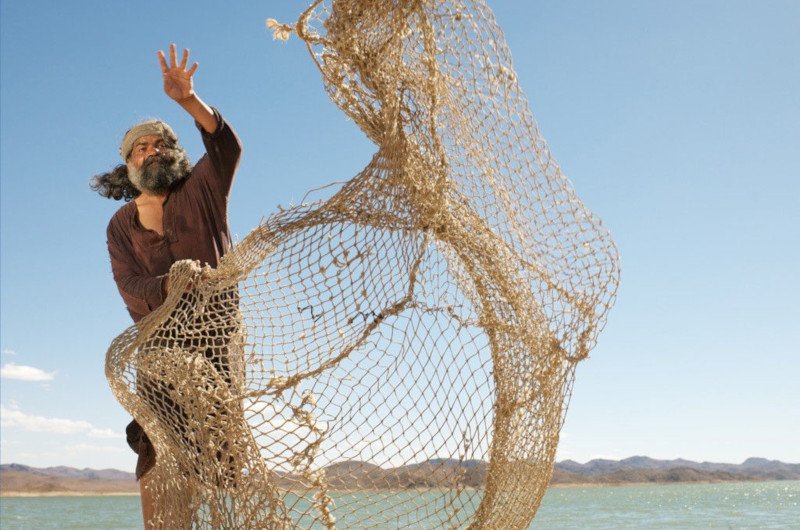 Not Your Grandad’s Fishing

Be careful of the metaphors you use – they will guide your life. That was one of the best pieces of preaching advice I have ever received. And nowhere is this advice wiser than when choosing a name for a church. Our great-great relatives did very nicely thank you very much, by calling us St Paul’s. It’s an honor to be named after the apostle who took the Good News of the Risen Lord throughout the Mediterranean. But others didn’t do so well. For example, according to the IRS’s list of non-profit organizations, which I found online last week, there are dozens of churches in the US that have named themselves Lighthouse. The Lighthouse Fellowship, Lighthouse Christian Mission and so on. And I found myself wondering whether anyone in these churches had actually thought about what a lighthouse is. Is this a good metaphor for a church? And I suspect it’s not. You see, a lighthouse is a warning. It exists to tell people there’s danger here. If you are at sea and you observe a lighthouse you know to back off. You are supposed to stay away from lighthouses – for your own safety. I guess what they were wanting to find was an image that spoke of safety, shelter, warmth, comfort, home. What they actually chose was the opposite of those things.

Jesus, of course, is the master of metaphors and his really do give us safety, comfort, warmth, and a home. Fishing, for example. According to that same IRS publication, there are no churches that are named after fishing. There is no “Parish of St Peter the Fisherman”, there’s no “Fisher Folk Fellowship” (although I think there should be), and somehow the “First Church of Fishers” has forever been overlooked as a name for a congregation. It’s a pity, because Jesus did at least talk about fishing – he never mentioned lighthouses.

Actually, come to think of it, fishing is not the metaphor you pick if you do, indeed, want to communicate safety, shelter, warmth, comfort, and home. Dismiss from your minds Thomas Kincade-style imagery of a sleepy lake, a golden sunset, and an angler peacefully waiting for a bite. Cast out that mental picture of a sea angler on an expensive boat off the Florida coast wrestling a marlin onto the deck. Give a man a fish and he’ll eat for a day; teach a man to fish and he’ll sit on a boat and drink beer all day. Jesus is not thinking of this metaphor when he calls the disciples to follow him and fish for people.

No, the scene that Luke leads into in today’s Gospel lesson is not a tranquil inland angler hunting trout. It’s trawling and it’s a livelihood. It’s uncomfortable, it’s inconvenient, and it’s risky. But James and John, Peter and Andrew had no choice. They were born to do it. Their fathers had boats, and from as early as they could remember they knew that one day those boats would become theirs. Those grueling nights would also be theirs, those arthritic joints theirs, that fear rising with the storm clouds on the horizon theirs, that seasickness theirs, that plea to God that tonight these nets would swallow fish, so their families could swallow bread theirs, those stories of shipwrecks and deaths theirs.

Of all the metaphors Jesus could have used when he called these four brothers to the task of leading men and women to God, fishing has to be the most vivid and the most accurate. And the most troubling. Because it is tough out there. To share your faith with someone is all of the things trawling is – uncomfortable, inconvenient, and risky. You know it is. Most of us would be brave enough to say something personal about our faith in the safety of this building, to another Christian, but doing that with people who do not share our beliefs is frightening.

Four years ago, when I last preached on this passage, I produced a visual aid to make my point. I’m going to repeat it, so forgive me if you were here that morning. Because it is spectacularly good news. We Episcopalians have this amazing resource to help us fish. We’ve been using it for centuries. I guarantee that this attractive and affordable resource will remove all the discomfort, inconvenience, and risk from fishing for people. [Bucket] And we put this on the beach and wait for the fish to jump in.

Now, clearly, this is better way to fish. There’s no embarrassment, it involves no hard work or imagination. It’s not uncomfortable, or inconvenient, or risky. The fish just jump in. There is nothing for us to do. And miraculously, from time to time, a fish or two do make it into the bucket, and we pat ourselves on the back for being open and welcoming.

So, what happens when the fish don’t jump? Some fisher folk think there must be something wrong with the bucket, so they buy a bigger, better equipped or more comfortable one, confusing Jesus’ first call of fishing with Kevin Costner’s first law of baseball. Building it would indeed make them come, if the building as it currently is were the reason they were not coming already.

Some fisher folk blame the sea, or the sand, or the wind, or the tide, or the moon, or something – anything that is outside their power to influence. That is convenient because no one has to accept responsibility for how things could be. These fisher folk complain about how society changed, especially the fish schools with their fish sports on their fish Sunday mornings.

And some even blame the fish themselves for their lack of faith, their skewed priorities, their materialism, their lazy choice to stay in the sea rather than jump into the bucket.

Last week at our Annual Meeting I talked about God’s call to go fishing. For once, I wasn’t meaning the fish in our wider community who don’t yet have a church to go to. That has often been the kind of fishing I’ve invited us to take up. And you, St Paul’s, have been really good at that fishing. In 2019, our average weekend attendance, including the Saturday night Inspirations Mass, grew by 30%. That is a phenomenal and totally unsustainable rate of growth. And so for 2020 I talked about how I believed we needed a year of consolidating, helping newcomers and oldcomers who were returning after a spell away from church, to feel connected, building belonging. Then Covid happened.

So now in 2022, our fishing needs to be directed at our St Paul’s community that has been dispersed far and wide by the pandemic. God is calling us to reach out to the hundreds of people who think of ST Paul’s as their spiritual home who have not yet returned to in-person worship – to see how they’re doing, to express our love and their belonging, even if they are able to worship in the building just now.

Now this fishing is not as inconvenient, uncomfortable and risky and sharing your faith with someone who is not a Christian. But there is some discomfort in contacting people you used to see on Sundays but now do not. They may be waiting for you, for me, for someone in our parish to reach out and remind them they are special and important to us, and they have a place and a voice here. Christ’s fisher folk have big nets and. we accept whatever we catch. There’s no fish too broken, too sick, too unique for us to welcome.

When Jesus issued that call to the Galilean trawlermen to go back out, he got some push back. “Put out into the deep water and let down your nets for a catch.” Simon answered, “Master, we have worked all night long but have caught nothing.” Can you feel his frustration? Can you sense his burnout, maybe even his desire to give up, quit his job, quit his regular life? We thought the fatigue of pandemic Jersey made us unique, that our desire to just walk away from responsibilities and obligations was peculiar to us. But no. Peter has every reason to snap back at Jesus, and then to finish by telling him he’s going home. But he ends with this ‘”we have worked all night long but have caught nothing. Yet if you say so, I will let down the nets.” When they had done this, they caught so many fish that their nets were beginning to break.’

J. Barrie Shepherd is a retired pastor from New York City. He tells the story of a time when he was flying back to the US from the UK. He had been to Iona, the Holy Island off the west coast Scotland, and while there had bought a large metal Celtic cross for the church. He had wrapped it carefully in layers of paper and padding, and not trusting the baggage-handlers, he decided to carry it onto the plane himself. As he approached the X-ray machine, the guards eyed him with suspicion. What was this item this man was carrying, that was a similar size and shape to an automatic weapon?

When the image of a two-foot-tall cross appeared on the X-ray screen, the guards relaxed. Early the next morning, Shepherd and his fellow passengers made their way into the customs area of New York’s Kennedy Airport. “Do you have anything to declare?” asked the customs agent. “Only this cross,” said Shepherd.

The agent looked down and scribbled on a form: “Item of a sentimental nature. Of little or no value.”

You see, if the cross means something to us, if the death of Christ lives in our bodies and our hearts by faith, then we’ll go fishing, won’t we? Only if it is an Item of sentimental nature, of little or no value will we walk past the Risen Christ who calls us to fish and trudge wearily home.

So let’s go fishing. It’s rough out there. Bring your Dramamine. You’ll need a sweater, and some waterproofs, and pack some work gloves – you won’t want rope burn on your hands. It’s going to be uncomfortable, inconvenient, and risky. But we wouldn’t want it any other way, would we?