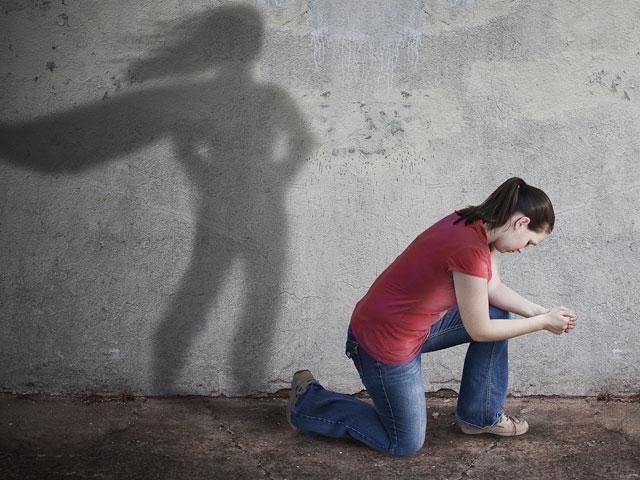 When I worked for the British civil service I occasionally came across some wonderful ways of saying something without actually saying it.  In the euphemism Olympics, UK civil servants win gold, silver and bronze.  Now, hiding your meaning is a very useful skill when you’re trying to insult someone without them realizing it.  I heard an American stand-up comedian once say that an Englishman can insult you on Friday and it will be next Wednesday when you go, “Wait a minute.”  I think it’s because the British don’t like to cause a scene, because we can’t possibly have an unseemly display of emotions.  It also means that Brits win all the medals at the Passive Aggressive Olympics.  It’s why we’re having such trouble leaving the European Union.  Some people actually think we meant it.  Or take the word ‘sorry’.  The British have about fifty different uses for the word ‘sorry’, but very rarely is it ever an apology.  It’s also how we built an Empire that covered the globe – we were very nice about stealing other people’s land.  “Sorry, old chap, but would it be an awful inconvenience if we borrowed your natural resources?  In return we’ll teach you to play cricket.”

So, here are some examples of UK Civil servant speak: the phrase ‘The matter is under consideration’ means we have lost the file.  ‘The matter is under active consideration’ means we are trying to find the file.  When a senior civil servant tells you that you have made ‘a surprising decision’ it means you are obviously wrong, ‘a courageous decision’ means it will cost you the election, and a ‘very courageous decision’ means it’ll end your  career.  Many years ago when the head of the British civil service was answering questions before a select committee in parliament, he was asked if the Prime Minister had lied.  His answer was that the PM had not lied, but had been ‘economical with the truth.’  And then there’s that phrase which has passed into everyone’s language – ‘creative accounting’.  Which, of course, means the books have been placed in an oven at 350 degrees for 30 minutes and been well and truly cooked.

And speaking of creative accounting, what in the world are we to make of that parable we just read?  Jesus creates this story about a wealthy man and his property manager.  The story begins with the wealthy man hearing rumors that the manager has been doing a bad job.  ‘Squandering his property’ is the phrase Jesus uses.  So the boss summons him and says, ‘What are these accusations I hear about you?’  Now the manager does not have a leg to stand on.  The allegations are true, and, to his credit, he doesn’t try to lie to his employer’s face.  But that doesn’t mean he acts with honesty and integrity – far from it.  The property manager knows he’s in trouble and begins planning for his dismissal.

Over the years he has had many dealings with suppliers and financiers, who have done business with his boss.  If he can find a way to exploit those contacts he may have a safety net when his lifeline is cut.  What better way to do this, than to manipulate these business contacts so that they would owe him one.  Then when his boss fires him he can call in those favors.  Jesus calls it shrewd.  We call it bribery and corruption.

So, one by one, the conniving manager approaches these businesspeople and asks each of them how much they owe his master.  One says, ‘A hundred jugs of olive oil.’ Then the manager instructs him to take his bill, scratch out the hundred and write in fifty.  The next tells him that he owes a hundred containers of wheat.  The manager orders him take his bill to make it eighty.  These suppliers are now complicit in his dishonest scheme, the manager has leverage on them, and when he is destitute they will welcome him into their homes.  But here’s where the parable takes an unexpected twist.  We’d expect Jesus to say that the lying, scheming manager will be thrown into jail and his fate will be worse than if he’d just taken his dismissal on the chin.  So, he’s out of work, but at least he has his integrity.  But, no.  Jesus commends the dishonest manager.

That just doesn’t seem right, does it?  Jesus tells a story in which the hero is a corrupt, scheming crook?  If you’re not troubled right now, you’re probably not listening.  So why is this manipulator the hero?  Well, it is not for his dishonesty.  The reason why Jesus makes him an example to us is his shrewdness, even though he used it to his own illegal ends.  It would be rather like saying, “Those guys at Wells Fargo a year or two ago, inventing millions of fake accounts.  OK they’re a bunch of thieves, but you have to admire their ingenuity and hard work.”  So, yes this manager in the parable is a crook, but he’s a smart crook, and it’s those smarts that Jesus says we must copy.  He says, “Make friends for yourselves by means of dishonest wealth.”

In other words, take the dishonest words, the mean gesture, the spiteful action, and turn them around.  Take the negative, the petty, the mean, the vicious, the selfish, and transform it into something that will do good.  When hurt is hurled at you, catch it, allow God to transform it, and then throw it back in the form of forgiveness and love.  Return curses with blessings.  Repay evil with good.  Make friends for yourselves by means of dishonest wealth.

Someone who did this was the late Maya Angelou.  She endured a shockingly harsh and abusive childhood.  I won’t describe it to you, but you can easily find out online how she suffered.   But by the grace of God and a level of resilience so extraordinary I can’t understand it, Angelou transformed her devastating mental wounds by taking a scalpel to the word ‘forgive’.  She cut the word into two words – for and give.  And then she switched them, so instead of ‘forgive’, she created the word ‘give for’.  Forgiving became ‘giving for’.  So, when someone did her an injury she forgave them, and she gave for them.  Literally.  When Mary or Dave hurt her in some way, she would make a casserole and take it to a random family who were struggling financially.  She’d knock on the door, and when someone answered she’d say, “I’m giving you this for Mary or Dave.” This sort of love n action changes the world.  “Overcome evil with good”, says our patron Paul.  “Make friends for yourselves by means of dishonest wealth”, says our rabbi Jesus.

Tomorrow God will give you a basket of ingredients.  And he’ll give you appliances and  kitchenware.  And he’ll give you freedom and choice to create whatever you wish.  You can take the ingredients and the kitchen implements and the appliances and you can cook something nutritious, that will sustain life, that will serve high ideals, that will point people towards goodness and light and God.  You can take those raw ingredients and transform them into something of overwhelming beauty, some hearty meal that is delicious to the tongue and invigorating to the body, a casserole of glory and grace.  You don’t have to.  We have other options; we can do other things with the ingredients.  But it won’t make us smile, it won’t allow us to climb into bed tomorrow night and contentedly fall asleep knowing we changed the world today.

These ingredients we cook with, are the insults, the slights, the yells of impatience, the roars of anger, the wounds of ignorance and prejudice, the sting of hostile words and dismissive looks, the sneer of envy and resentment.  These are the veggies we cook with.  They are thrown at us, they hit us and hurt us.  But we bend down, pick them up and by the power of God we transform them into opportunities to bless, and encourage, and serve, and love, and forgive, and give for.  And we create monuments to God’s grace.  We use evil as an opportunity to do good.

Make friends for yourselves by means of dishonest wealth.  Use your resources to build relationships.

Creative accounting.  Be creative and be accountable for your life in every aspect.  All good stories are about relationships, and your life is a good story.  God’s gracious invitation to us is to step back, to examine our relationships, to hold them in one hand and in the other to hold our resources – in all their glorious abundance – and then see how one can build, strengthen, and beautify the other.  May God find us willing to perform that task and enjoy the glory that grows from it.