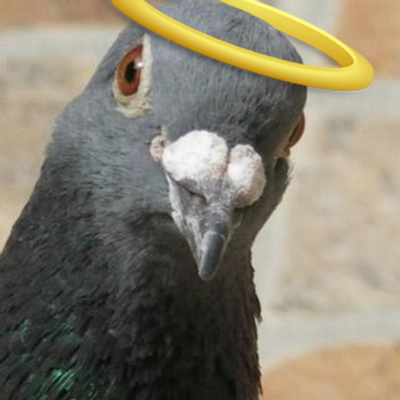 Well, it’s happened again.  For the second time in a year we had to make the humiliating walk to the police station to bail out our cat, Oreo.  This time, it wasn’t strictly his fault, but I’ll blame him anyway, because he’s a cat and can’t afford a defamation lawyer.  Unlike last summer when he crossed the street and walked into the police station of his own accord, this time he was apprehended in the church parking lot and hauled mercilessly into the back of a squad car and dumped in a cell for appearing to be a stray.  I successfully persuaded the desk sergeant that he wasn’t in fact homeless, but actually lives on the church property where he had been arrested.  So, I signed whatever paperwork needed to be signed, Gelind and I stuffed him into his carry case, and brought him home.  Much to the disappointment of the officers and civilian staff, who misguidedly believe him to be a sweet and friendly pet, and are becoming quite attached to him.  I’m kind of hoping that there might be a long-forgotten New Jersey regulation, hiding in some dusty tome of statute law from the nineteenth century, a kind of three-strikes-and-you’re-out thing that determines that any cat that finds itself in a police station on three separate occasions for whatever reason is forever incarcerated in the cells.  With no hope of parole.  So, I appeal to the attorneys present, please try and find this law.  And if it doesn’t exist, then make it up.

The French public who fell in love with his charm and his courage called him ‘Cher Ami’ – Dear Friend,  And rightly so.  He was a decorated hero of World War One, who served our country with valor and selflessness.  In 1918, shortly before the end of the War, he was assigned to the 77th Infantry Division of the US army, posted to France and undertook 12 successful missions under the command of Major Charles Whittlesey.  But he is remembered for one supreme act of heroism, which saved the lives of 200 soldiers, and for which he was awarded one of France’s highest honors, the Croix de Geurre.  On that final mission he lost a leg, and took a bullet in the chest, which he miraculously survived.  When he was flown home for medical treatment he was escorted to his plane by General Pershing, the Commander of US forces.  Some months later, on June 13, 1919, he died from his wounds.  It sounds a bit disrespectful to say that they then stuffed him and put in the Smithsonian, but that is what they did.  Because Cher Ami was… a pigeon.   You can still see him today, with his little wooden leg and his disheveled plumage, next to his medal.  And why not?  He really did save the lives of 200 American soldiers.  Sure, pigeons are not the most beautiful of birds, they don’t symbolize strength or wisdom, but they are a whole lot more useful than a cat.

Which is why it is such a pity that pigeons are the target of public displeasure.  We classify them as vermin.  Rats with wings.  NYC.gov lists the diseases that humans can catch from pigeons.  They each have four or five syllables, and I can’t even pronounce them, but they sound really nasty.  Then there’s the billion dollars’ worth of damage they cause to buildings each year.  Many business owners place needles along window ledges so that if a pigeon dares to sit, well, it can’t sit.  Others place plastic owls on rooftops to scare them away.  And airports use hawks to deter them from hanging around, and getting sucked into jet engines.  All-in-all, it’s a pretty tough life being a pigeon.

It’s the day of Pentecost, a day of flames, wind, and a pigeon.  The pigeon of the Holy Spirit.  It descended on Jesus’ head when he was baptized, and it is a vibrant symbol of the Spirit’s work in the Church even today.  Now don’t get argumentative with me and say, ‘don’t you mean a dove?’, because that bird that descended on Jesus probably was a pigeon.  We associate doves with the color white, it’s a symbol of peace.  We release them at weddings, and at the opening of the Olympic Games as a sign of unity and harmony.  But, that bird in the Bible was probably what is called a rock dove, and if so, it was grey, and had that iridescent blue and green thing on its neck plumage.  It was a pigeon; it was the vermin who’ll give you disease and make a mess of your city.

Why did God use a pigeon as a symbol of his Holy Spirit, and what on this Pentecost weekend can it say to us as we thirst for more of God in our lives?

Well, the Holy Spirit is always looking for a home, like a homing pigeon, like Cher Ami 100 years ago in France.  The Holy Spirit roams this world, this state, this town, searching, peering into people’s hearts, seeking out the place where he will be welcomed and loved.  Because the dwelling place of God is a heart that is open.  The heart that is ready to receive him; the heart that is empty, free, on the market, open to a new occupier – that is not full of itself or its possessions or its distractions.  The heart that is uncontaminated by small vision, cheap thrills, and narrow focus.  “I will ask the Father, and he will give you another Advocate, to be with you forever.  This is the Spirit of truth, whom the world cannot receive, because it neither sees him nor knows him.  But you know him, because he lives with you, and he will be in you”, says Jesus in today’s Gospel lesson.

The Holy Spirit, the pigeon, seeks out where he will be welcome and he goes where he belongs.  How’s your heart this morning?  If you’re seeking God, longing for God, then hear the word of the Lord, “you will find him, when you seek him with all your heart.”  If you are creating a home for the homing pigeon expect him to come, to take up residence, and to turn your life around.

Pigeons find their home.  They also carry messages, like Cher Ami.  200 years ago, the Rothschild family and used pigeons to carry information between their financial houses throughout Europe.  Pigeons have even been used on Wall Street as the quickest and most efficient means of communication available at that time.  In New Zealand pigeons have been used by the postal service to carry letters and packages of up to 3.5 ounces.  So, the Holy Spirit is our messenger.  “The Father will give you another Advocate, the Spirit of truth who will lead you into all truth.”

Have you heard the whisper of God this week?  I bet you have.  You maybe didn’t recognize the voice – you perhaps mistook it for that of a friend or someone at work, or a child.  The voice telling you you are loved, you are unique, you are valued by God above all things.  That voice that gave you courage to do something unappealing, that inspired you to give someone your time, that moved you to truly see someone’s humanity and to honor it.

The story goes of a native American who was walking through Times Square with a friend.  As they walked, the native American seized his friend’s arm and whispered, “I hear a cricket.” His friend said, “Come on!  A cricket?  This is Times Square.  You can’t possibly hear a cricket!”  But he insisted and he led his friend, slowly to the end of the block.  He looked around, concentrated, then walked briskly to a large cement planter where a tree was growing, he dug into the mud and found the cricket.  “See!” he yelled, as he held the insect high above his head.  His friend was astonished, “How in the world could you hear a cricket in Times Square?”  “It all depends on what you’re listening for.  Here, let me show you.” And he reached in his pocket and pulled out a handful of change.  “Now watch.”  He held the coins waist high and dropped them.  Every head within ten yards turned around and looked.

Homing pigeon, carrier pigeon, pigeon post.  Why else is this bird a picture of God’s Spirit?  Maybe because it’s so common.  They’re everywhere, and so too is God’s Spirit.  This bird is so ordinary that you don’t really notice it.  Maybe we don’t even notice God.  God can’t be here, looking so mundane, dwelling in such ordinariness.  Instead we go looking for a white bird, a rare and aloof bird.  One we have to travel great distances to spot, or wait patiently for in hides hoping to catch a glimpse of its elusive presence.

Maybe we don’t like the idea that the Holy Spirit is down and dirty, living in the ugly, the pained, the dying.  We don’t like grey, even if it does come with a shiny neck.  Grey is rain and cloud; it is drab and melancholy.  Grey is the color of impersonal cities, soul-destroying high-rises, foreboding skies and threatening seas.  Grey is at best dull, and at worst dangerous.  Maybe that is why the pigeon at Christ’s baptism is white in Western art.  Online you’ll find volumes of paintings of Jesus’ baptism.  Many of them feature a bird.  None of them are grey.  This unsettling, unpredictable Pentecost we must resist the tendency to see God merely in the holy and the beautiful.  Because we don’t live in the holy and beautiful.  We live in the grey – where there’s distress, and death, and decay, and doubt.  We live with the grey because that is where the Spirit of God is.  We wish it were not so; we wish we could find the white bird and live aloof from the dirt of this world, be transported to a place without the mess.

But there is something compelling about the grey.  Out of the grey comes life.  There is glory in the grey.  God enters our fallenness and just by being there transforms it.  We can’t even imagine what God has prepared for us to do and to be this week.  But we go with the peace of the pigeon.  In your baptism you were set aside by God and called to a life of service, a life of grey but of glory.  There’ll be days of flame and wind, of strange tongues and mystical experiences.  But when we can see the glory in the grey – when we see the Holy Spirit in the ordinary, then we will be the hands, the feet, and the voices of God, then we’ll be useful.  Then we’ll get a medal.