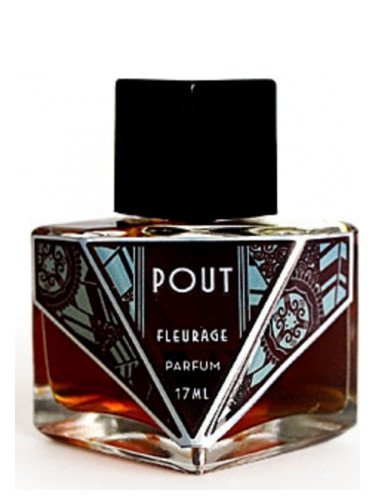 Three years ago when we last read the story of Mary of Bethany anointing Jesus’ feet, someone went online and bought some nard – that fragrant oil that Mary used. And they gave it to me. Here it is. Now, I’m not the sort of person who researches gifts to see how much people spent on him, but I made an exception in this case. And this little bottle containing 0.16 fluid ounces of nard is really expensive, although it would be indiscreet to say exactly how much that wonderful, generous, thoughtful, kind parishioner spent. But let me confirm what Judas said in the story – if you have enough of this oil to give someone a footbath it may well cost you a year’s wages, which was the value of 300 denarii. I bet when you came to church this morning you didn’t expect the preacher to agree with Judas. Don’t get hung up on this – let me reassure you that as we move towards Holy Week, I will have nothing good to say about him.

Here’s what the label says, “Spikenard essential oil has been known to settle emotions, tension, and anxiety, replace resentment with acceptance and compassion, and nourish the spirit. Keep out of reach of children.” Wait, what? If it does all this, we should be sloshing it on our children, shouldn’t we? ‘Hey, don’t answer back, have some acceptance and compassion…; stop your grumbling – experience settled emotions, and a release of your tension and anxiety…; no you can’t have more screen time – here, nourish your spirit instead.’

Isn’t this weird. When Mary poured her nard on Jesus’ feet it had the opposite effect to what it says on the label. Instead of ‘settling emotions’, it provoked them – anger, dismay, fear. Instead of ‘replacing resentment with acceptance’, Mary’s gift roused hostile feelings in the spectators. Instead of ‘relieving tension and anxiety’, it injected scandal into the room; people looked at each other awkwardly, some were embarrassed that this woman should be touching Jesus’ feet, others were appalled at the waste of money; if I were there, I’d try to make a joke to break the tension. Yes, if this is what nard really does, the Federal Trade Commission should investigate the false advertising on the label. When it is in the hands of Mary Magdalene, nard does exactly the opposite of what it says on the bottle.

This event is about glorious waste. In our society we have a strong belief that for something to be worthwhile there must be a tangible outcome. So, you do a day’s work, you get a pay slip, you sell those old baseball cards, you get a check. You practice piano every evening, and you play it better. Tangible, measurable results for our hard work and effort. But, sometimes there is no tangible outcome to the things we do, and we create indicators that measure the wrong thing. So, education is measured in standardized test scores, yet the real value of education is measured over a lifetime of good character. The success of a company is measured in dollar signs, but its true value to its local community may be invisible in its profit margin. The value of a church is assessed in the number of people attending worship, even though the real measure of faith is not bodies in pews but the invisible daily life of prayer, mission, and discipleship. To worship, to pray, to serve may appear to be a waste of time. Sometimes your Lenten discipline of daily prayer can have nothing to show for it. The spirit of Judas asks, why waste your time in church – you could be helping your neighbor right now. Why read your Bible, you could be serving at the soup kitchen. But the stuff of Lent, the stuff of true spirituality – worship, prayer, meditation, scripture, self-reflection, devotion to Christ – these are not wastes of time; they are why we were made. And when we practice those things, we find the resources we need to love and serve God’s world.

Mary takes the best she has to offer, breaks the jar, and pours it over the feet on Jesus. She wastes a year’s wages. But that’s not all. She takes the role of the lowest household servant because that’s whose job it was to wash feet. But that’s not all. She touches Jesus, even though women never touched men except their family – and then only in private. But that’s not all. She finally wipes his feet with her hair, in a culture where respectable women could never be seen with their heads uncovered by people outside her family. Count the taboos being mangled. Even in the face of criticism and disapproval she holds nothing back. The true cost to Mary is not just money, but her reputation, and her status. We are in the presence of greatness this morning – not only Jesus, but this woman who risks misunderstanding, disapproval, and judgment. Judas voices it, the others merely think it.

Back to Judas and his question. A year’s wages on a footbath? “Why wasn’t this perfume sold and the money given to the poor?” It is a great question. What a waste. Think about the good that could have been done with that money – the suffering that could have been relieved. In a world of material need, spending a year’s wages on someone’s footbath seems kind of obscene.

And Jesus’ response appears shocking. “Leave her alone. You always have the poor with you, but you do not always have me.” Wow! Of all the things you’d expect Jesus NOT to say, this would surely be right up there. But, in its context this reply of Jesus is not how as it sounds.

Jesus is quoting from the Old Testament book of Deuteronomy and part of a code of instructions that God gives Israel just before they settle in the Promised Land. And this part of the code is about how they are to treat poor people. This is what it says, “Give generously to them and do so without a grudging heart. There will always be poor people in the land. Therefore I command you to be openhanded toward your fellow Israelites who are poor and needy.”

Well, that changes everything. To our eyes he is expressing callous disregard for poor people –‘pah – the poor? They’ll always be here – there’s nothing you can do about it. It’s sad and all that, but don’t give them any thought, don’t waste your time and money on them.’ But it is the opposite. The God of Deuteronomy says there’ll always be material want, so act. You can’t throw all the starfish back in the sea, but you can throw some.

You see, John says this event occurred six days before Passover; in other words, the day before Palm Sunday. The house is just two miles from Jerusalem. You can see it glinting in the sun. There is doom all over this house. It’s not just the nard that fills the air and the nostrils, it’s death too.

It’s as if Jesus is saying, “Friends, we’re going to Jerusalem. We have had a miraculous three years. We have laughed together, cried together. We’ve felt the sting of hostile words, seen the ugliness of hate, tasted the bitter herbs of rejection. We’ve lifted each other, carried each other, borne the pains of each other. There were times we thought we could not go on, so tired were we, so wounded, so battle-scarred. But we have seen faith reborn, hope ignited, hungry people eat, mournful people dance, the marginalized included, the forgotten remembered, the lonely loved, the dying healed, and the dead raised. We have had three years of heaven – breaking out wherever we were received, blooming wherever people of goodness dwelt. It’s getting late. There’s somewhere we have to be. There’s a place I need to go. There’s a donkey outside. Wake up and smell the nard. Tomorrow we’re entering the city. Crowds will go wild, they’ll wave palms and put their coats on the ground, but don’t be fooled. Poor people? Sadly, they’ll still be here next week, and the week after, and forever. Next week, then we will serve poor people, then we will change the world because the world will have changed.”

In these final two weeks of Lent Mary breaks open a perfume jar, and breaks open my hard heart. She kneels before Jesus to pour her ointment, and she stands before me and challenges me to worship with the same uninhibited, sacrificial service. She touches those divine feet and calls me to touch people in my life who need compassionate connection. She literally lets her hair down and challenges me to abandon myself in the worship and service of God.

It’s getting late. Our journey to Jerusalem is nearing its end. There’s a donkey outside. Let the sounds of the city linger in your ears, let the smell of the nard awaken your senses. May we abandon our reservations, lay down our misgivings, rise and go with Christ.