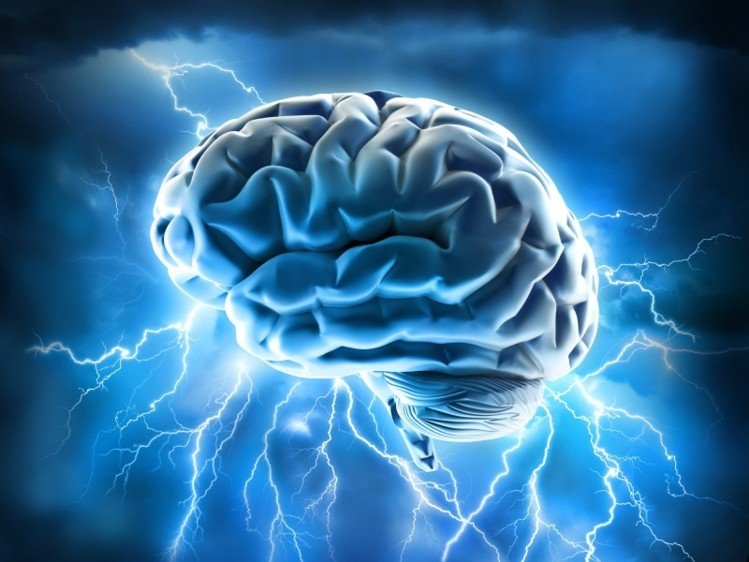 I don’t know who the smart one is – is it me, or is it our year-old labradoodle Esme? The biology text books say it should be me. I mean I’m a human and she’s a dog – I have 16 billion neurons in my brain, she has just 530 million. Case closed for the scientist. The theology books say it should be me too. As a human being, I am made in the image of God; and wonderful though Esme is, she is not quite made in God’s image the way humans are. So, happily, science and theology agree, that I am smarter than Esme, then that should settle it, right? And so, I ask the question, ‘why is it that instead of me training her to do what I want her to do, it is she who trains me?’

Take our night-time rituals, for example. Naturally, when she was a small puppy, we trained her to go outside when she needed the bathroom. And to persuade her to do this, we rewarded her with a treat each time she did. Great. She got it perfectly. No more accidents inside. But here’s where I start to suspect that she is actually smarter than me. She has worked out that she can manipulate me into giving her a snack in the middle of the night. Every night now she will wake me up at 1, 2, 3, in the morning – sometimes more than once – and ask to go out. She comes and stands by the bed, I wake up and through the gloom I see the silhouette of her tail going, and I feel the stare of her eyes pleading with me that she needs to go outside, and I am pretty sure she is bluffing. Dogs may be cute, but they are terrible poker players. Dogs telegraph from a thousand miles away what they are thinking and feeling. The problem is, I can’t take that risk. And she knows it. I can’t pretend to be asleep and ignore her because what if she really does need to go out? She knows that however much I want to call her bluff and demand that she shows me her cards, I can’t risk being wrong. As long as there is a 1% chance she is telling the truth, I have to give in and let her out.

So, she goes out, fakes going to the bathroom, and then trots in expectantly to get her treat. Somehow this dog with 10% of my grey matter has trained me to give her midnight snacks whenever she wants them. How is that possible?

The answer is – her brain is plastic, and so is mine. I don’t mean that our brains are made out of discarded shopping bags, although I think that might be true of mine. No, by plastic I mean malleable. Dogs’ brains and humans’, change. Actually physically change in their structures in response to daily life. Dogs and humans can be trained, we can change our thinking, we can be transformed.

Saul of Tarsus had a plastic brain, and we are very thankful for that. I don’t think I’d have liked him at the start of his story, when he was Saul of Tarsus. I would have grudgingly admired his shocking devotion to his beliefs – he really meant them and was prepared to suffer for them. The problem was, he was very happy to make other people suffer for them too. His religious zeal was not balanced by love. When we first meet Saul in the Bible, he is holding the coats of people who are stoning to death Stephen. Then, we encounter him persecuting more Christians. He is on his way to Damascus to arrest people for following Christ – his mission in life was to create prisoners of conscience and martyrs. Not the kind of resume he became proud of.

But then that plastic brain begins a transformation. We’re familiar with that life-changing trip to Damascus. Pharisee meets God, Pharisee is blinded by the light, Pharisee falls off his horse, God speaks to Pharisee, horse looks bemused, Pharisee sits in road wondering what is happening, God smiles and sets in place a plan that will embrace the world with the Good News of Christ. We celebrate this story this day each year, when we Westfield Episcopalians rejoice in the plastic brain of our patron, St Paul, and the unimaginable plan of God to reach even us, through his message of God’s unconditional grace to an alienated world.

We read Paul’s own reflections on that transformation in today’s lesson from Galatians. “You have heard of my earlier life in Judaism. I was violently persecuting the church and trying to destroy it. I advanced in Judaism beyond many among my people of the same age, for I was far more zealous for the traditions of my ancestors. But when God, was pleased to reveal his Son to me, so that I might proclaim him among the Gentiles, I did not confer with any human being, nor did I go up to Jerusalem to those who were already apostles before me, but I went away at once into Arabia, and afterwards I returned to Damascus. Then after three years I did go up to Jerusalem to visit Cephas.”

Whoa now. Wait a minute. Did you hear that? His old life, his encounter with Christ, yes we’re familiar with that, but that last bit – “I went away at once into Arabia, and afterwards I returned to Damascus. Then after three years I went up to Jerusalem.”
You see, we usually think of Paul’s conversion like it was powdered milk, only for him was powdered transformation – just add water, and in an instant, be changed. In the seconds it took to pick himself out of the Damascus road dust, he was a new man, we typically think. The hateful Pharisee is now a son of love; the persecutor of Christians, is now one of their greatest leaders, the scholar who had no room in his creed for God becoming human in Jesus oof Nazareth, now believing firmly in Christ’s divinity and wholeheartedly dedicated to preaching it. But that is not how Paul himself remembers it. Paul and his plastic brain had a journey to make – a long and arduous journey from Pharisee to apostle.

Three years. 36 months of confusion, disorientation; a thousand days of counting his losses. I can see him, alone, in Arabia and Damascus, pacing, thinking, praying, trying to work out what has happened to him. How he can reconcile his new experience with what he has always believed? Plastic brains don’t change overnight. It takes time to create new ways of thinking,

A decision occurs in a moment, but then comes a raw period of transition. Rawness brings its friends – chaos, confusion, doubt, despair. They walk with us – actually they stagger with us, into a desert, where we learn to give up hopes, dreams, relationships, things, or meanings. We learn what it means to lose. I remember losses I’ve experienced. Some of them so bitter and raw that I’d have done anything to end the discomfort prematurely. But chaos and pain give birth to growth. Transition is God’s invitation to renewal. Three years of confusion and feeling his loss. But in time, this plastic brain has changed enough for Paul to begin his new life.

I wonder how similar Paul’s three years of brooding are to our two years of pandemic. What have you lost in these last two years? In his three years, Paul lost his dignity. Being thrown from a horse in front of your friends will do that. He lost the status he’d enjoyed in the synagogues, the councils, and the cocktail parties of the establishment class. Then there was security – his former job of Pharisee kept him comfortable. Now he had to find a living. We know that he returned to his pre-Pharisee occupation of tentmaking. And don’t forget – respect. He surely lost a ton of that – Saul, famous teacher of God, now cast out from his comfortable world. Even his name – add that to the list of things he’d lost.

And one final loss – his certainty. Of all his bereavements, I reckon that was the one that stung the most. Certainty, order, control. Powerful and comforting. Paul had known certainty all his life. Now – in one moment, his convictions were trampled under horse feet. His old swagger was gone, the reassurance that he was right demolished, the secure castle of religious correctness flattened. O, the urge to cling on – to the old certainties, the old prestige, his old cozy existence.

Have I just described your pandemic? Are Paul’s three years of plastic brain, similar to your two years? I used to think that I as having a good pandemic. I spent the first year and a half feeling pretty isolated from loss. I kept my job, my health, my standard of living, my friends and family, my purpose, my calling, my daily routines, my energy and vision. Really, I used to say that if you drew up a list of all 7 billion people on the world and placed at the top the people most affected by the pandemic, and at the bottom, the people least impacted – I’d be so far down that you need a shovel to find my name.

I still think I’m way down near the bottom of the 7 billion people, but since the autumn I’ve begun to realize that I have been losing things and I didn’t even known it.

What about you? What are your two years of losses? For many, the loss is physical health or mobility or one of the senses. For others it’s a loss of mental agility and memory. Many people are living with the loss of financial resources and material things, perhaps the loss of employment or the loss of prospects. We all know the loss when a loved one leaves – as a result of death, or they relocate, or they stop loving and file for divorce, or they grow up and leave home. What about loss of hope and purpose? It took Paul three years to appreciate all he’d lost. But he had to realize it if he were to emerge from his quarantine and walk into his new mission as an apostle. The person who refuses to give up what they cannot keep is sentencing themselves to a long, hard, and bitter bereavement.

May we this day of celebrating our plastic brains, take heart from the example of our patron. These days of confusion and loss – these are the days in which God is doing something new in your life. One day it will be time for you emerge and embrace the new. So let us be patient, even in our suffering, and trust in the slow work of God.