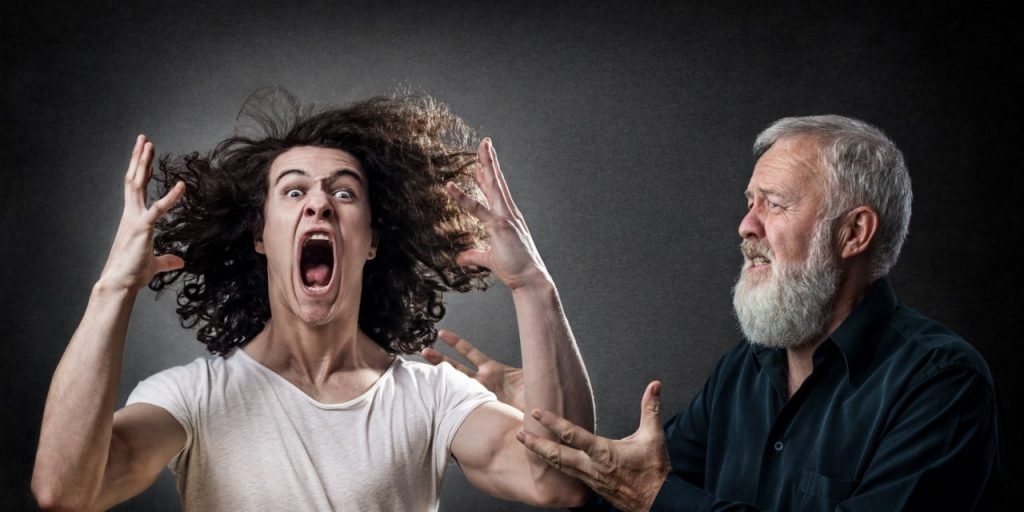 I am regularly shocked by how much my life has changed thanks to the Digital Revolution. I say, ‘thanks’ to the Digital Revolution, but I’m not sure it deserves it. I think it has created some bad habits in me. But at least I can blame the Digital Revolution and clear myself of all responsibility for my new bad habits. If only there were a scapegoat for all my vices. One way I’ve been changed is in the way I watch TV. I look back twenty years, and I wonder how I coped with having to wait all week for the next episode of a show. Because I can’t do that now. I’ve lost the power to wait. I must have the next episode now, straight after the one I’ve just watched. Then another. So the writers, actors, crew members have been pouring all their creative and technical talents into producing something to be savored over a three-month season and I have turned it into the artistic equivalent of fast food at a drive-through. My goal used to be to enjoy this piece of art for all its worth; now my goal is to finish it and move on to the next piece. I’ve become that guy at Golden Corral buffet who doesn’t enjoy his food because he can’t wait to get to the next plateful.

Not only can I not wait for a story to finish, but I must also then tell others how it ends. I’ve discovered that people don’t appreciate this. Especially when I go to the library and put post-it notes on the inside cover of novels. ‘The Oxford Professor dies on page 65. She’s bumped off by the wife of the gardener. I’ve just saved you 10 hours of your life. You’re welcome.’

Actually, I am not as twisted as you might think. According to a study by researchers at UC San Diego the impulse to reveal the end of stories is not a vice at all. They gave dozens of undergraduates a short story to read. One third of the students read it as it was originally written. Another third read it with a spoiler embedded in the text, to look like it was part of the story. And a third read it with a big, bold spoiler printed on the inside cover. And amazingly the students who reported most pleasure from their reading were those that had read the spoiler first.

As we have it, the curtain closes with the lavish, wasteful, gracious father pleading with his elder son to come to the party. His brother was dead and is now alive. We must celebrate. Come on son, come to the feast. Share the joy. And there it ends. Jesus, master of suspense, doesn’t tell us how the elder brother responded. Does he let go of his resentment and join the party, or cling to it and stay outside?

This man is one of the most miserable characters in all of Jesus’ parables. Here’s a person who has everything yet thinks he has nothing; who enjoys his dad’s good heart, but resists sharing it with anyone he considers undeserving; who is so captive to the dead letter of fairness he has no room for mercy; who enjoys the freedom of being the heir of a household, yet is trapped inside the demonic prison cell of resentment.

I feel some sympathy for the older brother. He seethes with bitterness – and he has a point. It really isn’t fair. His younger sibling genuinely doesn’t deserve a party. Think of all his faithful years of service on his father’s estate. He’s mature, responsible. If anyone is deserving of a party, it is him. If you don’t feel some anger on behalf of the older brother, you maybe don’t know the story as well as you think. Let me point out a detail you may never have noticed. The ‘good-for-nothing’ returns, his dad runs out to welcome him home, lavish gifts on him, and throw the party, and get this – his elder son at first isn’t even invited. Right. He’s out in the fields taking care of business, and no one goes out to tell him that his waster brother is back. So the ring is on the finger, the new shoes on the feet, the robe on the back, the party is announced, and no one tells the dutiful, loyal son. He comes back in from the field at the end of the day, as the sun sets, sees the feast in full swing and asks, “What’s going on? Why is there singing and dancing and music and, wait, is that the smell of roast veal?” And he is told that the loser is home and dad is throwing a party. I feel his pain. “What, you couldn’t even send someone to tell me? You started a party while I’m still at work? Is that what you think of all my loving service, my tireless commitment, my faithful devotion to you and your farm? You’ve always loved him more than me – even when he disowns you and breaks your heart. You couldn’t even call me in for the party.”

And his dad tries to explain, ‘Son, you are always with me, and all that is mine is yours. But we had to celebrate and rejoice, because this brother of yours was dead and has come to life; he was lost and has been found.’ ”

In Luke chapter 15 Jesus tells three stories of lost things. A lost coin, a lost sheep, and a lost son. (We’ll read the parts about the lost sheep and the lost coin in September.) But for now, Jesus paints this picture of a lost son. The lost son runs away, wastes his father’s money, and works for pea pods in a pigsty. But what if the Church has got it wrong these 2,000 years? What if the lost son is not the runaway, but the stay-at-home; not the lad who reeked of swine, but the one who smelled of apple pie?

Henri Nouwen, describes the “lostness” of both sons in the parable. “Did you ever notice how lost you are when you are resentful? It’s a very deep lostness. The younger son gets lost in a much more spectacular way — giving in to his lust and his greed, using women, playing poker, and losing his money. His wrongdoing is very clear-cut. He knows it and everybody else does, too. But he can come back, and he can be forgiven. The problem with resentment is that it is not so clear-cut: It’s not spectacular. It is not overt, and it can be covered by the appearance of a holy life. Resentment is so pernicious because it sits very deep in you, in your heart, in your bones, and in your flesh, and often you don’t even know it is there. You think you’re so good. But in fact, you are lost in a very profound way.”

Resentment is like accidentally cutting your hand with a knife and then gaining revenge by stabbing the other hand. Or as Ann Landers says, “Hanging onto resentment is letting someone you despise live rent-free in your head.”

It’s resentment that makes the elder son so lost and so tragic. But his resentment began with something else. The real root of his problem is his self-righteousness. Luke says so right at the start of the passage, “Now all the tax collectors and sinners were coming near to listen to Jesus. And the Pharisees and the scribes were grumbling and saying, “This fellow welcomes sinners and eats with them.” So he told them this parable:” The whole point of this story is not to challenge wayward sinners to change their ways – Jesus was hanging out with them already. No, the people at the sharp end of this story are the religious types. As so often in Jesus’ encounters, it is they who are the real bad guys in the tale. They look down on the sinners and they criticize Jesus for spending time with them. They, themselves, don’t need Jesus, they think. They are already right with God, they believe. But their self-righteousness makes them tragically lost.

We religious types can have this natural but deadly trait of thinking that God should be fair. And, because God should be fair, we, the religious types who are good and moral and pure and holy, should be rewarded, and the others, who are disobedient to God’s laws, should receive rejection and misery. We must learn the deep ancient truth that God is not fair – as the poet says in the Psalms, God has not treated me as my sins deserve. We may think we want God to be fair, but think about it. If God were fair to me – if he paid me back for the things I’ve done that are selfish, mean, offensive, hypocritical, prejudiced then would I even be alive to preach this sermon?

The religious types had lost sight of the fact that they too depended on the mercy of God. We need God’s grace. Take a look through the hymnal. You will not find a hymn called “Amazing Fairness”. Amazing fairness how sweet the sound of good things God has given me because I deserve them. As long as we are protesting that we are more holy, more moral, more doctrinally pure than others we reject the invitation to the party. It’s when we celebrate the unfairness of God and confess that we need it just as much as the young rebel that we can go to the party, free of resentment, free of misery, and enjoy the feast. Thanks be to God for this indescribable unfairness – this God of wasteful sons and stuck-up siblings.

I think I know why Jesus didn’t end the story of the Lost Sons. He was waiting. 2000 years. For this moment – for you and me to write it. So, how does the story end? We good faithful church-goers. Our father is pleading. Do we stay in our rooms, punching our pillows, resenting the party downstairs? In a world of grace, where God refuses to play fair, this parable forces us to make a choice. Come to the party.