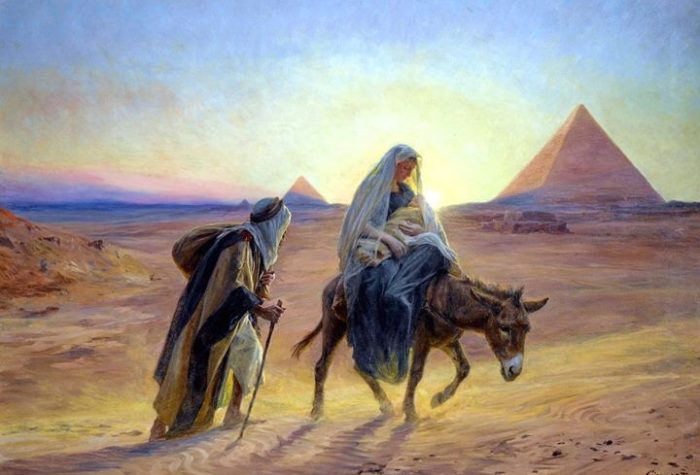 Put the Herod back into Christmas

Tis the Twelfth Day of Christmas

and all through the land

the thoughts are off play-offs,

To get active and healthy –

if we can achieve them –

these dreams and intentions

that come with this season

Of fresh starts and big hopes;

The old gone, the new here,

But changing my life,

Well, that’s something I fear.

Twelve days we are given

and are called by the Church

to worship the Savior

and his wonderful birth.

Today is the end

of this Christmas time.

The angels are silent,

the bells do not chime.

For today it is over.

The tree will come down,

and the wreath off the door.

And all we’ll have left

is a pile of old cards,

and memories of last week,

when life was less hard.

for none does it wait.

And it’s getting late.

For, harsh as it seems

and cruel as it may be

we face a new year.

But what of that baby?

Lost in the rush?

Squeezed out by demands

from our bosses, our families

our clients, our plans?

Now that Christmas is gone

we’re left with the feeling

that the future is bleak,

and our heads are now reeling

with thoughts of despair

and fears for our health,

our friends and our neighbors,

our jobs and our wealth.

In DC and abroad

Events may well haunt us,

and don’t even mention

If there was a way

we could bottle the joy

that we felt just last week

when we worshiped the boy,

who grew up and left us

Gone with his promise and wonder –

To leave us to cope,

with our energy spent.

Life in this Winter

I love Christmas.  Maybe too much.  Perhaps if I were a bit more balanced about it, I wouldn’t get so emotionally low when it ends.  Re-entry is hard.  Houston, I have a problem.  When I was a child the creators of midwinter magic convinced me that Christmas was perfect.  That peace would be on earth and there’d be good will to all, that whatever I wished for would be granted, and miracles occurred on every street, not just 34th.  The Christmas I long for is a fantasy.  And it’s a fantasy because of one person’s absence from the story the way we usually tell it.  He’s there in the Gospels, his power hovers over the stable, seeps into its wooden walls, but he rarely gets an explicit mention.  This character never makes it into the pageant.  Now, if you think, it’s church so I  must be talking about God or Jesus and I’m about to use some well-meaning cliché like ‘Keep Christ in Christmas’, then I’m going to surprise you.  The someone whose presence is all over the nativity story, but whose name is seldom uttered is the antidote to the sentimental season.  If you want to avoid the New Year blues, put the Herod back in Christmas.

And when we do, we see the birth of our Savior with new perspective.  We balance the hope and the wonder and the glory of God’s Incarnation with the horrific truth that this is a murder story.  This is a violent clash of kingdoms.  The Prince of Peace is born with a target on his back.  Herod’s attempt to assassinate him leads to the murder of an unknown number of babies.  It is in the depths of indescribable pain that the healer of humankind arrives.

“After the wise men had left,” says Matthew, “an angel of the Lord appeared to Joseph in a dream and said, “Get up, take the child and his mother, and flee to Egypt, and remain there until I tell you; for Herod is about to search for the child, to destroy him.” Then Joseph got up, took the child and his mother by night, and went to Egypt, and remained there until the death of Herod.”

Egypt.  It’s very name brought chills to the Hebrew people.  It was a symbol of slavery – their slavery many centuries earlier.   Now, Egypt is a place of safety – the sanctuary for the Holy Family.  This infant is transforming Egypt from a land of captivity into a new place of liberty.  He is only a few months old, but he’s already redeeming the past.  Imagine what he’ll do when he grows up.  Our pasts can be redeemed.  Places where we fear to go can become sanctuaries of peace – the dwelling places of God.  Where is the place you fear to go – in your mind or in your physical world.  Maybe this twelfth day of Christmas God has one more gift for you – not drummers drumming, but the transformation of the painful place, the cruel place, the place of captivity – into the place where the Savior lives.

There’s something about this baby.  People eagerly seek him.  Some because they want to pay homage, and some because they want to kill him.  But this child, but a few months old, is already becoming a steppingstone to heaven for some and a stumbling block for others.  Even now he’s sorting the wheat and the chaff, separating the sheep from the goats.  The mere presence of Jesus brings out people’s true colors.

And the true colors of Herod were a tartan of green for envy, orange for fear, and red for blood.  So narcissistic and paranoid was Herod that he killed one of his nine wives, her mother, and two of his own sons, whom he suspected of plotting against him.  He built fortresses throughout the kingdom so he would never be far from a place of shelter if someone tried to overthrow him.  He even gave orders that when he died all his political prisoners should also die, so that the entire nation – even those who opposed him – would mourn.  In the Chronicles of Twisted Sovereigns, Herod the Great has a chapter all to himself.

So, Matthew, being the brilliant author that he is, is suggesting things to us.  Jesus is the new Moses, the Law-giver emerging from Egypt, who will lead God’s people to freedom from captivity (but in a quite different way from the way of Moses).   And Herod is the new Pharaoh – a power-crazed tyrant, who will not let God’s people go, but will snuff out any resistance to his will.  What is it about power?  What leads people to kill children because they feel threatened?

In the English county of Northamptonshire there are several ancient parish churches that have been decorated with wall paintings.  These murals depict biblical scenes, and were a great teaching tool during times when people were illiterate.  There, on the wall was a scene from scripture.  Now these paintings have faded and eroded over time.  I was rector of one parish that over 500 years has lost so much pigment that unless someone told you, you really wouldn’t be able to say what it depicts.  There’s one, though, that has kept its paint very well, and the picture is still clearly recognizable.  It’s in the village of Croughton, and the mural is the scene of today’s Gospel reading – Mary, Joseph, and the baby Jesus making the journey to Egypt.

Of course, it’s impossible to date these murals with complete accuracy, but art historians reckon that this mural was painted shortly after the year 1310.  Why this scene?  Of all the stories in the Bible that you could paint on the wall of a church to teach and  encourage the congregation, why would you choose the flight of the Holy Family into Egypt?  There are a thousand more inspiring scenes.  So, I did a bit of research on the decade that began in 1310 – I looked at Wikipedia – that is serious research for a preacher.  And I discovered that in the middle of that decade Northern Europe was struck with a terrible natural disaster.  It’s called the Great Famine.  A succession of cold winters and cool wet summers wreaked havoc on the food supply.  The average life expectancy in England fell from 35 to 29.  The price of food doubled.  Crime and disease rocketed, and desperate people were driven even to cannibalism and infanticide.  And the scales fell from my eyes.  If you are unable to feed your children, if you’ve lost one to malnutrition, and if you have another who is in danger of being murdered and eaten, of course you’d want a picture on the wall of the parish church depicting the parents of Jesus fleeing with their infant from Herod’s infanticide.  You might see in the tender nursing of Mary as she sits on the donkey, and the courageous leadership of Joseph as he strides out ahead of the animal, a reflection of your own desperate love for your child.  You would see the hand of God leading those two young parents to safety, and you’d draw encouragement that he may protect you and your child also.  And you’d be given faith that because their baby was saved from a horrific death, and grew up to face an equally heinous murder, your child whom you cannot not feed is destined to be with God in his abundance for ever.

So, I reckon that painting on the church wall preached a sermon more powerful to the people of the village than any sermon we have heard in our lives.  The God of justice gets it.  The God of suffering understands.  He knows what it’s like to be us, and has taken decisive action in the life, death and resurrection of his Son to end the suffering of humankind.  As Jeremiah says in our Old Testament reading: “They shall be radiant over the goodness of the Lord, over the grain, the wine, and the oil, and over the young of the flock and the herd; their life shall become like a watered garden, and they shall never languish again. I will turn their mourning into joy, I will comfort them, and give them gladness for sorrow, and my people shall be satisfied with my bounty, says the Lord.”

On the twelfth day of Christmas, January 5th, 2020, take a walk.  Walk away from the sentimentality of the modern Christmas, put it all back in the attic; and go with Mary, Joseph, and Jesus.  Go towards the truth – the life of faith and struggle.  Go down to Egypt and have your captivity turned to freedom.