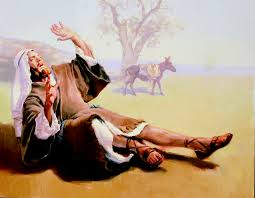 We’re now nearing the end of January, and according to research by the Journal of Clinical Psychology there’s a 64% percent chance that if you made a New Year’s Resolution you’ve broken it by now.  Step away from the chocolate cake and nobody gets hurt.  Some of you are looking really smug right now – I guess you must be among the Righteous 36%.  Well done, good and faithful servants.  But if you are bravely soldiering on through gritted teeth in the face of extreme temptation to eat that cookie, or skip the gym, or miss that daily Bible reading, then I’m sorry to tell you the future is not looking good.  Forbes.com says that just 8% of New Year’s resolutions are intact on December 31st.  Strava, the social network for athletes, looked at the activity logs of their 31 million global customers and discovered there is a fateful day on the calendar when motivation begins to falter.  It is January 12th.  On that day beds seem a bit warmer and cozier than usual, leisurely coffees and doughnuts are tastier than normal, and the number of people who deny themselves and take up their treadmills plummets.  So, Strava have started calling January 12th “Quitters’ Day”.

Just twelve days into the new you, and we’re back to the old one.  Why so soon?  Well, Forbes puts it down to people setting unrealistic goals.  They shoot for the moon and inevitably fall short.  No doubt that’s true, but there’s another, simpler reason, and it’s this: It’s hard to be converted – to convert from smoker to non-smoker, from non-Bible reader to Bible enthusiast, from driver who shouts rude words at other road-users to driver who blesses those who bust a move on them.  From Saul the persecutor to Paul the apostle.  From a zealot on a mission to kill to the writer of 1 Corinthians 13.  From opponent of Christ to the man in whose memory our parish is dedicated and whose instruction to preach grace to all those we meet rings in our ears and stirs in our hearts and maps our course in our 125th anniversary year.

Actually, being converted is less hard than remaining converted.  It only takes a second to convert from person who does no exercise to person who goes to the gym.  It’s living as a person who goes to the gym that is so challenging.  Conversion may happen in a moment, but it is the years that follow that demonstrate how deep, how wide, and how full that conversion is.  For Saul of Tarsus, sitting in the dirt, hearing the voice of Jesus, having been thrown from his beast, conversion was sudden and utterly spectacular.  It’s also true that his single-minded pursuit of Christ and his courageous preaching the Gospel until his martyrdom was pretty convincing proof that his conversation was not shallow or limited, but deep and all-embracing.

I have a theory.  Maybe living converted means every day is Quitters Day – quit my complaining and start thanking, quit resisting things outside my control and start accepting, quit judging people I disagree with and start spotting their good motives, quit trying to change other people and start enjoying them for who they are, quit sulking and start embracing, quit putting people on extinction and start being reconciled, quit settling for mediocrity in myself and start yearning for holy excellence.

Because some conversions begin small and stay small.  They start out as a personal thing between me and God, and that’s where they stay.  Jesus has saved my soul, put me right with God, and that’s all that matters.  Let my new-found love for God seep out and touch other people, so that I start to love them?  Be reconciled not just to God, but to my family, my work colleagues, my enemies, my own conscience, my neighbor on another continent I’ll never meet, this fragile creation God gave us to care for?  I’m not sure my conversion extends to that.  What would happen if we took that new peace we have with God when we turn to him in faith, and extended it to everyone and everything.

We know those zealous religious types, don’t we?  Those people who have had amazing conversion experiences and are so full of excitement and joy that they have to tell everyone, and not in a way that is humble and respectful, either?  Well, I’m here to tell you today that I used to be one of those Christians.  It’s not that I was wrong, it’s not that I regret my zeal.  After all, my motives were good.  I loved God and I loved the people I was harassing, at least I thought I did.  But I was convinced that showing them my love meant being disrespectful of their time, their privacy and their own convictions – convictions that I never even bothered to listen to.  It’s just that I thought it was better to impose the truth on them than to let them blindly grope their way through their dark lives of ignorance and unbelief.  Now, as I look back on the months after my conversion to Christ at the age of fifteen, I cringe with embarrassment.  Yes, I see God’s hand at work in me, but I also notice his other hand holding his head as he watched me in disbelief.

Now there were a handful of people who were the main targets of my mission to convert the world.  My family.  And here is where my embarrassment turns to penitence, because, really, who needs a fifteen-year-old telling you that your faith is dead and your religious life a sham?  Well not my mum and dad.  Especially not my dad.  For him, my zeal was deeply painful.  He had been born into a religious environment that was austere and deathly.  For him, the joy of truly following Jesus was completely foreign.  The wonder, the freedom, the fizziness of childhood had been choked by harsh rules and strangling religiosity.  My enthusiasm rang loud and troubling bells for dad.  When he heard me, he was a child again – a small boy, struggling under the hand of a judgmental God and an impossible weight of religious demands.  And so, I learned that religion was off-limits to dad.  He never, ever talked to me about matters of faith.  And why should he?  Why did he need to hear the unbalanced, and arrogant theories of a boy of his own making who for him represented the tyranny of an oppressive system?

Turns out conversion is all about relationship – of course with God, but that’s only the start.  If our faith remains just about God and me, then it is stunted.  It needs to grow, it needs to force us out of ourselves to be reconciled with others, to build relationships with those around us, and with those we’ll never meet but to whom we are connected in our global village.  My conversion – yes it put me right with God, it reconciled me to him and repaired that relationship.  It changed my life in wonderful ways I can’t even describe to you.  But it was not the end of anything – just the beginning.  The last 40 years have been all about my inner battles trying to let that conversion overflow into my other relationships.  I have sometimes succeeded in that task, often I have failed.  It would be 20 years before God took my father and me and did something miraculous in our relationship.

Dad has been dead now for fourteen years.  It pains me to say that we never did talk about matters of faith.  He died without us ever exchanging those important words.  But we did have a deeply moving yet silent conversation on the last full weekend I spent with him.  It was 1999, my mother had died a year earlier, and dad came to stay for the New Year.  It was great to see him.  I was the parish priest of two small villages in the heart of England and the BBC wanted to come and do a piece on the church and to film our Millennium Eve worship service.  And so, on the afternoon of December 31st, 1999 I welcomed the journalist and brought him into the vicarage.  He interviewed me in our living room.  And there was my dad sitting in the corner watching and silently listening.  And then, that night, at 8 o’clock I processed up the aisle of that Norman Church and looked out at the bursting congregation.  (It’s amazing who comes to church when the BBC is filming the service.)  Through the blinding lights of what was now a TV studio, I could just make out, sitting about seven pews down, in an aisle seat the tall, dignified figure of my father.  For the next 45 minutes I was the proudest son in England.  And although we never spoke about that night and he never told me what it to meant to him, there was a gentle smile on his face that told me he was the proudest father.  Because even when faith in Christ has brought misunderstanding into a family there can be healing.  Even when following Jesus has caused tensions between family members, there can be reconciliation.  Even when answering the call of God has meant disappointing someone you love, God’s grace is bigger.

You see, conversion is about relationship.  Forty years ago, I started that journey of conversion with the most important relationship a person can have, the one with God.  Twenty years ago, my conversion went a bit deeper, a bit wider, and a bit more authentic.  Today I read the conversion of our patron Paul and I hear God’s call to me and to the parish to continue being converted.  Don’t end with that most vital relationship – the one with God – but go on, outwards, and let God convert you more and more, day after day, as you extend the hand of peace with the people you meet.