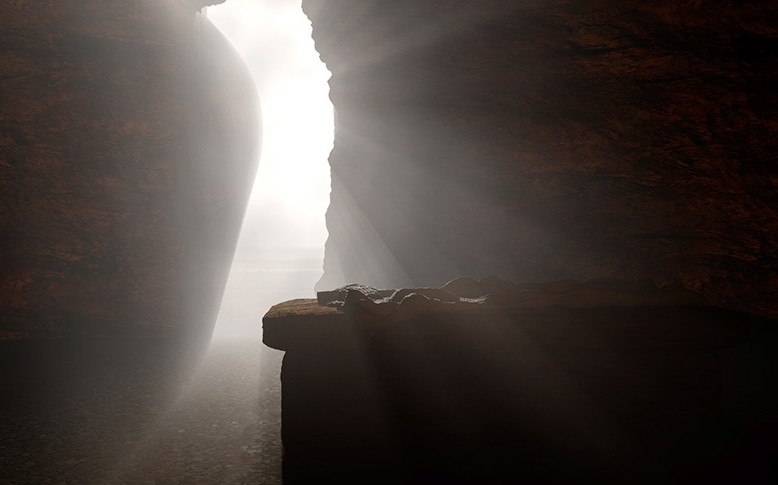 I was in Starbuck’s the other day.  Not our local branch, but one a few miles away.  Now, you know the drill.  I ordered my coffee, the barista asked my name, I told them, they wrote it on the cup, and a few minutes later their coworker called my name.  I brought the cup to show you.  Here it is.  And there’s my name – Duncan – DUNKIN.  It made me wonder if the barista had moved from a different chain of coffee shops.

My brand is being taken over by another with a similar name – one with way more money and influence.  This is what happened in the 1960s when vacuum cleaners all came to be called Hoovers, even if they were made by a completely different company.  Now my brand is synonymous with donuts, even though I’ve never made one in my life.  One day my brand may go the way of the Dustbot, yes there was such a thing as a Dustbot – I found it on the Internet.  But Duncans and Dustbots are not the only brands in history to be vacuumed up by larger, more powerful competitors.  It’s Easter Day.  We celebrate the biggest heist ever performed on a brand.  The greatest theft ever perpetrated on the image of a product.  It did its work that Friday.  It did what it always did – it wreaked havoc, destroyed life, separated friends and families, crushed spirits, broke hearts.  It tortured and killed a man as only it could – it prided itself in being the most brutal form of execution ever dreamed up by mankind’s sick, depraved mind.  It was the brand known as the cross.  But while it celebrated victory over another helpless victim, another pitiful wretch, another pathetic scrap of humanity, while it wheeled away to salute the crowd and receive its love, there was a plan hatching.  Conceived in the vast, unexplorable mind of God.  A plan so beyond the imagination of mortals, that 2000 years later here we are stilled moved to awe and worship.  The greatest re-branding success in history.  What was once feared as the most barbarous means of violent execution, is now an object of comfort, a source of strength, a symbol of hope, worn around necks, pinned on lapels, and standing high and victorious from the roof of every church.  It’s Easter Day and the cross has been rebranded, its former image, swallowed up by the mouth of an empty tomb.  So, even our martyred brothers and sisters in Sri Lanka this Easter Day, murdered for worshiping the Risen Christ sing a new song this evening – a song of Jesus’ victory over violence and death.  They knew the end of the story – that after death comes resurrection.

I have this urge to reveal the end of stories.  People don’t appreciate this in the movie theater.  Or when I go to the library and put Post-it notes on the inside cover of novels.  ‘Dumbledore dies on page 485.  I’ve just saved you 10 hours of your life.  You’re welcome.’   By the way, I haven’t watched the first episode of Game of Thrones from last week yet, so please don’t spoil it.

Actually, the impulse to reveal the end of stories is not as evil and twisted as you might think.  Nicholas Christenfeld and Jonathan Leavitt, researchers from UC San Diego gave several dozen undergraduates 12 different short stories to read.  One third of the students read a story as it was originally written.  Another third read one with a spoiler carefully embedded in the text, to look like it was part of the story.  And one third read a story with a big, bold spoiler printed in the preface.  And amazingly the students reported that every single story was more pleasurable when they had read the spoiler first.  Which suggests that the right way to read a book is to begin at the end and work backwards.

Begin at the end and work backwards.  This morning we’ve read the first half of John chapter 20.  It’s not the very end of John’s book – he still has a Chapter 21 in him.  But, it is the end of the story.  It’s a glorious ending.  Has there been a chapter of literature penned anywhere, at any time in human civilization, as grand and glorious as John’s Chapter 20?  The problem we modern Christians have is we know the story, and how it ends.  But imagine you’ve never heard of Jesus.  You pick up John’s book and you read.  Exciting tales, inspiring words.  Epics of healing, renewal and love.  Words of forgiveness, refreshment, and grace.  Lives enriched; friendships restored.  And God’s kingdom of wholeness breaking out all over the place.

But then, as we are basking in the presence of this intriguing, compelling Jesus, as our hearts are irresistibly drawn to his, things go badly wrong.  This Jesus we’ve begun to love and even worship, is betrayed, arrested, condemned to die on trumped up charges, and executed.  We’re in chapter 19 of John.  We thought he’d pull a winning card from his hand, flourish it with victory and walk away from his fate.   But the God he trusted seems to have deserted him.  We’re in chapter 19.  And so, with numb and bleeding hearts we trudge into chapter 20.  We sleepwalk with Mary to the tomb.  We share her horror when she finds the it open, the body gone.  His death was not tragedy enough; now his body had been stolen.  Mary screams, wails, and runs to her friends.  Peter, filled with anger at the desecration of the grave and the theft of his master’s body, sprints to the scene of the crime.  But we stay next to Mary.  There is strength in her desolation, beauty in her vulnerability.   And this suspicious character turns up, we begin to form accusations in our minds – could he be the grave-robber?  Mary, more charitably, thinks he is the gardener.  And then he speaks her name, and with that one word the rebranding is complete.  The cross is transformed, and Chapter 19 leaps into 20.  Because the right way to read a book is to begin at the end.

What about the book that is your life?  Instead of reading it from start to finish, maybe the Easter invitation is to read it the other way around.  Begin at the end and work back to now.  And what is the end?  Well, St Paul in today’s second lesson tells us what our end is.  Jesus, he says, is the first fruits from the dead.  The first fruits.  We are the fruits that are somewhere near the end; but here’s the end of your life – where he has gone so will you.  As he has passed through death and into resurrection, so will you, as he has faced down humankind’s last enemy and walked on victorious, so will you.  This is your destiny.  Yes, the right way to read a book is to begin at the end.  Your life is not heading into oblivion.  Your future is not bones fossilizing for ever under ground, or ashes scattered in Yankee Stadium.  Your future is resurrection – a new body, free of pain and aging, a mind without anxiety and confusion.  Start the book from the end and let God’s pure light illumine the true nature of what you are experiencing now.  Whatever trial God is leading you to face this week, whatever breakage cracks open your heart, whatever loss smothers your joy – this is only Chapter 19.  20 is coming.  If you’re stuck in chapter 19, I’m going to spoil the ending for you.  Because you really need to start at the end and read backwards.

Many years ago.  I was in Chapter 19, and it was all I could see.  And in my Chapter 19-ness I did something I don’t recommend.  I resolved to stop being a Christian.  I took a clear, committed, eyes-wide-open decision to cease praying.  Oh, and I was a priest at the time.  I saw no way out of my 19 and, for some reason I did not understand, I thought that letting go of God would somehow help.  But, here’s what I found.  You can let go of God all you want, but he will never let go of you.  In time, he caught me, and gently carried me into Chapter 20

We live in 19.  God knows it hurts, he knows it stings, he knows it sears.  19 is that day you woke up and realized that your dream will never come true.  You played by the rules – you studied diligently, worked conscientiously, you sacrificed, took risks.  But the rewards never came.  It’s 19.  But 20 is coming.

19 is that season of life when you lose valuable things and much-loved people.  It’s 19.  But 20 is coming.

19 is the time when people you trusted let you down.  Promises they made lie in tatters.  Your dignity has been slighted, your self-respect mauled.  It’s 19.  But 20 is coming.

19 is when you feel your mortality.  Every day the shadow in the corner of the room edges closer to your bed with his scythe and hour glass.  It’s 19.  But 20 is coming.

19 is when you are struggling to keep your head above water – financially or emotionally.  You’re tempted to medicate – a bottle, a purchase, an experience, even though you know that that would only deal with the symptoms for a while and bring no healing.  It’s 19.  But 20 is coming.

Henriette Juliane Caroline von Rüling was a distinguished woman from German city of Hanover.  She died in 1782, and in her determination to remain in chapter 19, she directed in her will that she be interred under huge slabs of granite and marble cemented together and fastened with heavy steel clasps.  On the granite were inscribed these words: “May this tomb bought for eternity, never be opened.”  Yet Henriette could not legislate for God’s good creation.  And one unremarkable day, unnoticed by anyone, a tiny birch seed was blown or washed or snuck of its own free will into the plinth, and began to grow.  Irresistibly, the sapling pushed its way between the slabs.  In time as the tree grew, the great edifice shifted and the steel clasps were wrenched from their sockets.  Today, despite the command of the grave’s inscription, the tomb is open.  It was 19.  But 20 is here.

It’s Easter Day.  The cross has been rebranded as a symbol of hope.  The grave rebranded as the gateway to life.  Dare we, in the light of the empty tomb, rebrand our own lives – not hopeless, not anguished, not failed, nor grim, but loved, free, and eternal.  Receive God’s rebranding today – start from the end and live.