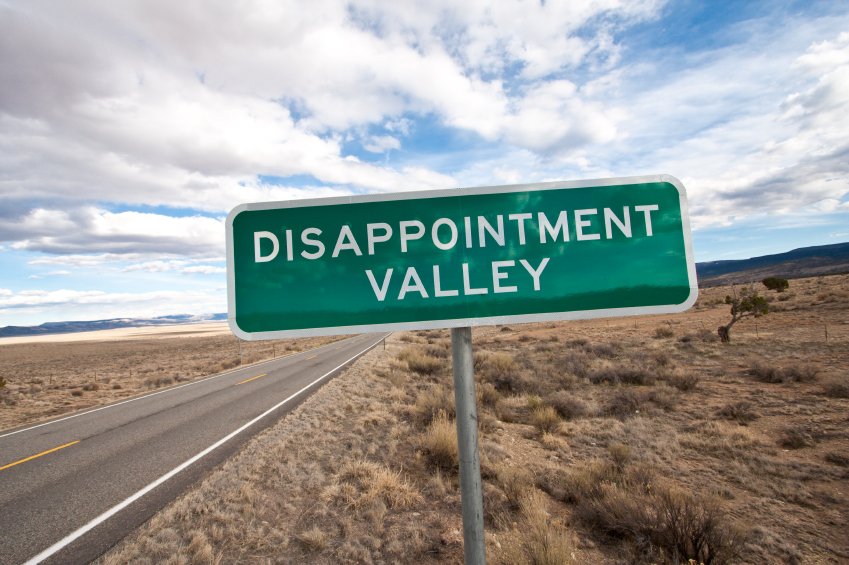 Rebuilding the rubble of illusions with the stones of reality

“I can’t act”, says Meryl Streep, “I can’t write”, says John Steinbeck, “I can’t hit a tennis ball”, laments Serena Williams.  And, here’s this shocking part, they really did say these things.  They are among a huge number of immensely talented people who have such deep-seated self-doubt that they just don’t see what the rest of us see.  They live in fear of being found out for the talentless frauds they think they are.  They genuinely believe they are charlatans who have got where they are because of other people’s failure to spot their lack of talent.  It really is a thing, and it is quite different from false-modesty, where someone says, “Oh I don’t deserve this honor”, when it’s clear that they do think they deserve this honor, and many more besides.

Here are some more sufferers of extreme and, to our eyes, shockingly low self-image.  Hugo Grotius, the man who in the 17th Century invented the modern legal system that is the bedrock of democracy, “I have accomplished nothing worthwhile in my life.”  Really?  What about that whole modern legal system that is the bedrock of democracy thing?  John Quincy Adams, the sixth President: “My life has been spent in vain and idle aspirations, and in ceaseless rejected prayers that something beneficial to my species would be the result of my existence.”  Dude.  Or Robert Louis Stevenson, the writer of Dr Jekyll and Mr. Hyde, who also wrote his own epitaph, “Here lies one who meant well, who tried a little, and failed much.”  At least he meant well.  Actually, I find this quite endearing.  If you’re going to have a warped self-image it’s better this than thinking too highly of yourself; at least that is what the Bible suggests, with its emphasis on the original sin of human pride.

Sometimes even the “Great” of this world are blind to their success.  Sometimes they doubt their own abilities, they grow disappointed in themselves.  They can even become disillusioned with who they are.

In these middle Sundays of Advent, we read about a great and holy man – a spiritual giant in the history of mankind, but who when we read about him this morning is doubtful and disillusioned.  John the Baptist.

He’s in prison because he dared to speak truth to power.  The local Governor, Herod Antipas has seduced the wife of his own brother.  Now, if John the Baptist is a bull, then the governor having an affair with his own sister-in-law is a red rag.  So, John does what prophets do and denounces Herod’s conduct; and Herod does what despots do and has John arrested.  And as we pick up the story today John has possibly been in prison for up to a year.  Imagine this wild man of the desert, this bull cooped up in a tiny prison cell month after month.

And today some of John’s disciples visit their master and give him a report of what’s happening on the outside, specifically Jesus, whose ministry right now is really taking off.  These two, of course, are no strangers.  John baptized Jesus.  He had called Jesus the Messiah; he had declared loudly that here was ‘the Lamb of God who takes away the sin of the world’.  But that was then.  This is now.  Then was when John was free, now is when he is in jail.  Then was when the bull was king of the riverbank, snorting and stomping, on a mission from God, preparing the way, lowering mountains and raising valleys.  Now he is benched, caged, silenced.  The thrill John felt when he first saw Christ has been strangled by the despair of a prison cell.  His belief that here was the Messiah, now choked by disillusionment.  His confidence in his own identity as God’s messenger,  suffocated by self-doubt.  That was then, this is now.  “Is Jesus really the one, or have I made a mistake?  Go, my friends, go and find him and ask him if he is the one.”  And so they do.  And when Jesus sees them his heart skips, what news of John, how is the bull faring, locked in his stall?

The astronaut Jim Irwin, was interviewed by Spanish media, shortly after his trip to the moon on Apollo 15.  He was asked, “What did you feel when you stepped out of the capsule and your feet touched the surface of the moon?”  Irwin disturbs me with his reply, “It was one of the most profoundly disillusioning moments of my life.  All my life I have been enchanted by the romance and the mystery of the moon. I sang love songs under the moon. I read poems by moonstruck poets. I embraced my lover in the moonlight. I looked up in wonder at the lunar sphere. But that day when I stepped from the capsule onto the lunar surface and reached down at my feet, I came up with nothing but two handfuls of gray dirt. I cannot describe the loss I felt as the romance and mystery were stripped away. There will be no more moon in my sky!”

In his prison of disappointment, disillusionment and doubt there is no more moon in John’s sky.  The thing he’d given his life to – the coming of the Messiah, may be just one big, humiliating mistake.  That was then, but this is now.

I don’t know, but I suspect that in time, Irwin re-kindled his love for the moon.  You need time after you have lost something important, like a dream, or a hope, even if it was naïve.  I bet that as the months turned into years Irwin looked again at the moon and felt his passion reignite for that lump of rock.  I hope so.  What a shame it would be for someone to have walked on the surface of the moon and to die years later with such a desolate perspective on that experience.  Maybe Irwin could come to love the moon again, but this time without any illusions that it is a magical world of romance and cream cheese, over which cows jump.  And if he did, as I’m sure he did, then maybe he can give thanks for his disillusionment.  Because it’s only when we become disillusioned with the unreal that we are free to embrace truth.

If you have struggled with disappointment, disillusionment and doubt, then John is your bother.  He’s mine.  So let me ask you a pointed question.  So pointed is it that it might pierce your skin and even draw blood.  Have you been disappointed with God?  Have you been disillusioned with Jesus?  Many of you have heard me talk about my early Christian life.  It was born in enthusiasm, and shaped by intensity.  My faith’s most formative years as a young adult were spent in Pentecostal churches and Charismatic Anglican parishes.  These were rich and exhilarating experiences.  Looking back, I believe I saw God do amazing things, even miraculous things.  I experienced worship and prayer that crackled with electricity.  And I absorbed myself in the Bible in a way that I’m deeply grateful for now.  Those years shaped me in a way that nothing else could, and I thank God for them.  I have no regrets and no resentment, even though I made  many youthful mistakes.  But I needed more than victory, glory, and miracle.  I needed disappointment, disillusionment, and doubt.  I needed to pray and receive no answer.  I needed to be ill and not be miraculously healed.  I needed to be in deep despair and not have God change my circumstances.  I needed to lose my illusions of a transactional God who would give me what I wanted if I believed in him enough.  Only when the pillars of fantasy lie at your feet can you build with the bricks of reality.  When your image of God is lying in ruins, take heart.  This is the beginning of the way back.  Not to the old faith you once had, the childish faith in a fairy-tale god, but a mature, robust faith in a God who experienced pain, weakness, loss, and death, and who lovingly, passionately, walks with us now as he calls us to experience the same.  You know the difference between someone’s story that when they became a Christian their life became totally smooth and pleasant, and the tale of Little Red Riding Hood?  One is a fantasy, the other is about a little girl who went through the woods to visit grandma.

Far from being the enemy we fear, disillusionment is actually a friend.  Until we become thoroughly fed up with a person, a job, a situation that is out of your control, you can’t truly receive the blessing that hides deep within it.  You shall know the truth, says Jesus, and the truth shall set you free, not illusions.  Or, as, Dietrich Bonhoeffer, the German pastor martyred by the Nazis, put it, “The sooner the shock of disillusionment comes to an individual and to a community the better for both.”

In his disillusionment, John turns to Christ.  “Is it really you, or have I been wrong all this time?”  You might expect Jesus to rebuke him for his lack of faith, tell him to stop doubting, ‘that’s not the bull I once knew wreaking havoc in the china shop.  Shape up and have more faith, cousin.’   But faith is not the same thing as certainty.  God is not impressed with how certain we are.  John has enough faith to be honest about his doubt and ask his question.

And the scales fall off our eyes.  We now see that, ultimately, this is not a story about John the bull at all.   It’s a story about the empathy of Jesus.  No hint of rebuke.  In fact, quite the opposite: “Truly I tell you, among those born of women no one has arisen greater than John.”  John’s suffering has distorted his view of God and himself, but Jesus accepts him as he is and transforms his weakness into an opportunity for relaunch and rebirth.  When you’re doubting in the dark what you knew in the light, Hear the Word of the Lord: You are my beloved.  Rebuild the rubble of illusions with stones of reality.