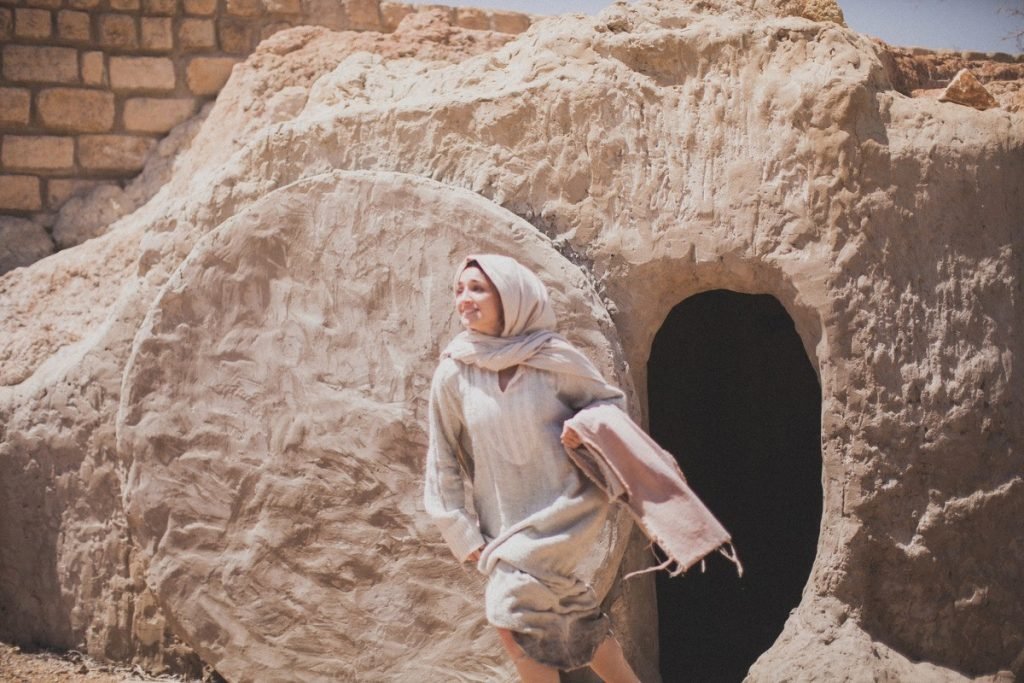 On Friday I listened to a guided meditation on the app ‘Insight Timer’.  By the way, if you don’t have Insight Timer on your phone you really need it.  It is a library of thousands of meditations from all over the world – most are not explicitly Christian but are not inconsistent with Christian faith and practice.  So, on Friday I listened to a meditation on the topic of fasting in response to the virus.  It caught my eye because it was Good Friday and I was fasting anyway, and this seemed like an excellent and timely way of linking my fast to the current crisis and maybe having some real impact as a powerful form of prayer.

I pondered that phrase ‘getting back to normal’, and I unlocked the memories of how life was before the middle of March.  Obviously, many wonderful things poured out of that treasure chest – people, friends, St Paul’s, moving around freely, enjoying the town, eating in restaurants, going to the theater, watching sport, visiting the city.  Yes, a ton of experiences I’m longing to embrace again.  But, I felt unable to punch the air and yell, YES, the way I did with the first part of the meditation.

Because I don’t think I want to go back to just normal.  Life before Covid was not the Garden of Eden.  In our haste to remember the good times, let’s not get nostalgic.  There were many things about life before Covid that we were badly getting wrong.  And the crisis has shown us some better ways to live.  Now, I’m not saying that God sent us the virus to whip us into shape.  He didn’t.  People are suffering.  Before this is over hundreds of thousands of people around the world will have died.  God is not a cruel judge who rains down terrible punishments in order to teach us a lesson.  But I do believe that when crisis does strike God uses it to reveal truths to us that we otherwise might not have learned.  It happens after every crisis – personal, national, global.  We learn things and we, hopefully, change.  God accompanies us through the pain and we emerge with clearer vision, new priorities, higher values, purer motives, more noble intentions.

It’s the difference between resuscitation and Resurrection.

Two weeks ago, on March 29th, we read the story of Jesus raising Lazarus from death.  If you haven’t listened to the sermon from that morning it’s still there on our YouTube channel.  What Jesus did that day for dead Lazarus was not a Resurrection.  It was what is technically called a resuscitation.  Jesus brought him back to life.  But, it was the same life.  Lazarus was restored to how he was before he got ill and died.  He was the same age.  He had the same body, the same brain.  He kept the same personality and character, he was enriched by the same old skills and virtues he had before he was sick, and he was undermined by those same old weaknesses and vices.  He was normal, physical, material stuff.  He was limited to being in one place at one time.  He had to travel from A to B in the same way he did before he died.  He was compelled to obey the laws of science.  If you pricked him he would bleed.  If you slapped him he would smart.  If you gave him a virus he would feel its symptoms.  Lazarus got ill,  died, was resuscitated, and one day died again.  Resuscitation, not Resurrection.

But, it’s Easter Day, and I want to think bigger than that.  I want to dream dreams with you, ignite the fire of hope and share it together.  I don’t want mere resuscitation for us, for our town and county, our state and region, our country and our world.  I don’t want things to be normal again.  Mere resuscitation is not good enough.  When we’ve been given the opportunity to stop, slow down, suspend normality, examine our lives, why would we want to go right back to how it used to be?  I  want Resurrection.  I want transformation.  It is Easter morning and so we dare to imagine, and hope, and believe in a world that has learned painful lessons from the virus and will resolve to create a new reality.

You see, Resurrection is transformation.  Resuscitation is just going back to the way things were, but Resurrection is change, it’s re-creation.  Jesus’ body was changed.  We can’t understand what happened or how, but there’s no question this was not just Jesus’ corpse that had been resuscitated, like old Lazarus.  So much did his body change,  that, as we’ve just read, Mary thought he was gardener.  So much had he changed that she didn’t even recognize him.  So it was with the disciples, who sometimes failed to identify him in their encounters after the Resurrection.  This was a body that could appear out of nowhere and leave in the same way, that was not restricted to the physical laws of the universe.  Jesus’ resurrected body would not grow old, would not experience pain, would not die again.

Oh please don’t say all this suffering was for nothing.  That tens of thousands of people died, that countless families were rocked by loss, that billions around the globe had their lives upended, their futures altered, their hopes dashed, their dreams strangled, and it was all for nothing.  That we just went back to normality after a few months.  That cannot be an option.  It’s Easter Day, Christ is risen, and resuscitation is just not good enough.  We want Resurrection.  We must be transformed.

Come with me and together let’s climb a high mountain and look down on what God has done for us in the last few weeks and how he has been shaping us for Resurrection life.

For these weeks, Congress was able to come together, almost unanimously, and say clearly and loudly that money is less important than people.  Senators and Representatives agreed that spending many trillions of dollars that we don’t have is better than people dying.  And the White House, governors’ mansions, and municipal halls agreed.

For these weeks, these three or four months, these approximately 100 days, the tyranny of economics was unseated by the solemn truth that human beings are made in God’s image and all human life is sacred.

For 100 days unity flowed across party lines that everyone should have real and equal access to quality healthcare, and if they couldn’t afford it they should still get it.

For 100 days doctrinal purity, be it left, right or center, gave way to the divine call to save as many people as possible.

For 100 days we all agreed that the building blocks of Western capitalism are inferior to the imperative to love our neighbors – the government paid us NOT to work.

For 100 days we did not look at each other and judge whether or not that person deserved a handout from the state; we didn’t look at the patient in the hospital and secretly judge that they had brought their suffering on themselves by making unhealthy or sinful decisions.

For 100 days we saw with clarity and compassion that normality is not good enough, because normality means large populations in urban settings living with unequal access to health care and financial security.

For 100 days, we rediscovered our priorities.  Many of us remembered why we fell in love and married our spouses, because work and kids and money and all of that other stuff had caused us to forget.

For 100 days, some of us were freed from commuting and given the gift of time at home, with children, or books, or prayer, or service, or the exercise bike, or a new hobby, or bold new plans for self-improvement.

For 100 days we were stripped of some freedoms and luxuries – restaurants, theaters, ballgames, cookouts, trips up the mountains and down the shore.  We shrunk our carbon footprints.  Goats took over a town in Wales and dolphins played in the canals of Venice.

With the clutter cleared away we saw ourselves for who we truly are, we saw each other, and we saw God.  The busyness, the clock, the credit card, the stuff, had obscured our view of the mirror.  For 100 days we rediscovered things that we don’t like, but which we’d managed to push below the surface – my impatience, my irritability, my vulnerability, my worry.

For 100 days, we saw just how little we need if we’re to be happy.  We understood that simplicity is the door to contentment.

For 100 days we were awoken to the shocking truth of how fragile our ways of life are.  And we saw in 4k, ultra-hi-def how big a curse is short-termism.  And how weak is democracy, because democracy breeds short-termism.  When you have to be re-elected in two years or four or six, why plan for ten or twenty, especially if that calls for short-term sacrificial investment?

For 100 days something that was inevitable at some point in the near future took us by surprise and rocked our foundations.

What a tragedy if we are merely resuscitated.

If going back to normal means taking our families for granted, losing perspective on our material possessions, living unhealthy lives mentally and physically, placing trivia above meaning, having no time for prayer or worship, believing that government can solve all our problems or that government can solve none of them, then I don’t want normality.  I hunger and thirst for transformation.

I do hope you can see that I’m not talking about party politics, personalities, or public policy.  Those things are outside my expertise.  And, anyway, we’re Anglicans; our unique gift to the world is a model of Christianity that celebrates difference and sees diversity of political and religious opinion as a strength and not a weakness.  What I’m talking about is bigger than politics.  God has given us principles to live by.  Loving God with all we have and our neighbor as ourselves.  What that looks like in a post-Covid world, I don’t know.  But I do know this – together we must find out in the fulness of time – after we have grieved and suffered.  Because we were made for resurrection and not for resuscitation.