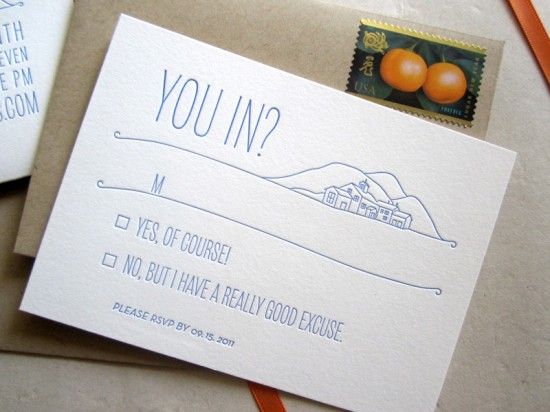 This morning I’m feeling loved. It’s been a week of feeling good about myself. The reason for my swagger is that I’ve received some wonderful invitations in my email inbox. I love invitations. They show that people are really interested in me. People want the pleasure of my company. They truly accept me and value me for who I am. For example, here’s one from 4631118078@kodehexa.net: “You have been selected to get our exclusive reward. You simply need to answer a few quick questions regarding you experience with us to get a brand-new $500 Delta Airlines Gift Card. Continue for free.” Here’s another, from Costco: Hello customer djepisc. (I love that personal touch.) All our congratulations! You have received a reward. You have been accepted! To confirm your reward click here.” I have been accepted. I can’t tell you how that makes me feel. And finally from someone called Onlinemart: “Congratulations! You have been selected to get an exclusive iPhone 14 Pro.” Well, I’m really touched by their generosity, but you know me – I’m an Android guy and I would NOT really know what to do with an iPhone. But I’m feeling the love.

Invitations come in different shapes and sizes. There is the kind you send not because you truly desire the pleasure of that person’s company, but because you feel obligated. Like that wedding invitation you send because they invited you to theirs and you’re expected to reciprocate, or because if you don’t invite them your mother will be upset. Then there’s the invitation you receive because someone wants something from you. No matter how much they try to make it appear that they love you and want to extend good things to you, their hilariously transparent motive is money.

And then there’s an invitation that lands on your doormat like a drone landing on your front lawn. You don’t quite know what to make of it. You’re confused. The leader of your religious community is having a dinner party and you are invited. Now this might be one of those invitations with an ulterior motive – it might be a stewardship dinner and the religious leader isn’t as interested in your company as much as your pledge card. Or it might be a genuine expression of hospitality – the host is interested in getting to know you better, they want to enjoy your personality, hear your thoughts, and learn your story.

Jesus gets an invitation to dinner from a rabbi in today’s Gospel lesson. He is a clergy aristocrat, a Pharisee, a man who, when he throws a dinner party, often has ulterior motives. Maybe you are invited because he wants to observe you, watch how you behave, test you. This may not be the relaxing evening you’d hoped for but a stern examination; not an honor but an ordeal, not a celebration banquet but a condemned man’s hearty breakfast. This is dinner and a show, and the show is Jesus.

So, Jesus accepts the invitation, and as he mingles, he watches people taking their seats at the dinner table. Now as Episcopalians we have no rules or expectations about seating, do we? When we walk into church, we look around find an empty pew – any pew will do – and we sit down, don’t we? It’s not like we have a particular pew where we must sit and if we find a guest in that pew, we feel a touch put out. I can’t even imagine that in a church. So, it’s hard for us to think our way into this biblical scene where the seating plan almost has the same authority as the Ten Commandments. Everyone has their designated place at the table, and it Is based on class. The most important guests sit near the host, and the least are furthest away. Some people in Jesus’ society took this to absurd limits. So, there was a famous sect that lived in the desert near the Dead Sea who every year reviewed the goodness and holiness of its members and then assigned each one their table place. It must have been like when we crowded around the classroom bulletin board when the exam results were posted. Oh no I’m last again, now I have to sit at the end of the table near the drafty door, miles away from my friends.

The Hyacinth Buckets of that society would spend their lives cultivating their personas so they would be placed near the head of the table. This was an intensely hierarchical, shame-based society, don’t forget. What people thought of you really mattered. Humiliation was an unbearable curse, losing face a crushing sentence. So, the purpose of accepting the invitation to the Pharisee’s dinner party is not really to eat, but to be seen, and hopefully to be seen sitting at the posh end of the table.

So, here’s Jesus watching people jockeying for position. Now, if you’re expecting him to challenge those who swagger proudly to the posh seats, you’d be right. And the way he does it is to tell a story. He paints the picture of a dinner, rather like the one he’s at. And he says, ” When you are invited by someone to a wedding banquet, do not sit down at the place of honor, in case someone more distinguished than you has been invited; and the host may come and say to you, ‘Give this person your place,’ and then in disgrace you would start to take the lowest place. But when you are invited, go and sit down at the lowest place, so that when your host comes, he may say to you, ‘Friend, move up higher’; then you will be honored in the presence of all. For all who exalt themselves will be humbled, and those who humble themselves will be exalted.”

The truly great, says Jesus, are those who know they aren’t. The heads of empires, whether they built them or inherited them, whether they be political and geographical, or business empires, even religious empires – those emperors live in dangerous waters. Shark-infested waters. The temptation to think of yourself more highly than you ought must be extreme when you have limitless amounts of power, money, and prestige. Along with money, power, and fame comes an attitude of unaccountability. People will behave badly and get away with it. They will do and say whatever they want because they can. “Is this not the great Babylon that I have built?”, asks Nebuchadnezzar, an Old Testament emperor, moments before he collapses with a serious illness. The word of Jesus to political, business, or religious emperors is alarming and urgent: “those who exalt themselves will be humbled.”

Jesus goes on to give some even more hard-hitting instructions to his haughty dinner companions, and by implication, to us. “When you give a luncheon or a dinner, do not invite your friends or your brothers or your relatives or rich neighbors, in case they may invite you in return, and you would be repaid. But when you give a banquet, invite the poor and disabled. And you will be blessed, because they cannot repay you, for you will be repaid at the resurrection of the righteous.” Give to people who can’t repay? Show hospitality to those who can’t return it? Lavish love on those who can’t reciprocate? But that’s not fair. You can almost hear them protesting. This life is about quid pro quo – you scratch my back and I’ll scratch yours. It’s not just money, of course. We can function on a kind of patronage system in a host of ways. I will give compliments to receive compliments, gratitude to receive gratitude, love to receive love, all manner of time, devotion, and sacrifice in order to receive a good reputation.

In 1990, a couple in Boston fell in love, got engaged, and planned their wedding. It was going to be lavish. They booked a banquet room at the Hyatt hotel, and made the required down payment of 50%. All was not well beneath the surface, however, and as the big day approached the groom was starting to have cold feet. “I’m finding it hard to commit”, he told his fiancée, and he asked if they could put the wedding on hold. Now, she saw through this façade. He didn’t need time to work on his feelings. He wanted out. So, after much weeping and wailing of gnashing of teeth, they parted for good.

So the bride paid a visit to the Events Manager of the Hyatt to ask for a refund of the deposit. The manager said she was sorry, but it was non-refundable. The former bride-to-be had only two options, she explained: she could either forfeit the down payment or go ahead with the party.

The writer Philip Yancey picks up the story, “It seemed crazy, but the more the jilted bride thought about it, the more she liked the idea of going ahead with the party — not a wedding banquet, mind you, but a big blowout. Ten years before, this same woman had been living in a homeless shelter. She had got back on her feet, found a good job and set aside a sizable nest egg. Now she had the wild notion of using her savings to treat the down-and-outs of Boston to a night on the town.

“And so it was that in June of 1990 the Hyatt in downtown Boston hosted a party such as had never been seen before. The hostess changed the menu to boneless chicken — in honor her spineless chicken of an ex-fiancé — and sent invitations to rescue missions and homeless shelters. That night, people who were used to peeling half-gnawed pizza off cardboard dined instead on chicken cordon bleu. Waiters in tuxedos served hors d’oeuvres to senior citizens propped up by crutches and aluminum walkers. Bag ladies, vagrants and addicts took a night off from the hard life on the sidewalk outside and instead sipped champagne, ate chocolate wedding cake, and danced to big-band melodies late into the night.”