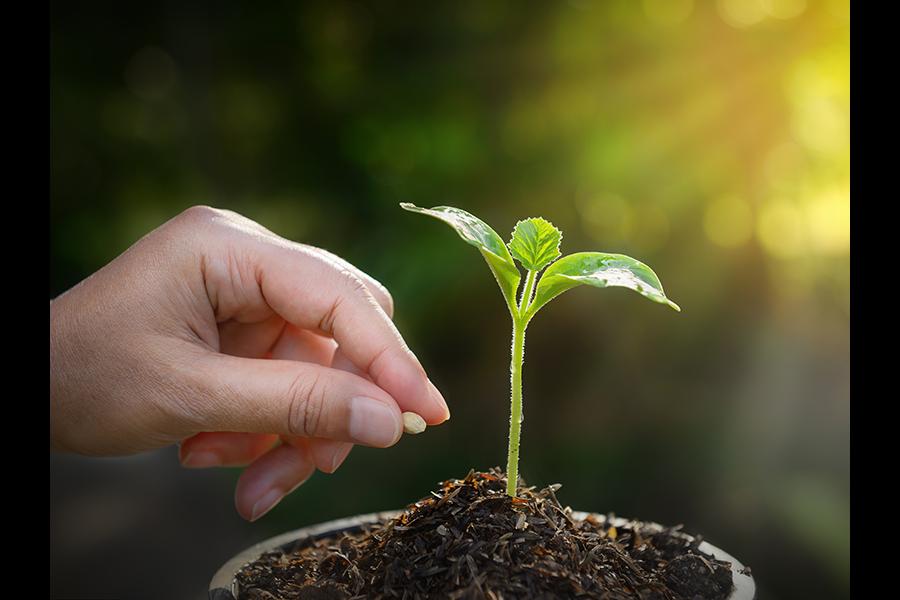 Sir Robert Watson-Watt was a key figure in the Second World War.  He was not a military man, or a politician, but one of those geeky scientists who like to take things apart to see how they work.  He had a particular thing for radios.  In the ominous days of the 1930s, when the governments of Europe were looking anxiously at political developments in Germany, the British Ministry of Defence employed Watson-Watt to mess around with radios to see if he could come up with something that could add to the defence capabilities of those islands.  So, he did, and he did.  He invented a system of tracking moving objects electronically on a screen.  The name he coined for this technology was RAdio Detection And Ranging – or radar, and it was instrumental in the Royal Air Force winning the Battle of Britain in 1940.  Well, some years later Watson-Watt was driving in Canada, and was not being too careful about the speed limit.  And so, the inevitable siren and flashing lights pursued him, and he was given a ticket.  A radar-toting Mountie got his man.  Stung by the irony of being pulled over by a police officer using a piece of equipment he himself had invented led Watson-Watt to write the following poem entitled “Rough Justice”:

strange target of this radar plot.

And thus, with others I can mention,

the victim of his own invention.

but now by some ironic twist

it spots the speeding motorist

and bites, no doubt with legal wit,

the hand that once created it.

Sowing and reaping.  It’s a law of nature.  You sow the seeds; you reap the fruit.  It’s true on the farm, it’s true in the garden, and it’s true in life in general.  At least we hope it is.  We feel justice has been done when someone sows violence and reaps jail time.  We are pleased when someone sows hard work and reaps a promotion, and when someone sows discipline and reaps a scholarship to go to college.  We believe that the universe has order and fairness when a driver who is putting other people’s safety at risk by speeding is ticketed – even if he did play a role in the defeat of Nazism seventy-five years ago.

“You reap whatever you sow,” says Paul in today’s epistle reading.  “If you sow to your own flesh, you will reap corruption from the flesh; but if you sow to the Spirit, you will reap eternal life from the Spirit.  So, let us not grow weary in doing what is right, for we will reap at harvest-time, if we do not give up. So then, whenever we have an opportunity, let us work for the good of all.”

In the previous chapter of this letter – a passage we read last week, although I didn’t talk about it at the time, Paul lists nine fruits; what we reap when we sow in the Spirit.  He says, “The fruit of the Spirit is love, joy, peace, patience, kindness, goodness, faithfulness, gentleness and self-control.”  Those are the seeds we can sow as we go about our day.  We can sow love to the person who has hurt us by choosing not to hold onto their guilt;

we can sow joy to the person who can’t find anything to be happy about;

we can sow peace in the person who is anxious,

patience in the queue at the store or at the traffic light,

kindness to the person who gets in the way when we’re in a hurry,

goodness to the marginalized person – the one everyone ignores or ridicules,

faithfulness to your co-worker who needs your support right now,

gentleness to the angry person who crosses your path,

and self-control when everything in your mind and body is telling you to join in the gossip or the trash-talk or the self-indulgence.

And in time, says Paul, those seeds that we sow now will produce a harvest if we don’t give up.  Wouldn’t it be wonderful to live a life that is marked by those nine qualities, those nine fruits of the Holy Spirit?

If we want peace and are prepared to go and do the hard job of sowing it, then we will receive it.  If we truly want joy or love or any of these fruits, and if we want them desperately enough then we will labor in the heat of the day, preparing the ground, plowing, weeding, planting, watering, we will reap.  In this sense, God gives us what we want in life.  But we have to really want it.  God will probably not open up our lives to reap love if we’re unwilling to sow it in other people first.

My favorite preacher is a man by the name of Rob Bell.  He used to pastor a mega-church in Grand Rapids, Michigan.  I went to listen to him once, and I still read his books.  Now, when I said, “Mega-church” you possibly felt a siren warning you of danger.  Because we think we now about mega-churches with their manipulative pastors, sophistication and cynicism, their twisted message of health and wealth.  But don’t go there.  That stereotype is often wrong, and if we were to believe it we would be guilty of prejudice.  A few years ago, Bell wrote a book called ‘Love Wins’.  And it created a lot of controversy in the church tradition that Bell comes from, which has traditionally taught a literal hell – a place of suffering where those who do not accept Christ spend eternity.  And in this book Bell dismantles that image of an angry, cruel God who sends people he loves into a place of torment.  Instead, Bell sees hell as partly people’s experience now.  People create their own hell, he says, through their choices to live small, self-interested, or hateful lives.  He writes this, “‘Do we get what we want?’ And the answer to that is a resounding, affirming, sure, and positive yes. Yes, we get what we want.  God is that loving.  If we want isolation, despair, and the right to be our own god, God graciously grants us that option. If we insist on using our power to make the world in our own image, God allows us that freedom. If we want nothing to do with light, hope, love, grace, and peace, God respects that desire on our part, and we are given a life free from those realities. The more we want nothing to do with all God is, the more distance and space are created.  If, however, we crave light, we’re drawn to truth, we’re desperate for grace, we’ve come to the end of our plots and schemes and we want someone else’s path, God gives us what we want.  If we have this sense that we’ve wandered far from home, and we want to return, God is there, standing in the driveway, arms open, ready to invite us in.  If we thirst for the peace that transcends all understanding, God doesn’t just give, it’s poured out on us, lavished, heaped, until we’re overwhelmed.  It’s like a feast where the food and wine do not run out.”

What do you really want in life?  Love?  Sow it.  Acceptance?  Sow it.  Justice?  Well, take out the packet of seeds and sow it.  So, what will you sow this week?

Sowing and reaping.  It’s a law.  Jesus knew it, Paul knew it, Sir Robert Watson-Watt knew it, and so does Hattie May Wiatt.  And it’s her story I want to leave you with.  It is a tale so inspiring, that it sounds too good to be true.  But I have fact checked it at Snopes.com and the version I’m going to tell you is factual in every detail.  Hattie May Wiatt was a child who lived in Philadelphia at the end of the nineteenth century.  One Sunday morning she went to church – a small Baptist church which housed an overcrowded Sunday School.  In fact, it was so overcrowded that Hattie May could not get in on her first visit.  The pastor, Russell Conwell, saw her outside in the street and, picking her up, carried her into the building and found a tight little space for her.  He reassured her that one day they would have buildings big enough to allow everyone to attend who wanted to – although, Conwell himself admitted years later that he said this just to reassure Hattie May and did not actually believe it.

Well within a few weeks, Hattie May became sick and Pastor Conwell was asked by her mother to come to the house and pray for her recovery.  He did, but with no conviction that her illness would end in anything other than her death.  And it did.  Hattie May’s mother told Conwell that her little daughter had been saving money to help build the  bigger church that he had mentioned, and she gave him a little purse which contained 57 cents.  Conwell changed the 57 cents into 57 pennies, told the congregation the story of Hattie May and sold the pennies for a return of about $250.  Some investment-minded members of the church formed what they called the Wiatt Mite Society which was dedicated to making Hattie May’s 57 cents grow as much as possible.  Soon, Hattie May’s 57 cents was sufficient to buy a nearby property which became the home of the Sunday school.  And Hattie May’s vision came to pass, thanks to the 57 cents.

But that’s not the end.  Not by a long way.  The investment continued to grow, under the imaginative leadership of Pastor Conwell and the business smarts of members of the congregation.  Soon, the church needed an even larger building, and the congregation set their mind on purchasing a local property that was priced at $25,000.  However, the owner said he’d settle for $5,000, and asked for a down-payment of 57 cents.  That new Sunday school building was renamed Temple College.  Today, Temple University occupies 115 acres and is home to 38,000 students.  The 746-bed hospital of the same name has an annual budget of $5.9 billion.  All because a child sowed 57 cents.

If this is what God can do with the tiny gift of a young girl, what can he do with you and me and this parish that bears the name of the writer of today’s epistle?  In his words, “Let us not grow weary in doing what is right, for we will reap at harvest-time, if we do not give up. So then, whenever we have an opportunity, let us work for the good of all.”