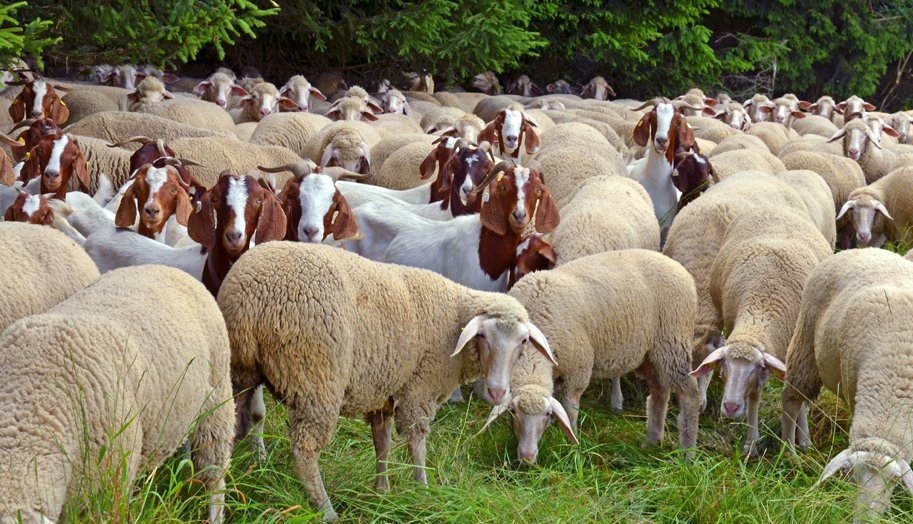 Sheep, Goats, and the Narcan Angel

You know that embarrassing moment when you think you recognize someone and you go up and say “Hi, Mavis.”  And she looks at you weirdly and says, “My name’s Jan.”  Well, it happened to me a while ago in a restaurant.  I saw someone on the next table who was the absolute doppelganger of someone I’d met two or three times – he is actually the father of a member of the parish.  And you know how you do in these moments; you keep looking over in the hope that your eyes will make contact with theirs and then you smile and nod and you can go over and talk.  So I employ that strategy.  I look over and he looks at me and we have this brief moment as eyes connect.  And then he looks down at his food and carries on eating.  No facial expression at all.  But I’m a persistent kind of guy, and I know we know each other.  I should say I’m wearing my collar.  And I keep looking over at him, thinking that we’ll make eye contact again and this time I’ll make a little smile and he will make a little smile back and the ice will be broken.  So I keep looking over at him waiting for that eye contact again – and it happens, so I smile and kind of wink.  Which may have been a mistake.  Now this guy is with his friends.  And there’s this priest winking at him from across the restaurant.  And he hurriedly looks down at his plate again.  And I think, he’s just a bit shy.  He’s with his mates, and he doesn’t want to acknowledge that he knows a priest.  So I’ll make it easy for him.  I’ll go over and say, “Hi”.  So I do.  And as I make my way to his table I can see him starting to look uncomfortable.  And I get to him and I beam and say, “Hi.”  And he looks like a deer caught in a car’s headlights. And I see that he flat out doesn’t recognize me.

Now at this point, most normal people would realize they had made a mistake.  And this normal person would then apologize and return to his seat.  But not me.  I assume he doesn’t recognize me because I’m out of context – he’s only ever seen me in church, and never in a restaurant.  And so I say, “You’re so and so’s dad!  How are you doing?  How are the grandkids?  How’s the hernia?”  (Actually, I didn’t say that last bit.)  He just politely tells me that he isn’t so-and-so’s dad and wishes me a good day.  So I return to my seat, hoping that no one has seen me.  But you know what?  I’m still not convinced it wasn’t him.  When I see so-and-so again I’ll tell her, “I saw your dad in a restaurant and he pretended not to know me.”

I’d rather be Marty Doerschlag.   Marty Doerschlag, you see, has a superpower.  “If I spend about 30 seconds looking at somebody,” he told NPR, “I will remember their face for years and years and years.”  Once, he sat behind a man at a Michigan vs. Ohio State football game. Three years later, he recognized him in Dallas-Fort Worth airport. They hadn’t even talked at the game.  At a Las Vegas restaurant, he asked the waiter if he had worked at a particular restaurant in Columbus, Ohio, many years before.  The waiter froze.  ‘Yeah?’  Neurologists call people like Marty Doerschlag “Super-recognizers.”  They really exist, and I want to be one.

Sadly, I never can be, because Super-recognizers are born and not made.  I’m an ordinary recognizer, at best.  I can’t even spot the difference between sheep and goats.  Actually, only one person can, according to Jesus in today’s Gospel lesson.  And it’s him – the Son of Man.

He explains that there are two kinds of people.  There are sheep – they are the ones you want to be, and there are goats – and we should try to avoid being one of those.  In Jesus’ story, there’s a sorting.  The two species are separated.  One is honored and blessed  The other is not.  Sheep and goats.  To us you they look very different.  Go to the average children’s petting zoo in the US and we can all separate the sheep from the goats.  But if that petting zoo were in the Middle East, it wouldn’t be so easy.  Sheep and goats in that region look very similar, and from a distance you might not be able to tell which is which.  It’s a job that is beyond the Spidey-senses of ordinary recognizers like us.

And the point of separation is the act of love.  “I was hungry and you gave me food, I was thirsty and you gave me something to drink, I was a stranger and you welcomed me, I was naked and you gave me clothing, I was sick and you took care of me, I was in prison and you visited me.”  Here is Jesus describing the sheep.  The sheep has a heart that feels the pain of the downtrodden, that empathizes with the marginalized, that stands in determined solidarity with those who lack the resources needed for a healthy life.  And you can tell that their love is genuine because they do something about it.  They do not just talk about helping the under-resourced, they get involved, they sacrifice, they meet the need when they can.  That’s always the test of reality, the hallmark of authenticity – does it change people?  Does faith compel us to action, does love force us to serve?  And the goats?  Well, they just don’t.  We don’t know why.  It could be that they have good intentions but lack the follow-through – they may feel compassion, but just never get around to acting on it.  Or it may be worse than that.  There may be a hollow void where a heart should be.

Only the Son of Man, the Great Sorter, is able to distinguish the sheep from the goats.  So true is that, that even the sheep and the goats themselves don’t know what species they are.  Members of both groups are surprised to learn which group  they’ve been sorted into.  “Wait, Lord, when did we see you and show you kindness or not”.  So deep and ingrained is their sheepiness or their goatishness, that they are not even aware of it.  To the sheep it is just natural to spot Christ in the under-resourced person and for the goat it’s equally natural not to.  They’re not even aware they’re doing it.

This is truly a shocking story.  Jesus is making the point that at the Last Judgment there are going to be some surprises.  Some people who appear to be very sheepy – people we think are great saints, good people, who look like sincere Christians, who talk about the Bible and God and appear to be sincere, well they might not be sheep at all, they might be goats; we just can’t tell.  And in the same way, people who appear goatish – those we think of as irreligious or unspiritual or immoral, maybe some of them are actually sheep. I can imagine standing in heaven and seeing someone I knew years before and saying, “What are you doing here?”  And they will reply, “I was looking at you  thinking exactly the same thing.”  It’s only the penetrating, clear-sighted vision of Jesus that can tell us apart.  These are important words, convicting words in an age of superlatives and hyperbole, where people are described as the best or the worst, the greatest or most disastrous, the biggest sinner or the greatest saint, God’s person or Satan’s.  Here is a solemn reminder from Christ himself, to not judge.  “Do you think so-and-so is a real Christian?”  Well, it’s not for us to say.  Sheep can look like goats and goats can look like sheep.

The shirtless, homeless, rough looking man in San Francisco didn’t look like a sheep when Gelind and I met him.  We were walking through the city named for a true sheep of Assisi, when our calm was punctured by commotion.  A man running, a small gaggle of people gathered around we knew not what, but all looking at the ground, some waving, others shouting, one on a cell phone.  The running man had the look of street weariness about him.  Shirtless, muscular, wearing denim shorts, and accompanied by a non-descript dog who also bore the signs of a life on the street.  The mayhem disturbed us.  The shirtless man was now running away from the gaggle, towards a black leather bag in the style that doctors carried in the days when they used to make house calls.

We were just a few feet from the huddle, and we could see in between the gaggle, a man lying unconscious on the stone pavement.  His hair was tidy, his face well-groomed, his demeanor, visible even in his coma, was that of someone who very recently had had control of his life.  But it was now tragically clear that control had been stolen, prized out of his hands and his mind by an assailant that rampages its way through cities and villages, rich and poor, old and young.

That day we learned about Narcan, the drug that saves the lives of people who have overdosed on heroin.  And we met the Narcan Angel.  That’s what we named the shirtless, homeless, rough looking man with the doctor’s bag who, it seems patrols the city, a dog’s lead in one hand and medicine in the other, looking for all the world like a goat, but acting like a sheep.

And reading Jesus’ story, we know who the other man was too – the dead man brought back to life.  It was Jesus himself.  Christ says that when the sheep do their acts of kindness they are doing it to him. Not FOR him, but to him, as if he is the sick, the destitute, the prisoner, the starving.  And the goats well, again, it is Jesus they do NOT serve.

If we saw the REAL Jesus lying in a shop doorway asking for food then what would we do?  We’d give him some that’s what. If it were the REAL Jesus in the hospital bed or the prison cell then we’d be quick to visit.  And Jesus says, Surprise!  It is me!  Inasmuch as you do it to the least of his people we do it to him.  There’s a word from God for our Covid-wracked, spiteful, judgmental days.  May God find us to be sheep.