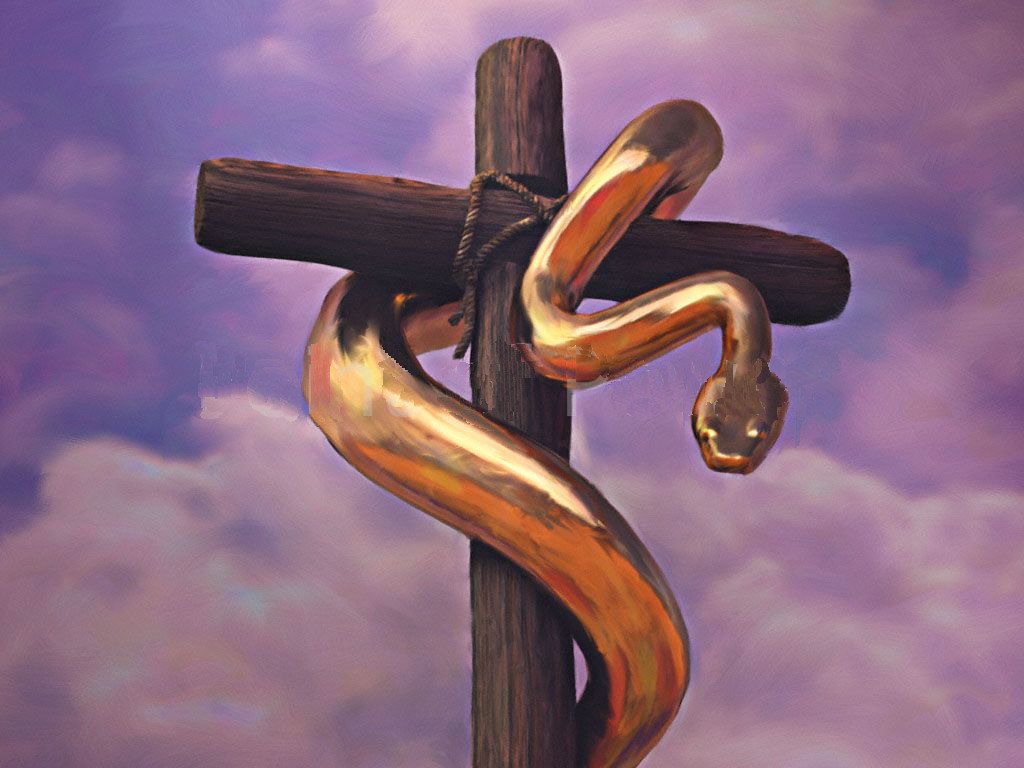 So, here it is.  My vaccination card.  Thanks be to God, last Monday I got shot, in the nicest possible sense, in a delightful branch of CVS in the beautiful town of Merchantville, New Jersey.  So, today I give thanks to God, to the CDC, the FDA (I have a strong vested interest in being nice to the FDA), Johnson and Johnson, the pharmacist Ms. Nguyen who injected me, whatever haulage company transported the vaccine from the lab to the pharmacy.  Actually, thanks be to God for everything and everyone.  It’s that kind of day.  It is Joy Sunday – the Fourth in Lent – It was 70 degrees on Friday, the clocks have gone forward, and if you are watching this recorded, you still got the entire service without having to get up early.  But let me encourage you to do all in you power to get vaccinated, and if you need some help in registering, then please email Gerry.

What Ms. Nguyen actually injected into my arm was ‘recombinant replication-incompetent adenovirus type 26 expressing sars-cov-2 spike protein’.  I hope you’re following this.  And I was curious to find out how it works.  So I Googled.  Do you want to know I discovered?  Well, too bad.  I’m going to tell you.  ‘The Johnson & Johnson COVID-19 vaccine is a vector vaccine. In this type of vaccine, genetic material from the COVID-19 virus is inserted into a different weakened live virus, such as an adenovirus. When the weakened virus gets into your cells, it delivers genetic material from the COVID-19 virus that gives your cells instructions to make copies of the S protein. Once your cells display the S protein on their surfaces, your immune system responds by creating antibodies and defensive white blood cells. If you become infected with the COVID-19 virus, the antibodies will fight the virus.’

Get that?  Now, I am not a scientist, but I think they were trying to say that to combat Covid 19 they attached a tiny piece of Covid-19 into another virus and put into my arm.  Which is both weird and wonderful.  To fight Covid you inject Covid.  To counter the effects of a disease you receive the cause of that disease.  To overcome death you embrace the means of death.

That’s what this morning’s Bible lessons say anyway.  There’s that strange-sounding instruction from God to Moses in Numbers during an infestation of poisonous snakes.  “Make a poisonous serpent, and set it on a pole; and everyone who is bitten shall look at it and live.”  So Moses made a serpent of bronze, and put it upon a pole; and whenever a serpent bit someone, that person would look at the serpent of bronze and live.”  And there’s that electric snippet of Jesus’ conversation with Nicodemus in John: “Just as Moses lifted up the serpent in the wilderness, so must the Son of Man be lifted up, that whoever believes in him may have eternal life.  For God so loved the world that he gave his only Son, so that everyone who believes in him may not perish but may have eternal life.  Indeed, God did not send the Son into the world to condemn the world, but in order that the world might be saved through him.”

To fight Covid you inject Covid.  To be healed of snakebites you gaze upon a snake.  To experience life in all its fulness, you cling to an old, rugged cross, bearing the lifeless body of a Savior.

One of the things we’re learning in the pandemic is that we, the church, can reach new people.  It is a fact and it thrills me.  I see the names of people who are subscribing to our YouTube channel or liking our Facebook page and many of them, I’ve never even heard of before.  And my heart leaps a bit.  Something we’ve been streaming on the Fridays of Lent is a service of the Stations of the Cross.  And so far the four streams have been viewed by a total of 189 people.  Now that’s not a massive number.  It’s less than fifty per week.  But, when you consider that the in-person service in normal years is attended by around half a dozen people, you want to give thanks for how God is at work despite the pandemic, in fact even because of the pandemic.  And those fifty viewers a week are doing exactly what Jesus talks about in this Gospel passage.  They are gazing on the cross of Christ.  For 25 minutes they are stopping, praying, reading, and gazing.  They are staring at a means of death – not just Christ’s but their own, and by gazing on it, they are receiving life.

While we’re talking about long words, let me say another one: Ophidiophobia.  The fear of snakes.  It is actually the second most common phobia in the world.  Nearly a third of adults are believed to have an intense fear of snakes.  It is beaten into second place by fear of siders.  Many of you have heard me talk before about my phobia of choice – heights.  That is the third most common.  But being scared of heights is way more natural than being scared of spiders and snakes.  Literally it is more natural.  Human beings are born with only two fears – loud noises and heights.  All others they must learn.  Somewhere in our childhoods an adult told us snakes are dangerous.  Or maybe they didn’t even tell us, maybe we picked it up before we could even understand words, by observing a parent’s response to seeing a snake – seeing the fear in their faces or the revulsion in how they moved their body.  But however we learned to be scared of snakes, we learned it early and thoroughly.  And wisely, for the most part.

Don’t stroke the mamba.  Good advice.  Snakes and death, death and snakes.  No matter how you say it, it is true.  They go together like complaining and unhappiness.  We usually think that complaining is caused by unhappiness, but ancient Israel discovered the opposite is true – unhappiness is caused by complaining.  We read it in Numbers.  “Why have you brought us up out of Egypt to die in this desert?  There is no bread and no water, and we detest this miserable food.”  How is it possible to look back at slavery with nostalgia?  But unhappiness follows complaining – in this case the unhappiness is an infestation of poisonous snakes.  Many people die.  But many people are healed.  God provides a vaccine, an antidote to the venom, a bronze snake on a stick.

A Bible app called BibleGateway has published its analysis of visitors to its site last year.  So, what do you think was the most popular Bible verse in 2020.  I’ll give you a clue – we just read it.  That’s right.  John 3:16.  Made famous by its appearances at sports events, etched with Sharpies onto dayglo yellow poster board and held enthusiastically behind the heads of commentators.  If there is another Bible verse that is better known than John 3:16, I can’t imagine what it is.  So, come on, you were taught it in Sunday School, it lives in your bones like the Lord’s Prayer does, altogether now: “For God so loved the world that he gave his only Son, so that everyone who believes in him may not perish but may have eternal life.”  Well done.  Have an extra cookie at coffee hour.

Well, I don’t want to rain on John 3:16’s parade, but taken out of context I worry for it.  I think it is possible to make it say something unfortunate, something that John didn’t have in mind when he quoted Jesus.  You see, is there not a little bit of judgment going on – if we surgically remove verse 16 with tweezers, away from its friends verse 15 and verse 17?  Like Mr. Rogers, every Bible verse needs its neighbors.  As I say, I don’t want to pour cold water on 3:16, but the verse that makes me really excited is its neighbor to the right.  3:17.  Take away 3:17 and 3:16 sounds very binary.  There are two groups of people – the saved and the perishing, and we all fall into one group or the other.  Along comes 3:17 and 3:16 appears more nuanced.  There’s more to God than who’s in and who’s out.  In fact, 3:17 leads us to think that God is not about exclusion at all, but inclusion.  That God’s heart is for everyone, that the everlasting arms are open and welcoming and dying literally, so that none may be excluded.  “God did not send the Son into the world to condemn the world, but in order that the world might be saved through him.”

Karoline Lewis, Professor of Preaching at Luther Seminary in Minnesota, shares my unease at taking 3:16 on its own and leaving 3:17 behind.  “Motivations for John 3:16 being one’s favorite Bible verse might be somewhat questionable,” she says. “Does it hang on a wall, appear on a plaque, fly across computer monitors as a screen saver because people really believe God loves the world? Or because they appreciate frequent reminders that they are saved while others are not? Is John 3:16 in peril of losing its voice of promise because rather than being a claim of assurance it’s used as an injunction for judgment? Because rather than being a statement about God’s love for the world it’s a threat to those unwilling to accept God’s love? Because rather than heard as an invitation to participate in spreading God’s love, it’s a summons to exclude those we think God does not love?”  Note that Lewis and I are not being critical of the verse itself, but of some of the people who quote it out of context.

What is your poison?  What is it that kills you?  Anxiety?  Fear?  Anger?  Guilt?  Self-righteousness?  Greed?  We’ve all got our poison, our kryptonite, that thing that trips us time after time, that causes us pain and spoils our relationships.  What is your poison?  What color is your snake – green for envy, red for uncontrolled passion, yellow for cowardice?  Today, let us take the vaccine.  Let us come to the cross of Christ, and let us see there the antidote to the human condition.  “When a willing victim who has committed no treachery is killed in a traitor’s stead, the Table would crack and Death itself would start working backwards”, said CS Lewis.  And he was right.  Because “God did not send the Son into the world to condemn the world, but in order that the world might be saved through him.”