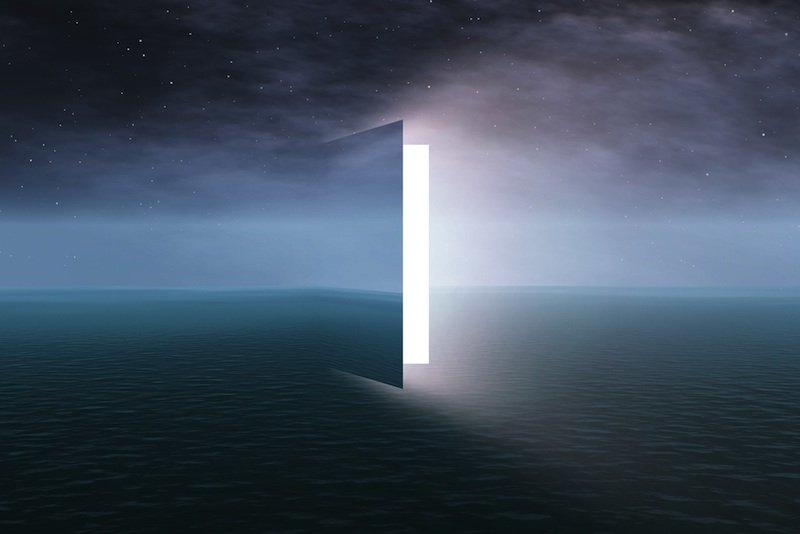 Straddling the Line between Life and Death

If there is one former head of government of any country that I’d like to have a cup of tea with it is the man who from 2010-2015 was President of Nigeria.  He interests me not because of any great laws he passed, or diplomatic successes he accomplished, or any epic peacemaking measures he undertook.  No, it’s the man’s name that makes me want to meet him.  Goodluck Jonathan.  Every time he was mentioned on the news, he made me smile.  Goodluck Jonathan.  He must have lived up to his name because he was elected president.  And he is married to a lady named Patience, which also makes me smile.  And this makes me realize the poverty of Western cultures when it comes to  naming children.  The truth is most people’s names do actually mean something but we usually don’t know what those meanings are, and we only very rarely allow the meaning of a name to influence what gets printed on the birth certificate.  Which is a pity, because how can we live up to our names if we don’t what they are.  I’m pretty sure my parents didn’t know the meaning of Duncan when they saddled me with that.  It is, it seems, Gaelic for Brown Warrior.  Now that I know that I can at least try to see where it touches on my life, and somehow to let it become a prayer and a blessing from my parents.

And then there’s Gazelle.  When she died she took with her the dreams of her church, the hopes of her people, the security of those who needed her.  She was a good and holy woman.  Like the ever-watchful, fleet-footed animal whose name she bore, Gazelle was always on the lookout.  She searched for God’s beloved who were experiencing hardship.  When she discovered one she gave, and she loved, and she demonstrated the compassion of the Jesus she followed.  She was also a skilled worker – a seamstress.  She created garments and gave them away to those who had need.  The community she called home revered her as a saint.  Without her, many on the margins would have lacked the resources they needed to sustain lives.  “Gazelle, live up to your name.”  And she did.  With that name we can imagine her – graceful, nimble, gentle.  With that name we imagine her a humble servant, not wishing to be the object of attention.  With that name we fear she may be too fragile for this world, too vulnerable for a fallen creation where predators stalk, too precious a prey whose untimely death would surely strike.  History does not record how she met that death, what illness snatched her from her people, but we know it was not her time.  This was a tragic loss, a waste of a good person, a death that shook the many who loved her.

And there she lies – Tabitha in Hebrew, Dorcas in Greek, Gazelle in English.  She’s in today’s lesson from Acts 9.  There rests her corpse; there wail her friends; and there stands Peter – on holy ground, straddling a line.

My son, Tim, studied at the University of Greenwich in London.  It uses the Old Royal Naval College on the River Thames for its campus.  It’s a magnificent building, dating from 1696.  It has been the star or many movies and TV shows, and has been designated a World Heritage Site by UNESCO.  And it’s where time was invented.  At least, Greenwich Mean Time.  And passing through the college there’s a line.  It separates the eastern world from the western.  It’s the line of zero degrees longitude.  A favorite pastime of tourists is to visit Greenwich park where the Prime Meridian, the line of 0 degrees longitude, is marked on the ground.  They take selfies there, standing with one foot in the east and one foot in the west.  At night, a laser beam marking the Prime Meridian shines into the sky, so Father Thames and all his children can gaze wistfully at it and nostalgically remember when Britannia ruled the waves.  If you visit London you’ve got to go.  You must stand with a foot in the east and one in the west, and you must hold out your phone and take a selfie.  And if you visit life – real life, true life, the one you can’t actually avoid, the one where you’ll go tomorrow, where your friends and family live, where you work and play, and love and struggle, and laugh and weep, you must stand with a foot on one side of a line and one on the other.  But there’s no taking selfies at this line because it is a place of tension, of struggle, of wrestling.  You won’t be able to hold your phone because you’ll need both your hands.

This line on the floor is a hinge, a boundary, a gateway, a Prime Meridian.  It’s the one that Peter straddled in the attic in Joppa.  On one side is Tabitha’s bed, Gazelle’s bed, the place of death.  And on the other is the land of the living.  On one side is the graveyard of dreams.  On the other the maternity ward of hope.  On one the law of cold hard justice – the salary of sin is death.  On the other is the law of grace – the free gift of peace with God, with people, with yourself, and with all creation.  Peter straddled it because that’s what we followers of Jesus do.  We grasp the hand of God, and resurrection passes through our bodies, across that line to touch the people and situations in the place of death.

I wonder if you’ve stood on that threshold this month, this year.  I know you have because you tell me about it, I read it in emails, I see it in faces, I hear it in voices.  If you’ve straddled that line this week, thank you.  Thank you for being a follower of Jesus, a person of the resurrection, the channel through which God brings life.  O you may not notice it now.  You may have stood there, straddling that line, passing on the resurrection to people, feeling a bit foolish, and fearing it did no good.  But there’s a new law at work.  It mostly works in secret, which is why you can’t see it.  It’s the law of resurrection, and it has been woven into the fabric of the created order.  We see decay, but we also know in our hearts that this fallen world is heading to renewal.  And this glorious law can’t be thwarted.  The Day of Resurrection will come.  Christ is the first fruits, and as he has been raised, so will we.  Is there any reason why we can’t live a little piece of that now?

Maybe you have noticed the place of death recently, and it has chilled you.  You’ve looked at the line and you have been nervous about straddling it.  We don’t want to get too close to what you see on the other side.  The Prime Meridian has been just too daunting, too scary, too powerful.   But, take courage.  We don’t raise the dead, be it a dead dream, a dead relationship, a dead faith, a dead desire.  We merely straddle the line and be the channel.  We do like Peter.  We hold out our hands, receive God’s resurrection and pass it on.

Tabitha/Dorcas/Gazelle is the first, and actually the only, woman in the New Testament to be explicitly called a disciple.  I find it interesting that Luke tells us her name in both Hebrew and Greek.  It must be because she is loved and honored by both of the ethnic groups in her church – the Jewish Christians and the Greek Christians, and each has a name for her because she is special to each of them.  As well as a gazelle, she’s a bridge in her church – a reconciler, a maker of peace, a unifier.  And one more thing about Gazelle.  She lives up to her name, she leaps.  She bounds.  She springs across that line on the attic floor.  The resurrection has come through Peter to her, and now she skips the other way.  From the place of death to the land of the living.

This fourth Sunday of Easter is what the Anglican Communion calls Good Shepherd Sunday.  Every year on this day we read the 23rd Psalm, a passage of John in which Jesus calls himself the Good Shepherd or, like today, where he calls us sheep (in the nicest possible sense).  We also sing some hymns that use that great metaphor, and we remind ourselves that even though we walk through the valley of the shadow of death we will feel no evil for the Good Shepherd is with us and his rod and his staff will comfort us.

I wonder what awaits you this coming week.  Imagine with me for a moment.  What valleys of the shadow of death will we be called and honored to visit?  Perhaps you know already where they are and what they look like.  Perhaps they are known only to God at this moment.  But the chances are we will go to the places of death, and we will be called to straddle the line.  On one side there will be the death of a friendship, the death of an ambition, the death of one phase of a person’s life, the death of innocence, of health, of passion, of vision, of joy, peace, love.  As people of the Resurrection, we dare to straddle the line and allow God to speak through us, to pray through us, to give through us.  It’s the law of resurrection.  God brings to life things that have died.  Futures destroyed by betrayal or rage or exploitation or addiction come to life again.  God is in the resurrection business, and we, his children are its channels.

It’s Easter and we proclaim life.  We celebrate that even in the midst of tragedy and loss, death and evil have been conquered.   We can walk through the valley of the shadow of death and fear no evil.  The heart of God’s creation is now pumping with new life.  Resurrection is energizing us, giving hope to our hearts, transforming our minds, altering our perspective on even the very worst things that life can throw at us.  We are the children of Gazelle, the friends of Peter.  We are an Easter people and our song is ‘Alleluia’.