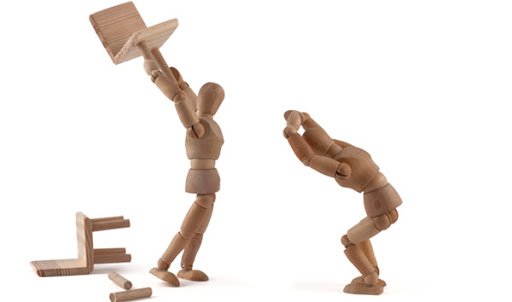 You should be mad at leaf-blowers.

You should be mad your neighbor always wants to hang out.

You should be mad your new smart fridge is unnecessarily complicated.

You should be mad at tech that makes things worse.

If you recognize those lines as being from TV commercials for a certain provider of  financial services, whose lawyers are probably really, really good and therefore whose name I’m not going to mention … and if you think I’m about to launch into a rant about TV ads that tell us we should be angry about things of no consequence, then you’re absolutely right.  Thing is, don’t we already have enough anger about things that really ARE important, without choosing to get worked up about First World Privileges that don’t make us as happy as we want them to?  So, along with global inequality, people trafficking, exploitation of children and disregard of the elderly, racism, environmental destruction, and record-breaking lines at food banks in the wealthiest nation on earth, you should be mad at TV commercials that tell you you should be mad at trivia.

Of course, the ad campaign is meant to be light-hearted – as is my fake anger in response to it.  But there is a serious point here, isn’t there?  We do live in dangerously angry times.  Outrage is the unspoken pandemic.  And it makes money.  News channels that feature angry people attract more viewers and therefore more advertising revenue than channels that don’t.  Viewers then become addicted to their rage and keep the channel on all day, feeding their anger till it becomes so powerful that bad things can happen.  We then spread anger in whatever forum we have, we become hard-wired to create it and consume more of it.  People can even become radicalized into violence.  Anger is destroying our health as well as our national unity and social cohesion.  Constant rage weakness our immune systems and our hearts.  Someone has jokingly wondered how much money we’d save on healthcare as a nation if we’d just stop watching 24-hour news channels.

In my personal Hall of Dangerous Emotions, anger stands in the middle of the podium, with a gold medal round its neck.  For me it beats fear into second place because like many Western people, I am not comfortable with anger; I don’t know how to handle it  – my own or anyone else’s.  It’s why I try to avoid Route 22.

Jesus, though, knew how to handle it.  He didn’t let other people’s anger deter him from doing what was right, and neither did he let his own anger fester inside, unspoken and unheeded, silently causing him long-term mental or physical distress.  If you are as avoidant of anger as I am, then today’s Gospel lesson smacks you in the face.  This event in the life of Jesus disturbs me.  It forces me to look again at gentle Jesus, meek and mild, who wouldn’t say boo to a goose, or even a dove that is being sold in the Tempe precincts.  If you, too, are offended by a Jesus who empties money bowls onto the floor, makes a whip to disperse other people’s animals, and even throws tables in his rage, then we have a lot to learn about the Christ who is all compassion and all zeal.

If you want a Christ who doesn’t have strong opinions about anything, who turns a blind eye to injustice, a deaf ear to the pain, a cold shoulder to the victims; if you want that Jesus – the one who smiles sweetly at inequality, nods pleasantly when goodness is punished, and rocks himself to sleep while evil prospers, then you’re in the wrong Bible story.  Actually, you are in the wrong Bible.  If you want an insipid Jesus go somewhere else, but don’t come to the Temple in the run up to Passover.  Because on this day the gift shop took over the attraction.

They all came that day.  Thousands of them.  Visitors from the country, pilgrims from every province.  And so they should.  It was Passover and tradition demanded that faithful Jews travel to Jerusalem, to sacrifice an animal.  They did it to remember – to recall a miracle – the great night when God led the children of Israel out of their slavery in Egypt.  And here comes pilgrim Jesus to do what the law required.  The day the gift shop took over the attraction.  And this was a thundering attraction.  The entire Temple area measured some 870 feet squared.  The actual place of worship took up about a tenth of the total area.  The rest of the space was made up of outer courts.  So, that’s a football field plus its sidelines, and the stands; and the parking lots.

To the casual visitor, everything that day in the Temple courts appeared normal.  Selling animals, you see, was necessary.  The pilgrims had to offer a sacrifice, and some of them had come hundreds of miles.  So, they were not going to bring their own animal.  No, simpler and easier to buy one at the Temple.  So, the merchants were just  providing an essential service.

And those moneychangers.  They too were important.  This morning we’ve read the Ten Commandments in the lesson from Exodus.  And number two, you remember, prevented the Jewish people from crafting an image – an image of God or a person or an animal.  But there was a problem.  The Roman coins that were used to buy and sell in occupied Jerusalem bore the image of Caesar.  So the faithful Jew would not and could not walk into the temple precincts, of all places, and buy a dove for the sacrifice  with regular currency.  You couldn’t bring a graven image into the Temple.  They had to change it for Temple coins that bore no image.  So the moneychangers, changing the blasphemous Roman coins into image-less money, are doing a vital job.  So, what’s the problem with Jesus that day?  What did he see that filled him with indignation and pushed him over the edge?  Well, there was more than honest trading going on that day when the gift shop took over the attraction.

There was also profiteering.  There were unscrupulous traders who were ready to exploit the captive market.  Apparently, the cost of a sacrificial animal inside the Temple precincts could be fifteen times its cost in the regular marketplace. When the gift shop takes over the attraction extortion comes along for the ride.

The other reason for Jesus’ anger was the exact location of these transactions.  The precincts of the Temple – the outer courts – the court of the Gentiles.  The Temple was divided into three parts, and each could be used by a different group of people.  Gentiles were limited to the outer courts – the very place where the traders set up shop.  Gentiles couldn’t go anywhere else.  So, they were forced to worship in a cross between a cattle market and a currency exchange.  Long before Apartheid and Jim Crow, Jesus threw tables at the sin of segregation.

Anger is our fickle friend.  Anger is God’s gift.  Only mind what you do with it.  In the words of Aristotle, “Anybody can become angry – that is easy, but to be angry with the right person and to the right degree and at the right time and for the right purpose, and in the right way – that is not easy.”  Anger can be a powerful energizer for good.  Righteous anger, holy anger, Jesus’ anger forces us off the couch and onto the street, to pray, to write, to march, to work for change.

It’s anger that inspired the prophets of old to speak truth to power, Jesus in the Temple to overturn tables, and men and women in these days who say ‘enough’ when the innocent suffer, when goodness is desecrated, when justice is denied.

Now, there is another kind of anger – the kind that wakes up when it doesn’t get its own way, or when it feels slighted, or when it is stuck in a traffic jam or when someone in a call center is having a bad day, or when it believes its privilege is threatened.  But that is not worthy of us – the people who model our lives on Christ.  Sometimes I like to kid myself that my anger is the righteous kind.  Occasionally I feel anger and pretend that I’m feeling it for the sake of the poor, the marginalized, the victims, the suffering, when actually I’m more concerned about being right.  My anger at people I disagree with is not so much about whether God’s will is being done; it’s about me owning my opponents, comforting myself that I am logical, reasonable, and Christlike and those others are just wrong and bad.

I wonder where Jesus would go today in order to address sin and injustice.  Whose tables would be toss, what forum would he trash?  One immediate response might be – the places of worldly power – The UN, or the G12, or national or local buildings of authority.  That, we can be tempted to believe, is where the power lies, where the sin occurs, and where God’s withering anger should be unleashed.  But read this story again, and you might be shocked.  Because Jesus did not go to Rome to call the powerful to do right; he didn’t stand before Pontius Pilate and demand justice; he did not trash the local garrison of Roman soldiers.  When Jesus threw the furniture it was in God’s house.  When he called people to account for their conduct, he went to church.

The tables Christ might turn over today are ones in churches that are more concerned with power than with justice, with law than with mercy; more focused on material goods than spiritual treasure; more interested in human kingdoms than God’s.  Hey, Jesus might even throw the furniture at St Paul’s.

May we live humbly before God; may we look at ourselves before we judge those outside the church; may we feel God’s righteous anger for the victims of injustice and the systems that degrade human beings; and may we be angry with the right people for the right reasons.