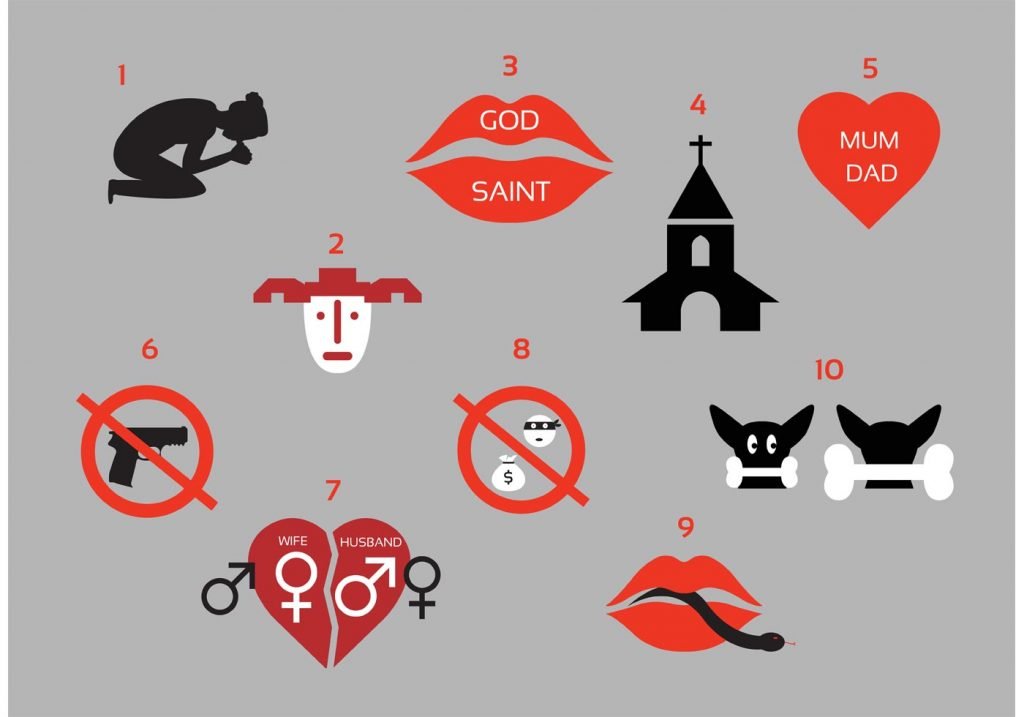 Take Two Tablets and Call Me in the Morning

What’s on your phone?  I mean, what’s your favorite app?  Obviously, it’s one with the purple icon with the white cross on it, which is the St Paul’s Westfield Church app.  What’s your second favorite?  Because there are some intriguing ones out there.  Many you never even knew you needed.  Like “Fake Call”, which does exactly what it says on the tin – it simulates an incoming phone call.  And you operate it by simply moving your phone.  So, when your lunch date is going really badly or when you have had as much as you can take of your work colleague’s stories of how they spent their weekend, you just discretely touch your phone, and a few seconds later it will ring.  You then answer it and you fake an emergency.  “Oh no”, you cry.  “The dog has chewed up my daughter’s homework, a freak tornado has taken the roof of my house, my boss has discovered a nest of bees in my desk and needs me to go into work immediately and help remove it.”  So, you make your apologies, take your leave, and rush to your car saying, “Thank you, Fake Call.”

Then there’s the “The Confession App”. You open it, choose the type of confession you’ll be making, and you are taken to a page headed “Examination of Conscience”.  It’s based on the Ten Commandments and divided into different moral areas.  Tap one of those areas and you’re given a list of possible sins.  You then check off the ones you’ve committed since your last confession, and you take your phone into the confessional booth as an aid to what you should say to the priest.

Of course, the original confession app was downloaded on tablets of stone a few thousand years before smartphones. Sure, they’re analogue, and many people might call them out of date, but you can log in by simply opening your Bible to Exodus 20, today’s Old Testament lesson.  Yet, when it comes to popularity, the Ten Commandments have taken a bit of a beating in recent generations.  Just the words can stir unwelcome feelings in our hearts – guilt, shame, fear, or even the dread sense that God is watching us, to check that we’re behaving ourselves, and will punish us if he finds we are not.  So, if Christians like us can have an adverse reaction to those three words, you can understand why they have fallen out of favor with the general population.  As part of the marketing for the 2007 animated film The Ten Commandments, the studio Promenade Pictures quizzed 1,000 people on their knowledge of the Commandments versus the ingredients of a Big Mac.  And Moses took a shellacking.  Eighty percent of respondents knew the Big Mac has two all-beef patties while just 50 percent knew that “You shall not kill” is a commandment. 69 percent knew that You shall not steal is in there, but 76 percent knew a Big Mac comes with lettuce.

So, we can wonder why we persist with the 10 Commandments.  What are they for?  What’s the point?  Well, let me tell you what they are NOT for.  They are not for slavishly trying to follow.  “What?  Did the priest just say we shouldn’t try and keep the 10 Commandments?”  Well, yeah, actually, that is what I said.  For two reasons.  First – we can’t succeed.  I can’t even get through one day keeping all ten let alone a lifetime.  I am feeling pretty confident that today I will not kill anyone.  I’m also feeling bullish about my prospects of not stealing from someone.  And I fancy my chances of getting through the day without breaking number 7 (do the math.)  I could also smugly throw in the fact that today I cannot break the one about keeping the Sabbath holy because today is not my Sabbath – today is a workday for me.  So, there are four that, forgive me if this sounds self-righteous, I’ve got a decent stab at keeping before I climb into bed.

But what about the other six?  Will I consistently have a respectful and honoring attitude towards my late parents, all day?  Will I utter the name of God in an off-hand or careless manner?  Will I hide the truth behind a form of words that while not being a downright lie is intended to give a misleading impression?  Will I look at someone else’s lifestyle, or their health, or their youth, or their personality, or their talents, or their belongings and secretly wish I possessed them?  Will I place something, some material object, or some experience as a higher priority than God, even if it is just for a few seconds?  Will I worship something else?

Hmm.  Those six I’m not so bullish about.  And even the four I said I was confident I can keep today – am I really so flameproof?  I may not actually kill anyone, but when I read Jesus saying that when I call someone a fool I’ve killed them in my heart…; and when he says that when I look at a person with lust then I’ve committed adultery in my heart…; and when I consider that although today is not MY Sabbath it is for many other people and I may cause them to work on their day of rest…; and when I consider that I’m part of a global economic system that daily steals from the world’s poor and that I benefit from that; then am I really so confident I will keep any of the 10 Commandments today?

So, trying to slavishly keep the Ten Commandments will only result in disappointment at best and shame at worst.

And the other reason we should not try to keep them is that the Bible says we shouldn’t.  No, really, it does.  Paul takes great pains to state that Christians are not under the Old Testament law.  We are not put right with God by keeping it.  We are not to place ourselves under the tyranny of trying.  Instead, Jesus tells us to follow just two laws – Love God with all your heart, soul, mind, and strength; and love your neighbor as yourself.  That’s all.  Now, of course, if we do these two things we will by happy coincidence keep all 10 Commandments, but there’s a difference.  We will be keeping them out of love; not a slavish desire to impress God.  And what better motive can there be for anything than love?  So loving God and our neighbor, rather than trying to keep religious laws, must be our magnificent motivation.

The Ten are a mirror.  Mirrors don’t change us.  They don’t make us more beautiful.  They can’t alter reality.  All a mirror does is show us the truth.  They tell it like it is.  They help us see how we need to improve, but they don’t give us the power to do so.  That power comes from another source – our determination to come to the one who can change us and be made ever more like his Son.

A fancy term for the Ten Commandments is the Decalogue – literally 10 words.  Good things often come in small packages.

“God so loved the world”: 5 words
Pythagoras’s theory: 24 words
The Lord’s Prayer: 66 words
The Gettysburg Address: Just 286 words
The Declaration of Independence: 1,300 words
The Government’s regulations on the sale of cabbage: 26,911 words.  Proving what we all know – there’s a reason why God did not give the Ten Commandments to a lawyer.

Like a strand of gold running through a pearl necklace, there’s a thread connecting the ten pearly commandments.  There’s a theme, an ethic, a story that links all ten.  Honesty.  Authenticity.  Integrity.  Being who you are, saying what is true, being transparent, humbly laying out your thoughts, your faith, your personality, and your character for people to see.  In a way this is part two of a sermon that began last week.  The need to be authentic.

The person who is authentic will be honest in their relationships.  That takes care of Commandments 5-10 – no cheating, lying, exploiting, no ulterior motives, no breaking promises, no secret obsession or desire for others or their things.  And this person will be transparent in their relationship with God, which takes care of the first four commandments.  So, there we go.  All ten summed in a phrase – have integrity in your dealings with God and people.

Maybe the hardest person to tell the truth to is yourself.  Somehow it’s easier to say it to God.  But to tell yourself the truth is really hard, and if you do that then you may have to change.  What are these truths that people find so desperately hard to say to themselves?  ‘You’re too dependent on life’s trivia.  Your values are shallow.  You’re losing your grip on what’s really important in life.  You’re an addict.  Your relationship needs urgent attention.  Your performance is slipping.  You’re hurting yourself.  You’re starting to believe your press.  You are not as perfect as people think you are.  You’re not as bad as people think you are.’  These are harsh truths.  But how much better is it that we say them to ourselves before someone else says them to us.   Because you know what?  You will know the truth and the truth will set you free.  Lies don’t do that.  Carefully chosen words that are intended to mislead without actually lying don’t do that.

So, maybe we should rename them.  The Ten Integrities.  The Ten Characteristics of people whose lives are open to God and transparent to their fellow humans.  The Ten Portraits of God’s Child, fearlessly living the way God intended without shame or sham.  I like this.  Because it turns these ten words from the dead, legalistic burden that they became in the life of God’s Old Testament people, into tools that help us live lives of liberation.  This is Good News.  I’ve called them a mirror, and I’ve named them a pearl necklace.  And there’s one final thing they are.  The Ten Commandments are a sheep in wolf’s clothing.  They appear fierce, they look like they’ll devour us, but in fact they calm us and free us because they drive us to God.