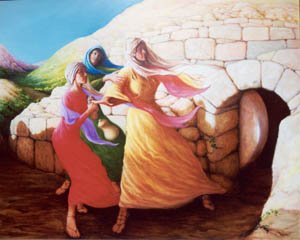 Call me weird, call me macabre, but I find cemeteries fascinating and beautiful.  I know how to show people a good time.  No, really, where else can you find such a revealing collection of stories, such a library of local history?  And where else can you find the glory of man-made beauty – the skilled art of the stonemason breathing life into dead materials, flourishing next to the natural beauty of mature trees, manicured lawns, and rhythmic hills, such as in our town’s cemetery, Fairview.

It’s also possible, if you know where to look, to find humor in cemeteries.  Take these epitaphs on gravestones, for example.

Under the sod and under the trees

Lies the body of Jonathan Pease.

He is not here, there’s only the pod:

Pease shelled out and went to God.

A lawyer’s epitaph in England:

Sir John Strange.  Here lies an honest lawyer, and that is Strange.

Lester Moore was a Wells Fargo employee in Arizona in the 1880’s. He’s buried in the Boot Hill Cemetery:

She always said her feet were killing her, but nobody believed her.

In a cemetery in Hartscombe, England”

On the 22nd of June Jonathan Fiddle went out of tune.

Gone away, Owin’ more than he could pay.

Here lies a poor woman who was always tired.

She lived in a house where help was not hired.

Her last words on earth were: “Dear friends, I am going

Where washing ain’t done, nor sweeping, nor sewing:

But everything there is exact to my wishes.

For where they don’t eat there’s no washing dishes…

I’m going to do nothing for ever and ever.

One of my most memorable trips to a cemetery was in Highgate in North London.  There are many famous people buried in Highgate Cemetery, but it was its most famous resident that I went to visit.  I studied the map of the graveyard; found the location of the plot I wanted and made my way through acres of marble testimonies to the lives of the dearly beloved.  It was a forest of angels, crosses, and symbols of every kind.

Eventually I found the grave I was looking for.  It wasn’t hard to miss.  I could see in the distance a small congregation of people gathered around what I assumed must be it.  As I made my way to join them, I wondered why these others were there.  No doubt, some, like me, came out of curiosity.  There was not much else to do in the North London suburbs on a dank Thursday afternoon, and admission was free after all.  But it was clear that some of our number had come for more compelling reasons.  For them this was a spiritual enterprise.  They were on a pilgrimage.  They were there to honor, to pay respect, even to worship at the earthly remains of a man of principle and learning, whose ideas had won many millions of devotees and changed the course of history.  The symbols of devotion  surrounded his bust – flowers lovingly placed, letters and cards adoringly written and taped to the marble.  I stood in silence, not in adoration or with the belief that I was in a holy place.  Indeed, the occupant of this grave would have been spinning six feet below if he had known that his burial spot was considered holy.  This was the mid-1980s.  The Berlin Wall was still intact, although the seeds of peaceful revolution were germinating in the youth of Eastern Europe and that sense of rising discontent could be felt even in London.  And as I stood and watched the small huddle of true believers staring up at the image of Karl Marx, I felt a chill which was more than the London air.  I sensed a sadness and a heaviness.  And my mind turned to another Messiah – not a political one, whose time was ending, and whose ideas even as I stood there were being exposed as well-meaning but unworkable.  No, the Messiah that came to my mind still commands devotion and adoration, after 2000 years.  His ideas are as fresh and transformative as they ever were, and his followers around the world are growing by the day.  A messiah whose vision of life-as-it-could-be has never been bettered.  Whose ethics remain unsurpassed after two millennia, and who still exists as the ultimate example of a life lived in all wisdom, beauty, and goodness.  A messiah whose name has become associated with all that is best in the human race.  And that’s not all.  For as I stood in front of people who were mourning the passing of one man’s vision, a man whose bones lay beneath our feet, I was inspired by one further thought.  Friends, the man we worship has no grave.

Like your landlord becoming your lodger, like Beethoven queuing for a ticket to his own concert, like a school principal being given homework, like Rembrandt painting by numbers, like the ultimate Undercover Boss God lived among us.  Like a farm animal going to the slaughterhouse, God went silently, passively, to his violent death.  Like women who had lost their purpose for living they made their way to a tomb to put spices on a corpse.  Like men who saw no point in going on they sat around aimlessly in an attic.  Like people whose dreams and hopes had been crucified and buried they skulked around trying to make sense of it all.  Like the close friends of a man whose life had been senselessly snatched away at a young age they were shocked, confused, remorseful, in denial.

Like scheming political campaign managers, the authorities assessed the fallout and pondered a job well done – a troublemaker out of the way, an unstable extremist disposed of, civil unrest averted.  Like fickle children swearing endless friendship one moment and breathing eternal hate the next the ordinary citizens got on with their lives, moving on from another false dawn and wishing they hadn’t been so gullible a week earlier.  Like a man who had performed the most treacherous act of betrayal in a world full of broken promises, a wretch wished he had never been born and tied a noose around his neck.  Like a goal-kicker who had just scored a last-second field-goal to win the Superbowl the forces of darkness celebrated with uncontrollable glee.  They had killed the Son of God.  The light snuffed out, goodness defeated, death victorious, evil triumphant.

That’s how it was as awful Friday drifted into desolate Saturday and on into the dawn of another pointless day.  But God had other plans.  Turns out the occupant of that tomb was only borrowing it for the weekend.  Friends, the man we worship has no grave.

Every three years we get to read Mark’s version of the death and resurrection of Jesus.  And it’s not what you’d expect.  Here’s how the Gospel lesson ends: “So the women went out and fled from the tomb, for terror and amazement had seized them; and they said nothing to anyone, for they were afraid.”  What?  Surely some mistake.  Where’s Jesus?  Where is the victory over death, the triumph over the grave?  Where are the stout hearts and joyful spirits?  Where are the alleluias?  Where are the jugglers and the elephants?  Sure, there’s an angel, who tells the Marys and Salome that Jesus has risen and then gives them the task to go and report it the disciples, but those aren’t the last words in the reading.  The final words of the final sentence of Mark’s gospel are ‘they were afraid’.  The man we worship has no grave, Mark, come one, act like it.  Get us excited and full of missionary zeal so that we go out and cascade the good news over this decaying world.

The whole order of the cosmos has changed – death has been reversed, and people are frightened and bewildered?  This will not do.  Where’s the real ending?  Where’s the victory, the glory, the joy that Matthew, Luke, and John end their Gospels with?

Well, some early Christians couldn’t live happily with this ending.  If you go to any Bible, you’ll see that some folks came a long later and added a more joyful ending to Mark.  But today we’ve read the original version.  Scholars have spent more time and grey matter than they should have pondering why Mark left his Gospel on such a downer.  Terror and silence instead of joy and proclamation.  Maybe he got interrupted, like a composer who leaves an unfinished symphony.  Maybe soldiers burst in and arrested him before he could give us the inspiring final chapter.  But I have a better theory.

Mark was not suddenly laid low by a life-ending illness, he wasn’t violently interrupted by the Roman police.  And neither did he lose his faith in the resurrection and became unable to write about the joy of the risen Christ anymore.  No.  Here’s what I think.

Mark ends his Gospel prematurely because he’s thinking of you and me.  Mark begins a relay race.  He has run his lap with brilliance.  He has done his job perfectly.  He has told the story of Jesus up to his resurrection, and now he is finished.  There is more to be written, but not by him.  Instead, he has passed the baton to us and said, “You finish it.”  The tomb is empty, Jesus is alive, now what?  How are you going to finish the story?  Fear, silence, bewilderment?  Or are you going to pen a better ending?  One where you personally encounter the risen Christ, where you have your fear of death and your fear of life, gently soothed away, where your worries, your anxiety, your insecurities, are embraced and loved and changed into peace, and joy, and courage?   And then will you continue the relay?  Will you pass the baton to others?  What will you write?  What’s the ending to your gospel?

The man we worship has no grave.  And neither do we.  Not really, not eternally.  Because of the empty tomb, we have begun again.  We have a blank manuscript.  So, let’s get writing.  How is your story going to end?  Here’s what I think.  As we move towards the end of the pandemic, you and I are going to live resurrected lives.  We will be messengers of hope to those around us.  We’re going to be heralds of peace and justice.  We’re going to emerge from the mini-death that has been the pandemic, and we are going to be different people – more compassionate, more intentional, with better priorities, clearer perspective of what is important in life, and a passion to impact our world with the good news of the God who has defeated evil and death and now lives in us writing a new, exciting, inspiring message for the benefit and joy of all around us.  The man we worship has no grave.  And neither do we.