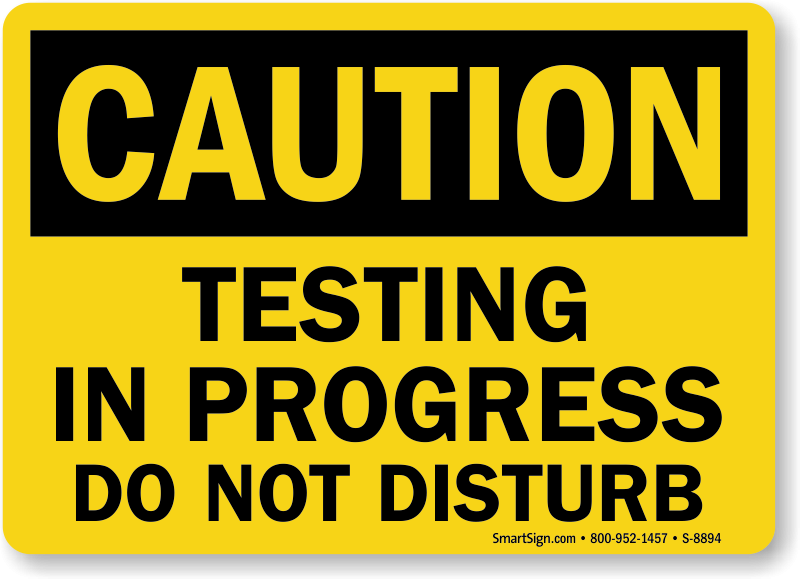 From Egypt to Eden 4: Testing, Testing

From Eden to Egypt: 4

Last year, Russian pianist Elisey Mysin strode onto the stage of a concert hall about 600 miles east of Moscow.  He smiled at the audience that had squeezed into the arena.  He was immaculately presented, his waterfall of blond hair contrasting dramatically with his black tuxedo.  He settled onto the piano bench, rested his hands on the keyboard and nodded to the conductor.

The orchestra began and soon Mysin was absorbed in delivering Mozart’s “Piano Concerto No. 3 in D Major”, with, according to one critic, an “incredible sense of style and interpretation.”

At the end of his performance, Mysin received the huge standing ovation that he deserved.  Many bouquets of flowers and an encore later, Mysin walked off the stage, and into the arms of his mother, who took him home, read him a story and tucked him into bed.  Mysin, you see, was only eight years old.

Some of us try all our lives hoping to reach the dizzying heights of mediocrity.  And for us, kids like Mysin seem like cheats.  We mere mortals sacrifice years of blood, sweat, and tears just to do something well enough to make a living out of it, and it just doesn’t seem fair that some kids are prodigies.  They don’t have to try as hard as the rest of us, and it just doesn’t seem right.

The existence of Mysin and his fellows who don’t have to try very hard, presents a problem for Malcolm Gladwell, the philosopher.  Gladwell has come up with a theory he calls the 10,000-hour rule.  He claims that anyone can achieve world-class brilliance at a given task simply by practicing it for 10,000 hours.  So, he says, if I spent 20 hours a week practicing golf I would be a world class golfer in just ten years.  Two things.  Malcolm Gladwell has clearly not seen my golf swing, and neither has he met Elisey Mysin.  Because Elisey Mysin had only been on this earth for 70,000 hours when he played that concert.  Subtract 27,000 for sleep, 6,000 playing with teddy bears, 2,000 listening to bedtime stories, 2,000 having baths, 2,000 watching the Disney Channel, 5,000 asking, ‘why’ and ‘are we there yet’, and let’s say another 18,000 for playing soccer, learning his multiplication tables, fighting with his brother, and building snowmen (don’t forget he’s Russian), and that leaves just 8,000 hours in which he could have been playing the piano.

Conveniently, Gladwell says that the 10,000-hour rule doesn’t apply to sport or music. The point is simply that natural ability requires a huge sacrifice of time in order to be realized.

Ask Abraham about sacrifices.  But instead of investing time, he is called on to make a different offering – a gut-wrenching, heart-breaking, mind-exploding offering.  It’s Week 4 of our summer sermon series, From Eden to Egypt, in which we are following the epic story of God’s people from creation to the Exodus.  And we’ve reached one of the more famous episodes in the saga.

It took just four weeks for me to regret starting this sermon series.  Because God calling Abraham to sacrifice his son, Isaac, is a deeply disturbing story.  When I was young it challenged me.  I remember acting it out in a church service one morning.  I played the role of Isaac.  At least I wasn’t the ram.  And it challenged me because in my adolescent zeal for God, I was impressed by Abraham’s faith.  I was moved by his courage.  I was spurred on in my spiritual life by his single-minded, whole-hearted devotion to God, that he would kill his child if God asked him to.

Now, though, as an adult, I’m challenged by something else.  Can this really be God?  Demanding child sacrifice?   As thoughtful Christians, we can’t just ignore that question.  So, let me tackle it in a roundabout sort of way.  There’s a word in this reading from Genesis that unlocks it.  It is a key to the treasure chest that is this story and our story.  It is the second word in the reading.  It has six letters.  It is ‘tested’.  God tested Abraham.  That is the context of God’s instruction.  On a basic level, God seems to be in favor of child sacrifice, but at a deeper level, God already knows how Abraham will respond, and he will stop him at the last moment.

Why does God ask Abraham to do this?  Well, it’s not for God’s sake.  It’s not like God needs to find out how Abraham will respond.  God already knows.  He is fully aware that Abraham is up to the task of being the founder of a great nation.  He is certain, because he’s God, that Abraham would sacrifice Isaac if God told him to.  So, if this command is not for God’s sake, it must be for Abraham’s sake.  God doesn’t ask us to go through times of trial to discover how we will cope – he already knows how we will cope.  He leads us through troubled times so that we will discover how we will cope.  Through our tests we learn rich, deep, liberating, vital truths.  Trials are the places where our theories about God and our beliefs about ourselves are proven to be true.

Before we suffer, our faith that God is good is just a theory.

Before we suffer, our faith that God will never leave us is just a theory.

Before we go through the time of trial, our belief that God has a grand future for us, is just an idea.

Before we experience the pain of the test, our faith that God will support us is just our point of view.

When we are tested we find proof that we are God’s beloved, we see with crystal clarity that God is faithful and won’t abandon us, we come to understand where we are vulnerable.  Like gold in a refiner’s fire, we are tested to make us stronger, to rid us of impurities, to learn that in God’s strength, we are going to make it through.

I’m mean, just look at yourself.  Four months ago we were so powerless, uncertain, anxious.  We knew that there was an epidemic coming.  And for these months we wrestled with deep questions about not just God, but about ourselves.  Do I have what it takes to get through this?  Mentally, am I strong enough to cope?  Is my faith big enough to survive a pandemic?  Will I lose my faith or my sanity?  Well, four months later – here you are.  You have faced a test of your faith, and you have survived.  God’s healing, soothing Spirit was with you all the time, protecting you and training you and making you ready for the glorious future you have in him.  Of course, the pandemic is not over.  We still have concerns about what will happen in the months before a vaccine is widely available.  There will still be times of great suffering ahead, perhaps even for our region after all the misery it’s caused and the amazing discipline and sacrifice we have made to get to where we are today.  Our test hasn’t finished.  There are still a few more questions on the exam paper. But here’s what we know.  In these past few months God has tested your faith and shown you it is genuine.  He has shone a light into your life and you have been able to see, maybe for the first time, how much resilience you have, how strong your hope is, how much God protects you and resources you.

Look at how your life has changed for the better in the last four months.  No, really, I mean it – look at your life and see what God has done for you.  Spot the new attitudes you have, the new habits you have formed, the new truths you have discovered about God and yourself and the world around you.

Here’s a couple of things that immediately come to my mind.  My perfectionism and my obsession with my performance.  (It took me three rewrites of this paragraph about my perfectionism.)  You see, we clergy live in this strange world, where it’s not really possible to assess how well things are going by obvious measures – like money and attendance.  Some of the greatest churches are flat broke and some of the most brilliant congregations are tiny.  Look at Jesus – three years of hard work and when he died he only had a handful of followers.  But like most clergy, I struggle with questions of productivity.  What do I have to show for today?  Who’s life is different because of something I did?  How many people were converted when I preached this morning?  How big was the offering?  You see, the marks of productivity in most areas of work – sales, money, numbers of customers – don’t really work in church.  And this is one of my learnings in these months.  There’s nothing quite like preaching to an empty church on Sunday to tell me that I shouldn’t find my happiness in the average Sunday attendance.  I’m learning that productivity in God’s kingdom cannot be measured by attendance or the usual trappings of success.  Most mornings I have prayed for every active member of the parish – the many hundreds who are on our mailing list.  By name.  And once a week, I have usually prayed, again by name, for the master list of everyone that St Paul’s is in some sort of electronic contact with.  That’s over 3,000 names.  Most of them I don’t recognize.  It takes over an hour.  How do I measure my productivity?  I can’t.  I just don’t know what God has done by my prayers for our parish.  I’ll probably never know.  So, that is what I’ve been learning in the time of testing – my performance need not be measured, I just need to be faithful.

When I began preparing for this sermon on Monday I thought it was going to be about sacrifice.  I was going challenge you into thinking about what God might be calling you to give up in order to be a more faithful follower of Christ.  But, somewhere during the week, I came to realize that the story of Abraham and Isaac is not really about sacrifice, but about how God tests us and changes us and prepares us for future tasks through events that threaten to break us, that look like they’ll end our dreams and shatter our lives.

The testing continues.  This summer will be hard.  The autumn and winter may be even harder.  So, grasp hold of the truth that through our testing we will grow – in wisdom, in character, and in opportunities to change the world with the love of Christ.