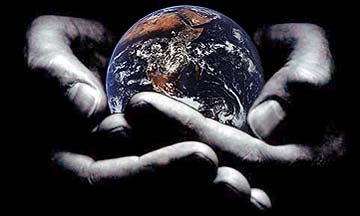 So, what did you get for Christmas?  And did you need to assemble it before using it?  Well, if you did I hope the instructions were easier to understand than those that accompany a Dragon Ball Z action figure.  MEME here

Indeed, on this third day of Christmas, may your pre house the seamy side always volitation.  And a Happy New Year.

Words can be so very inadequate.  When all you use are words you risk being misheard or misunderstood or mistranslated.  Words have incredible power.  They can build up or tear down, bless or curse.  Used out of context, a perfectly innocent word can cause great offense.  Words raise our emotions and calm our hearts; they can inspire or deflate.  But, words are hopelessly irredeemably, eternally inadequate.

This is especially true in email and texts.  Who has not read an email and wondered what the writer really meant to communicate – Anger?  Annoyance?  Humor?  Irony?  Or what?  The phone is better because at least you have volume and tone to help you understand the meaning of the words, but even that can be faulty.  Face to face communication is better yet.  When you’re looking at your conversation partner then you don’t merely rely on words and tone of voice; you have body language and facial expressions which convey more than the words.  Twelve months ago, I’d never heard of Zoom.  Now I prefer it to the phone because it just helps to see the person you’re talking to.

A few years ago, when I taught preaching skills to future clergy in the Diocese of Central Pennsylvania, I would tell them the terrifying truth, discovered by Albert Mehrabian of UCLA that communication is 55% body language, 38% tone of voice, and just 7 percent actual words.  So, a preacher can have the greatest sermon ever written, but if their face, hands and voice are not involved in communicating that message, then people are only going to receive about one minute of that 15-minute sermon.

We don’t need just words, we need a person.  So, rather than the toy company telling you how to assemble the action figure, how much better would it be if the designer of the toy actually turned up at the house and showed you how to do it?  That’s real communication.

Owner’s manuals, and troubleshooting Web sites are helpful but they cannot take the place of a human being.  I must admit most of the time I don’t even bother to read them.  I’m so keen to use my new gadget that I try to assemble it with no help.  And, when it’s all put together, I’m left with a nut and a bolt that don’t seem to belong anywhere.

So it is no surprise to learn that Marketing experts, customer service consultants and corporate executives agree on the phenomenon.  I found a quote from a director of technical information at Canon, who says, “There’s no question that people are averse to reading the full instruction manuals, That’s a given these days.”  And so I say to myself – read the manual.

It’s the same in the Christian life.  Many of the questions we ask on our journey through this world are answered in scripture.

How can I have a relationship with God?

How can I find peace with myself and other people?

How should I respond to fear?

What should I do when someone hurts me?
How can I make a fresh start?
How can I be happy in my relationships?

Is there more to this life than money, work, leisure and people?
You’ll find the answers to all these big questions in scripture.  But let’s not pretend that Bible has every answer to every question.  It doesn’t.  It doesn’t tell me what career to follow, where to go on vacation, where to live, what to buy, whom to share my life with.  That is all beyond the Bible’s job description.

Neither did he merely send a messenger to represent him.  God didn’t stand on the edge of heaven and shout “I love you” very loudly, or tap out Morse code, or wave semaphore flags, or any of the other ingenious ways human beings use to express their thoughts and feelings.  When God wanted to tell us he loves us he took his Word and made it human.  “And the Word was made flesh and dwelt among us.”  That’s how John puts it in the gospel reading this Christmas morning.  “In the beginning was the Word, and the Word was with God, and the Word was God.  He was with God in the beginning.  Through him all things were made; without him nothing was made that has been made.  In him was life, and that life was the light of men.  The light shines in the darkness, but the darkness has not understood it.  The Word became flesh and made his dwelling among us.”

Now I don’t like to get all technical with you about the Greek New Testament, because most of the time I don’t know what I’m talking about.  But I think the word ‘Word’ in John chapter 1 does need explaining.  You see, in ancient Greek thought the word ‘Word’ meant more than just word.  It stood for the Big Idea.  We kind of use it the same way when we say, ‘what’s the word on the street?’  We don’t mean what is the literal one word that is being said on the street.  We mean ‘what’s the story, what’s the news, what’s happening’.  So, when John writes “In the beginning was the Word”, he’s really saying “in the beginning was the Big Idea.  And the Big Idea was with God, and the Big Idea WAS God.  And the Big Idea became flesh and dwelt among us.

It is February 15, 1921 in New York City. We‘re in the operating room of Kane Summit Hospital. A doctor is performing an appendectomy. In many ways things are entirely normal. The patient has complained of acute abdominal pain and the diagnosis is clear: an inflamed appendix. Dr Evan Kane is performing the surgery. In his thirty-seven-year medical career, he has performed nearly four thousand appendectomies, so this surgery will be uneventful – except for two things.  The first novelty is that local anaesthetic will be used in major surgery.  Dr. Kane is a crusader against the hazards of general anaesthesia and argues that local anaesthetic is safer. Many of his colleagues agree with him in principle, but for them to agree in practice, they will have to see the theory applied.

Dr. Kane searches for a volunteer, a patient who is willing to undergo surgery while under local anaesthesia. Many potential volunteers are squeamish at the thought of being awake during their own surgery. Others are fearful that the anaesthesia might wear off too soon and leave them on the operating table in excruciating pain. But, after days of searching, Dr. Kane finds a candidate and on Tuesday morning, February 15, the historic operation takes place.  The patient is prepped and wheeled into the operating room. A local anaesthetic is applied. As he has done thousands of times, Dr. Kane begins surgery and locates the appendix. He successfully removes it. During the procedure, the patient complains of only minor discomfort. The volunteer is taken into post-op, then placed in a hospital ward. He recovers quickly and is discharged two days later.  Kane has proven his theory thanks to the willingness of one brave volunteer.  That is the first unique thing about this operation: the use of local anaesthesia. The second is the identity of the patient. The courageous candidate for surgery by Dr. Kane was Dr. Kane.  To prove his point, he operated on himself!  The doctor became a patient to convince the patients to trust the doctor.  And in the same way, at Christmas, God became human to bring humans to God.

Of course, it wasn’t as a little baby that Jesus brought people to God.  It was the whole package – his birth, his life, and most supremely his death and resurrection.  Death is not a pleasant thing to think about – especially during the celebration of a birth.  And yet, the smell of death hung over the stable that night and throughout the baby’s first couple of years.  Fast forward to the visit of magi and those gifts of gold, frankincense, and myrrh. Myrrh was used to embalm dead bodies.  Strange gift that for a baby.  The whiff of death literally lingered in that stable.  Fast forward a little bit more to a jealous and fearful King Herod as he ruthlessly orders the murder of baby boys in the vain hope of killing the King of Israel.  This baby and death appear destined in some way.  The stable is not complete without Calvary.  The manger is not fulfilled unless we see on the stable-floor the ominous shadow of another wooden structure, more terrible than we can imagine.  It was to die he came.

When God told us he loved us it was in a way that we could not misunderstand, God took the Big Idea, implanted it in a young woman, protected it for nine months plus 30 years, and day after day God fleshed out the Big Idea.

It’s day three of Christmas.  In the midst of the three French hens, the leftovers sandwiches, the glow of your family’s love, look up and see the Word made flesh.