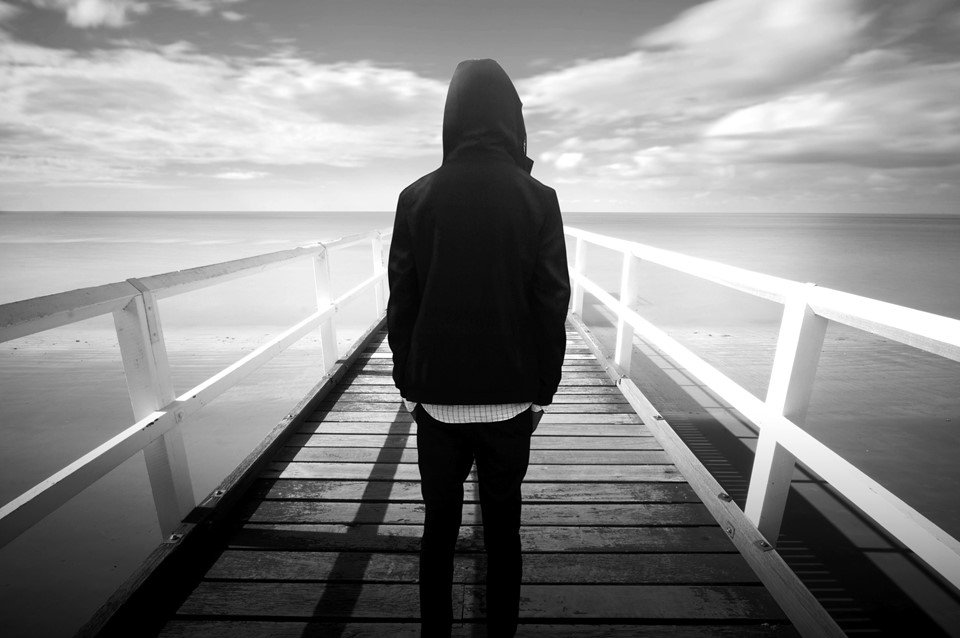 The Club of the Broken

I’ve been trying to think of a name for today.  The 19th Sunday after Pentecost seems too humdrum.  In the Christian calendar, it’s no one’s saint’s day, it’s not a special day of celebration, but with that Gospel reading, I think today deserves a unique title.  So how about “Uh oh Sunday”?  Or “Did Jesus really say that Sunday?”  Or the Feast of “Maybe I should get the Assistant Rector to preach today.”  Or the First Sunday in the  Season of “Let’s preach on the Psalm.”  Then on Monday I listened to a podcast that features three Lutheran seminary professors sitting around chatting about the next Sunday’s Bible lessons.  And one of them, Karoline Lewis, said of today’s Gospel lesson, “If you are going to read this passage out loud, you MUST preach on it.  You can’t just leave it out there without comment.”  Because we’ve all experienced failure in intimate relationships, and we have all been affected by divorce – even if you have not been divorced yourself, you may be the child of divorced parents or the sibling, parent or close friend of a divorced loved one.  Whatever, we’ve all been hurt, angered, saddened, and left bereft by divorce.  So, I’m not chickening out.  Today is “Boldly preach on the Gospel lesson without fear, but somehow do it with humble sensitivity” Sunday.

‘Some Pharisees came to test him, “Is it lawful for a man to divorce his wife?”  Jesus answered them, “What did Moses command?” They said, “Moses allowed a man to divorce her.”  But Jesus said to them, “Because of your hardness of heart he wrote this commandment.  But from the beginning of creation, ‘God made them male and female. For this reason, a man shall leave his father and mother and be joined to his wife, and the two shall become one flesh.’  So, they are no longer two, but one flesh. Therefore, what God has joined together, let no one separate.  Whoever divorces their spouse and marries another commits adultery.”

First, let me apologize.  If you have been made to feel excluded or judged by a priest or pastor because you have been divorced, I’m sorry.  On behalf of Christ’s church, I am sorry for the way we priests and pastors have sometimes used the words of Jesus to guilt you out and chuck you out.  We have misunderstood and we have hurt you.”

Second, let me empathize.  If you have failed in marriage, or indeed in any important relationship, you are part of a club which I’m also a member of.  In fact, what we’ll call the Club of the Broken is very large.  Most marriages don’t end in divorce, but even the very best of them have moments of selfishness, neglect, and hostility.  The humble married person looks at divorce statistics and says, “There but for the grace of God and the patience of my spouse, go I.”  The Episcopal author Madeleine Engel reflects on this. “It’s extraordinary that we have been married for 29 years.  Our expectations of marriage were false to start with.  Neither of us knew the person we had promised to live with for the rest of our lives. The first bitter lessons of marriage consisted in learning to love the person we had actually married, instead of the image we wanted to have married.  In one way or another, we are all unfaithful to each other.  I can look at the long years of my marriage with gratitude, and hope for many more, only when I accept our failures.  There have been times when I’ve been so angry or so hurt that I thought my love would never recover.  And then, in the midst of near despair, something has happened beneath the surface.  A bright little flashing fish of hope has flicked silver fins and the water is bright and suddenly I am returned to a state of love again – til next time.  I’ve learned that there will always be a next time, and that I will submerge in darkness.  But each time something has been learned under the waters; something has been gained; and a new kind of love has grown.  The best I can ask for is that this love, which has been built on countless failures, will continue to grow.  This is a mystery, and a gift;  through grace, our failures can be redeemed.”

So, where was I?  Oh yes, apologize, check.  Empathize, check.  Three, explain what Jesus actually meant in this incredibly difficult Gospel lesson.

Context is everything; and the context for these words of Jesus is a question from some Pharisees: “Is it lawful for a man to divorce his wife?”  Fair enough question, you might think.  Except it wasn’t.  Mark tells us that their motive was to catch Jesus in a trap.

Are you conservative or liberal?  That was the real meaning of their question.  Divorce, you see, was a hot button issue which divided society, and there were two schools of thought.  The liberal one taught that a man could divorce his wife (and I do mean a man could divorce his wife and not the other way round) for any reason.  If she burned the toast, he could divorce her.  On the other wing of Hebrew scholarship was the view that divorce was only permissible on the grounds of adultery.  Human beings, of course, love to divide ourselves into neat little boxes – ‘liberal’, ‘conservative’, ‘moderate’, whatever, and then we think we know all there is to know about a person’s values.  So, how does Jesus wriggle free from this trap?

Well, he looks straight through the gotcha question to the big picture.  What were God’s original intentions when creating marriage?  Marriage, he implies, is not about rules.  It’s not a legal contact, but a mystical, sacred, spiritual union between two people which reflects God’s perfection.  Jesus holds up the perfect standard – no divorce.  For Jesus, marriage is not a piece of paper, but two spirits, souls, minds and bodies ceasing to be just two, but becoming one.  And it stands to reason that that union should not be broken but be protected, cherished, and honored by all people until the couple is parted by death.

Ooh.  That sounds harsh, doesn’t it?  But let me say again, context is everything.  And there are three important differences between Jesus’ context and ours.

First, Jesus is living in a culture where women were property.  Women were powerless.  For us, if a married man sleeps with a married woman, he is harming his wife – he is sinning against her.  But in Jesus’ culture, it wouldn’t be his wife he’d be sinning against because she has no rights; no, it was the other man he was sinning against, by sleeping with his wife.

Second, the prospects for a divorced woman were bleak.  Her birth family was  embarrassed to take her back.  She probably had to live in dire poverty, or resort to degradation to survive.  So, it is quite possible to read Jesus’ words as a strong defense of the dignity of women.  Don’t divorce your wife because she will suffer poverty and shame.

Third, Jesus doesn’t mention any exceptions, for example, for spousal abuse.  And in that culture, you wouldn’t expect him to.  But it would be wrong and dangerous to conclude that because he doesn’t encourage battered spouses to leave their abusers, therefore he would say to our culture, “If your spouse is hitting you, just go back in there – remaining married is more important than your physical or mental safety.”  That doesn’t sound like the Christ who placed people ahead of religious laws and traditions.  No, if Jesus were to speak to our culture, I believe that he’d advise abused spouses to do what they needed to protect themselves and their children.  And one final comment about cultural differences, if you’re uncomfortable that Jesus seems to have a view of marriage that is limited to traditional families, then relax.  Marriage equality just wasn’t a thing in first century Hebrew society, and it would be unrealistic to expect Jesus to include it.

In the context of a society where women are disposable, where a man could discard his wife for any little thing that irritates him, Jesus says, “Hold on.  Why are you arguing about rules?  There’s something more important here.  Sure, guys, the Hebrew law gives you the freedom to divorce for trivial reasons, but that is not God’s perfect standard.  Let’s set our sights higher.  God’s perfection is love – it’s unity, it’s one flesh, it is mutual submission and devotion.”

I believe God still holds up perfection as the goal, because it should be, shouldn’t it?  It is right and good and natural and noble that when a couple marries, they think big, they plan to be together forever; they don’t intend to mess up, neglect each other, or just drift apart.  But.  But.  Two buts – you know this next bit is important – if Jesus were standing here now talking about marriage, I think he’d remind us of this sobering truth that I hope you’ve picked up on by now – we’re all members of the Club of the Broken.  Yes, let’s aim high – in all our relationships – let’s aim and being the best parents, children, siblings, friends, co-workers, church members we can.  We’ve got to aim high, haven’t we?  The love of God compels us to.  But let’s remember that we’re broken.  We will mess up.  If you’re married, your spouse will let you down, and you will let them down.  If you have kids, they will disobey you and be rude to you; and you will fail in how you treat them too.  We’ll shrug when an elderly parent needs our help, we’ll trash talk our co-workers behind their backs.  Life in the Club of the Broken hurts.  And the biggest hurt is not always what people do to me, but the pain that comes from knowing what I do to them; that I fail to live up to my own standards, let alone those of God.

It’s week two of our autumn campaign, ‘Every Perfect Gift’.  Today is the Gift of Family.  And it is a gift.  Sometimes a frustrating one, often a painful one, some days it’s a joyful one, but it’s always a blessed one.  In our families we learn what to means to be members of the Club of the Broken.  But we also learn to be healed, to love, to give, to forgive, to be patient, to endure.  The Club of the Broken is where we learn to live at our best, where we grow into the fullness of being human, and where we become like Christ.  This week in the Club of the Broken, may you feel the joy of membership.